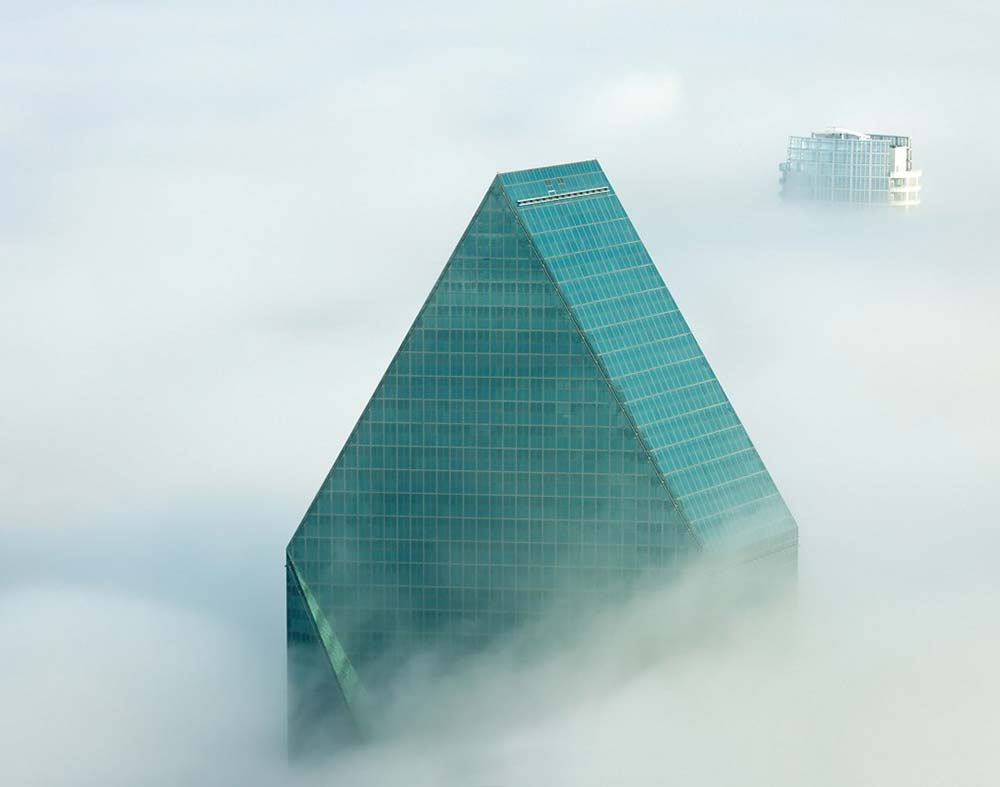 The Iconic Architect I.M. Pei Left An Indelible Mark On The World — And Especially So In Dallas — Before Passing At The Age Of 102.

A true giant of architecture, I.M. Pei died on Thursday, May 16, 2019, at the admirable age of 102. His will undoubtedly be a life remembered: Pei leaves behind a portfolio filled with some of the most iconic modernist buildings in the world.

He also leaves behind a particularly indelible mark on Dallas, where five of his designs make up part of the city’s downtown core: Dallas City Hall, One Dallas Center, Energy Plaza, Fountain Place and the Morton H. Meyerson Symphony Center.

Only New York City and Boston boast higher counts among the 70-plus large-scale projects Pei designed over the course of his 60-year career.

Pei’s relationship with Dallas began at age 60, some 35 designs into his career, when the architect was commissioned by mayor J. Erik Jonsson to conjure a Dallas City Hall design that might help the city overcome its still-tarnished image more than a decade removed from President John F. Kennedy’s assassination in the city in 1963. Completed in 1977, the building’s look is classic Pei — concrete-forward and sharply angled.

That initial local effort would be followed by four additional Dallas projects — most notably the fully glass and sky-slicing Fountain Place and the Arts District-anchoring Morton H. Meyerson Symphony Center. While the latter would be Pei’s final architectural contribution to Dallas, it was not the end of his local influence: In 1989, the same year that the Meyerson opened, Pei unveiled what will be likely remembered as most famous monument, the glass pyramid entrance to The Louvre in Paris; that design, it’s safe to say, clearly influenced the similar pyramid entrance since erected outside of Downtown Dallas’ Renaissance Tower.

Not far away from Dallas, the lone residential structure Pei ever designed can be found in Fort Worth — a fact noted by Dallas Morning News architecture critic Mark Lamster in his perhaps-justly tepid post-morten of Pei’s prolific career.

His designs may not have erased the memory of Dallas’ darkest moment, no. But cold and ubiquitous as Pei’s aesthetic was, there’s no doubt that it set the table for the brash and unapologetic Dallas skyline that we all love today.

Below, let’s take a tour of Pei’s five contributions to Dallas’ architectural identity.

The eye-catching political center of the city, Pei’s first contribution to Dallas architecture was memorably immortalized 10 years after its construction in 1987’s Dallas-shot RoboCop.

IM Pei was the first architect I ever knew anything about, thanks to this beauty in my hometown. RIP, genius 🙏 • • • #impei #starchitect #louvre #dallas #dallastx #dallascityhall

At 192 meters tall, Pei’s second-tallest Dallas building wasn’t too stylistically different from his previous effort. (It’s split building on the left of the below photo.)

Checked out our new office today. The view up here is amazing.

At 219.5 meters tall, the fifth-tallest current skyscraper in Dallas is Pei’s highest-reaching building in the city. It was named for the 172 fountains at its base, which were apparently designed by the same company that would go on to design the famous fountains outside of the Bellagio Hotel in Las Vegas.

Pei’s last Dallas building would find the architect returning to the same concrete-heavy look with which he entered the market.

Yesterday was gorgeous and for once I had an open schedule, so I tried and tested my new old Canon TS-E 24mm f/3.5L tilt shift lens accompanied by @steevithak. I love architecture and architectural photography and this lens makes it a lot easier. This is the Morton H. Meyerson Symphony Center in the Dallas Arts District by IM Pei. #architecture #architecturephotography #impei #modernarchitecture #dallasartsdistrict #meyerson #mortonhmeyersonsymphonycenter #dallas #tiltshift #canontse24 #tse24mm #canon6dmarkii