The Spread: Fletcher’s Corny Dogs Makes A Play For UNT. 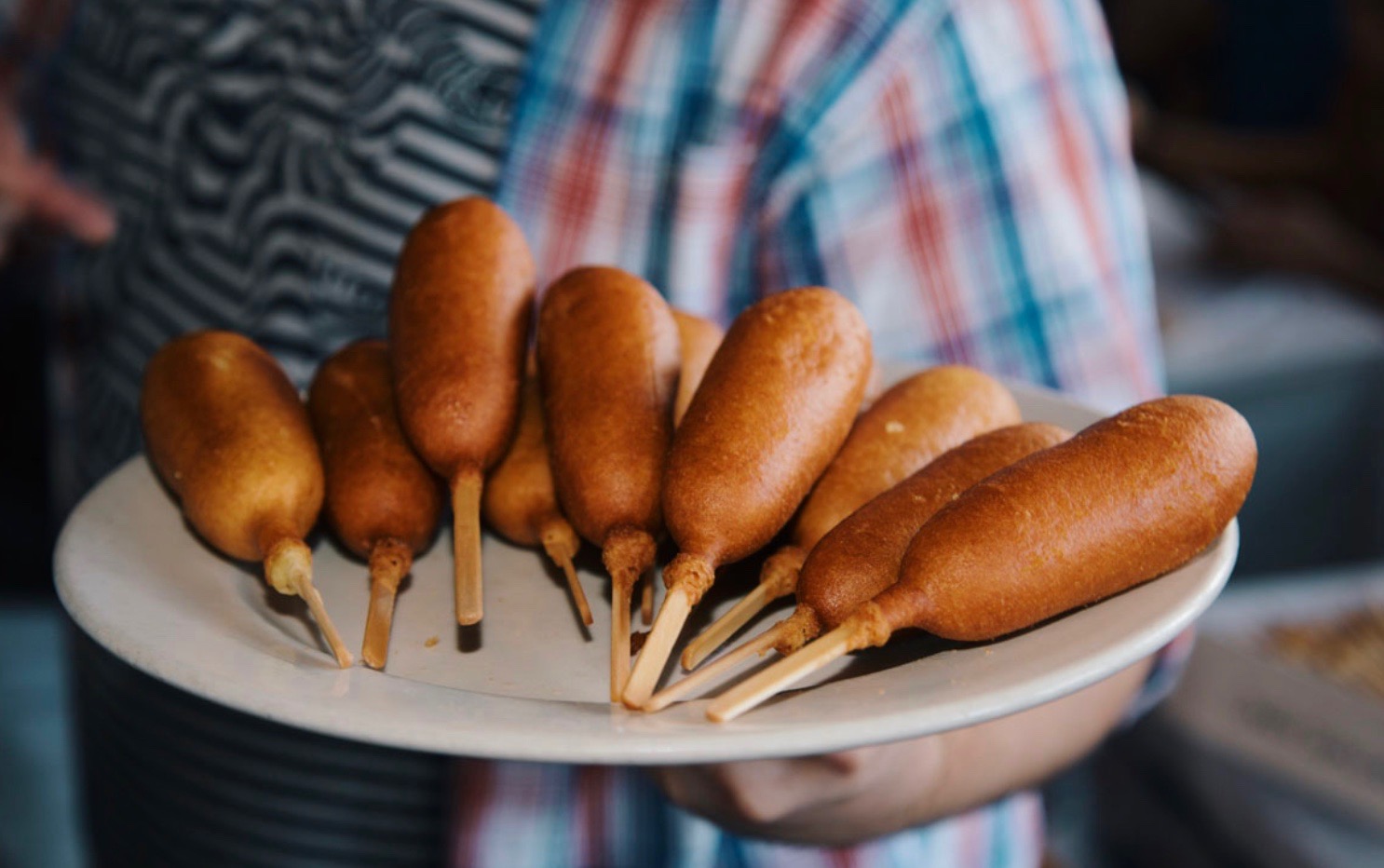 Fletcher’s Corny Dogs is spreading its wings with a stand beyond the State Fair of Texas. The fair favorite announced it is joining the concessions at the University Of North Texas’ Apogee Stadium for the entirety of the fall 2019 football season. The news of a semi-permanent concession comes after a possible family strife with the introduction of Fletch, a completely separate corn dog company started earlier this year by the granddaughters of Fletchers founder, Neil Fletcher.

Zoli’s is returning to Oak Cliff for one night only. The pizza purveyors will be serving personal-sized pies alongside beer and wine on Sunday, June 23, at Taco y Vino. The first pies go out at 6 p.m., and will be made until they run out.

The end of the month has another pop up to look forward to, as the beloved NYC-based sweet shop  Milk Bar comes to Dallas. From June 29 to 30, the Milk Bar truck is stopping at Emporium Pies as a part of its five-city tour. Offerings will include their infamous cereal milk ice cream, compost cookies, Milk Bar pie, truffles and more.

Meanwhile, in openings, Gus’s World Famous Fried Chicken is coming to Deep Ellum. The famous Memphis chicken joint is opening at 2904 Commerce Street later this summer. The Deep Ellum spot is the second North Texas location, following the chain’s 2016 debut in Fort Worth. The new spot will have later weekend hours to cater to the neighborhood’s seemingly ever-growing fried chicken lust.

Over in Uptown, Chicago-based boujie convenience store Foxtrot is debuting later this month. The 2822 McKinney Avenue space is the brand’s first location outside of Chicago. Among its range of goods and services, Foxtrot offers 1-hour delivery service to select Dallas neighborhoods, with more expected when the shop expands to University Park this summer, Eater reports. The store officially opens on Tuesday, June 25. Hours are 7 a.m. to 11 p.m. Monday through Thursday, 7 a.m. to 12 a.m. Friday, Saturday 8 a.m. to 12 a.m., and Sunday 8 a.m. to 11 p.m.

Speaking of expansions: Greenville Ave. Tex-Mex favorite Blue Goose Cantina is making its way to Fort Worth. The new outpost will be located at 1600 University Drive, in a space that was once home to Bread Winners and Blue Mesa Grill. Construction is already underway on the company’s eighth area location, with an opening slated for the fall.

In barbecue news, Cattlelack BBQ offers some killer weekly specials. Meaty options like brisket boudain and pork belly ribs are just two of the offerings that can be found regularly at the Farmers Branch hidden gem, which you can track via their website or signing up for their weekly emails, per Dallas Observer. Cattlelack’s hours are from 10:30 a.m. to 2 p.m. Thursday and Friday, and the first Saturday of each month from 10:30 a.m. to 2 p.m.

Back downtown, Hard Rock Cafe is closing its Victory Park location. CultureMap reports that while the venue is at the end of its 10-year lease, there is a possibility it could return. The last day to visit the memorabilia will be July 31.

On a slightly sweeter note, a new doughnut shop out in Plano is rolling out some wild flavors. D’Oh Nuts is serving creations like an American cheese/Ritz doughnut made with — you guessed it — American cheese “icing” and topped with mini-peanut butter Ritz crackers, according to CultureMap. It will also be offering another American cheese doughnut topped with round Cheeto puffs. In addition to the unique treats, you can also find an assortment of traditional doughnut shop goodies and other breakfast items. The shop is open Monday through Saturday from 6 a.m. to noon.

Also in Plano: Dallas Stars owner Tom Gaglardi is introducing a venture called Shark Club Sports Bar & Grill. The concept originates from Canada, with Dallas marking the first U.S. location. Shark Club emphasizes that it’s more than just a typical sports bar, balancing exceptional service with quality entertainment and spirited fun, according to a press release. As for the food, expect traditional Canadian influences like poutine, alongside American bar bites like chicken wings and something called a keg of nachos. For the bar side of things, there will be a selection of classic cocktails, signature drinks, local beers on tap and wines. An opening is slated for later this summer, just in time for football season.

And finally, in craft beer news, Rahr & Sons is partnering with Oak & Eden on a small batch series. The collaboration infuses the Iron & Thistle Scottish Alenand Dadgum IPA into two different bourbon whiskeys. The series is set to debut this month, with distribution throughout Texas and Oklahoma.