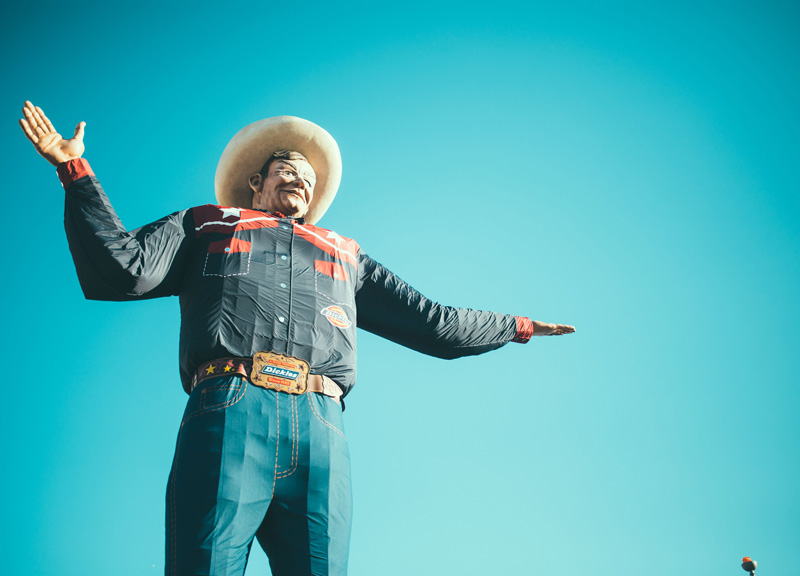 The State Fair Is Serving Edible Cups, The Granada Is Doing A Farmer’s Market and More!

The gluttonous ordeal colloquially known as the State Fair of Texas kicks off in two days, you guys! Two days! Are you stoked? You should be if the idea of eating cups sounds like your idea of a good time.

It’s not as crazy as it sounds: Per Guidelive, this year’s State Fair offerings will include Maine Root sodas that you can purchase in edible cups known as Lolliware that will come in cotton candy or candy apple flavors. If the concept sounds familiar, perhaps you’re a Shark Tank fan? The Cubes invested in the idea on that show.

And he’s not the only Dallas reality TV personality with some interesting food stokes in the fire this week. Per the Dallas Observer, former Top Chef competitor Tiffany Derry has three new concepts in the works — a spot called Roots Southern Table in Trinity Groves, another one called Roots Chicken Shack that’s headed to Plano’s Legacy Hall complex, and a TBD window service spot on Cedar Springs.

More exciting on-the-way news comes courtesy of Guidelive, which breaks the exciting news that Dallas’ long-standing tiki bar drought is coming to an end. Unfortunately, it’s coming at a price, though, as the owners of Three Sheets are shuttering that Ross mainstay to open a tiki bar nearby called Pilikia. Still, we’ll call this one a net gain.

Another gain? The Granada Theater is bringing a farmer’s market to Lower Greenville every other week, starting this Sunday, reports Dallas Observer.

On the other end of the spectrum, The Black Eyed Pea began abruptly closing its locations all around Texas this week, with the Arlington location being the last one standing at this point, says the Dallas Morning News. It’s a bit of a shame, but we can’t say we didn’t see this one coming, right?

But let’s not end this week’s food news briefs on that low note. Rather, let’s give some props to the homies at Cold Beer Company who are celebrating their two-year anniversary on Sunday, October 2. They’ll be celebrating first by watching the Cowboys with $3 drafts, and then by serving $5 shots all night long. Also, there will be live music courtesy of Mo Robinson and Hell Texas. Details on that one can be found here.