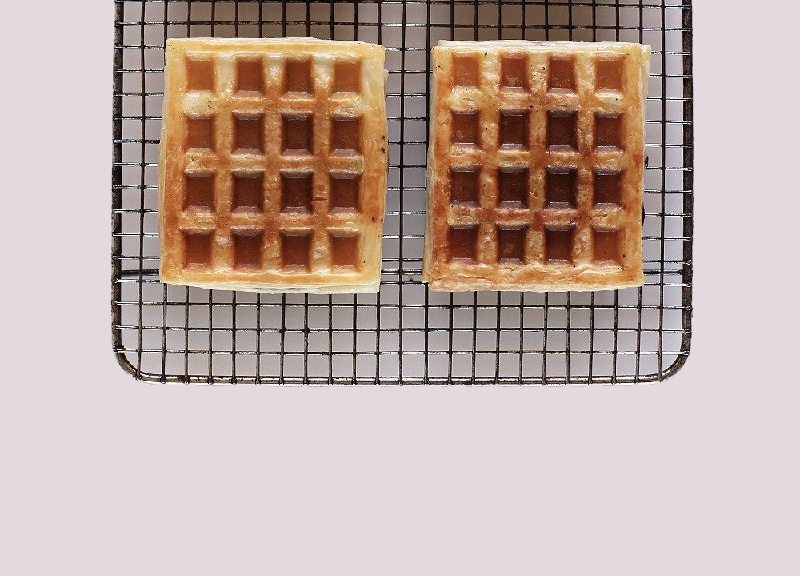 Get Ready For Croffle Fever, And For Easy Slider To Add Snow Cones To Its Growing Empire.

On top of the still forthcoming brick and mortar location and rolling bar, Easy Slider owners Miley Holmes and Caroline Perini are adding another venture to their fleet of mobile businesses: a shaved ice truck called Open Road Shaved Ice.

We reached out to the ever-busy duo for details about the new venture, to which Holmes responded via email, “Open Road is Dallas’ COOOLEST shaved ice truck! We offer a mix of old school classics (Tigers Blood, Strawberry, Banana) and fresh new flavors (Cantaloupe, Ruby Red Grapefruit with Mint, Strawberry with Black Peppercorn, Peaches & Cream). Our ice is shaved from a large block of ice, which gives it a light and fluffy texture…it’s truly like snow! All syrups are made in-house with pure cane sugar- never any high fructose corn syrup or preservatives. We have classic shaved iced add-ons like a scoop of ice cream and condensed milk, as well as a pup cup for your fur babies.

“Caroline and I both grew up eating shaved ice. I mean, I grew up in south Mississippi, where there’s a snoball stand on every other block. We both love the classic sugar bomb flavors, but we are excited to showcase some more unique flavor combinations. It’s one of those things where we found ourselves saying ‘Someone ought to do this’ and ‘I wish someone would do that,’ till finally we decided to quit obsessing over it and do it ourselves. And lucky for us, it’s a perfect match for Easy Slider.”

Open Road Shaved Ice launches this weekend at the Buffalo Gap Food & Wine Summit, which is not too far from Abilene.

Another sweet treat to look forward to is the Korean specialty pastry known as a croffle, which is making its way to Dallas, via 9 Rabbits x Boba House. The venture is the brainchild of owner and pastry chef Grace Koo, who is remodeling the popular bubble tea spot Boba House, according to CultureMap‘s Teresa Gubbins. The croffle — a cross between a croissant and waffle — will be one of the signature items featured in a menu of French and Asian-inspired pastries, alongside sandwiches and an expanded tea selection. Construction is currently underway, with an opening slated for June 9.

Moving forward, an offshoot of Lower Greenville’s Truck Yard will soon be hitting Fort Worth. Things are already starting to take shape over there. As FWVoice reports, construction has begun on The River District development, where the Truck Yard’s sibling will be located at Crystal Springs on the River. The 276-acre project aims to be an “upscale residential and commercial community” with plans to welcome residents by spring 2017. A completion date for Crystal Springs on the River is slated for summer 2017.

In more expansion news, an outpost of Haystack Burgers and Barley is headed to Uptown. The second location of the burger concept will planned for Turtle Creek Village, with an opening slated for August.

Over in Downtown, meanwhile, Americano at The Joule Hotel is joining the brunch brigade. The weekend brunch menu includes items like a breakfast pizza, Nutella-filled donuts or a fried egg sandwich made with porchetta, pepperonata and home fried potatoes. Brunch is available Saturdays from 11 a.m. to 2 p.m. and Sundays from 11 a.m. to 3 p.m.

Elsewhere at The Joule, CBD Provisions has recruited 12 of the city’s top female chefs for its first De La Terre dinner on Sunday, May 1. The lineup includes chefs such as Danyele McPherson (HG Supply Co., Remedy), Anastacia Quinones (Kitchen LTO), Misti Norris (Small Brewpub) and Carolanne Treadwell (CBD Provisions) preparing an eight-course dinner, with chef Brian Luscher (Luscher’s Red Hots, The Grape) as the emcee for the event. A portion of the night’s proceeds will go to the Genesis Women’s Shelter. Tickets are available for $130 a person, with an additional $50 for wine and cocktail pairings. The event begins at 6 p.m.

Over in Deep Ellum, Washington D.C.-based Amsterdam Falafelshop is coming to the Metroplex. In addition to falafel, the fast-casual concept will feature shawarma, and will be the first location to serve beer (permit pending) according to CultureMap. The restaurant will also feature a hemp seed oil-infused Cannabis Energy Drink. Hours will run until midnight Sunday through Wednesday, and will stay open until 3 a.m. on weekend nights. An opening is slated for May.

On the other hand, in closing news, chef David Anthony Temple (DAT) announced this past weekend that his restaurant Twenty Seven will be shutting its doors. In a message on social media, Temple informed fans that this past weekend would be the final weekend of service for the Elm Street restaurant, but that he would continue to host and cater private functions. Temple reached an agreement with his landlord and management company that if enough events were booked for the month of May, the space could continue to be used for the month. In the meantime, he is hosting an Underground Dinner party on Friday, April 22, followed by a clean-out-the-bar party on Saturday, April 23.

In craft beer news: TUPPS Brewery in McKinney is hosting a doughnut and beer pairing on Saturday, April 23. For $15, the first 100 people will get five 4-ounce beers paired with doughnuts courtesy of The Donut Kitchen. The event begins at 11 a.m.

After opening its second location, Malai Thai Kitchen now has an official brewmaster. Per EscapeHatch reports, brewmaster Matt Reynolds will oversee the Southeast Asian-inspired beers available at the restaurant’s Southlake and Uptown locations.

Cover photo via notey. Got a tip for The Spread? Email us!