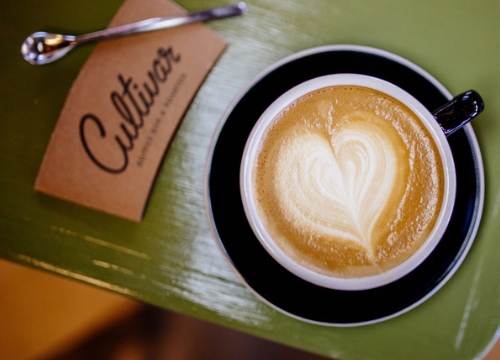 Filament Says Goodbye To Its Chef, And Cultivar Gets A Standalone Location.

Since its recent opening, it seems Filament has been dominating the food news cycle. And now it continues to do so, as Cody Sharp left his executive chef position at the trendy Deep Ellum spot. The chef’s departure was first reported by Mike Hiller of EscapeHatch, then confirmed by Filament via email to Eater Dallas. No further details have been confirmed.

And that’s not the only new Deep Ellum spot being buzzed about. As we reported yesterday, Independent Bar & Kitchen will soon bring a European-style flair to the neighborhood. The restaurant is the brainchild of the folks behind Off The Record and Club Dada. The venture will serve European comfort (read: pub) foods, with items such as mussels and frites and shepherd’s pie, alongside a craft bar program. Look for an opening this spring.

In expansion news: The Halal Guys are setting up shop in the Metroplex this summer. The Dallas outpost will be the second Texas location for the NYC-based chain, following a recent Houston opening. Per Eater Dallas, the Lemmon Avenue restaurant will feature late night hours once it opens in July.

Skipping over to The O.C., Cultivar Coffee is set to hit Oak Cliff with its first standalone location on Monday, April 11. According to a press release, the shop, located in the new Jefferson Tower development, marks the fourth location for the coffee roaster. Hours will run Sunday and Monday from 7 a.m. to 7 p.m., Tuesday and Thursday from 7 a.m. to p.m., and 7 a.m. to 10 p.m. on Friday and Saturday.

Meanwhile in the neighborhood, Kessler Pie Co. is branching out of the virtual realm with an Oak Cliff shop opening up. The storefront will be located in the former Roots & Culture space, where customers can purchase whole pies and individual-sized glass jar pies. An opening is slated for May.

Finally, in craft beer news: On Rotation is hosting Evil Duality with Evil Twin Yin + Yang on Thursday, April 7, where rare taps of Evil Twin Brewing’s Yin and Yang will be available. The event starts at 7 p.m.

On Saturday, April 9, Community Beer Co. is hosting a Battle of the Brews. The first round of the new series features two competing brewers showcasing their rendition of a Belgian Table beer. The event begins at 2 p.m.

Also on Saturday, Deep Ellum Brewing Co. is celebrating World Water Day. The brewery is partnering with Tenfor10, where proceeds from the event benefit the water project in Kicukiro, Rwanda. The event takes place from noon to 3 p.m.