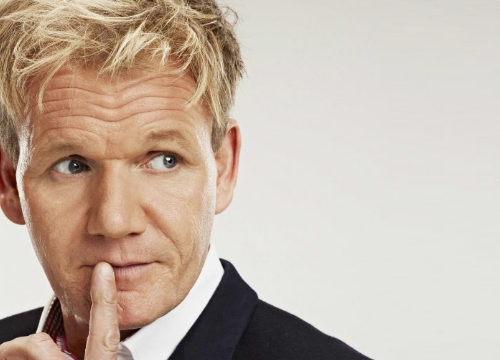 MasterChef Scouts Dallas For Talent, And Jessie Frye's Beer Gets A Release Date.

“It never specifically crossed my mind that I would have my own beer,” Frye says about the opportunity. “But it's definitely at the top of my list of things I am proud of. I am passionate about branding myself with an honest image that my fans feel they can relate to, or at least be a part of. So having a beer that people can enjoy with my name attached to it, as well as an amazing local brewery like Noble Rey, it's humbling and makes me feel very connected to my audience!”

The inaugural tasting will be held during the Jessie Frye, Sudie and Birds of Night show on Saturday, March 5, at Three Links. Tickets are currently available here.

Home chefs looking to break into the big time can plan head for the MasterChef Dallas casting call. The show will be scouting potential contestants for its eighth season on Saturday, April 16. Additional details will be released on the website in the near future.

Moving forward: Uptown will soon be home to a food hall. The Uptown Urban Market will be a 7,000 square-foot amalgamation of local food vendors and artisans in the former Sfuzzi space, according to CultureMap. Pizza, coffee and tacos are a few of the offerings slated to occupy the space, although vendors are still currently being scouted. Look for an opening this spring.

Meanwhile, a concept called Knuckle Sandwich Company is set to fill Greenville Avenue's former Vagabond space. Per Teresa Gubbins of CultureMap, the business will be a sandwich shop and deli hybrid with a serious bar program, courtesy of the folks behind Parliament Bar.

In expansion news, McKinney's Sugarbacon Proper Kitchen is opening another location in Lakewood. The second outpost will fill in the gap left by the recently shuttered Dixie House, as reported by SideDish's Catherine Downes. An opening is slated for late summer or early fall.

Something else to get excited about? Hello Kitty fans and novelty food truck lovers can check out the Hello Kitty Cafe Truck in Plano on Saturday, March 12. The event marks the first North Texas appearance for the truck, which specializes in sweets inspired by the Japanese character. The truck will be located at the Shops at Willow Bend Mall from 10 a.m. to 8 p.m.

In craft beer news: Noble Rey Brewing Co. is hosting a Bromance Movie Night on Thursday, February 25. The night caps off their February bromance movie series with the last installment of the Cornetto Trilogy. The event takes place from 6 to 9 p.m.

Finally, on Saturday, February 27, Bishop Cider Co. is hosting the grand opening of its new, expanded brewery in the Design District. The event will showcase 18 different ciders, including a preview of a future release, and stock of their Cinnamango brew. The party runs from noon to 6 p.m.