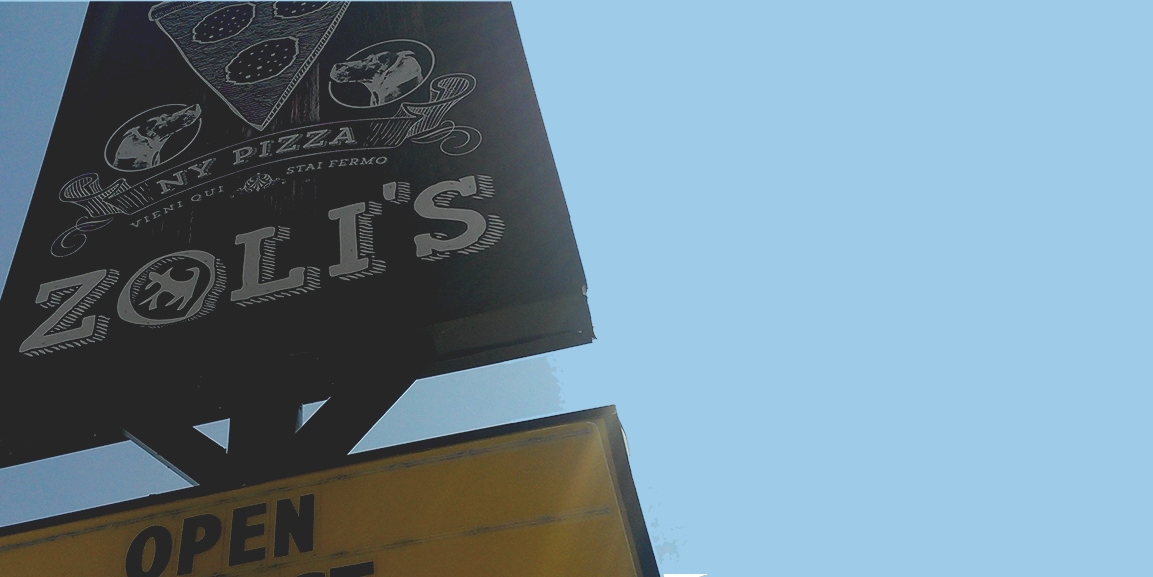 Kitchen LTO Names Its Next Concept, Gas Monkey Expands, And Zoli's Shuts It Down.

This week, Nick Amoriello (Rapscallion) won the vote to become the next executive chef at the it-might-as-well-be-a-reality-TV-show concept Kitchen LTO. His sixth round of the rotating space will focus on “modern regional” cuisine made with his classical French technique and contemporary plating. Proposed dishes, says Amoriello, include things like buffalo fried quail, smoked antelope ribs and venison tartare served with quail egg and black truffle puree. In regards to the menu philosophy, an official press release reads thusly: “Treat everything with the respect and passion it deserves, never base your first impression on anything, ingredient, or person. Basically, act right.”

The next cycle of the restaurant begins with dinner on Wednesday, March 2. Lunch will be added the next day, followed by brunch that weekend. The last service for current executive chef Anastacia Quinones, meanwhile, takes place on Sunday, February 28.

Moving forward, Oak Cliff's in for a bit of heartbreak with the Valentine's Day closing of Zoli's Pizza. While news of the restaurant's last days surfaced some time ago, recent developments confirm that we will see a resurrection of the venture in North Dallas. According to a Dallas Observer report by Alice Laussade, the new space will function as a sit-down pizzeria with an expanded menu and full bar. An opening is slated for sometime this summer. Silver linings, I guess.

On the sweeter side of things, Luck is hosting a cupcake and beer flight event this Valentine's Day. Chef Annie West will serve treats like red wine chocolate cupcakes with French buttercream, Italian cream cakes filled with lemon curd alongside brews from Community Beer Co., The Collective Brewing Project and more. Flights feature four cupcakes and 4-ounce beer samples for $25. The special is available on Sunday, February 14, at 11 a.m., until supplies run out.

The day before that, Dallas Beer Kitchen is hosting its third annual chocolate and beer pairing with Kate Weiser Chocolate. Couples pricing runs at $50, with $30 for individuals. The event takes place at 7:30 p.m.

Yet another V-Day team-up seesThe Hospitality Sweet pairing with LASH Delivery to bring special holiday gifts to your loved ones this weekend. The package contains a half-dozen holiday themed cake pops and a bottle of prosecco for $29.95 plus a $5 delivery fee. Orders must be placed before Friday, February 12, at 5 p.m. The offer is available to Dallas, Plano and Denton county residents who are 21 and over.

In opening news, the folks behind Sugarbacon Proper Kitchen in McKinney are adding another restaurant to their portfolio. The sibling venture, Butcher Board, will center on chef-driven sandwiches. Per CultureMap's Teresa Gubbins, customers will be able to watch as large roasts are hand-carved. The menu will also feature Sugarbacon's signature smoky lard-fried potato chips.

Similarly, the California-based Water Grill is planning to open its first out-of-state outpost in Uptown. The restaurant concentrates on fresh, seasonal seafood, prime cuts of meat and desserts with a curated local craft beer and wine list. According to the company's website, an opening is slated for fall 2016.

In other expansion news: The Gas Monkey empire is expanding with an unnamed new concept. Per GuideLive, the restaurant will be a “fast-food casual drive-in,” with an eye towards nationwide reproduction. Look for an opening this summer.

Following up on the 2016 US Coffee Championships this past week: Ben Lytle of Novel Coffee Roasters won the western conference Brewer's Cup, advancing him to the national championship.

Lytle gave us his reaction to this stage of the competition: “Placing first in the Western Conference US Brewer's Cup was very fun! It made me very thankful for our team at Novel, since each of us played a vital role in the success we found in Kansas City. It is encouraging in looking to Nationals, as well as in our day-in and day-out goal to create fantastic coffee.”

In less jubilant news: The Anvil Pub recently set up a GoFundMe page after a popular employee was involved in a motorcycle accident. Nearly $10,000 has been raised in less than 24 hours for medical and living expenses — listed as Dani's Medical Fund — as she survived without any life-threatening injuries, but lost her left leg. The fundraising amount is set for $30,000, with the bar also accepting donations in person on Dani's behalf.

Finally, in craft beer news: Four Corners Brewing Co. and TJ's Seafood Market are debuting their “TJ's Love Mussel” Oyster Stout this Saturday, February 13. The full-bodied foreign extra stout is brewed with salt and brine from fresh Duxberry Bay Massachusetts oysters, and balanced with rich chocolate notes. A portion of the proceeds from the release will benefit the Meat Fight battle against multiple sclerosis. The event takes place from 1 to 4 p.m.

Cover photo by Stephen Young. Got a tip for The Spread? Email us!