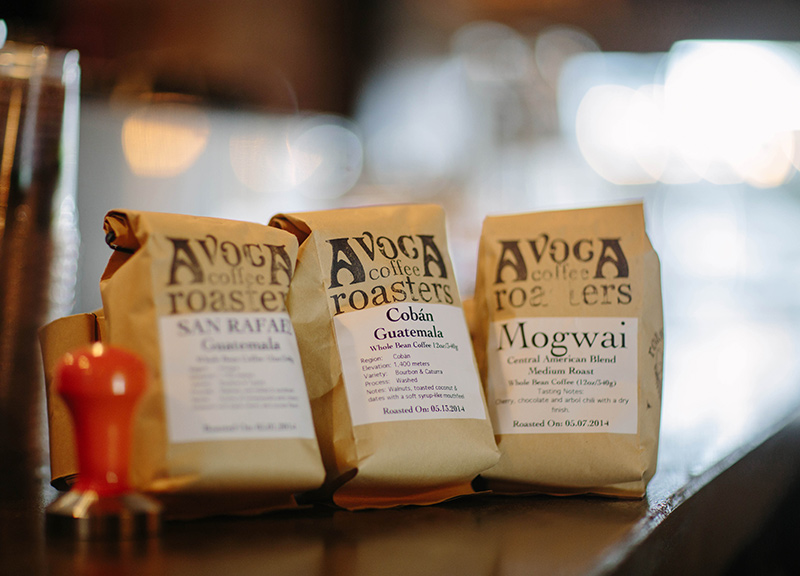 Avoca Heads To Dallas, And Tutta's Pizza Puts It In Park.

This week starts off with some expansion news, as the latest food truck to upgrade to a brick-and-mortar is Tutta's Pizza. The Truck Yard's resident pizza haunt will take over the former Dick's Last Resort space in the West End, according to CultureMap. As for the menu: Smoked meats take the place of more traditional toppings, although standbys like pepperoni will be available. The restaurant also plans to expand its menu to include more desserts, cocktails and more. Look for an opening in early next year.

Meanwhile, Avoca Coffee Roasters aims to open up shop Downtown. The third outpost for the Fort Worth venture will be located in the St. Paul Place building where Pearl Cup was once housed, and will feature noshes courtesy of Bolsa Mercado.

For the tea lovers out there, afternoon Thai tea is one of the main attractions at the newly openedBangkok on Beltline in Richardson. The sibling restaurant of Greenville Avenue's Bangkok City hosts the 20-seat tea session on Saturdays, with a rotating menu of Thai-inspired sandwiches and desserts made by chef Tida Pichakron (Haute Sweet Patisserie).

In other sweets news: Howdy Homemade opens on Lovers Lane this Sunday, December 20. The concept — formed by Texadelphia creator Tom Landis — works with special needs organizations to hire adults with developmental disabilities, per Eater Dallas. The shop will serve a dozen ice cream flavors, including marshmallow, dreamsicle and fruit punch, in addition to a small menu of salads and sandwiches. Hours will run daily from 11 a.m. to 9 p.m.

In East Dallas, signs of life are starting to surface for Hypnotic Donuts' 1920's themed ice cream parlor, Hypnotic Emporium. The new venture will feature ice cream from Denton haunt Beth Marie's alongside a selection of fountain sodas and candy, per the Dallas Observer. You can also expect collectibles like Star Wars Pez dispensers — unfortunately not before the film's release. Look for an opening in early 2016.

Speaking of Star Wars: The Theodore is hosting a cantina party in honor of The Force Awakens' opening on Thursday, December 17. The event runs from 6 p.m. to midnight.

You can also celebrate the film with Grapevine Craft Brewery on Saturday, December 19. The day commemorates the seventh episode of the series with limited release brews The Apprentice Blackberry English Porter and The Master Imperial Coffee Stout. There will also be a costume contest with free beer tokens and merchandise for best-dressed attendees. The event takes place from noon to 10 p.m.

Finally, in other craft beer news: Community Beer Co. is hosting its Beer Under the Christmas Tree event on Wednesday, December 23. Guest can enjoy special tappings of the Vanilla Ascension Coffee Porter made with Ascension Coffee and Rum Soaked Cinnamon Stick Legion Imperial Stout. The festivities begin at 5 p.m.