The Most Interesting Dallasites of 2016: Mark Hughes. 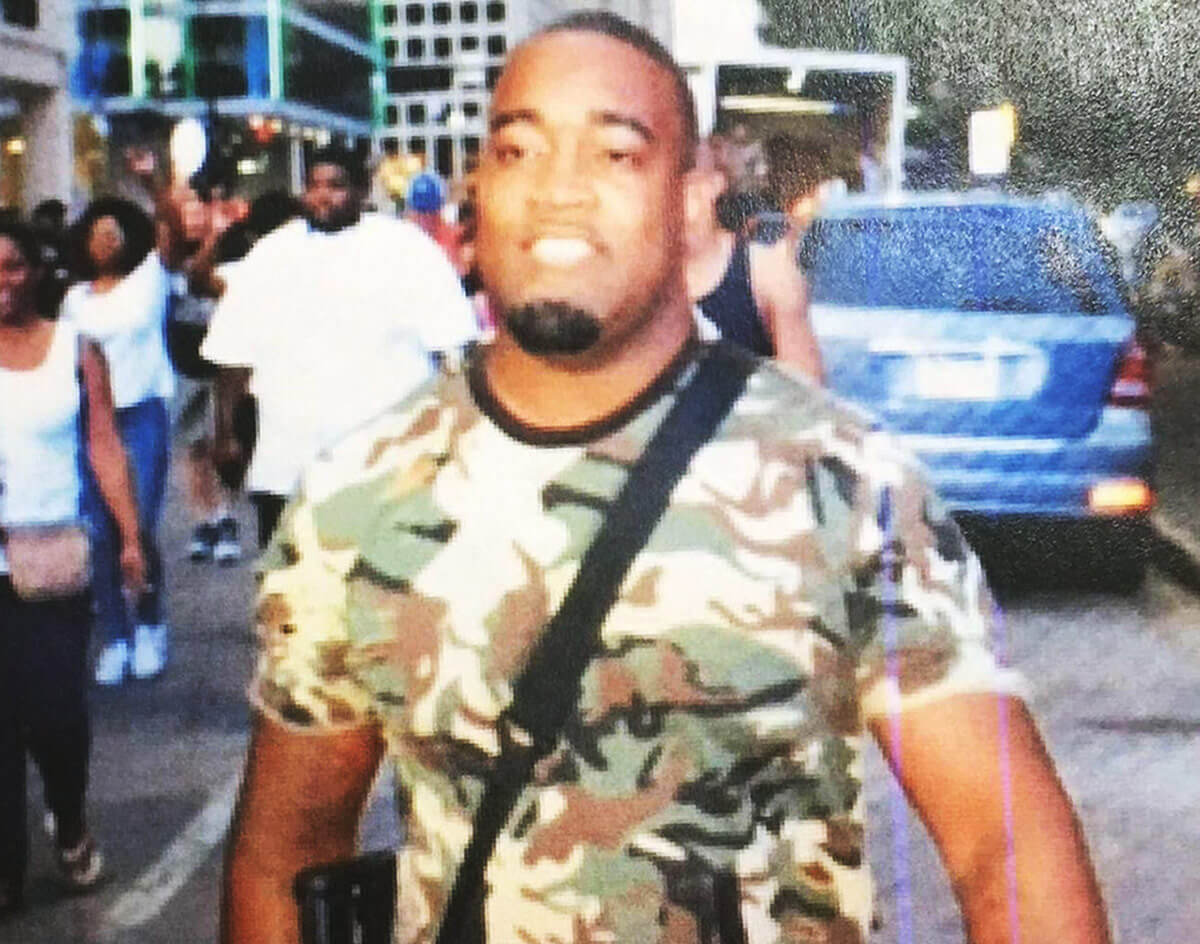 This Year, For More Than 17 Hours, Dallas Police Wrongly Fingered Activist Mark Hughes As The Prime Suspect In One Of Our City’s Worst Tragedies.

Mark Hughes didn’t hear the gunshots coming from Micah Johnson’s rifle on July 7 — but it didn’t take him long to know that something was wrong as he saw a crowd ahead of him on the streets of Downtown Dallas begin to disburse.

It also didn’t take him long to spring into action. Within minutes of that evening’s peaceful protest turning into a tragedy, Hughes handed his own rifle, which he was legally carrying over his shoulder, to a Dallas police officer at the behest of his brother and fellow activist Cory. Then he and his brother got to work helping some of the protesters who had been trampled in the mayhem to get up and guide them to where police deemed as safe locations out of the range of Johnson’s fire.

What Hughes had no idea about — not in that moment, anyway — was how his life would be turned upside down within the span of a few more minutes. A co-worker of his gave him that first indication. Standing by Hughes in that safety zone, that co-worker received a call from her sister.

The message her sister was sharing was brief: “Get away from Mark. They’re going to kill him.”

It was then that Hughes learned that the Dallas Police Department had identified him as a suspect in the shooting of five police officers. At that point, he quickly made his way to police headquarters to clear his name. But all he found were detectives who claimed to have witnesses that saw him firing at officers.

See More In Our Most Interesting Dallasites of 2016 Series:
• Next Generation Action Network’s Dominique Alexander Became A Leader For Dallas’ Frustrated Youth And Minority Communities in 2016.
• In 2016, Luis Olvera Moved His Taco Business Out Of The Backyard, Inside A Brick-And-Mortar And Into The National Spotlight.
• Eleven-Year Old Stand-Up Comic Saffron Herndon Appeared on the Today Show in 2015. And, Somehow, Her 2016 Was Even Bigger.


Within a few hours, Hughes’ name would be cleared. But, even after that point, DPD’s social postings that fingered him as its prime suspect remained — for more than 17 hours.

It was an ordeal Hughes never could’ve imagined. And, for a man who set out earlier in the evening to protest the police’s mishandling of accusations against men of color, it was a nightmare scenario.

Now, six months after the fact, Hughes’ name is cleared — well, formally, anyway. As he told us in a recent interview about what happened on that fateful night, his life is to this day still frequently threatened by those who are still confused by the police department’s screw-up.

What do you do for a living?
I’m an entrepreneur. We own tax offices and snow cone stands. Business is booming. It basically grows ever year.

What was your view of Dallas Police and it’s relations with communities of color before July 7?
I looked at them as being any other police department. The interactions I’d had with DPD hadn’t been negative, but when it came to community policing, I always saw a gap between the police and communities of color.

Did you have any encounters with police before the July shooting?
In my teenage days, I had interactions with police — things like traffic tickets. It was never anything that was newsworthy. It was nothing big enough to be similar to the July 7 incident.

Can you speak some to the energy you felt at the protest that evening?
The energy was phenomenal. There was mass participation from everybody in the crowd. There was all sorts of nationalities, every race. It wasn’t just black people there. It was mind-blowing. It was chilling to see that so many people were concerned and participating in Dallas as well.

What was it like when the march started?
It felt like the old movements. It was powerful. The movement and the crowd was getting bigger and bigger. People on the street were joining in and marching.

At what point did you know that something had gone wrong?
When we were halfway back to the starting point, I saw the crowd break and start running in different directions. I thought maybe a fight had broken out between protesters and an antagonist. When the street cleared, I saw my brother coming towards me, telling me shots had been fired. He advised me to give my gun to a police officer.

What was the officer’s reaction when you tried to hand him your rifle?
The officer was in the same vicinity as I was when the shots were fired. He was reluctant to take it. I’m pretty sure that, at the same time, he was unaware of what was happening, and he probably didn’t hear the shots either. He said, ‘Why don’t you just put it up?’

Do you feel like black gun owners face additional bias that white gun owners don’t?
Absolutely. The law doesn’t pertain to us. It never was for us. That’s very evident when you have Caucasian individuals who can march around federal buildings with their guns and what they’re doing is just “exercising their rights.” It’s very alarming when black people exercise their right and people ask “Why?” And it bothers me, because why would you question one group’s rights but not the other?

What is your view of the Dallas Police department now?
Something I hate is when we categorize a whole group or community based on certain individuals. My view is pretty much the same as it was prior. But when you ask me about people in charge? That’s different. I’m not going to base my entire view of the police department based on Chief [David] Brown and Mayor Rawlings. I found that they were very unprofessional and arrogant. They could’ve simply came out and cleared my name publicly — just like they assassinated my name publicly — but they chose not to do it.

What’s life been like for you after that incident?
There were several threats on me, on my family, on my business. But now – and this is why I don’t mind doing these interviews – there are still individuals who think I had something to do with it. My whole image has changed now. But the good part is that I was given a platform. People think I became an activist after July 7, but I’ve been an activist for more than four years now.

What other question would you have wanted to ask Paul Ryan?
Sitting in that town hall, a young lady asked him a question — and I wanted to follow up. He kept saying that the reason there’s a gap between police and the black community is because black folks feel like they’re being discriminated against. They feel as if they’re facing injustices. I wanted to ask him why he thinks it’s just a feeling — because, as long he thinks it’s just a feeling and I’m saying it’s my reality, then there’s always going to be a wall up.

If you could go back in time, would you have done anything differently on July 7?
Not at all. Not at all. If I had done anything outside the parameters of the law, then yes. But I was acting within the law of the land. I did absolutely nothing wrong. I actually cooperated with and assisted officers, and I exercised my right to open carry. I want to thank everyone who was not quick to judge me. For everyone that sat back and knew something was not right, for everyone who shared the video of me handing my rifle to the officer — thank you. If that hadn’t happened, we would be having a very different conversation. I would encourage everyone to get connected to an organization in their community that is pushing for change.

What’s in the long-term outlook for Mark Hughes?
I’m going to be the same Mark as I was prior to July 7. I’m going to continue being an activist for what’s right. I’m gonna stand up against any injustice, police brutality and racism.

One last question: I know from your social media feeds that you’re a big football fan. How do you think the Dallas Cowboys will do this year?
We’re Super Bowl-bound! The reason I say that is because we’re playing as a complete team now. And we would’ve won the Super Bowl a few years ago if they hadn’t robbed Dez Bryant of that catch in Green Bay!