The Master And The Student. 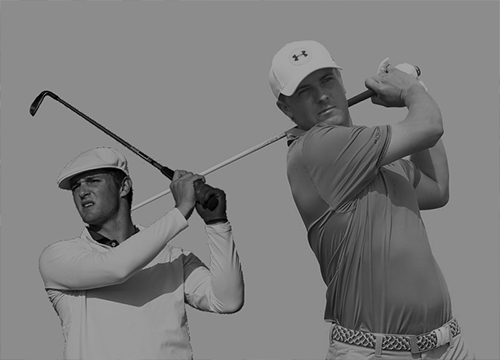 It’s a little hard to believe it’s already been one year since Dallas’ top athlete, 22-year-old Jordan Spieth, had his coming-out party at the 2015 Masters in Augusta, Georgia, leading each round of that tournament, finishing 18 under par, tying Tiger Woods’ tournament record and becoming the second-youngest green jacket winner ever.

Since then, he’s been the toast of the golf world and of Dallas. Now, he returns to his favorite course with the red carpet rolled out for him.

And he’s handling it with all the grace you’d expect. See, here’s the thing about Spieth: He isn’t the toast of the golf world just because of his masterful iron play and long putting ability; it’s his aw-shucks attitude and humility that the media loves to play up.

Consider this: Earlier this week, when the media asked the currently second-ranked golfer in the world how it felt to share a locker with Arnold Palmer in the Masters’ Champions Locker Room, Spieth let out a little anecdote about visiting the space in December with a course member and seeing his name next to the legend’s; then he went on to mention the renovations that were made to the locker room that doubled it in size and luxuriousness, only to quickly look at said course member and apologize for letting that information out without having sought permission. Compare that to past Masters champ Phil Mickelson, who had no issue bragging about how grand the upgrades were.

That exchange probably made for good fodder at the Masters Champions Dinner Spieth hosted that evening with Arnold Palmer, Mickelson and more in attendance, where he served Texas barbecue — naturally. Tiger Woods, for one, couldn’t help but tweet about how “unreal” the food was and the “amazing” hosting job Spieth did.

Yes, the kid’s saying and doing all the right things. But now the time is coming to see if he’ll be able to follow through as a repeat champion.

He certainly has the motivation. Each Masters winner is allowed to take home their green jacket for one year, and Spieth will have to officially return the jacket to his locker at Augusta National if he doesn’t win it again this weekend. As he told the Dallas Morning News, the prospect of living without the jacket became a little too real as he packed the jacket into its worn-and-tattered garment bag before a run of tournaments the last few weeks: “I was like, ‘Wow, there’s a possibility that I don’t have this back at my house,'” Spieth told the DMN. “It kind of fired me up a little bit. Just the jacket itself provides a little motivation. I think I could have taken advantage of having it in my possession more than I did. But you learn, and next time I’ll do a little better.”

But, mentally prepared for Augusta as he may be, is he physically ready he for the first major of the year? Spieth’s aw-shucks, aim-to-please spirit could present a problem. Even after winning the Masters and U.S. Open last year, Spieth held commitments to smaller tournaments that granted the youngster exemptions during his rookie season. In turn, he played a grand total of 27 tournaments last season while the other top five golfers in the world played in the 18 to 20 range.

It’s not just the amount of tournaments, but the rigorous travel schedule he kept that could result in some wear and tear. In January, Spieth told GolfWeek how tired he already is and that he will definitely be adjusting his tour schedule: “It won’t be something I’ll do in the future, to bounce back and forth from Asia as much as we did, or Australia,” he said. “I’m very tired. As a team, we’re beat up mentally and physically. I’m not 100 percent right now. It shows in certain places.”

This year, Spieth’s tournament finishes have just been OK. He’s tied for 21st, missed a cut, tied for 17th and tied for 18th. Those placements drew the attention of the current top-ranked golfer in the world, Jason Day, who mentioned that he’s worried Spieth is playing too many tournaments and holding on too tightly to sponsorship obligations.

When Spieth tees off on Thursday at 9:48 a.m,. we’ll see how he fares in his third year at Augusta — where he’s never had a round over par. While there will be plenty of cameras and attention on that tee box for Spieth and playing partner Paul Casey (currently ranked No. 25 in the world), it’s the third member of the group that is beginning to garner a swarm of attention himself.

That would be former SMU golfer Bryson DeChambeau, who earned himself an amateur exemption into the tournament after winning the U.S. Amateur Championship the same year that he won the NCAA men’s golf championship, becoming one of only five players to accomplish that feat (including Tiger Woods and Phil Mickelson). All week, the should-be college senior — he left school in October after the NCAA hit the SMU golf and basketball programs with sanctions keeping them from postseason play — has been garnering a ton of media attention, mostly due to the quirky Masters-related names he’s given his irons and the supreme confidence he’s showing.

In many ways, DeChambeau feels like the antithesis of Spieth. He’s already said he will apply for his tour card immediately after the Masters, and he already has several exemptions lined up for various PGA tournaments. And, really, he has all the potential to be a star on the tour.

“It wouldn’t surprise me at all to see this young man contend,” CBS announcer Jim Nantz told Golf Digest. “Bryson is the one who has the capacity to utterly change golf.”

That’s high praise for an amateur, but it’s the consensus thought. Since leaving school, DeChambeau has toured the world, playing in Europe, Asia and Australia. Earlier this year in match play at Bay Hill, DeChambeau nearly even beat Rory McIlroy before coming up one shot short. Before that, at the Australian Open, he tied for second and played his first two rounds with Adam Scott, which really elevated his confidence for the pro level.

He’s been deemed the “Golf Scientist,” and his unique game has been the talk of the Masters. First off, all his irons are the same length, which he says helps keep his swing plane consistent while being easier on his back. More than that, though, the way he sees the course is kind of Terminator-like: “I’m very deliberate, and I work extremely hard at trying to understand different aspects of the game in a different way,the former physics major has said. “I use a system called Vector Green Reading, which applies science to the green reads. I’m able to understand how much break a putt has, depending on how far I am from the hole, the slope around the hole and the friction value or ‘step’ to the green. Those three factors combine to give me a certain aiming point. I also have a clock system for my length of stroke.”

It’s possible DeChambeau could be the breakout star of the tournament — much like Spieth was in 2015. Unlike Spieth, though, he’s not being shy about his chances of earning a green jacket.

“I really do believe it’s doable.” DeChambeau has said of his odds. “It’s a second-shot golf course, and a putting golf course. Spieth is a great iron player and a great putter. And he was able to figure out those greens his first time around. So if he can do it, then I think it’s definitely doable myself.”

Regardless: Watching these two Dallas-tied players golf together for the first two days of the tournament will certainly make for an interesting start to the 80th Masters Tournament.