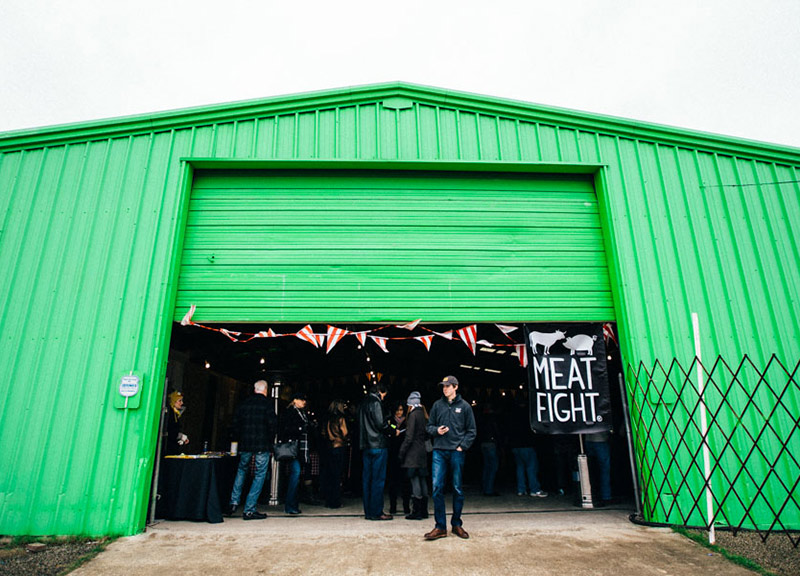 Dallas boasts a lot of meat. That's not really a secret. And because of the city's meat fetish, it also boasts a lot of meat-based events, ranging from barbecue festivals and chili cook-offs to burger fests and hours-long hangouts in line at Pecan Lodge.

Of course, none of these multitude of events match up to the sheer ridiculousness, over-the-top, philanthropic fun time that the annual Meat Fight shindig offers.

While the event doesn't literally live up to its name — sadly, it doesn't actually feature anybody wailing on each other with filet mignons, racks 'o ribs or crudely-formed sausage link nunchucks (yet) — Meat Fight does bring together some of the best meat-centric master chefs from the area to a neutral site (the Green Shed at Trinity Groves this year) to cook and compete for the affection of Dallas' meat-loving masses.

Alongside the obvious meat offerings of sausage, beef and pork, they'll inject meat into just about anything at this thing, from bacon-flavored cotton candy to doughnuts and ice cream. At this year's affair, there was also plenty of whiskey and Four Corners beer to wash it all down, between rounds of “shoot the dudes dressed as a cow and pig with a Nerf gun” and robot pig racing.

Even so, none of these fun and delicious offerings are the reason Meat Fight exists. No, Meat Fight is the philanthropic brain child of Alice Laussade — who you may know as the Dallas Observer's award-winning Cheap Bastard columnist. Laussade created the event back in 2010; that original Meat Fight simply consisted of Laussade, her family and some friends cooking some, presumably awesome, meat in her backyard. The second year it was much the same — except that Laussade and her cohorts raised $2,000 to benefit the National Multiple Sclerosis Society.

The next step for Laussade and Meat Fight was a doozy. In 2012, Meat Fight was opened to the public for the first time, with 100 percent of ticket sales being donated to NMSS. With 250 people packing into Sons of Hermann Hall, Meat Fight made a huge jump to $20,000 raised for NMSS. Laussade and her meat-baby haven't slowed in the years since: In 2013, Meat Fight had 500 in attendance and $50,000 raised; this year, they continued that almost absurd pace, cramming 750 people into the Green Shed and raising a whopping $100,000.

It's safe to say: At this point, Meat Fight is the charity event of choice for Dallas' meat lovers.

But charitable plaudits aside, there is still the competition part of the event, too. And that part is very much worth the pretty penny — tickets start at $95 — asked in exchange for entry. Chefs compete in several meat-categories — brisket, pulled pork, sausage and a “wild card” competition. And this year, Meat Fight recruited some of the city's best chefs to vie for victory, including Oliver Sitrin of Blind Butcher, Brian Luscher of The Grape and Danyele McPherson of Remedy.

Of the six gold spray-paint trophies up for grabs, the team of Sitrin, McPherson, Neighboorhood Services' Jeff Bekavac and Barter's Andrew Dilda — named Fearsome Fourcemeat — nabbed four, including the Team Sweepstakes and People's Choice. Their meats, suffice it to say, ruled very hard.

An auction was also held to raise even more money for NMSS. Items up-for-grabs included a dinner at soon-to-open restaurant Luscher's, where you would be waited on by Laussade in a hot dog costume, and also a bike signed by last year's Meat Fight Judge, Parks and Recreation's Nick Offerman.

Along with all this, Laussade announced the creation of a new program between Meat Fight and NMSS called Meat Bike. The program will donate bicycles to people recently diagnosed with MS, as studies have shown that regular exercise can decrease symptoms of the condition. Also, we presume, because everyone loves a sweet bike.

Anyway, what you should be getting from all of the above is this is great event to be a part of. And to take part in. And to eat at. And to shoot men dressed up as farm animals at.

If you weren't there, well, there's always next year. But stay vigilant: When those tickets do go on sale next fall, they're likely sell-out within just a few minutes, as has now long been the Meat Fight norm. 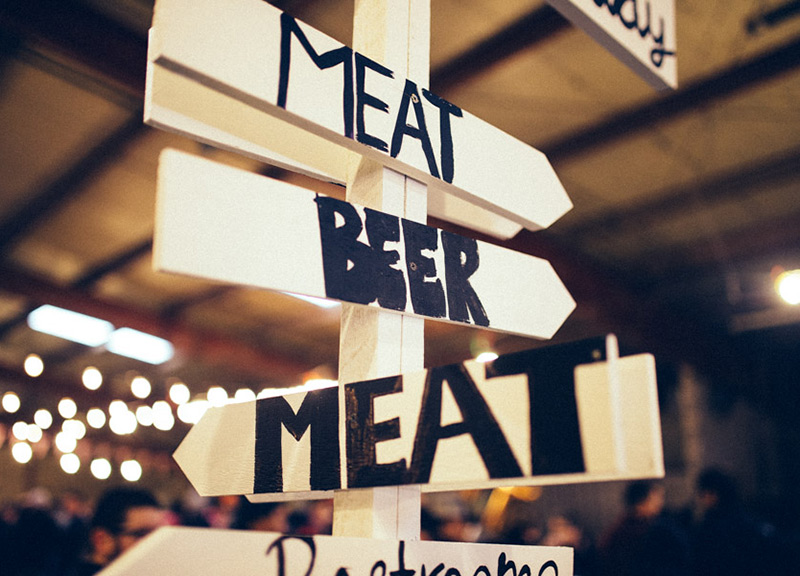 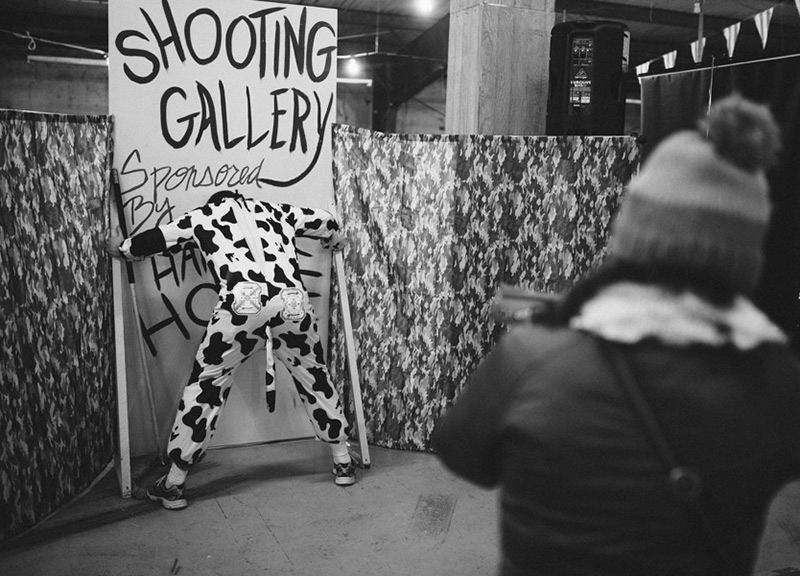 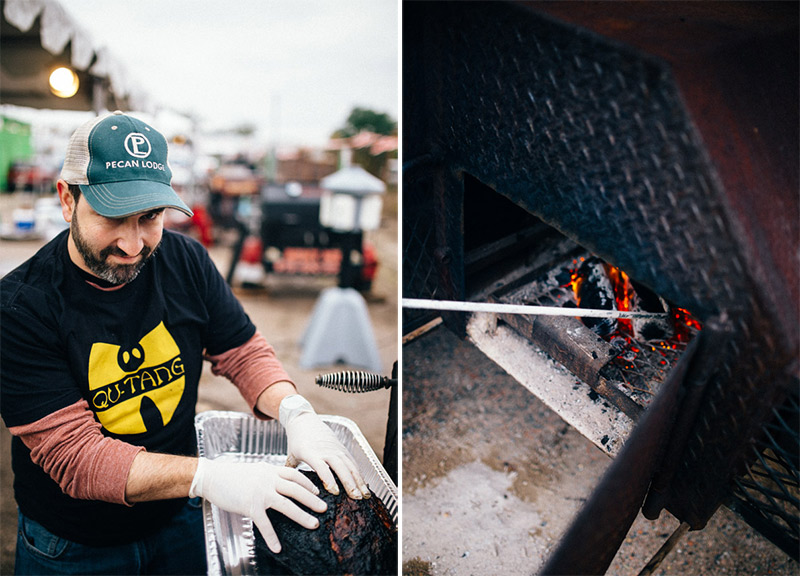 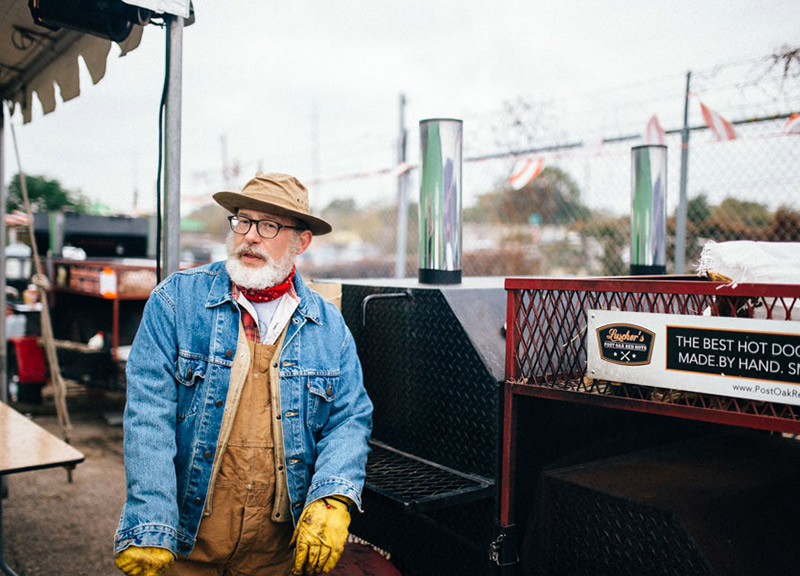 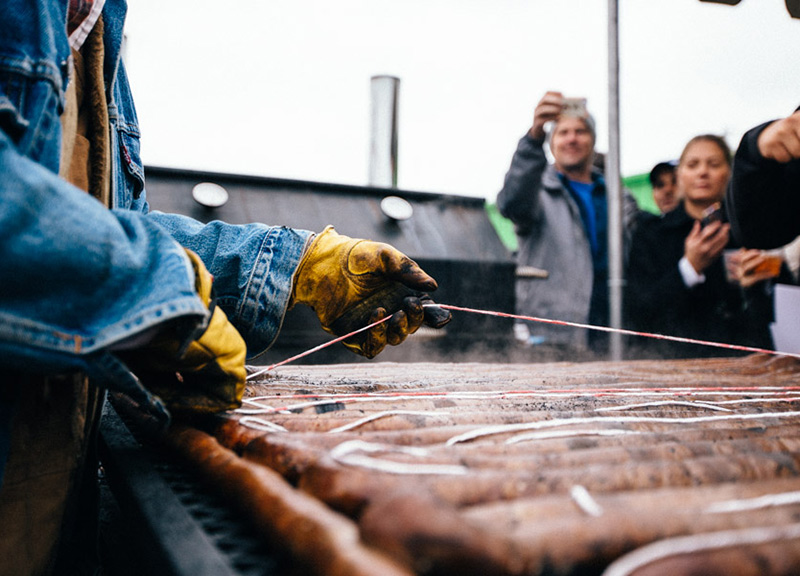 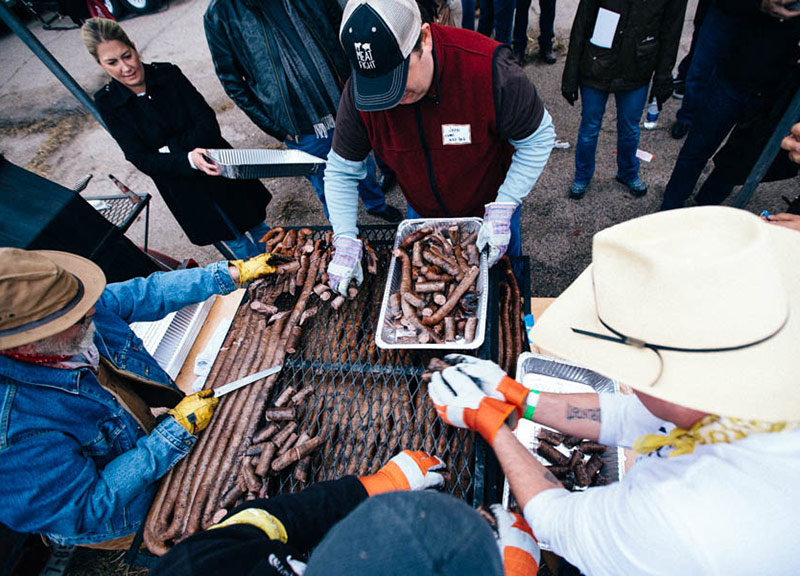 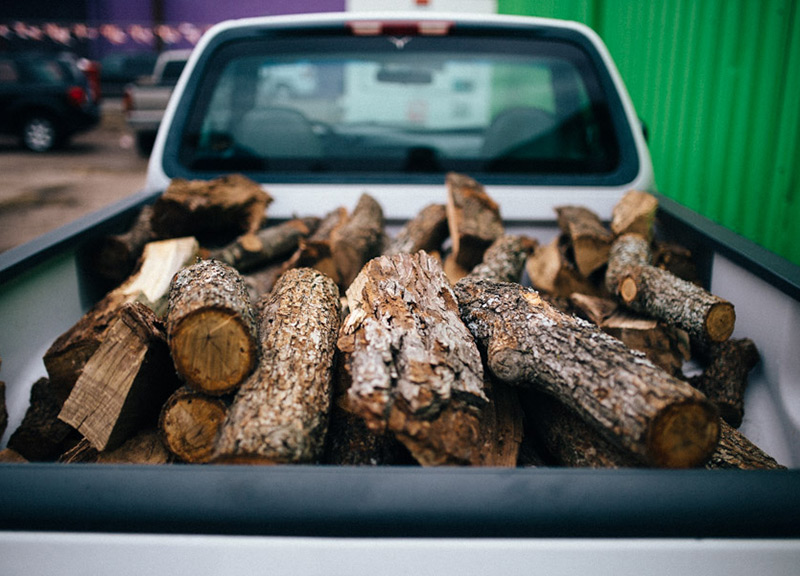 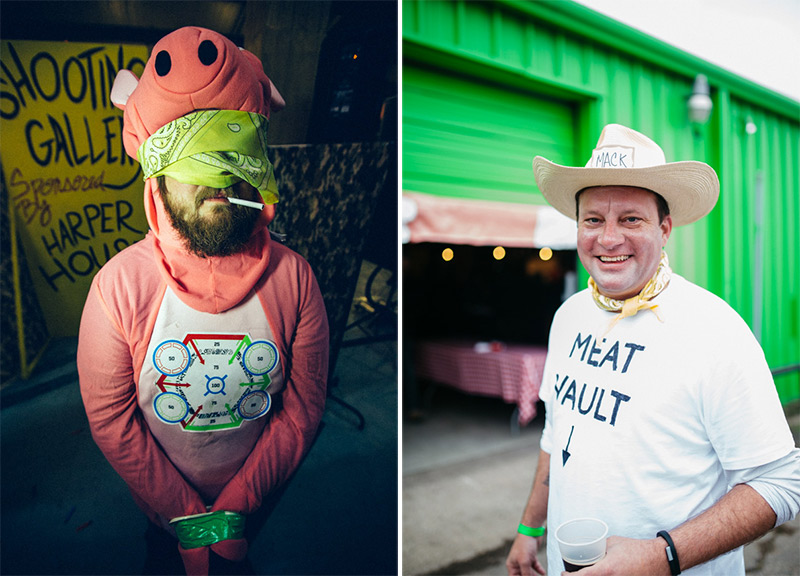 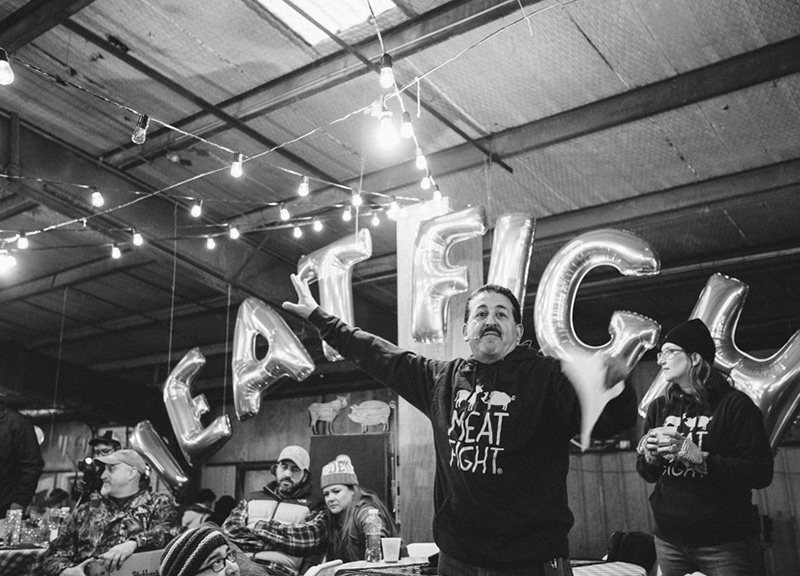 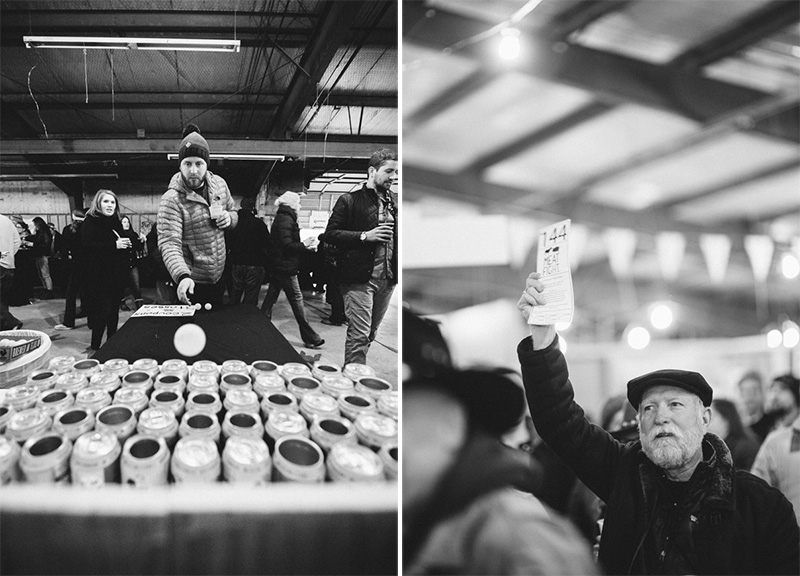 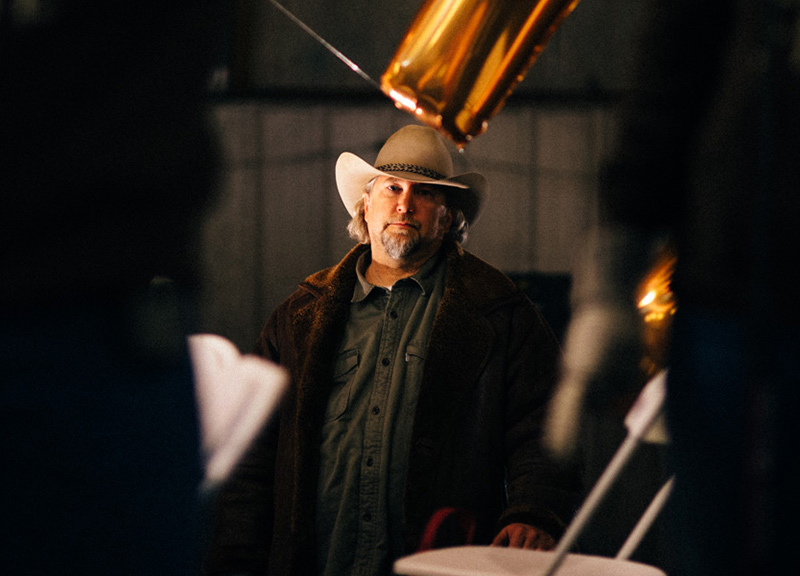 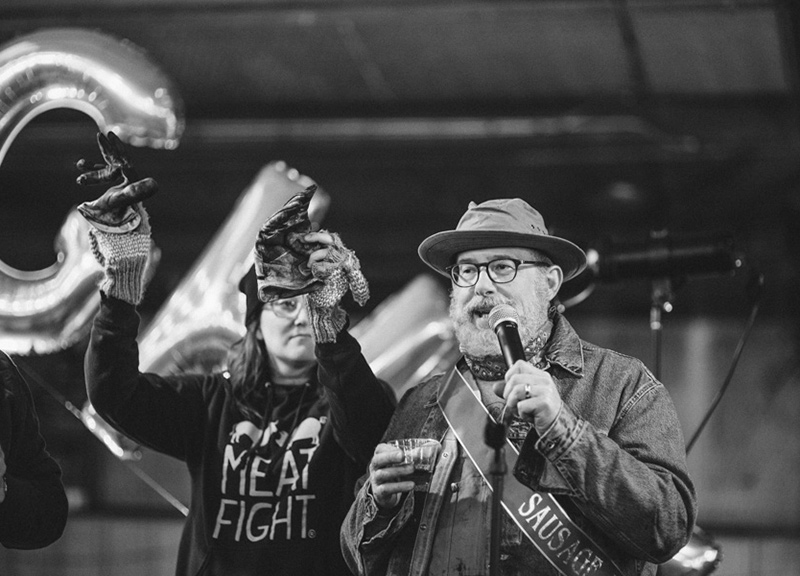 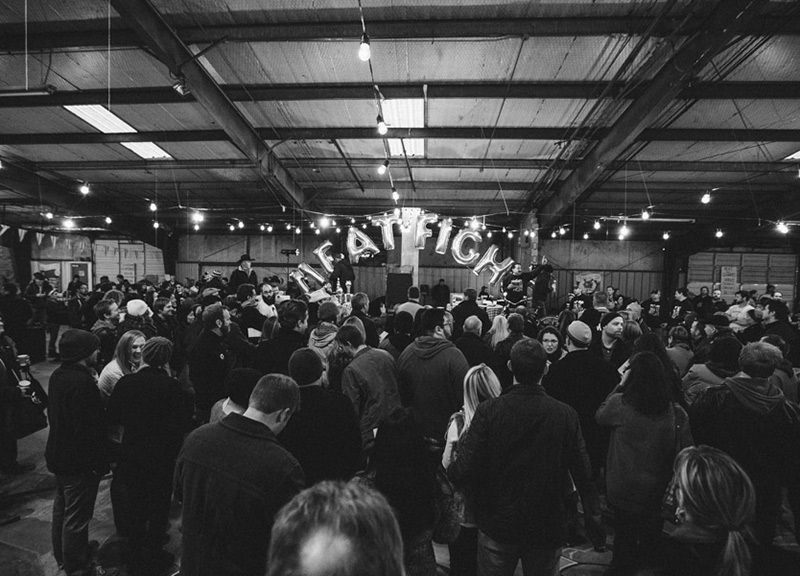 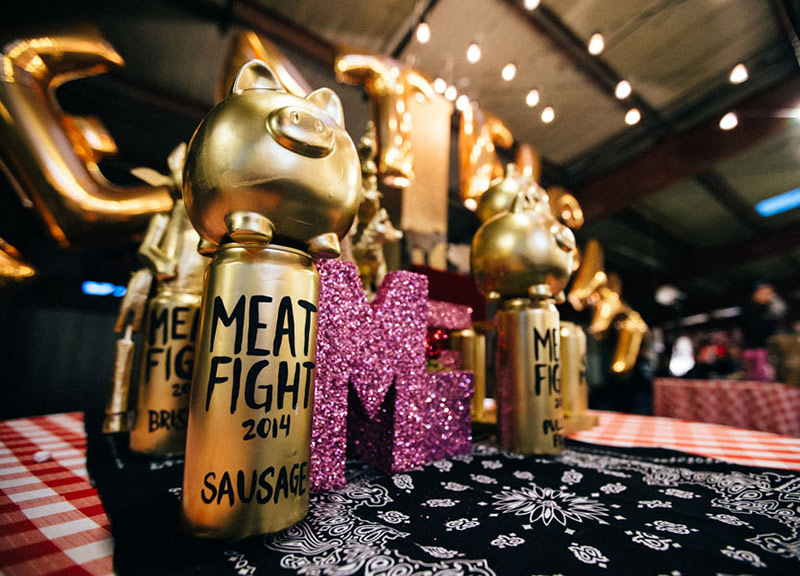 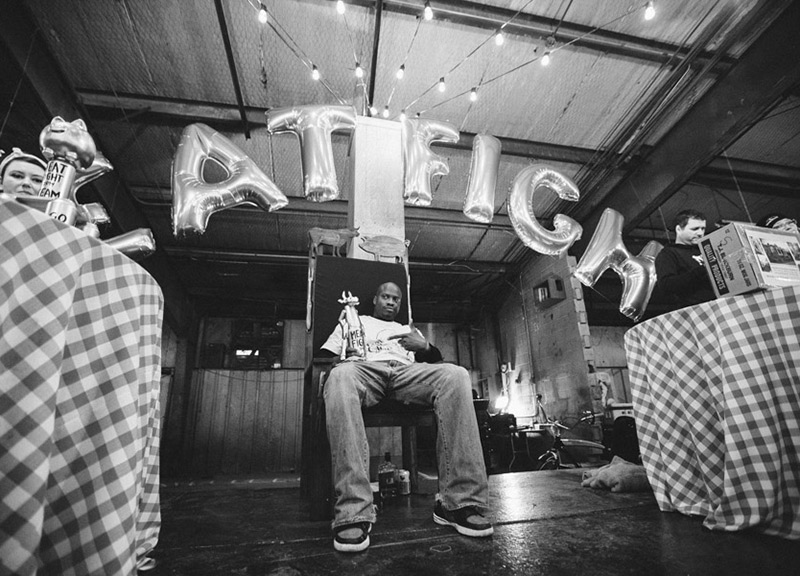 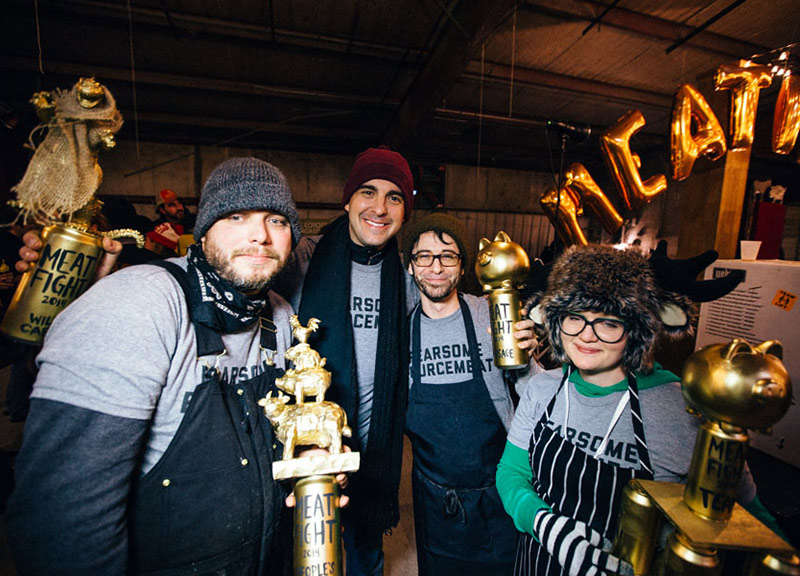 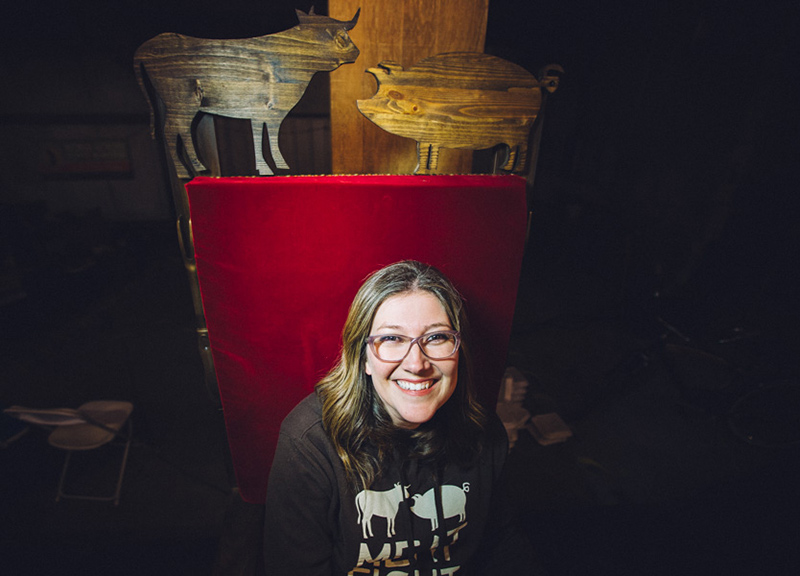