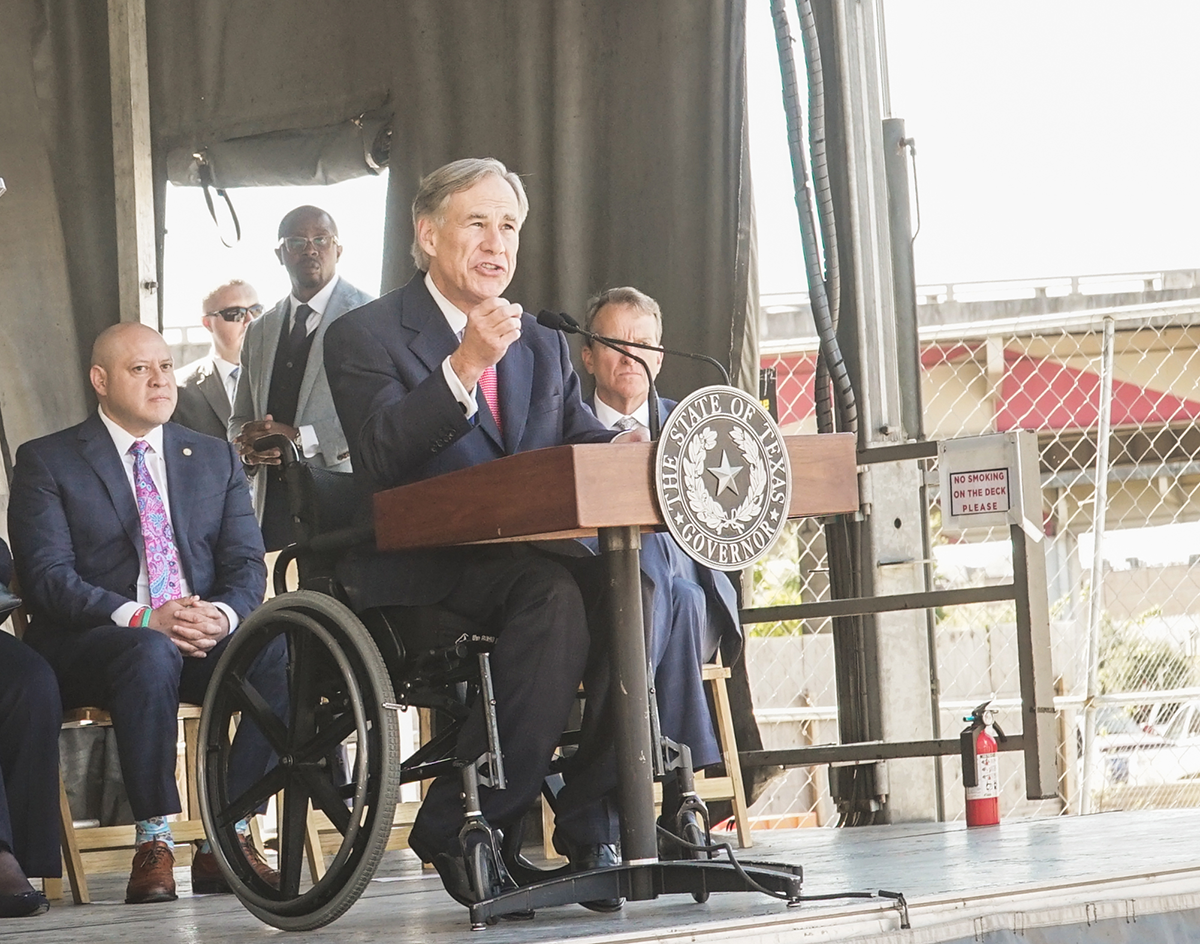 By Announcing Last Week That Texas Will No Longer Consent To Resettling Refugees, Governor Abbott Is Actively Ignoring Our Values As Texans.

I have to admit: Even for Texas Governor Greg Abbott, this was kind of a jaw-dropper.

When I saw the headlines on Friday announcing Abbott’s decision that Texas would no longer consent to resettling refugees, I blankly stared at the screen for maybe a full minute. Anger, mixed with the dawning recognition that this embarrassing move would happen in few other states, soon took over.

Seriously: What purpose does it serve to deny aid to those fleeing terror and violence?

As I sat there, one particular image forced its way into my brain over and over. You probably know it, too. It’s the one of a 3-year-old Syrian boy named Aylan Kurdi lying facedown, dead, on a beach.

If you have kids, have friends with kids or even just work with kids, the sight of Aylan’s shoes probably turned your stomach the most. They were so small. Someone loved him. Someone wanted to keep him safe. Someone told him things would be OK. Of course, they weren’t: He died drowning, alone and terrified, separated from his panicked parents, left to wash up on a beach like ordinary refuse.

That boy died mostly because of the degenerates ruining his native country. But he also died because of people like Governor Abbott, who make it exceedingly difficult for refugees like him and his family to escape war safely.

Abbott professes to be a Christian, but the welcoming message of the Gospel seems irretrievably lost on him. He simply never passes up an opportunity to turn his back on the poor, the homeless or the refugees fleeing terror and despotism — people like Kurdi, who at just three years old, was a victim of simply seeking safety from a war-stricken region.

The International Rescue Committee (IRC), which resettles refugees nationally and has one of its two Texas offices in Dallas, immediately called Abbott’s decision “shameful” on Friday. The Texas Catholic Conference of Bishops — and Abbott is a Catholic, mind you — called his decision “deeply discouraging and disheartening.”

If you hold even a basic sense of the history of this country or what stands for, then you know that too.

As for me, I’ve never worked directly with refugees. But I’ve assisted a number of targeted Iraqi interpreters as they attempted the move to America after serving in combat with U.S. troops. These are people I lived with and worked with in Iraq. I knew their families. I knew what they risked for us, and I knew why they exuded a quiet desperation as they worked through the process.

Like most Americans, I can only imagine what it must be like, trying to separate your family from the clutch of militias like ISIS or a tyrannical government.

Human empathy — and the duty to live out American values because of it — is paramount in recognizing why we need to provide safe harbor for refugees.

And yet, if for some reason that’s not enough, there are economic incentives as well. As with every other immigrant class to ever enter the U.S., refugees go to school, get jobs, pay taxes and start businesses. Sometimes, they even become members of Congress. This is all despite the fear-mongering that’s also come with every wave, from the Irish and Jews to the H’mong after Vietnam and, now, the Arabs.

The IRC expounded on this some with a statement from Jennifer Sime, Senior Vice President of Resettlement, Asylum and Integration: “In addition to making refugees’ lives harder, Texas now forfeits the opportunity for a growing business community that depends on refugee. It forfeits the cultural contributions, the growth and ingenuity the state has come to enjoy through resettling refugees.”

That’s honestly what’s most amazing about Abbott — how his virulent racism forces him, apparently, to hate brown people more than he loves the Texas economy.

What’s also stupefying is that, to date, 42 out of 50 states have consented to refugee resettlement — including 19 states governed by Republicans. By declining to resettle refugees, Texas now stands to lose millions in federal resources and economic stimulus packages. And that’s just in handouts. According to the IRC, one analysis estimates that refugee also contribute $4.6 billion to Texas in spending power alone.

Ultimately, refugees will still make their way to Texas regardless of Abbott’s decree. The opportunities are too great. And, like anyone living legally in the U.S., they will enjoy freedom of movement, which won’t stop with Abbott’s hateful decision. Beyond the financial implications, all his decision means is that refugee families will face added stress as the organizations designed to help them will now lack federal funding — which means resources won’t be available to help them get jobs, start businesses or buy homes.

The silver lining — if there is one — is that, as resources meant to help refugees dwindle, thousands of Texans will rise to the occasion and welcome them.

Because that’s who we are and always have been — especially here in Dallas.

Nothing Governor Abbott can do will stop that.

Brandon Friedman is the founder of the Deep Ellum-based Rakkasan Tea Company. He is a former Obama administration official and served as an Army infantry officer in Iraq and Afghanistan. You can follow him on Twitter at @BFriedmanDC.