10 Lessons Learned From 10 Years Of Homegrown. 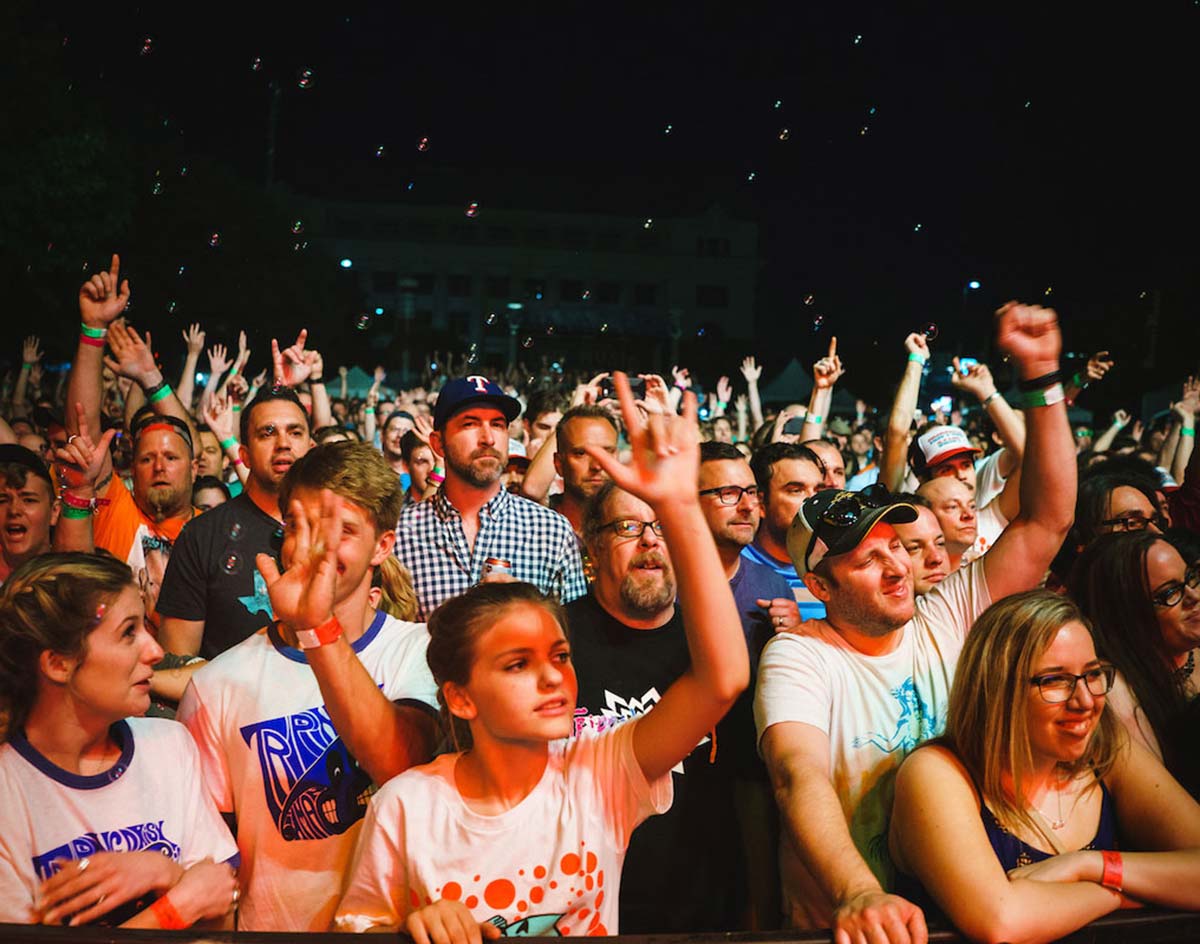 Ahead Of This Weekend’s Tenth Annual Homegrown Music & Art Festival, Organizers Share Ten Lessons Learned Along The Way In Their Decade-Long Run.

UPDATE at 6:15 p.m. on April 11, 2019: Homegrown Fest is moving the bulk of its offerings to Sunday because of concerns about rain on Saturday. Ticket holders can still see Ben Kweller and Israel Nash performing at the Kessler Theater on Saturday if they’d like, as they will be unable to perform on Sunday. See the below update for any additional questions. 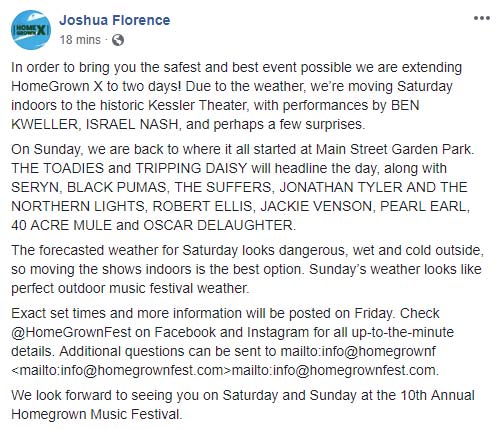 The below story has been updated to reflect these new details.

It’s a springtime Dallas ritual that started a decade ago. Back in 2009, you may recall, the city was putting the finishing touches on a $17.4 million renovation project that yielded Main Street Garden Park. It wasn’t until about six months later, though, that folks started figuring out how to maximize the Downtown space’s enjoyment. That’s when City Tavern owner Josh Florence and his partners Phil Coward and Tim Daniels started envisioning the ways in which their unique skill sets could be applied to the space.

In May 2010, their vision took shape in the form of the very first Homegrown Music & Arts Fest — a modest affair headlined by Jonathan Tyler & the Northern Lights and rounded out by a handful of fellow regional talents. 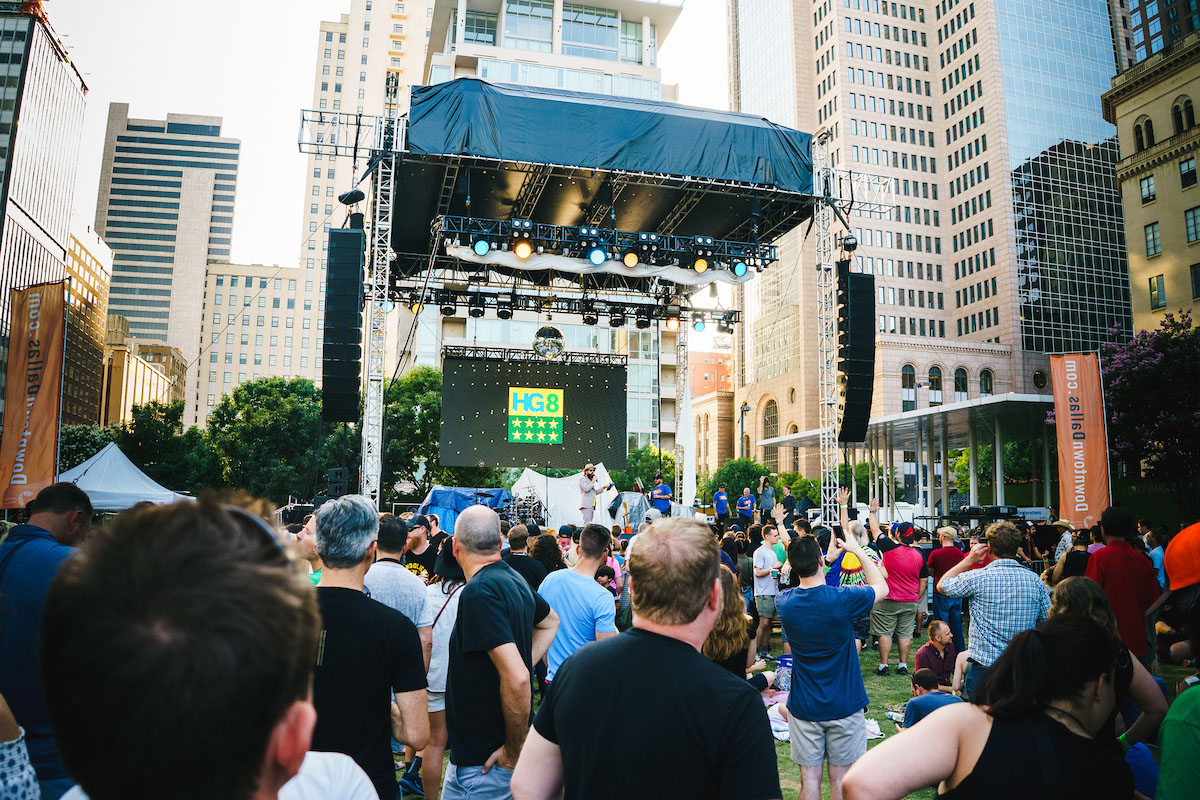 In the years since, that first go of theirs proved a successful model for others to follow. In the last decade, all kinds of events have made use of Main Street Garden Park on an annual basis — everything from taco and barbecue festivals to movie-watching nights and so on. Still, Homegrown remains the event that put the park space on the map, and the event that, in our eyes, remains its annual marquee event.

On Sunday, as the festival will return to Main Street Garden Park its 10th annual go-round, it might be bringing with it the best lineup it’s ever had to date. Not afraid to be a little backward-looking in its booking process, this year’s event is being billed as a greatest hits lineup due to the fact that it is set to feature offerings from past Homegrown performers Toadies (HG5), Tripping Daisy (HG8), Seryn (HG2), Jonathan Tyler (HG1), Robert Ellis (HG3) and The Suffers (HG5) on a bill featuring new-to-Homegrown acts Black Pumas, Marc Rebillet, Jackie Venson, Pearl Earl, 40 Acre Mule and even second-generation performer Oscar DeLaughter. 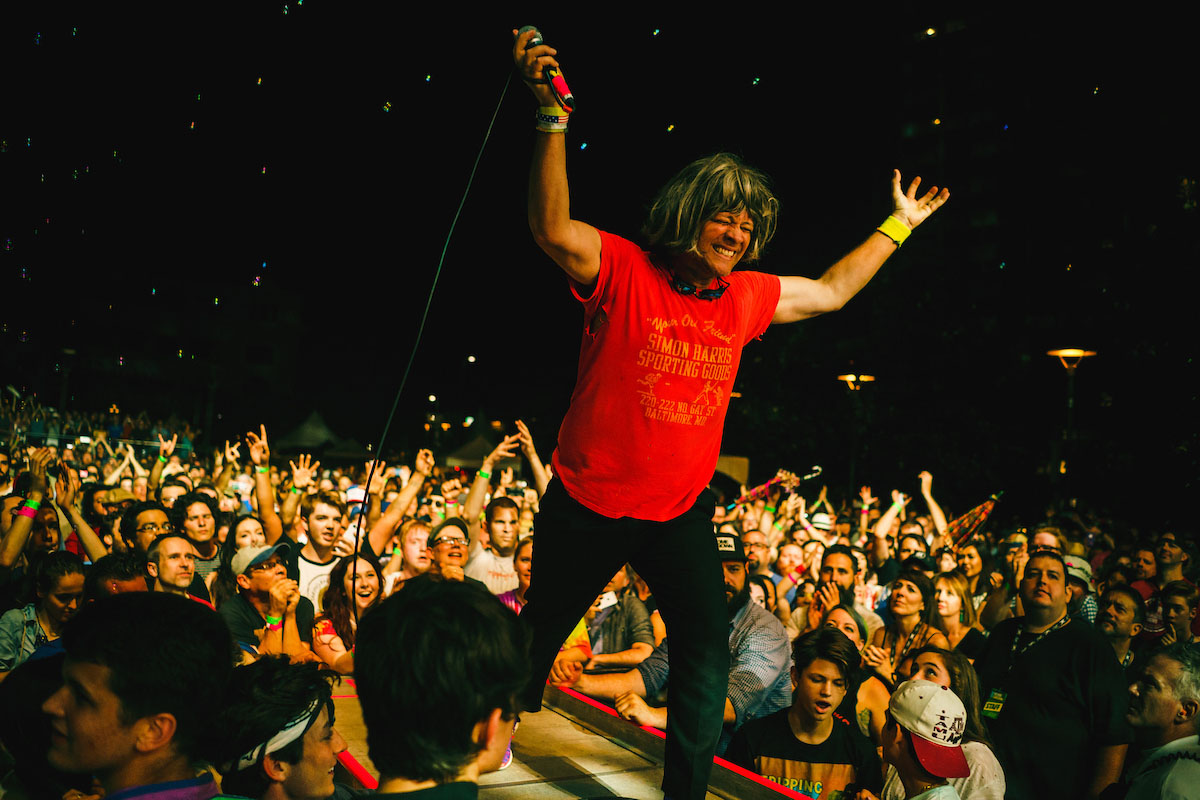 Between the nine previous Homgrowns that Florence, Coward and Daniels have organized — and don’t forget the three also-Main-Street-Garden-Park-hosted Old 97’s County Fairs that they’ve produced — it’s fair to say that the trio has learned a few lessons about how to throw a successful festival.

In advance of this year’s offering, the trio was kind enough to share a few nuggets of fest-throwing wisdom with us.

Between the vendors, bartenders, stagehands, security personnel and other supplementary employees, it truly takes a village to get Homegrown to run smoothly for the ticket-buying public.

2. Get yourself a human security blanket.

As a sort of a corollary to the first point, Homegrown’s organizers further tip their caps to their trusty security blanket, Three Links co-owner Scott Beggs. Throughout the fest’s history, Beggs has served as the festival’s stage manager each year. It’s his job to ensure that everything that happens on the stages goes according to plan — from the load-in of gear and working with the sound engineers to coordinating with the acts on where they need to be (and when they need to be there). It’s a lot, and having someone in that role with as many decades’ worth of experience as Beggs has is an invaluable asset, Homegrown’s ownership trio says. 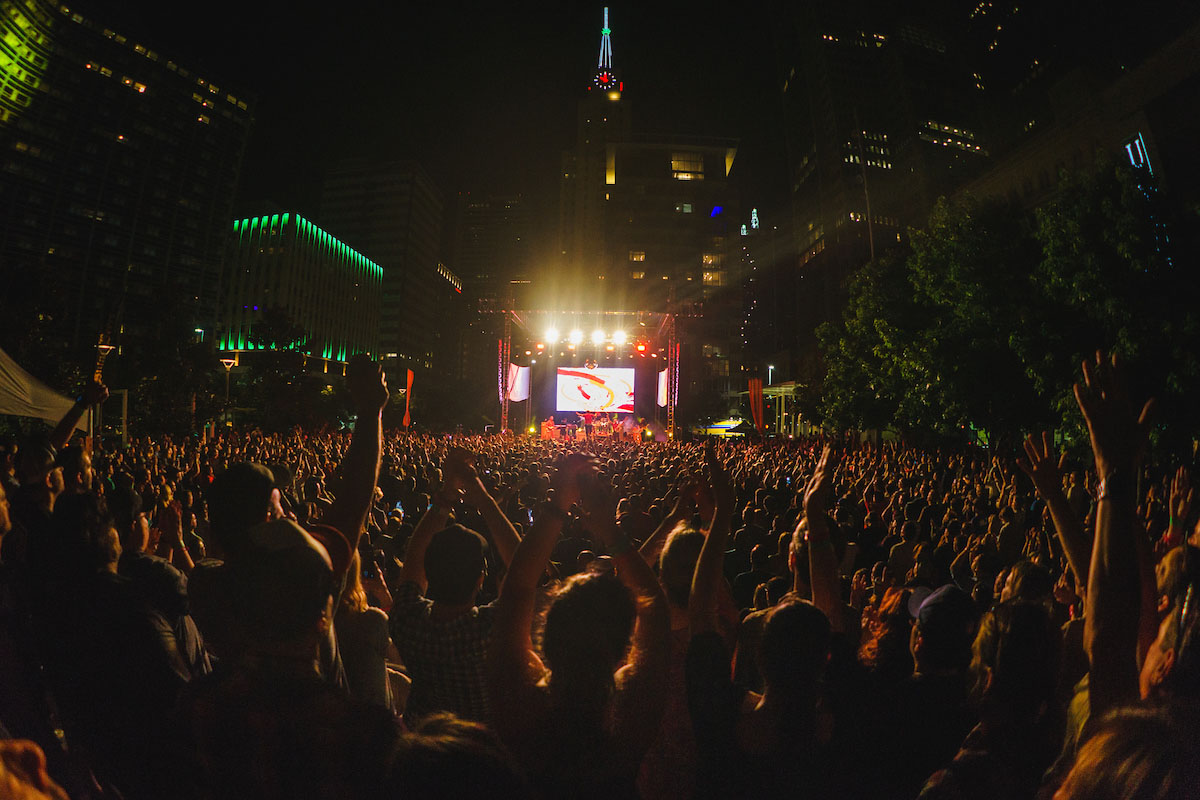 There are times when buying in bulk makes sense. There are other times, like when you’re purchasing bar inventory for an annual music festival, when it doesn’t.

4. No matter how prepared you think you are, remember that it always takes some time after gates are opened before things reach their cruising altitude. Until then, you’ll be on the verge of a panic attack. It’s just a given.

Dallas is a fashionably late city. But, hey, at least we show up in the end. 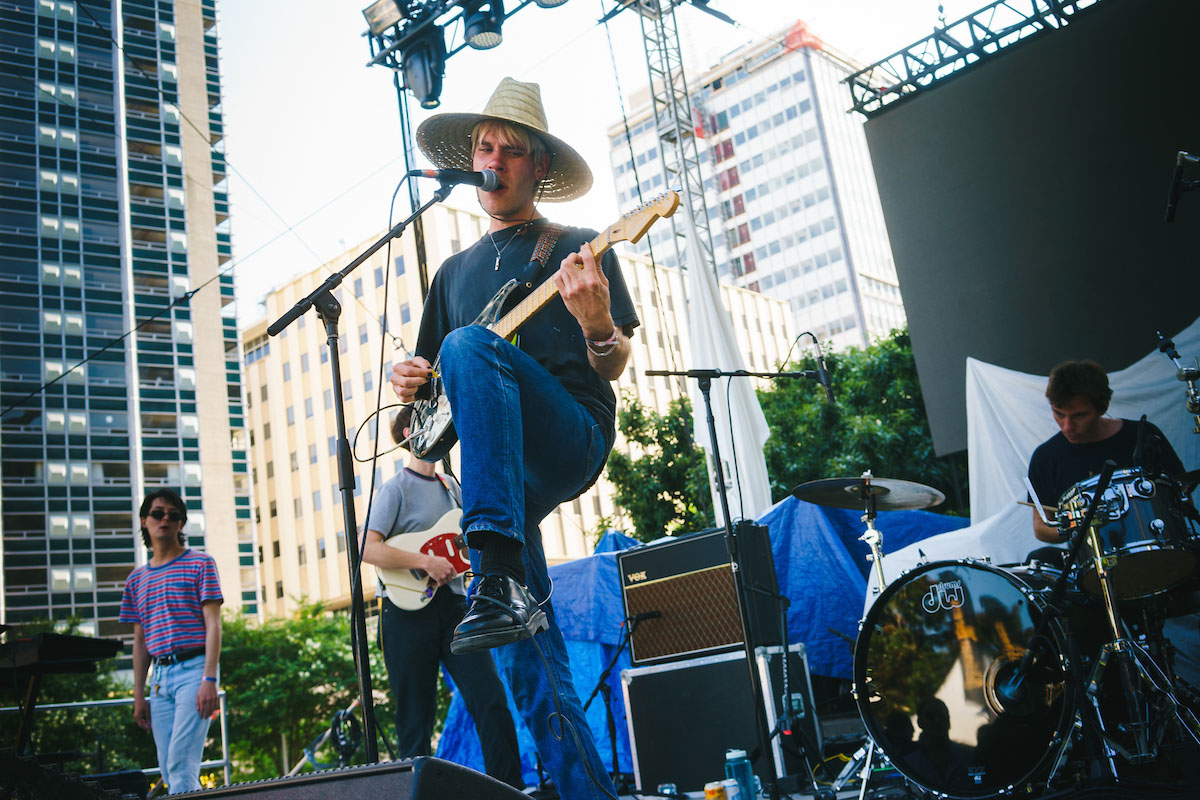 5. There will be 3,000 zip-ties somewhere, and no one will ever know where they are or how to find them when you need them.

6. This business is not for the faint of heart.

Definitely not. In 2018, advance ticket sales were going so poorly that organizers had to publicly admit that they were considering preemptively cancelling the event. Ultimately, enough folks showed up once the sun went down, and seeing things through to the end proved worthwhile. 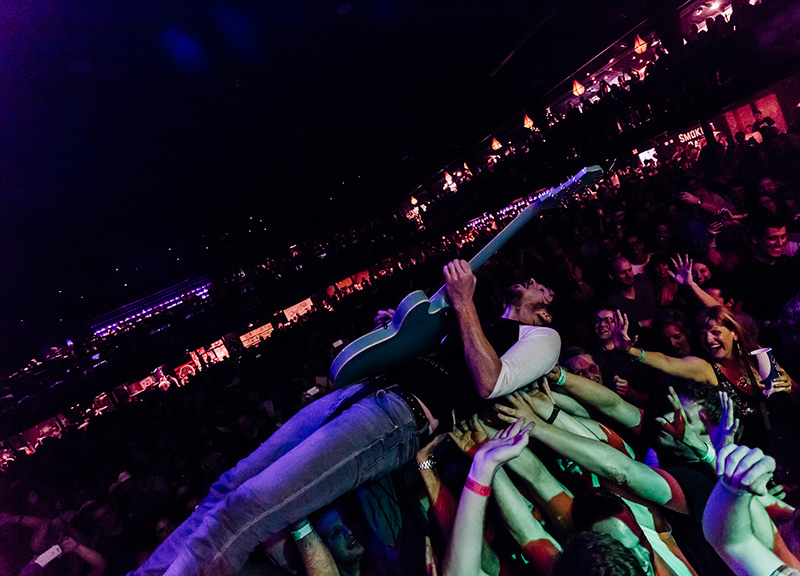 7. Always have a backup plan for weather.

Due to an inclement weather situation in 2016, Homegrown VI was the only one in the fest’s history that didn’t take place at Main Street Garden Park. Instead, it wound up being moved at the last minute to the then-just-opened Deep Ellum venue The Bomb Factory, where things ultimately went as well as could be expected, even without the city skyline serving as its backdrop. [Editor’s note: A fitting lesson indeed; please see the note at the top of this article for an update about this year’s event moving from Saturday to Sunday due to concerns about the weather.]

8. You sure can pack a lot of awesome memories and experiences into a decade, which will go by more quickly than you’ll think.

Eight years ago, this fest was built around a model of exclusively booking Dallas acts to its bill. From Year Three onward, it has expanded to include bands from all across Texas. The fact that this year’s bill features so many returning performers is mostly a testament to just how many talented acts have been booked to this event over the years. By that same token, the acts who are newer to the event speaks volumes about just how much this event changes from year to year, even as the event itself retains a familiar feeling. 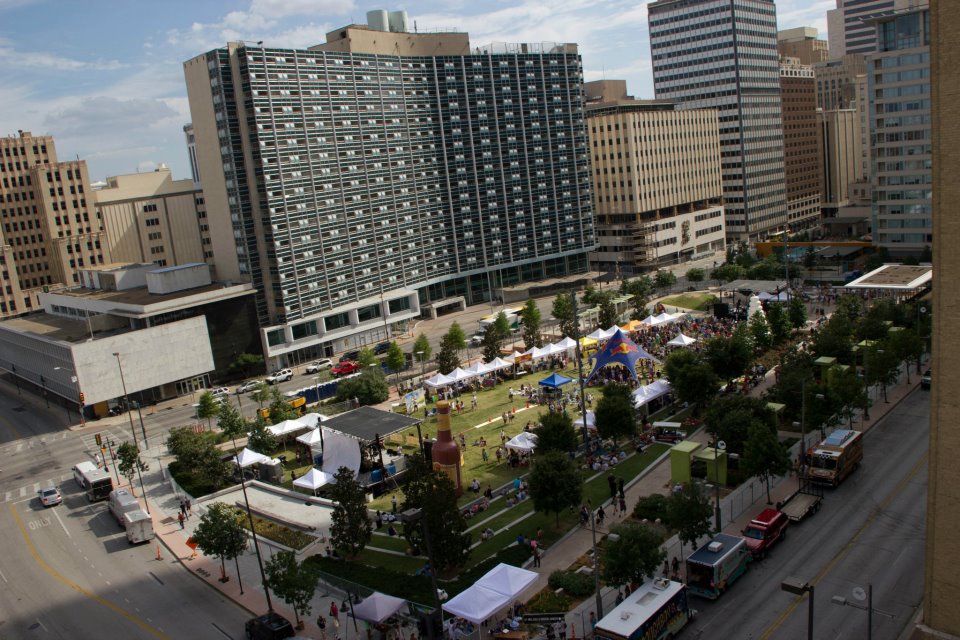 As noted in an earlier point, HG9 almost didn’t happen. For a time, there was worry that the fest might not take place at all that year due to low advanced ticket sales. In the end, organizers chose to stand firm, deciding to keep their annual tradition going, even in the face of a potential year in the red. By the time HG9 ended, everyone was pleased the fest refused to balk under pressure.

10. When the sun is going down behind The Mercantile, and one of your favorite bands in the world is playing, and the weather is just perfect, and everyone you know and love is in the same park, bobbing their heads and dancing and hugging, it really is worth all of the stress.

Who are we to argue with that?

Due to concerns about the weather on Saturday, the 2019 Homegrown Music & Art Festival will now take place Sunday, April 13, at Main Street Garden Park. Confirmed performers Ben Kweller and Israel Nash will perform a show at the Kessler Theater for ticket holders on Saturday night, as they will not be able to make the Sunday festival. Head here for more information about and tickets to this year’s event.