Want In On The World’s Largest Group Saké Bomb? 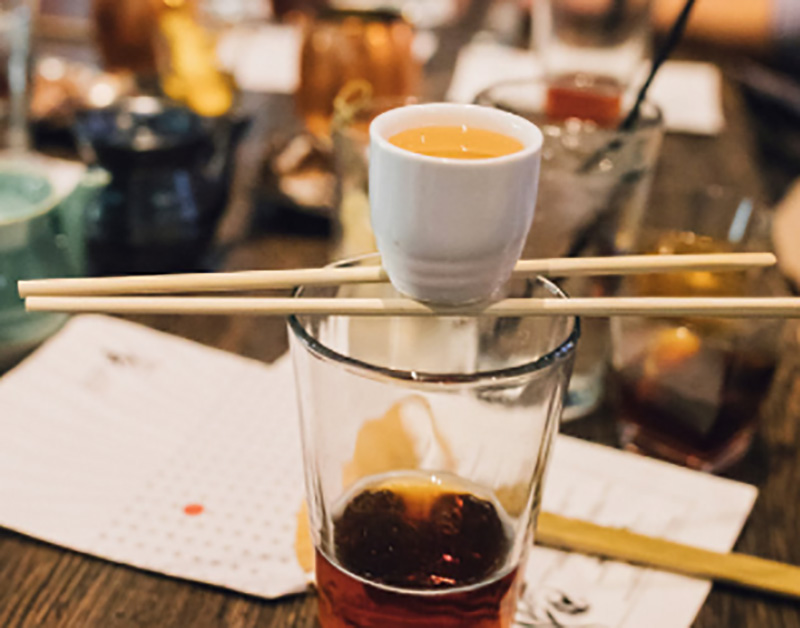 If drinking for free and setting world records sounds like your idea of a good time, boy, do the folks at Frisco’s Sushi Marquee ever have an event for you.

At 1 p.m. on Sunday and within the Dallas Cowboys-owned The Star complex in which it’s housed, the restaurant hopes to set an unofficial world record for largest group saké bomb attempt. Staff members say they hope to have 300 participants.

To draw that crowd, the restaurant won’t be charging willing participants for the saké bombs they drink during the attempt. Meanwhile, admission into the 11 a.m. to 2 p.m. midday party that surrounds the attempt will also be free. Attendees simply need to bring along their ID to prove they’re 21 or older.

Sushi Marquee co-owner Brad Hawkins says that wanting to set a record at the restaurant originated from an idea several bar staff members had at a mangers meeting a while back.

“I gotta give all the credit to my staff,” Hawkins says. “They researched this all and found out that the last place to try and set a record like this was in Florida.”

On November 25, 2017, at the Kapow Noodle Bar in Boca Raton, 221 people gathered to simultaneously down saké bombs, as the below video package of the festivities shows.

Hawkins says Sushi Marquee has a similar plan in mind. A camera crew on site to document everything, and the restaurant staff will be handing out wristbands as people arrive so as to keep an official count of how many people participate in the group saké bomb.

It’s worth noting, though, that this will not be an official Guinness World Record attempt, since the organization banned alcohol-related records in 1991.

While that may be a bit of a bummer, Hawkins still hopes people come out, have a good time and enjoy some free saké.

“We need bodies,” Hawkins says. “I don’t want to limp into this thing. Everybody should know that there’s no charge, that doors open at 11 a.m. and that it’s going to be an all-day Sunday party.”