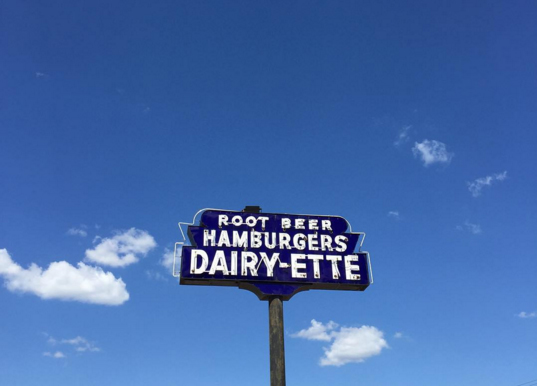 16 Great Dallas Restaurants That Have Outlived Their Press Hype Cycles.

The Dallas food scene ain’t exactly facing a shortage of food writers scrambling to break the latest trends first. There’s no doubt that this often works out in area diners’ favors, but the resulting pattern of media outlets recycling the same tidbits of information can sometimes be a bit of a problem. Soon as news of one exciting spot cycles out of its hype run, everyone just moves on to “the next big thing,” leaving the last big thing somewhat forgotten.

Maybe it’s just the nature of this beast. But when 90 percent of independently owned restaurants are said to fail within their first year and the average lifespan for these businesses is set at around five years, it’s important to remember that staying alive well past the early press attention is no small feat.

How do the spots that accomplish this do it? Well, it turns out that things like service, customer relations, consistency and, y’know, whether the food is actually good are perhaps more important factors in a restaurant’s survival and longevity than media coverage.

As more than a few tried-and-true Dallas stalwart restaurants have shown, when the food is truly good, it doesn’t matter if your 15 minutes are up. The following list of classic Dallas restaurants proves as much.

These spots may not dominate the press cycle anymore, but they’re just as great as ever — and well worth tossing back into your dining rotation.

Bangkok City.
4301 Bryan Street.
East Dallas.
Year opened: 1992.
Why it’s still great: This popular Thai spot is a prime lunchtime pick. For $10, you can choose from a list of specials that includes favorites such as pad Thai and pad kee mow. You can also specify your spiciness preference, ranging from very careful to native Thai.

Burger House.
6931 Hillcrest Avenue.
Park Cities.
Year opened: 1951.
Why it’s still great: Any venture that can spawn multiple locations must be doing something right. There’s also the matter of Burger House’s infamous seasoning salt, of which they are pretty damn proud of.

Cafe Max.
1600 Alma Road.
Richardson.
Year opened: 1989.
Why it’s still great: If you’re unable to make the short window of time that this soup, sandwich and salad spot is open, take comfort in the fact that Cafe Max also caters. Reasonable pricing isn’t too shabby either.

Campisi’s.
5610 E. Mockingbird Lane.
Lower Greenville.
Year opened: 1946.
Why it’s still great: There’s something great about the misdirection of Campisi’s sign, and how it reads, “The Egyptian Restaurant.” Confusion aside, the fact the place has been family-owned and operated for seven decades and serving classic Italian dishes without ever changing the sign is something to respect. The aesthetic created by its original owner’s ties to organized crime is one that just can’t be replicated by any of the Johnny-come-latelies.

Celebration.
4503 W. Lovers Lane.
Bluffview.
Year opened: 1971.
Why it’s still great: Celebration’s claim on the title of “Dallas’ original farm-to-table restaurant” should be considered in conversations that posit the idea as a new trend. The eatery prides itself on 45 years of sourcing from local farmers and producers to serve healthy, homestyle meals.

Dairy-Ette.
9785 Ferguson Road.
Casa Linda.
Year opened: 1956.
Why it’s still great: The fact that nothing on the burger-heavy menu clocks in over $5 makes this a rarity among most restaurants these days. Even if it wasn’t so cheap, the root beer (and its float counterparts) served in frosty mugs could stand as an attraction all their own.

Desperado’s Mexican Restaurant.
4818 Greenville Avenue.
University Park.
Year opened: 1976.
Why it’s still great: If you’re familiar with the city’s steeped margarita tradition, you may already be well acquainted with Desperado’s. But margaritas aren’t this spot’s only claim to fame, as their guacamole and bottled salsa have garnered their share of attention as well.

Dunston’s Steakhouse and Bar.
5423 W. Lovers Lane.
University Park.
Year opened: 1955.
Why it’s still great: Dunston’s holds a sentimental space in many hearts and minds as a family dining destination. Also, isn’t there a saying about always needing a place to get a good steak? If not, there should be.

Lucky’s Cafe
3531 Oak Lawn Avnue.
Oak Lawn.
Year opened: 1986.
Why it’s still great: The all-day breakfast menu makes it a viable option for those heading out in Oak Lawn with cravings for migas or chicken and waffles. Still, many fans of Lucky’s recommend the noted chicken-fried steak and chicken-fried chicken. As for us? We recommend all of it.

El Ranchito.
610 W. Jefferson Boulevard.
Oak Cliff.
Year opened: 1983.
Why it’s still great: In another area undergoing rapid development, El Ranchito remains one of the longest-running family eateries in the neighborhood. It’s also one of the few places where you can enjoy the sounds of live mariachis while you enjoy your meal.

Royal China Restaurant.
6025 Royal Lane.
North Dallas.
Year opened: 1974.
Why it’s still great: Royal China’s claim to fame is its dumpling bar and “dumpling ladies” who’ve dedicated themselves to the art of making the renowned pillowy delights. In addition to their most popular dumpling (pork), Royal China also features the gluten-free Rolling Napa version, made with pork, jicama and mushrooms wrapped in steamed napa leaves, as well as a veggie dumpling made with spinach.

Scalini’s Pizza & Pasta.
2021 Abram’s Road.
Lakewood.
Year opened: 1998.
Why it’s still great: Despite its official name as Scalini’s Pizza & Pasta, the restaurant has garnered a good deal of attention for its crab claws sauteed in garlic butter. Even if seafood isn’t your bag, the proposed pizza and pasta options are solidly worth a try.

SOUTH DALLAS IS WHERE ALL THE GOOD SOUL FOOD IS ☺️ #southdallascafe ?

Sweet Georgia Brown.
2840 E. Ledbetter Drive.
South Dallas.
Year opened: 1991.
Why it’s still great: Although it’s on the pricier end of the barbecue spectrum, a couple of meats and a small handful of entrees can successfully feed two people here — and still leave plenty of extra for leftovers. But with options like ribs and homemade meatloaf, it won’t take long before the extras disappear too.

Vietnam.
4302 Bryan Street.
Old East Dallas.
Year opened: 1996.
Why it’s still great: The restaurant’s East Dallas location makes it an outlier for good Vietnamese food when areas like Richardson and Garland have a lock on the Southeast Asian cuisine. The menu also features a selection of savory crepes alongside its other Vietnamese specialties.