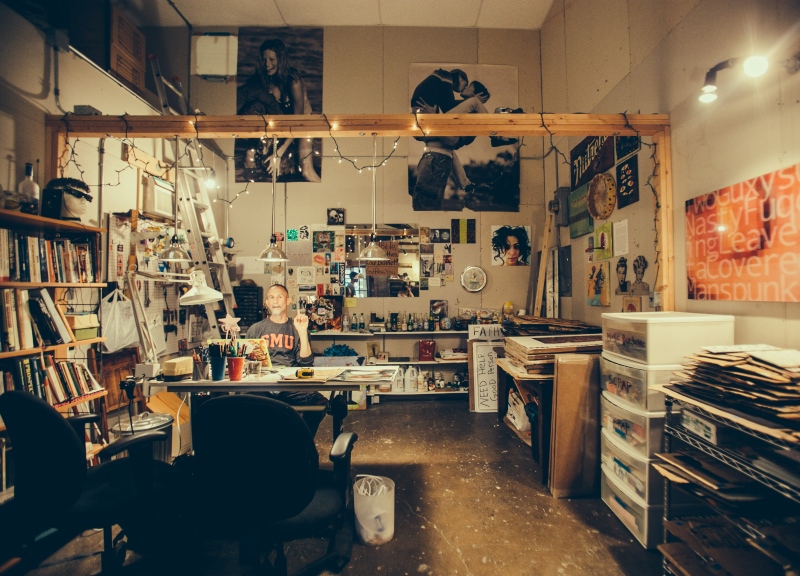 Willie Baronet Is At Home Among The Clutter.

Welcome to Space Invaded, a new recurring feature in which we peer into the desirable workspaces of various Dallas creatives and try keep our envy to a minimum.

Willie Baronet is an interesting character. For 15 years he owned and served as creative director at advertising firm GroupBaronet. After selling it in 2006, he went to graduate school, and currently serves as a faculty member at SMU's advertising department.

Aside from advertising and teaching, though, Baronet's also known as an artist. His 20-plus year's long art projects for which he collects the signs of homeless people has even gained national attention.

Which is why we were interested in seeing where he works and how his environment inspires him. It turns out, he works best when surrounded by clutter.

Where is your studio located?
The studio is in Bishop Arts in Oak Cliff on Davis St., near Bolsa and Bolsa Mercado (coffee!).

How would you describe yourself as an artist?
I'm curious, interested in lots of things and getting less and less concerned with how others judge what I do. I like to collaborate and am constantly inspired by other people.

How would you describe your studio's sense of style?
Clutterville, possible hoarding tendencies.

How long have you worked in this space?
Five years-ish.

You previously mentioned that you've collected things over the past few decades, and that each section of the room represents different times of your life. Tell me more about that.
I've always been a collector of things (did I mention the hoarding thing?). There is stuff in the studio that I collected as a child, as well as stuff on the wall that was on my office wall for years in the White Swan Building (before it was the House of Blues). There are works by friends from many different periods of my life, and I like having things from my past around me to remind me of people or experiences or lessons that I learned along the way.

Do you collect anything in particular for your space?
Not particularly, just anything that interests me. I have a bird's nest that I found on the sidewalk a couple of years ago, for instance. Of course, I do collect homeless signs, and there are probably over a thousand in the studio.

How does your space influence your work?
I'm not sure it does, other than being a place I can get away from surroundings that remind me I need to grade papers or do the laundry. It's nice to have a place where the main purpose is to allow space to create.

Being in a creative space, how do your creative neighbors influence you?
I don't have a lot of interaction with a lot of the people who have studios there, other than three good friends and former classmates that are down the hall. Danielle, Hilly and Emily and I all went to school together, and have been part of two different collectives together (14+1 and In Cooperation With Muscle Nation). They work in a variety of mediums including dance, photography, performance and mixed media, and I believe I've been influenced by them a great deal. In collaborating with them for group shows or shared performances, I've tried things I'd have never done on my own (such as one we did for Aurora a couple of years ago where we built a bed in the middle of the reflecting pool outside the Wyly in the Arts District, and then dressed in white and hung out on the bed while our videos were projected on us).

What is your favorite element of your studio?
The quiet, the eclectic neighborhood, having my stuff around, not having to be too neat.

What is the biggest challenge of your space?
There is no central air or heat so, depending on the temperature, it can be either hot or cold there. But it's really not a big deal.

What would your dream studio space look like?
Lots of storage, electrical outlets and my stuff nearby. All things I am very blessed to have. 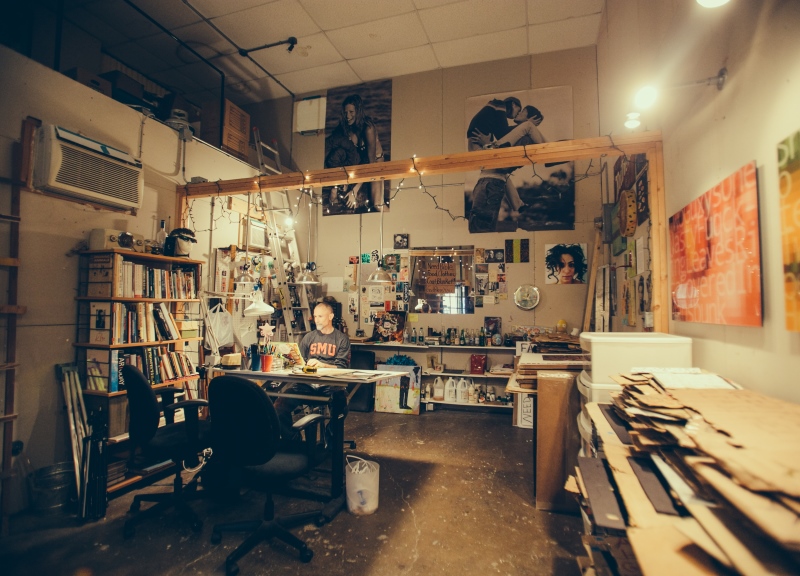 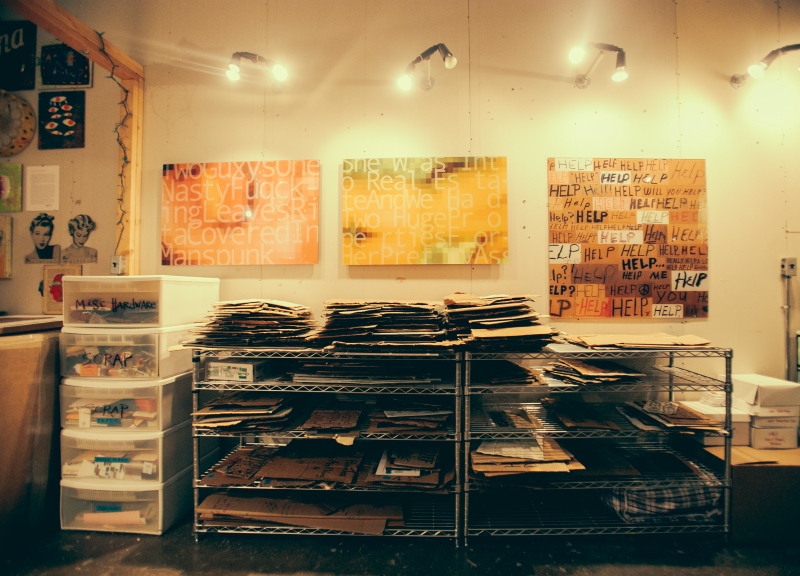 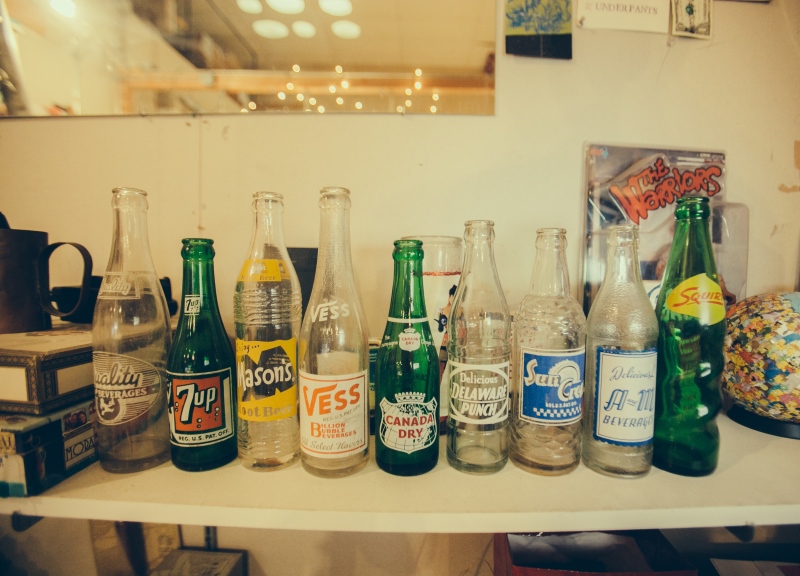 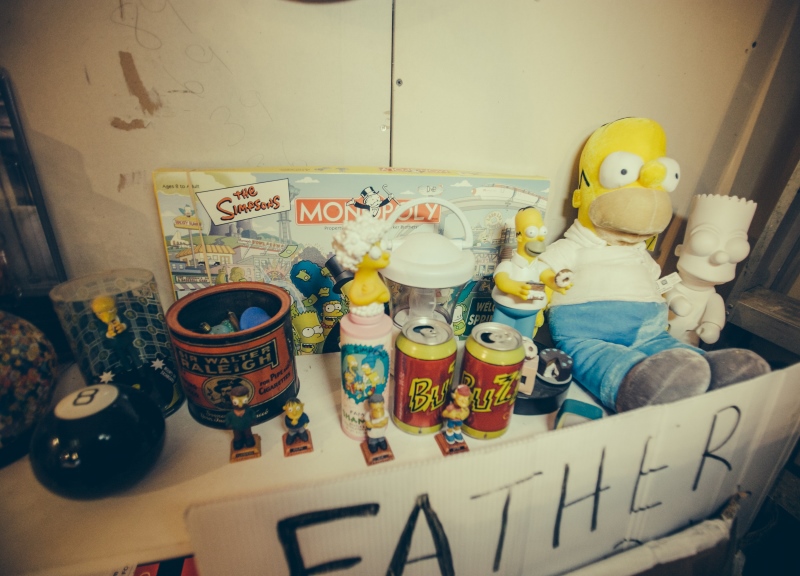 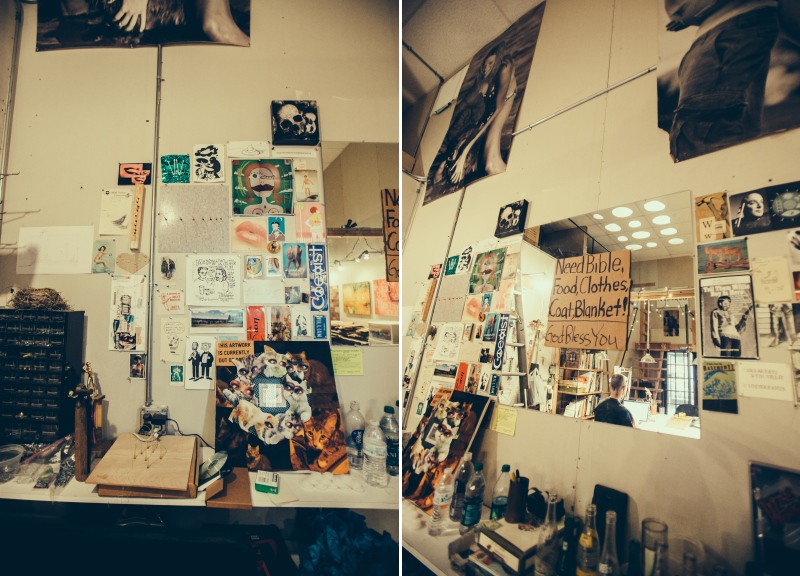 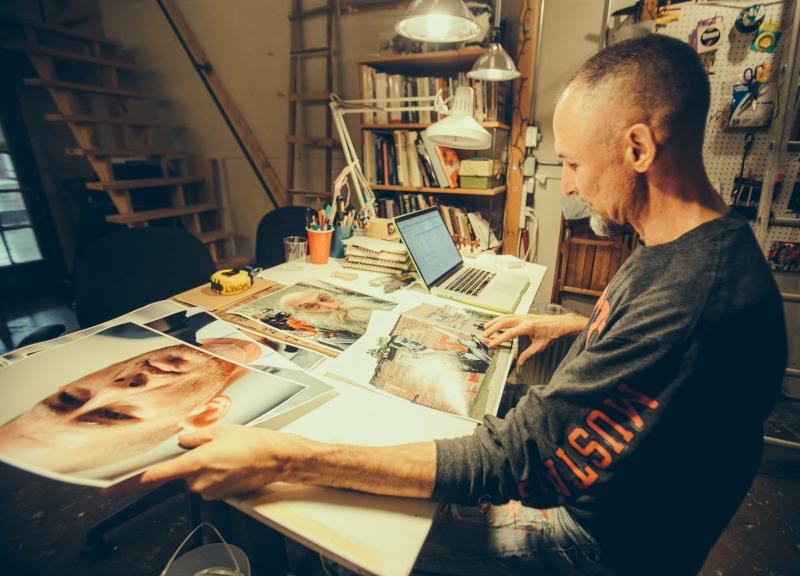 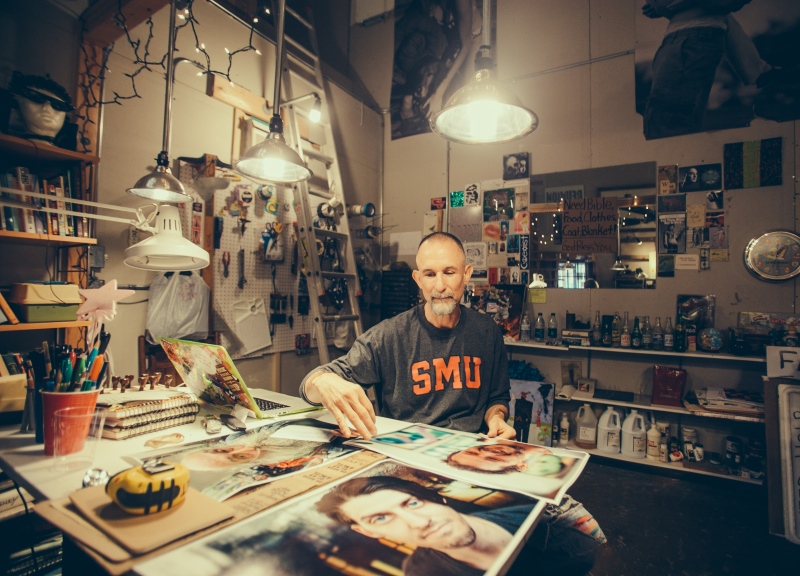 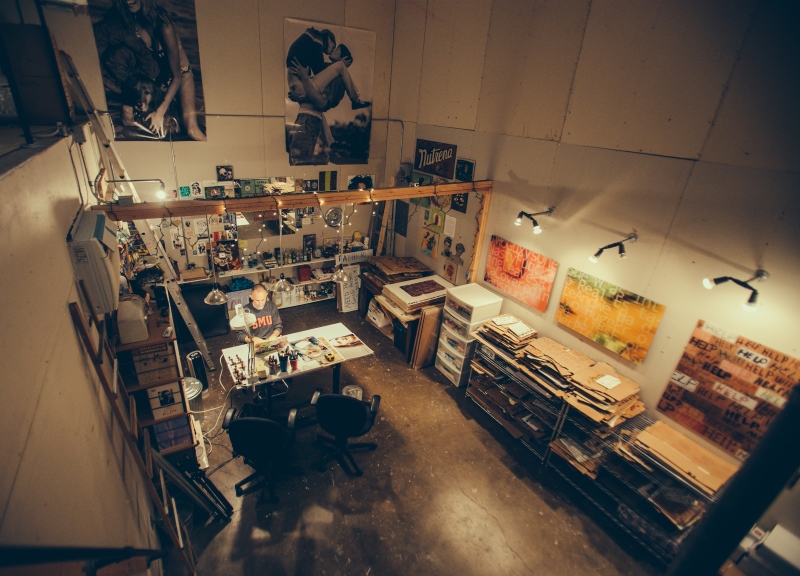 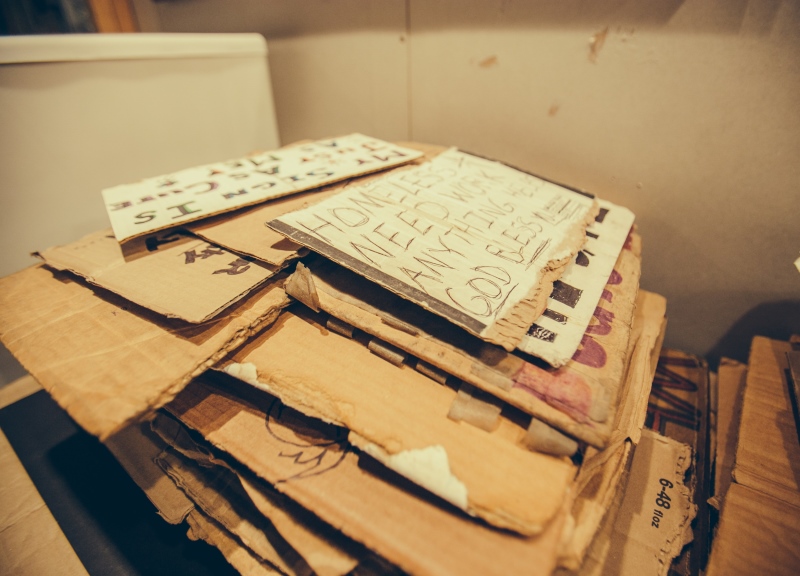 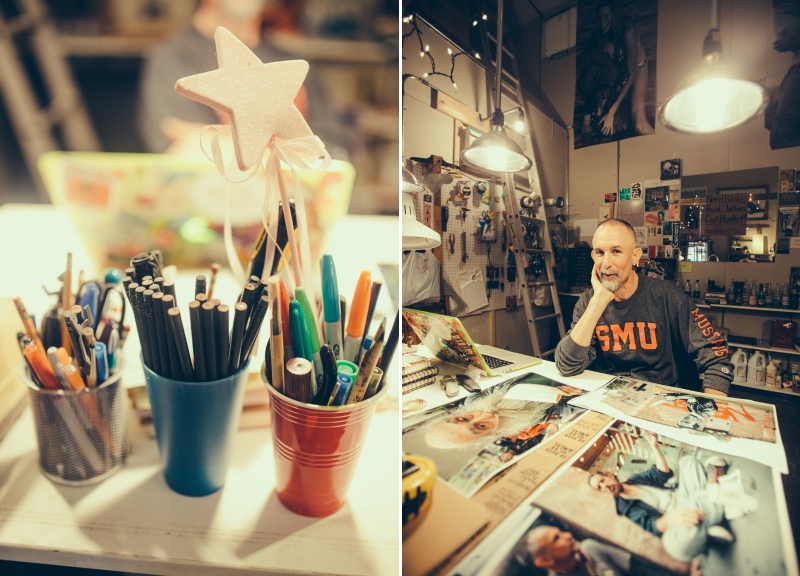 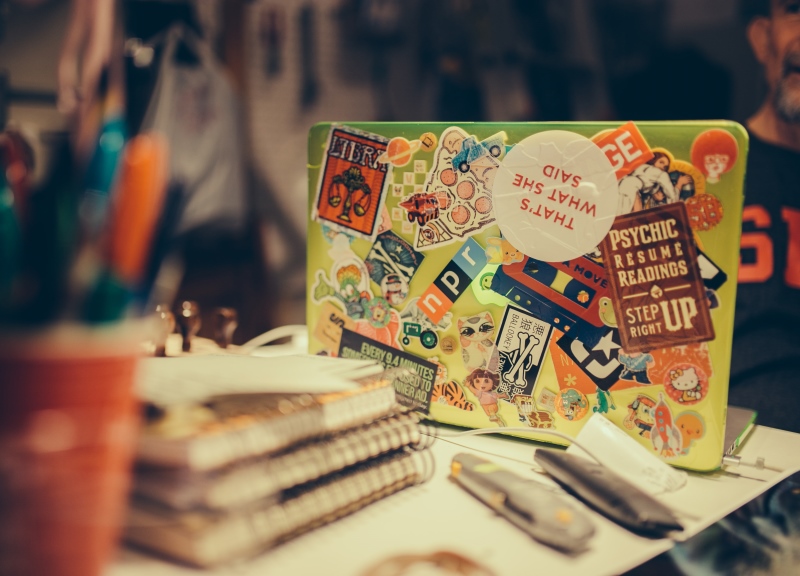 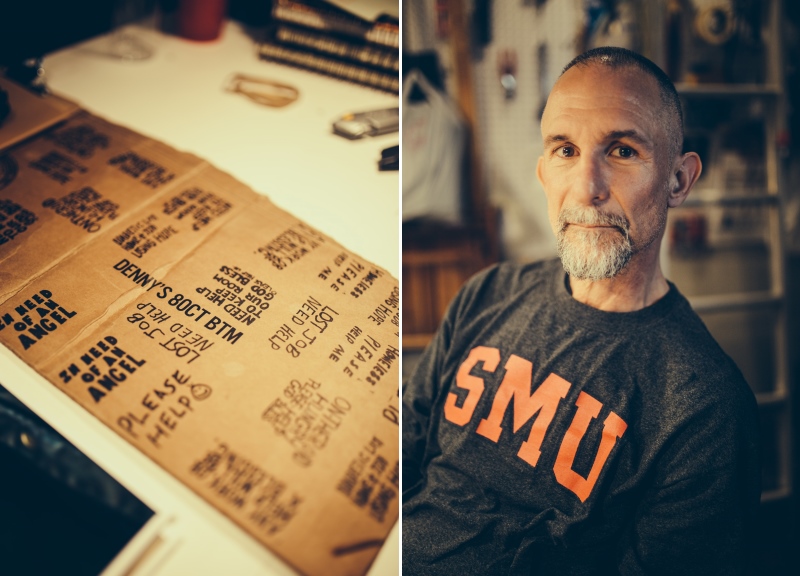 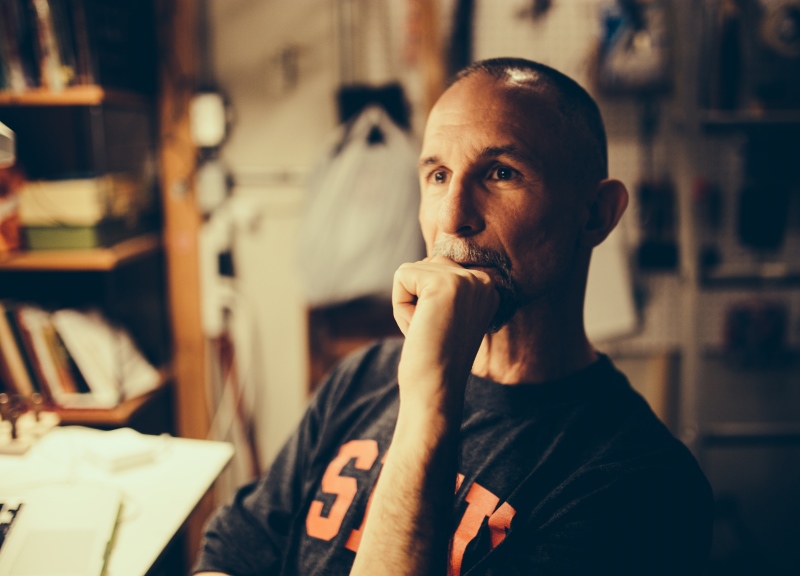 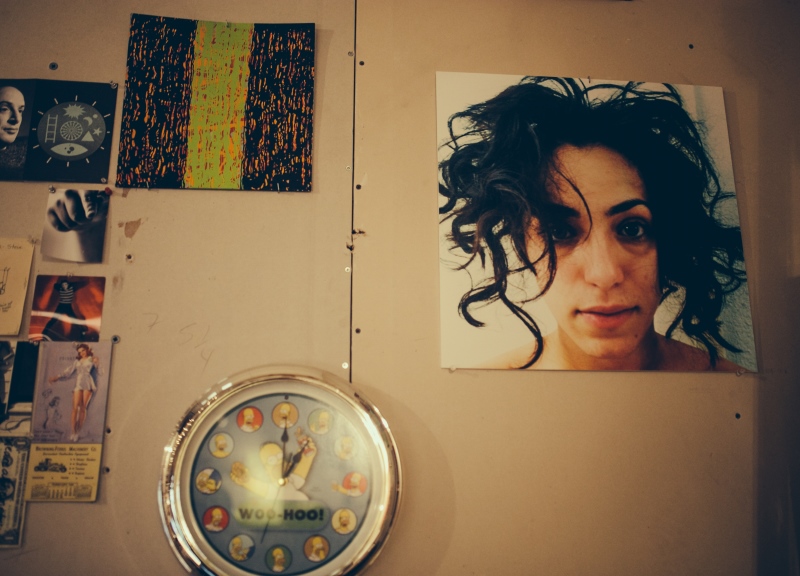 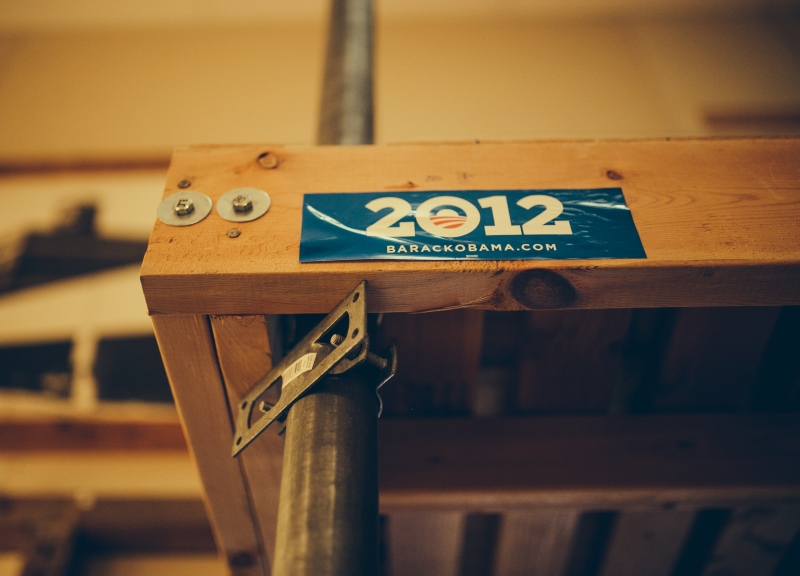 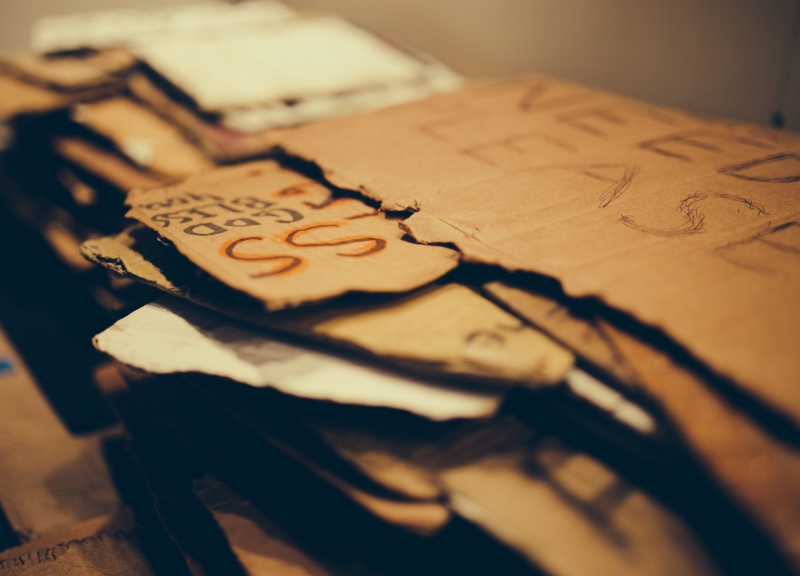 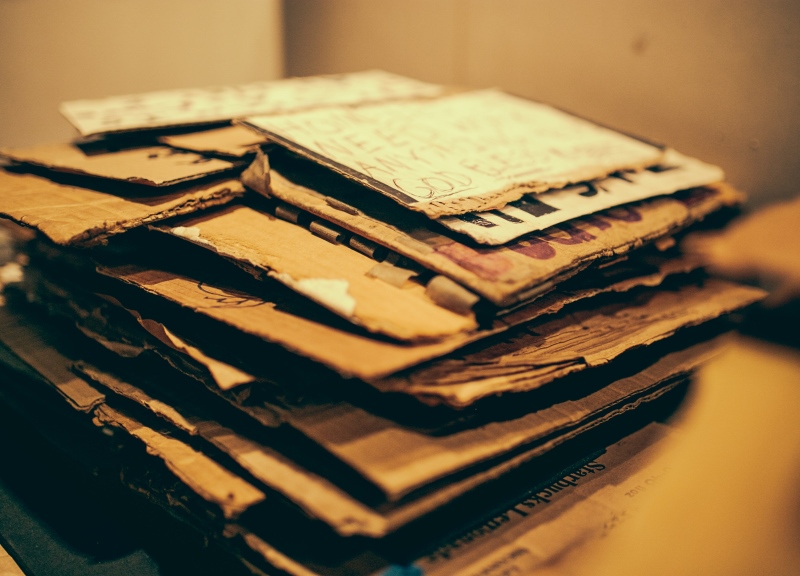 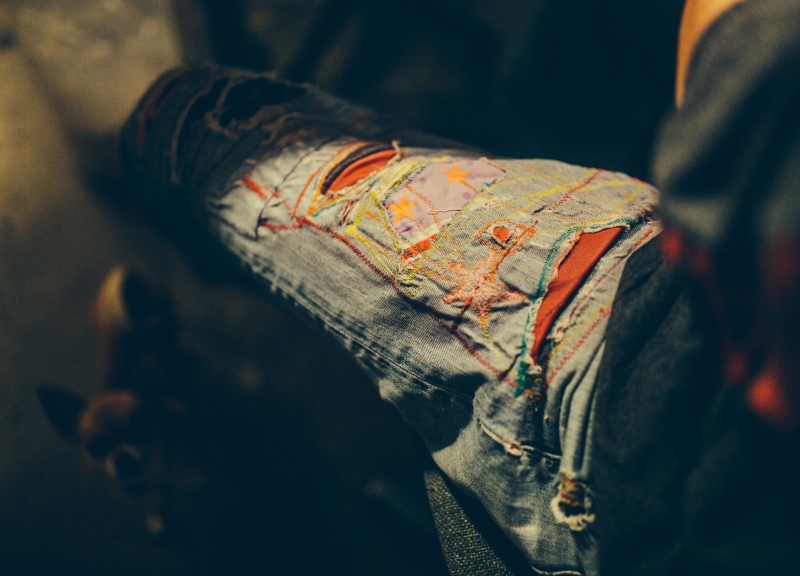