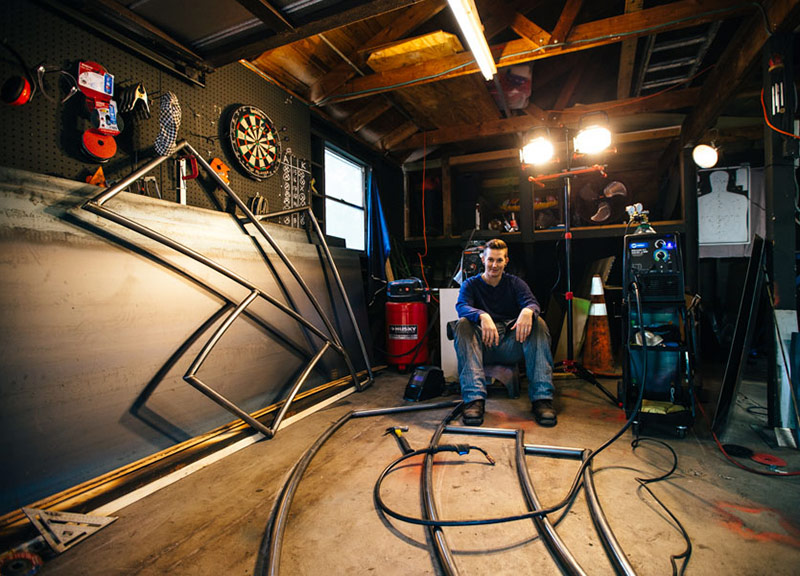 Upon entering Kate Firth's garage-turned-metalworking-studio in the Oak Cliff home she shares with her wife, an oppressive metallic aroma starts to engulf your senses. Turns out, the open-air construction of the space does little to circulate these scents out — and as more steel is cut, the aroma only thickens.

Currently, the renovated garage feels rather cramped, actually: The entire floor space is dominated by massive steel piping laid out over a pattern drawn in chalk on the concrete floor. Firth is still working on the final cuts for one of these pieces, with a completed piece taking up the right side of the studio. A third piece leans against the left wall, just barely out of the way. A 1200-watt, light-illuminated piece rests on the ground. The steel has already been shaped to the contours of the design; at the moment, Firth is getting set to cutting the final connecting pieces.

The cutting process is done just outside the walls of the garage on a circular saw resting on the concrete of the driveway. After carefully positioning the steel at the correct angle and locking it into place, Firth aligns the saw and turns the rust-colored blade on. At first contact, small sparks dance off of the steel and onto the driveway in front of her. As she leans more and more into the cut, torrents of sparks bathe the concrete.

Firth, who has always taken an interest in the tactile possibilities of art, crafted her first steel sculpture at the age of 18. The process of using your hands to shape something as large as your imagination would allow was always enticing, she says. And, upon completing her first sculpture, her path was essentially set.

“I knew what I was meant to do,” Firth says now.

She stands up from her position behind the cutter with a much-shortened piece of steel.

“This is the hardest part,” she says, plucking out her ear buds. “The cuts need to be pretty close so they line up without too much welding.”

This is the norm in Firth's medium, which is an intriguing blend of precision and raw force. Normally, things such as curving sheet metal and piping can be done by automatic machinery. But due to space restrictions and not having tens of thousands of dollars in her budget, Firth makes due with surprisingly few pieces of equipment.

There are a few staples she considers absolute necessities — tools such as her TIG welder, her saw and her plasma cutter. But when it comes to shaping the metals, she more often than not resorts to just using her hands, a process she describes as “massaging” the metal so that it may achieve curves and shapes similar to what the machinery produces.

“Sometimes you have to get a little MacGyver,” she says with a chuckle.

While Firth's studio may be a temple of improvisation, the efficiency at which she works betrays that. After quickly finishing the bars that connect the long, sweeping steel fingers of her current piece, she gets to work welding.

These particular sculptures present a few new challenges to Firth. They'll be installed on a wall at El Centro College in Downtown, and while she has plenty of horizontal and vertical space to fill, the pieces must meet ADA standards, and as such cannot protrude more than a few inches from the wall. But none of this is slowing Firth; she moves quickly from joint to joint, laying the first set of joining welds. The brilliant, white-hot light of her ARC welder pops up for a few seconds at a time, leaving behind the recently cooled weld. It's a precise process.

“It's always nice when the step you're working on is getting done in the time you mentally prepared yourself for,” Firth says as she looks over her first round of welds.

After she has the individual pieces connected, she will begin filling in the gaps between them. Following some clean-up of the welds, the pieces will be off to the painter to be powder coated their poppy colors.

It's a blur of a process, but it's one that Firth adores.

“All in all, I love the whole cycle of the sculpture,” Firth says. “I enjoy the physical making of the painting.” 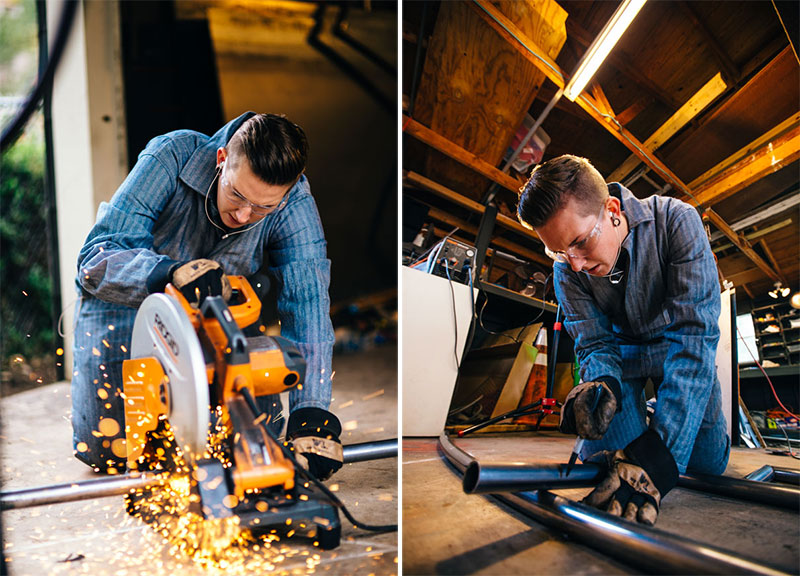 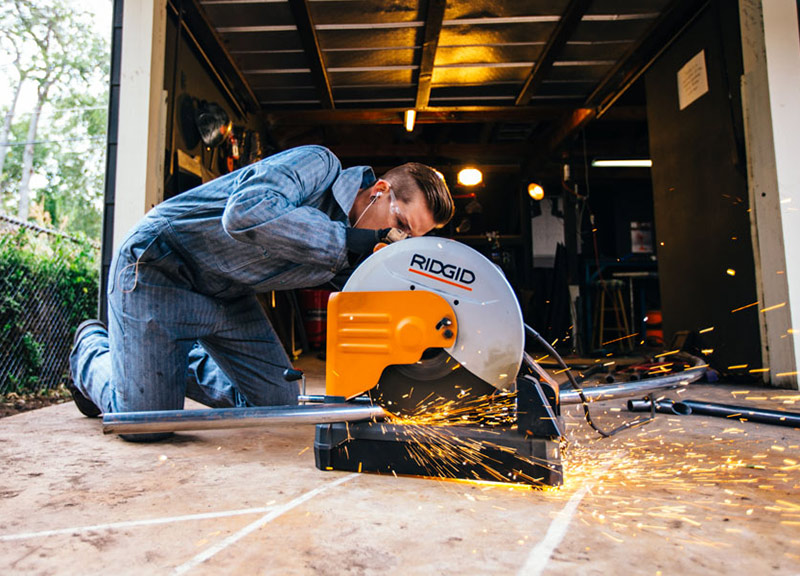 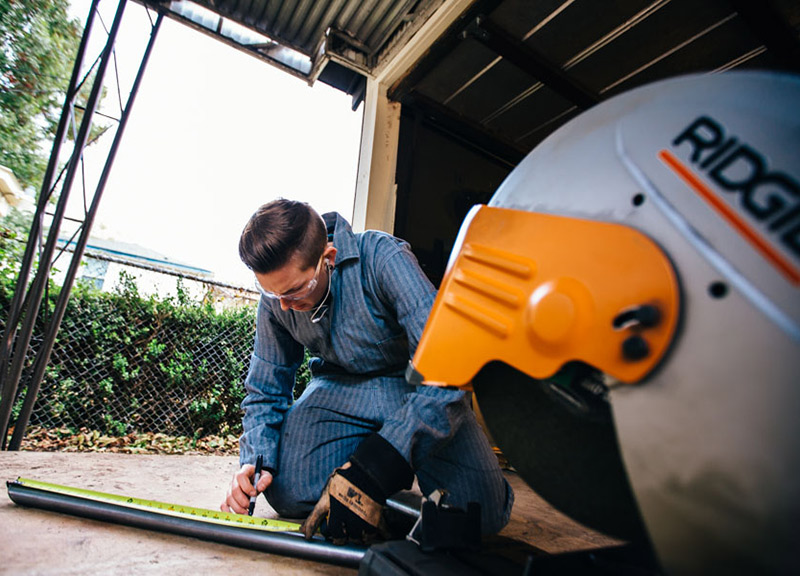 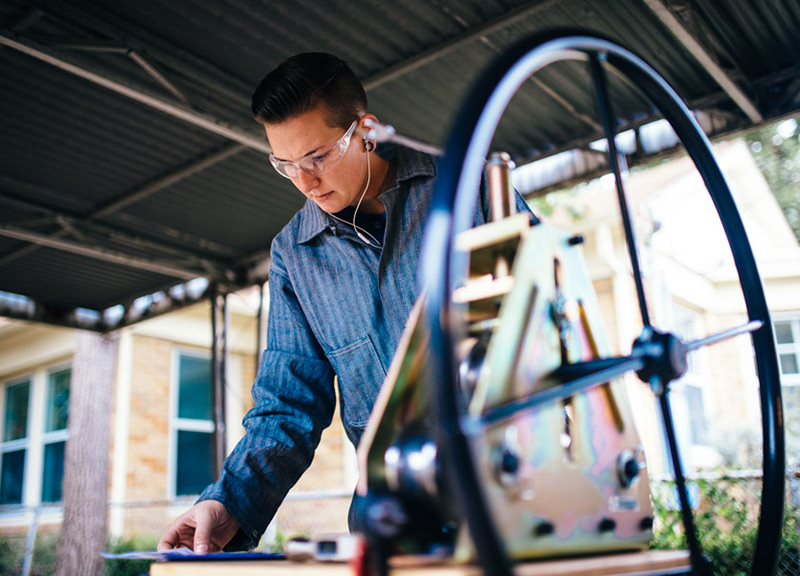 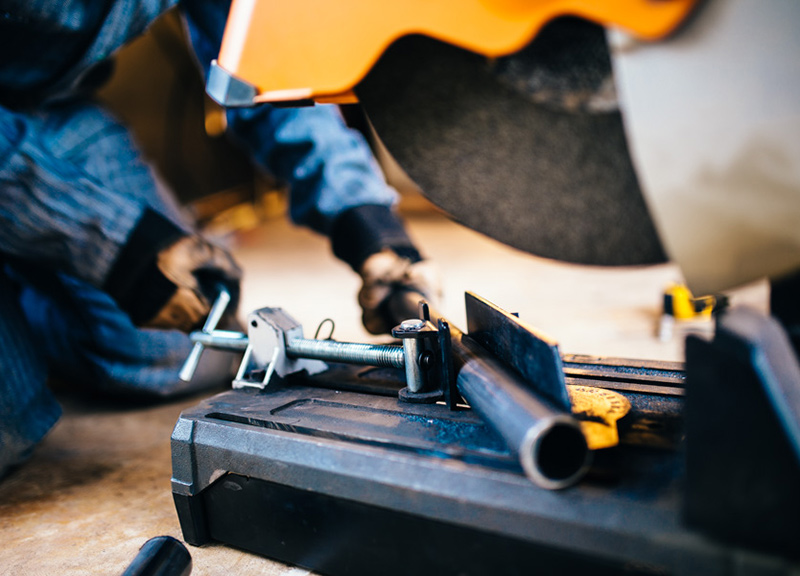 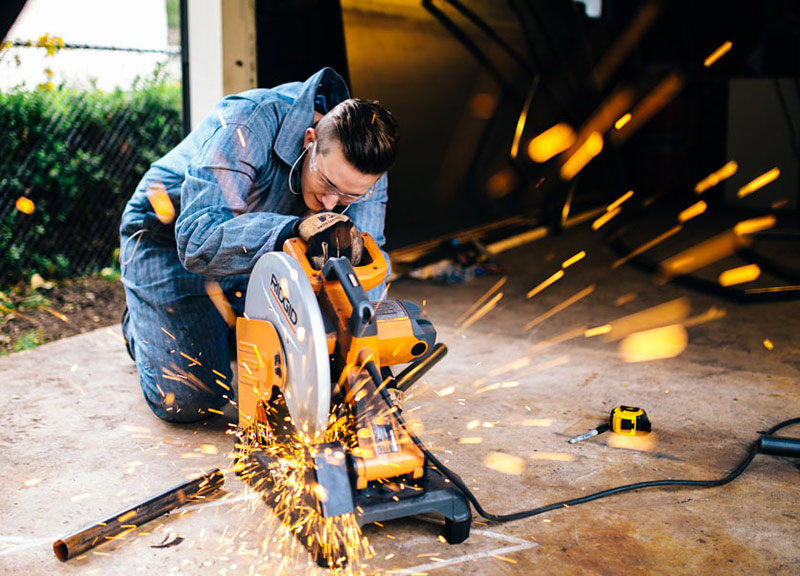 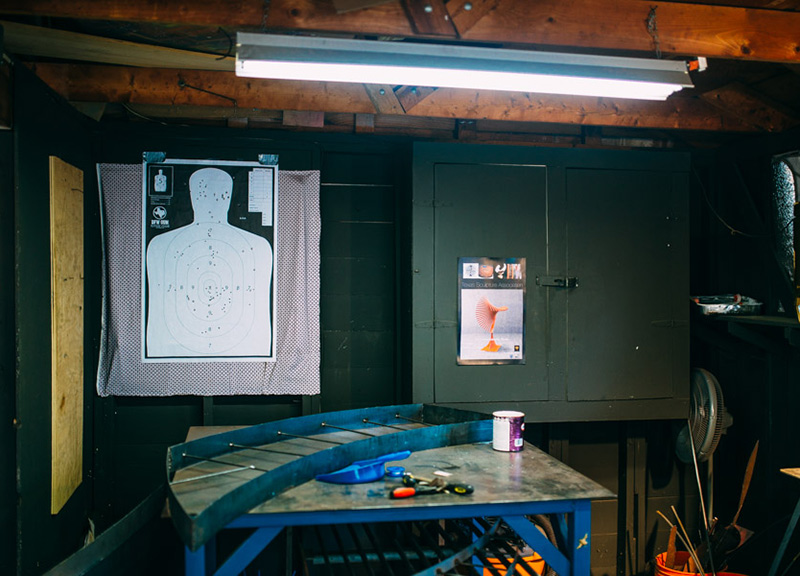 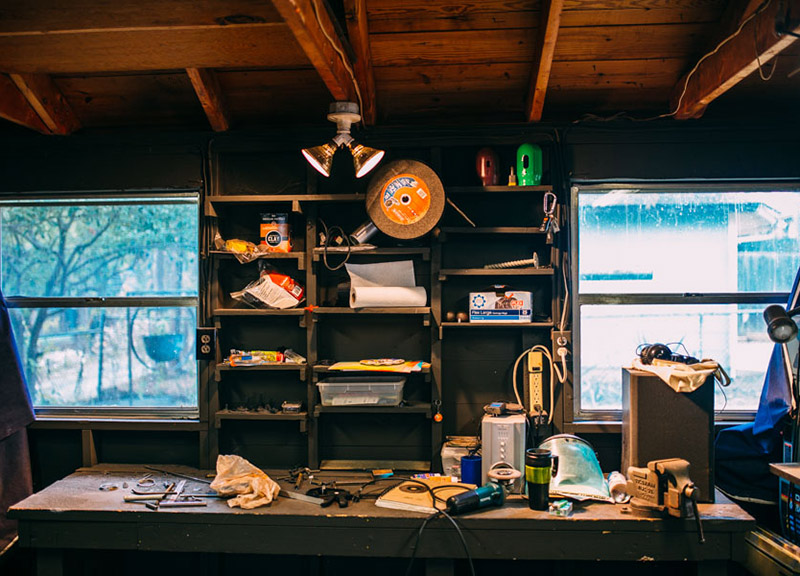 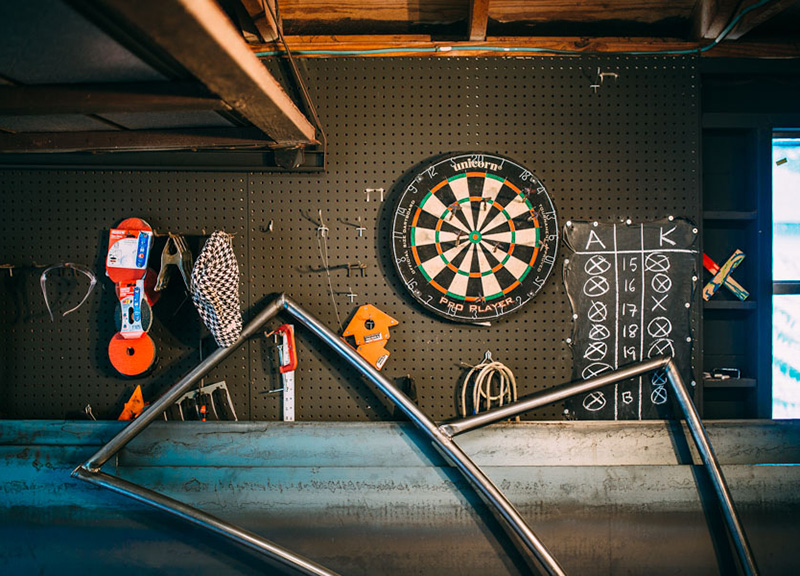 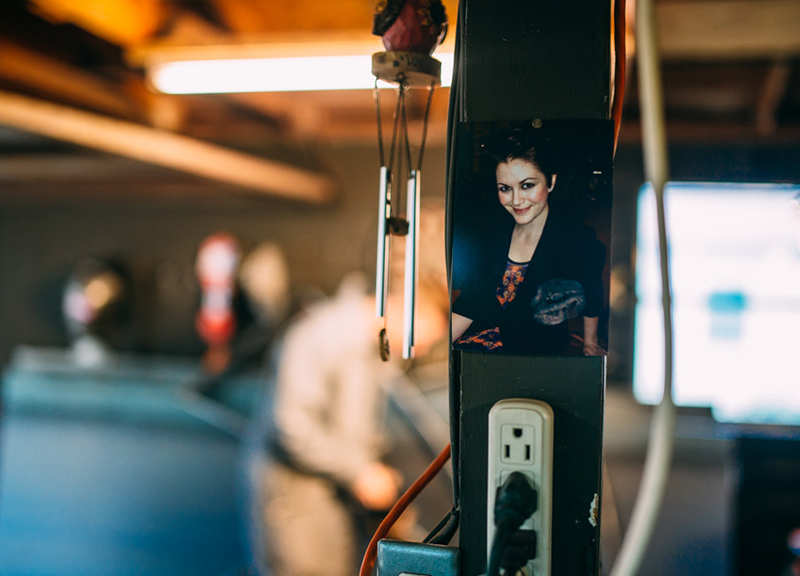 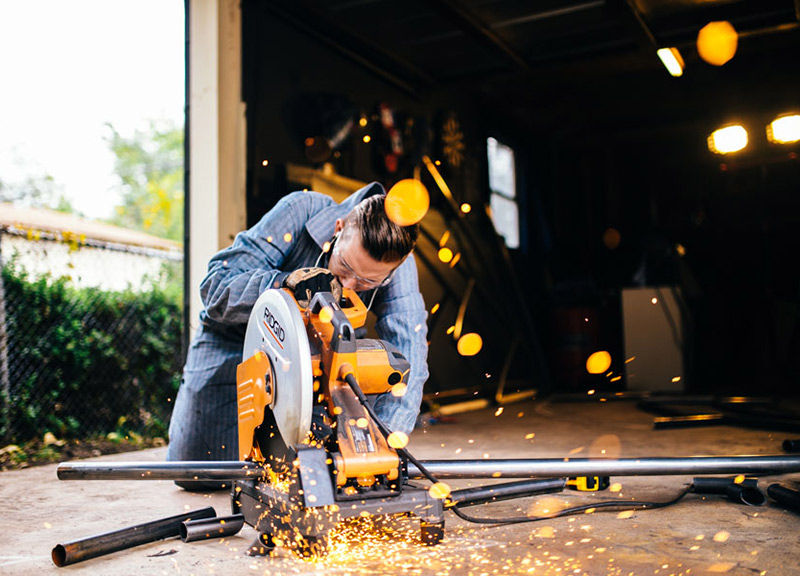 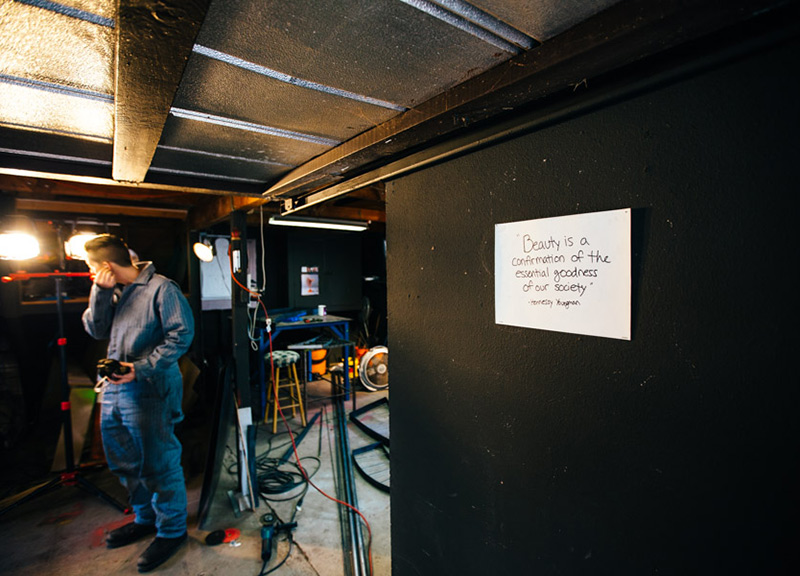 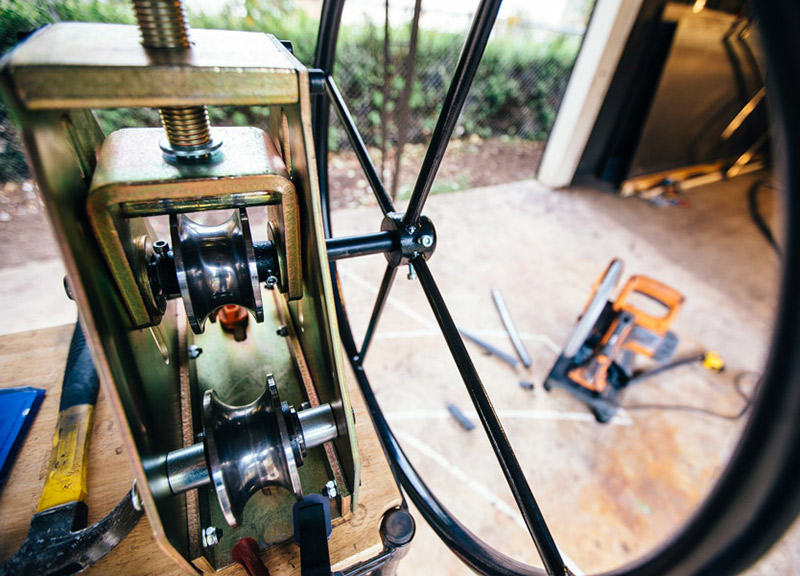 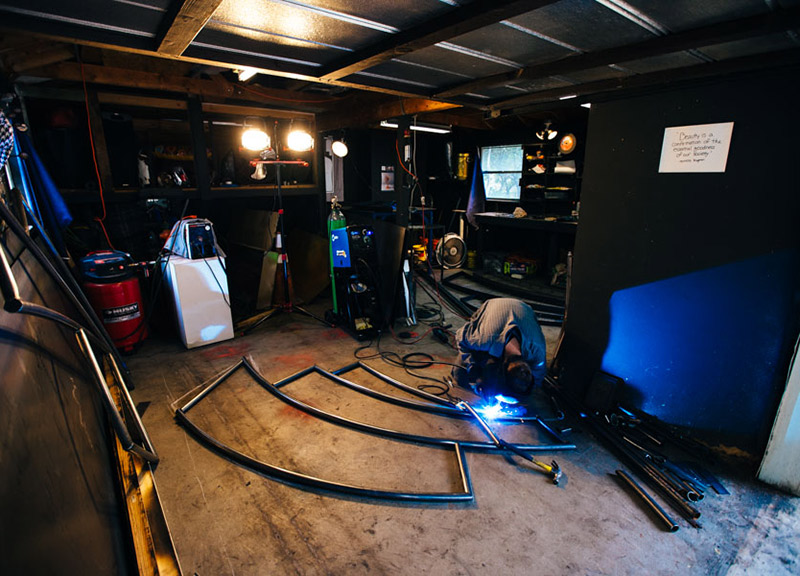 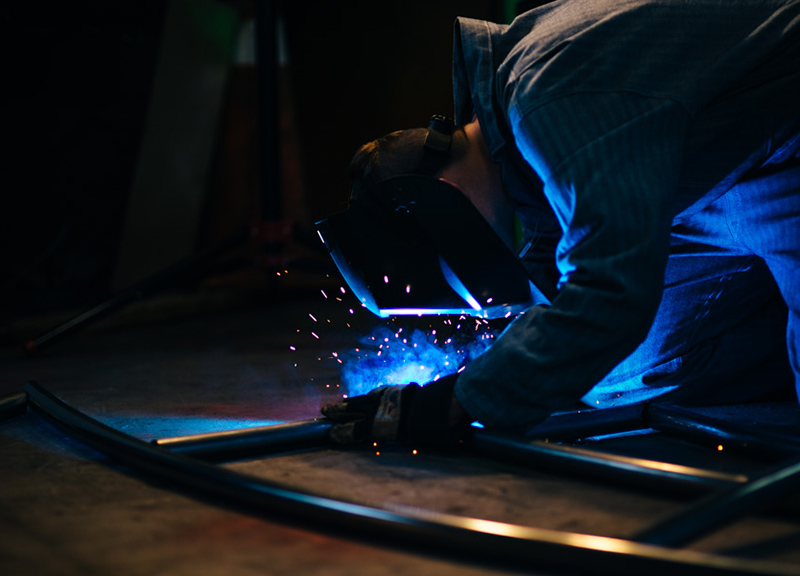 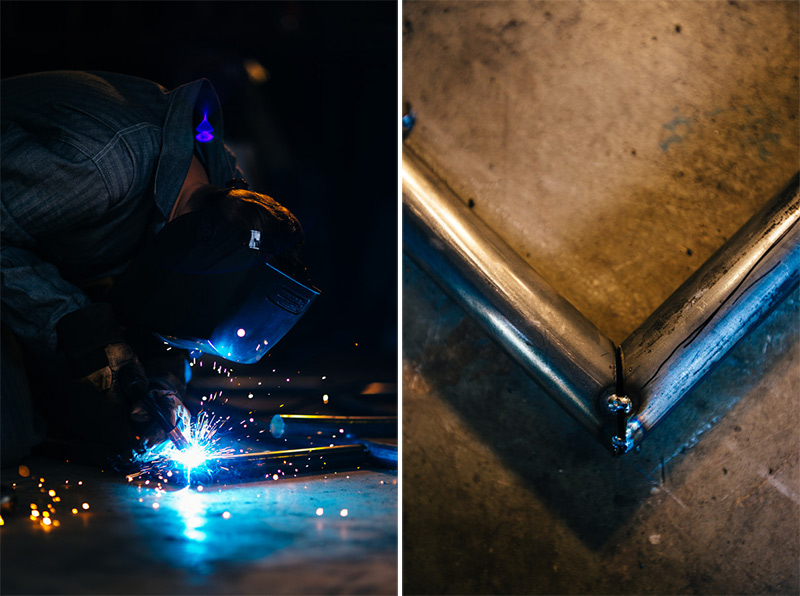 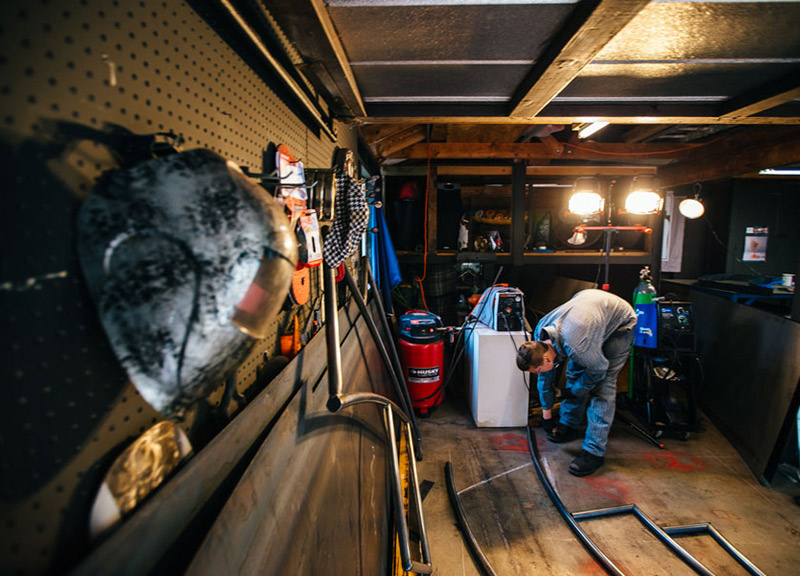 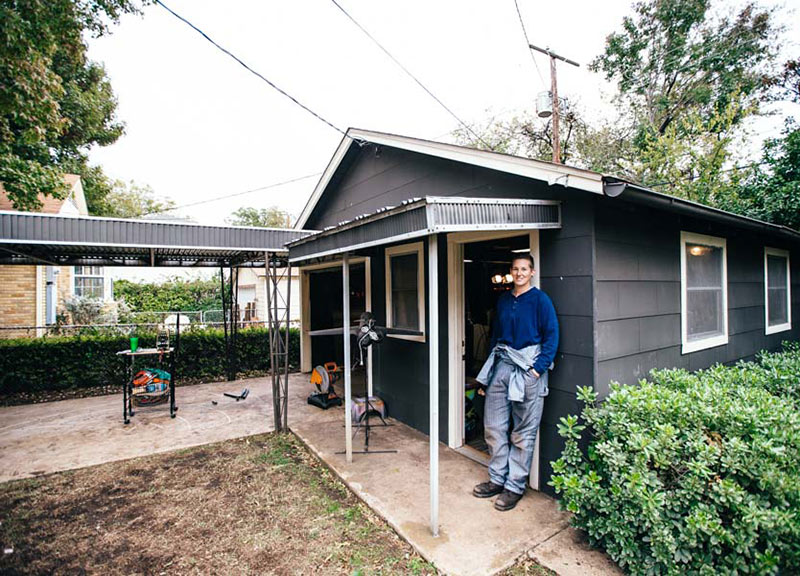