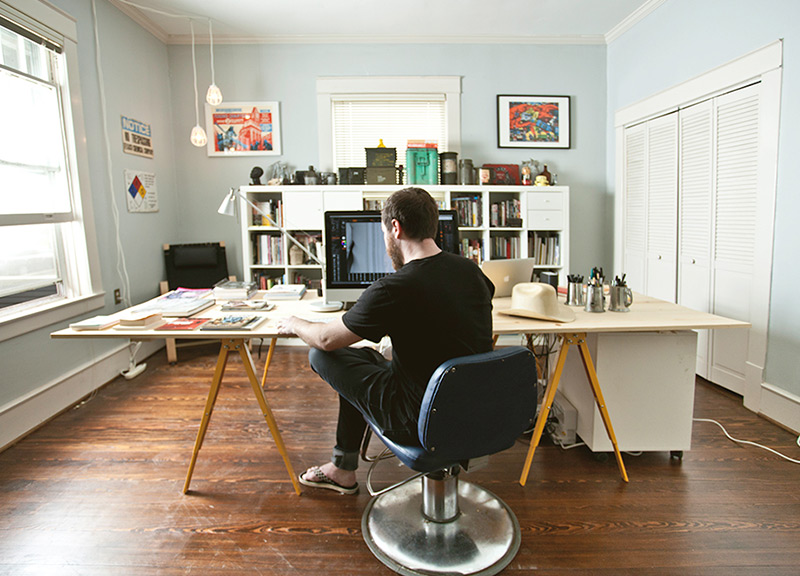 When you first meet him, Kristian Donaldson comes off as a rather unassuming guy. Maybe a little nerdy, sure. Artsy? Definitely.

Then you find out what he does for a living and it all makes sense: The guy's a comic book illustrator. Like, professionally. Not like in the way the guy at the local pizzeria claims it.

No, Donaldson is fully legit.

And he does it all out of his home here in Dallas.

Recently married, the 33-year-old Donaldson created his workspace with the help of his wife. And it's got everything an illustrator like him needs: table-space aplenty, technology when needed, plenty of light and reference books galore.

Now on the verge of publishing a series that he himself penned, Donaldson was kind enough to let us into his world, to see the space in which he creates, and to speak with us about how he got his start in the world of comics.

How long have you been involved with comics?
I've been drawing and producing comics and doing illustration for almost 10 years. I could pass as a cartoonist, but usually just say comic book artist. I can do logos, storyboards, set design, and 3-D modeling. But my main thing is to funnel that stuff into a big comic book production.

How did you get started in comic book illustration?
I studied at SCAD, and came out really motivated. I had gone to some comic conventions with student work stapled together and had tables, stood in lines to meet editors. A lot of hotel partying and lobby stuff, weird walks through strange cities with a rotating crew of interesting friends. My first printed work was in White Wolf's role-playing appendix books in 2002. It was five spot illustrations demonstrating scenes from the world of the game.

Which publications have published your illustrationg?
I did a canceled sci-fi miniseries for Image Comics fresh out of school. I co-created two comics with Brian Wood, Supermarket and The Massive. I did fill-ins on DMZ, and I co-created a crime graphic novel for Vertigo with the Italian stallion, Matteo Casali. I did some work that was for a Jet Li animated project. I did work for the American version of Spaced, directed by McG. I did covers for the DC comics version of Chuck, and for the Dr.Horrible series at Dark Horse. I did a promotional book for Philippe Starck. He gave me a medieval arrow and drew me a doodle of himself.

Is there a different approach, work-wise, when creating a digital comic over a printed one?
It's really just the toolbox that's different with the digital stuff. We've got such good gear — like the Wacom Cintiq and Manga Studio, Sketchu, and Zbrush. I guess, when you start doing the 3-D modeling stuff, you get a hold of a “camera” and learn how to place it and frame shots. That's got me interested beyond traditional drawing, and then it comes back as something useful in the process of making the comic.

With digital comics becoming more prominent, where do you see the comic book industry heading in the future?
I'll tell you when I figure it out. All I know is that if anyone gets in my way, I'll cut them.

What other creative activities do you practice?
Cooking. And making furniture. Both with my wife. Collecting military surplus stuff, too.

How important is your work environment to you?
It's good. It's got computer stuff and books in it. I like this big crazy table. Me and the missus made it.

What keeps you inspired?
Eleven herbs and spices, and a tall Coca Cola.

What's next for you this year?
I recently finished writing a 12-issue comic book series, and I'm drawing it right now. I'm free for editorial, storyboards, posters and covers at competitive rates. I will get fatter. And I will perfect the pan_fried dumpling. Also, if you live in DFW and know Zbrush, please email me. 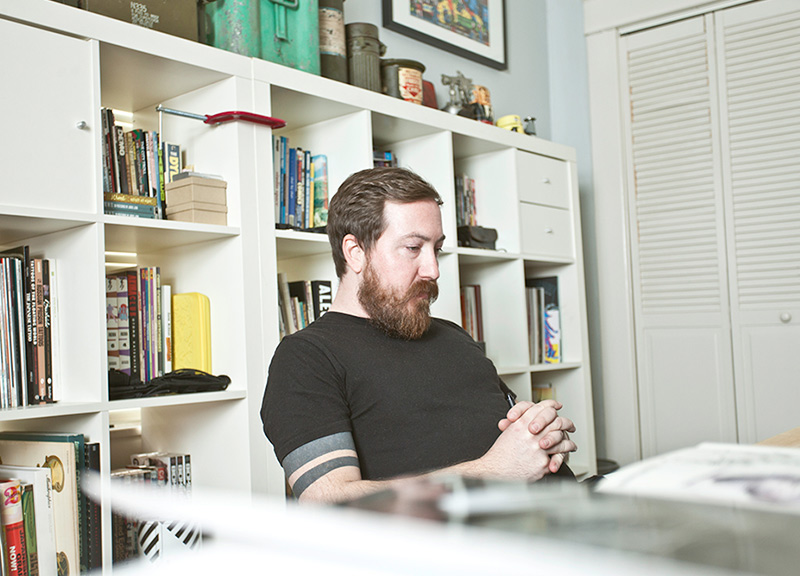 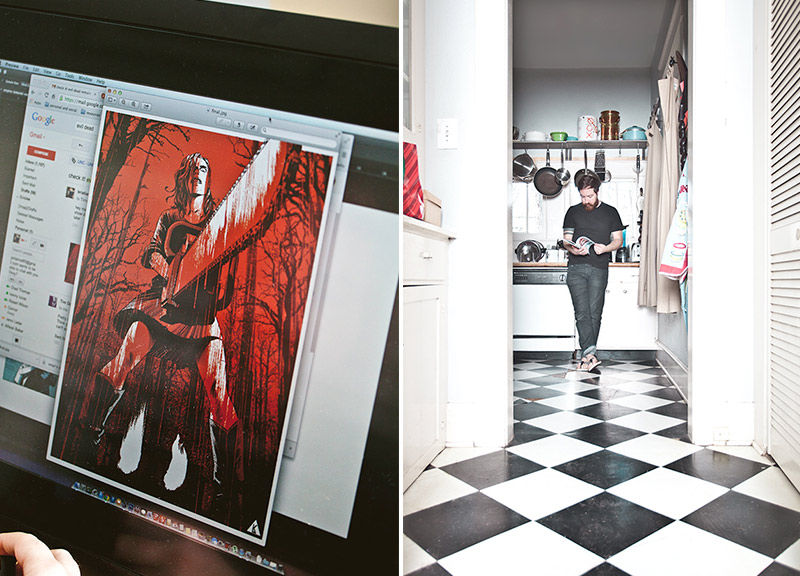 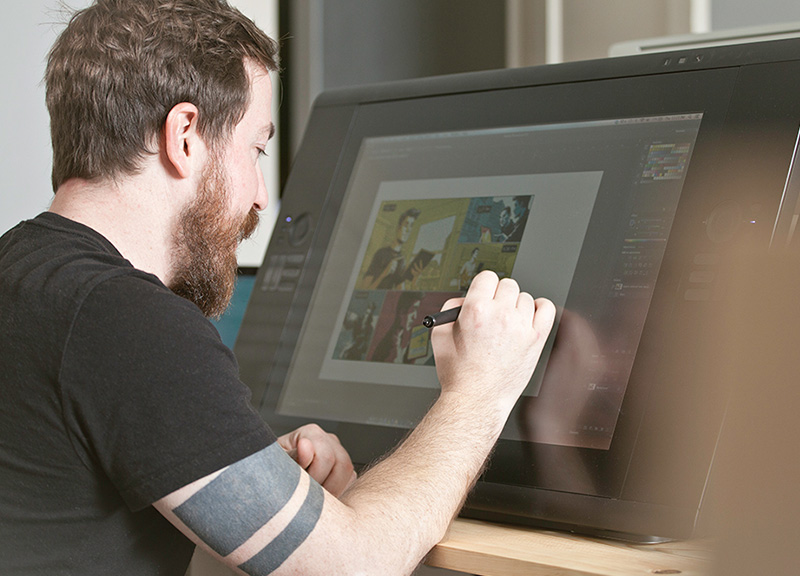 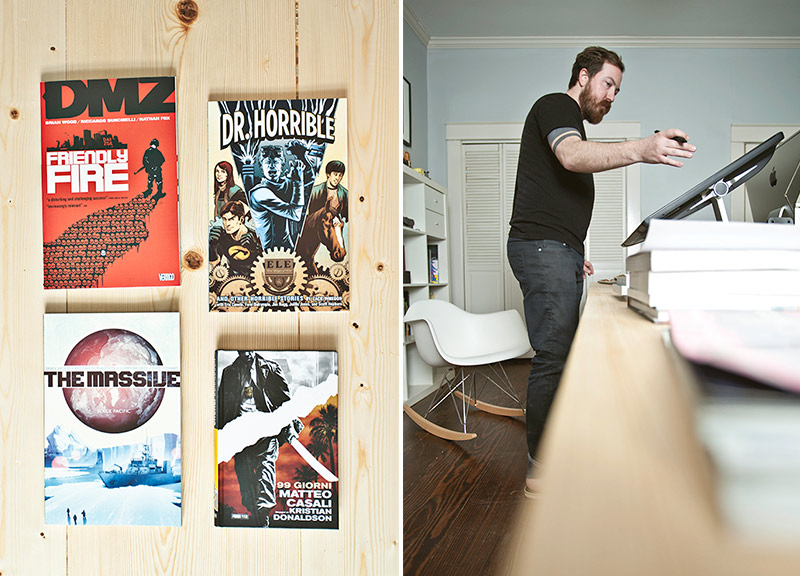 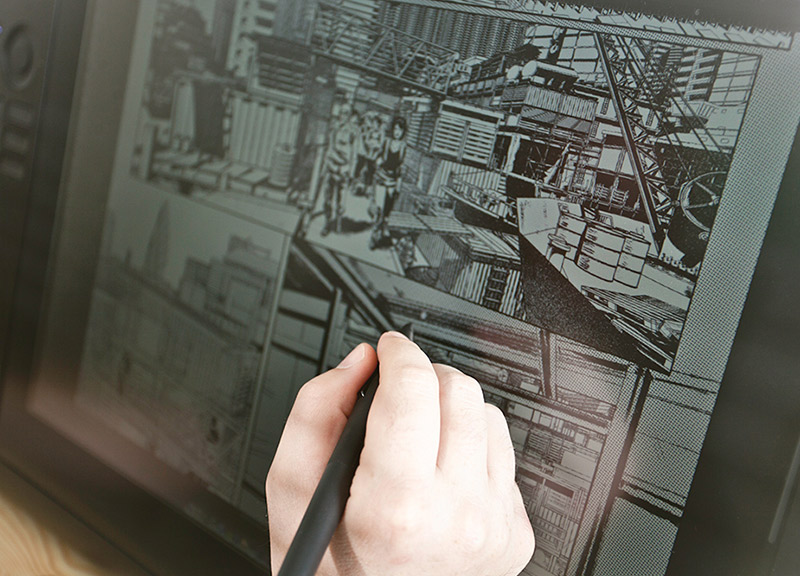 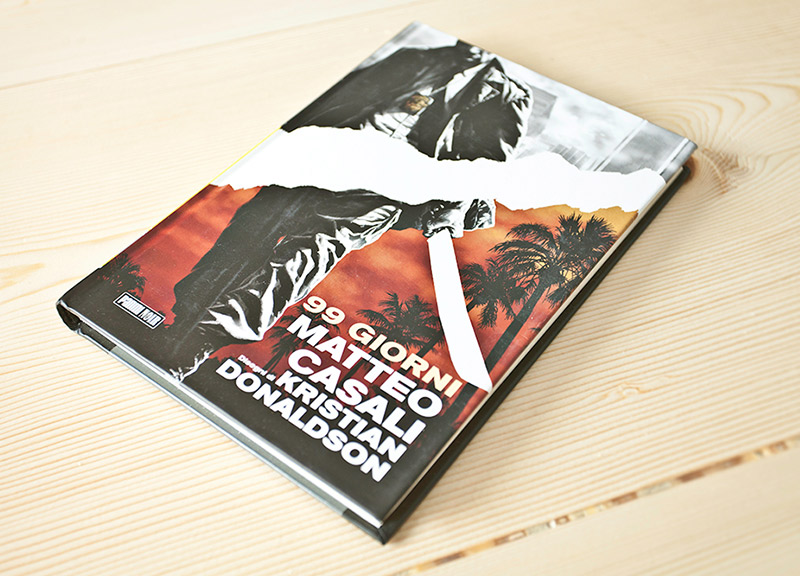 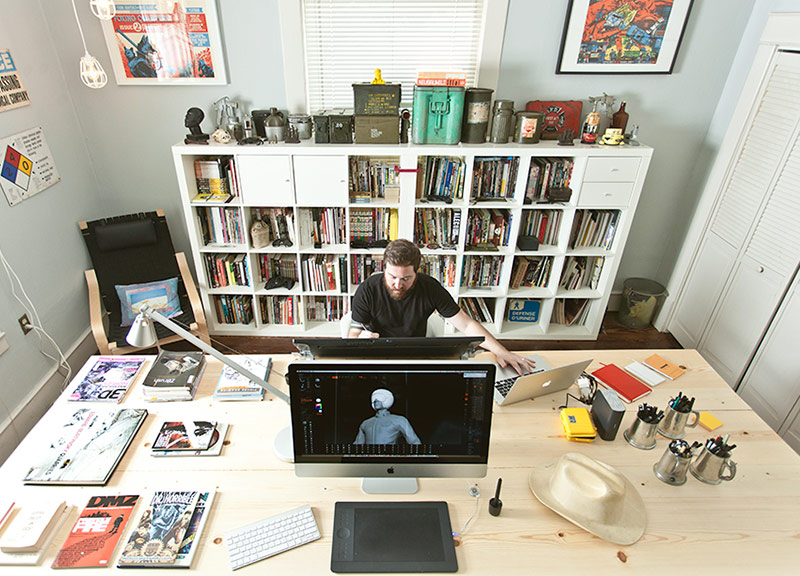