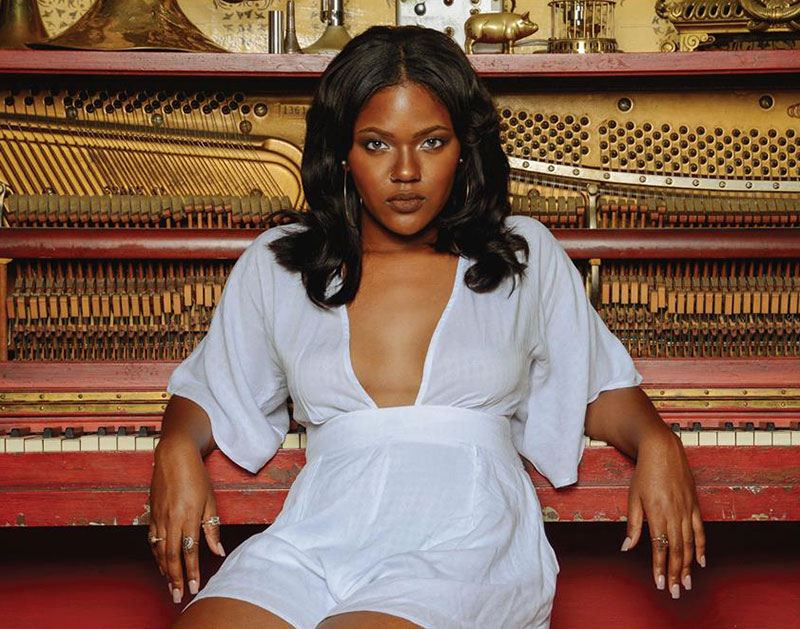 Zyah – “I’ve Been In Love”
RIYL: Stellar debuts.
What else you should know: Winding down a busy week feels like a perfect opportunity to give a spin or two or three to Zyah’s wonderful debut release, which comes two weeks after we premiered her very first music video. Yes, it’s that easy to get lost in the five-track EP that fully revolves around the artist’s smooth, effortless tone — one that will conjure comparisons to another local talent named Norah Jones thanks to her effortless range.

Jvn – “West Side Order”
RIYL: Five-tool players.
What else you should know: Earlier this year, Jvn demanded our attention with the ambitious and hard-hitting “Heavy,” and then he followed that up with a lighter, breezier summer jam called “Motions.” With “West Side Order,” Jvn’s demonstrates another aspect of his versatility as he glides through a quick tempo’d, 808-heavy beat and positions himself as one of the city’s premier rappers.

Harley Deville – “Kenzo”
RIYL: That je ne sais quoi.
What else you should know: Harley Deville is arguably Dallas’ most underrated artist. For years now, Deville has delivered dozens of wonderful low-key, avant garde tracks that all feature fantastic visuals — like his video for “The End,” for example. The timing now seems finally right for this act to blow, though, and we couldn’t miss the opportunity to feature “Kenzo” as one of our songs of the week.

Andy Pickett – “Floral”
RIYL: Living up to expectations.
What else you should know: Finally, we now know what Fort Worth musician Andy Pickett has been cooking up since joining forces with White Denim for his new album. “Floral,” the first single from his new album features the piano-driven tunes we’ve grown to know from Pickett, but the analog recording gives the track a classic vibe and a fuller sound.

T.Y.E. – “AR / Sacred”
RIYL: Two-for-one specials.
What else you should know: With the amount of music T.Y.E has released this year, you’d think we might start taking his new releases for granted. But they’re just impossible to ignore! While, “AR” feels and sounds like tracks we’ve already heard from the Oak Cliff native, “Sacred” is the real treat of this twofer. The Jefferson Boulevard visuals and a beat that feels likes a sample from Action Bronson’s “Hookers at the Point” are perfect complements to T.Y.E’s incongruent flow.

Shaolin G – “SORRY4THAMESS”
RIYL: Acknowledging seasonal affective disorder.
What else you should know: Earlier this week, the Unity, TX frontman offered up this new track from his solo project, and while the electrosynth tune offers up a cheery soundscape, don’t be fooled. Shaolin digs deep here and lets us into his head for a wonderful and earnest grunge-y emo tune.

Falgoo – “Safe Passage”
RIYL: Going home.
What else you should know: “Safe Passage” is a cut from Ashley Falgout’s debut EP Falgoo that will be released next week in full. The track was produced by Corey Howe of Dead Flowers, and it features soulful vocals and blues grooves that’ll have you swaying before the first verse is over. The track is a great introduction to the EP, which promises to feature themes of “angst-filled love songs washed down with a good whiskey.”

Nawfside Kognak – “Re Rock”
RIYL: Serving hard and selling soft.
What else you should know: Nawfside Kognak’s gritty, anthemic chorus floating over a slow-tempo’d goth beat will instantly hook you in on this one.

Ish D – “Flashlight” featuring BeMyFiasco
RIYL: Shopping at Express in the late ’90s.
What else you should know: “Flashlight” has a really great throwback quality to it that gives it its irresistible charm. The bouncing beat, along with BeMyFiasco’s fantastic vocals, make it nearly impossible to resist dancing to this one.