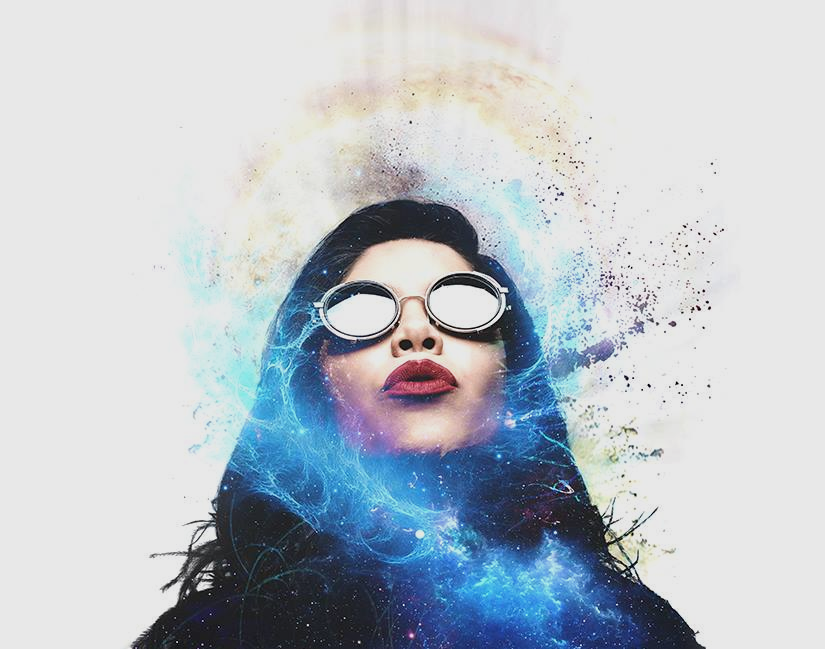 Jacq – “This is the Time.”
RIYL: Focusing on you.
What else you should know: In the biz since age 13, veteran singer-songwriter Jacq has released songs on major labels like Sony, hit the Top 20 on Billboard‘s dance charts and sung hooks on many an EDM track, most notably ones by DANK. Now she’s focusing on a solo career with this new single from her first EP, the upcoming Cosmic Affair. I’d say it won’t be too long until she’s right back up there on top. I really think you ought to fuck with this.

Ranch Hands — Dunked.
RIYL: Salad fingers.
What else you should know: Love these playfully little skronky noise experiments? Sorry, this entire EP is only about three-and-a-half minutes. Not a fan of this offbeat little post-punk racket? That’s OK, surely you can sit through a measly three minutes of anything.

BNQT — Volume 1.
RIYL: Second helpings.
What else you should know: The new year brought word of new supergroup BNQT — led by Midlake’s Eric Pulido the band also features Ben Bridwell (Band of Horses), Alex Kapranos (Franz Ferdinand), Fran Healy (Travis) and Jason Lytle (Grandaddy), with the rest of Midlake backing the whole gang. Then SXSW brought the group’s first-ever (and only so far) live performance. And this week, as Consequence of Sound debutied the BNQT debut in full, Pulido and the gang are already teasing a follow-up effort with even more famous collaborators getting involved for round two: “John Grant [of The Czars] was the only person to whom I reached out who wasn’t available this go ’round (he’s confirmed for Volume 2),” Pulido tells CoS.

Astronautalis – “These Songs” (feat. Fadeaway Jumpers).
RIYL: Tying up loose ends.
What else you should know: A few weeks ago in this column, we posted a new Astronautalis track called “Dirt Bikes.” Turns out, it was the first of three final singles the rapper is putting out as a palate cleanser before he can mentally move on from his last LP, Cut The Body Loose, and enter his next project with a thematically open mind. The second one came out yesterday. That’s it up there above. Anyway, that’s what he’s talking about when he say he “doesn’t want to write these songs.” Like, he doesn’t want to keep writing songs that sound like they should have gone on his last record. Like, he’s ready to move on and keep growing as an artist. I think. Or maybe he’s just over it but he can’t stop/won’t stop all the same.

Sundae Crush — Crushed.
RIYL: Crushing it.
What else you should know: The aural equivalent of a Lisa Frank binder, it’s not hard to picture these songs personified as multicolored dolphins breaching seas of glitter, pastel pegasi playfully flying by rainbows or bright blue, sunglasses-wearing penguins surfing dangerously close to purple killer whales. They’re dreamy and non-threatening and just pleasant as all get-out.

Starfruit – “Divine is Mine.”
RIYL: Unicorn frappuccinos.
What else you should know: Led by the single-named Bubbles, Starfruit releases its debut seven-inch of glamorous, horn-filled lo-fi jams this weekend. You can pick a copy up on Sunday afternoon at Good Records where the band will also be performing. That’s one of the record’s three tracks streaming up there above.

From Parts Unknown – “Rad Pitt.”
RIYL: Poppin’ pills.
What else you should know: Speaking of album-release shows, Dallas punk trio From Parts Unknown released its new Trucker Speed EP last night at Three Links. It mashes together several schools of the genre, from rockabilly and ska to NOFX-like skate punk, and filters it all through dark, rootsy leanings. “Our songs have always dealt with sadness and loss through a certain toughness and hopeful optimism,” says frontman Ben McCracken. Totes tough.

Triangulum — s/t.
RIYL: Waiting to speak to a customer service representative.
What else you should know: Cody McPhail has been to many ambient music shows – and it shows. He runs the recurring Dallas Ambient Music Nights shows, which is about to put on its 24th event this Sunday at The MAC as part of Dallas Medianale. Triangulum is McPhail’s own ambient project, along with bandmates Sean French and Chad Walls. This is their debut LP, recently released on cassette via Pour le Corps. Bring a copy to your next massage appointment!

Saint Ro Mayne – “Everything.”
RIYL: Walking with thee.
What else you should know: The Dallas native rapper has a new project on the way called Saint and Sinner, from which this single comes. The struggle between those two opposite archetypes is real in the track, where Ro’s god-fearing side is in constant conflict with earthly temptation. It’s uplifting without being too preachy, which is also nice.

Star Music – “JFK” (feat. C.Struggs, J Rhodes).
RIYL: Visiting the “X.”
What else you should know: For many years following Kennedy’s assassination, Dallas tried to shake its City of Hate nickname. Now, 50-plus years later, the Grassy Knoll is just another local landmark and a tourist attraction of sorts to be namedropped alongside “the M streets.” Here, JFK’s name is used as an extended metaphor for watching your back. There’s always another Lee Harvey Oswald lurking out there gunning for ya.

Little Beards – “Cloudbursting.”
RIYL: Paying tribute.
What else you should know: Last time the Dallas duo Little Beards was featured in this column, it was for covering a ZZ Top song for Chicago label THE PRF’s monthly free tribute compilation albums. This month, they asked for bands to put their spin on Kate Bush tunes. Once again, Little Beards obliged.

Drawn by Jaymz — Night Bright.
RIYL: Doing work.
What else you should know: There’s being prolific and then there’s being Drawn By Jaymz, who releases an album almost every month. We’ve missed a few, but this is his fourth one since December. Thing is, you’d expect someone working at that pace to let a few stinkers occasionally slip by, perhaps even accidentally. But these spacey alt-rock and indie-pop cuts — entirely written, performed and sung by DBJ himself — are generally quite solid. It’s just so much to keep up with!

The Whistles and the Bells — Modern Plagues.
RIYL: Branching out.
What else you should know: The second album from former Cadillac Sky mandolinist Bryan Simpson finds the musician spreading his wings and dabbling in several genres. At times, he reverts back to the bluegrass-y influence of his former band. But the record shines when it walks the fence between Americana and pop-rock, never taking itself too seriously and finding every opportunity to throw in a reference to Harry Potter or Land of the Lost. Oh, and not to bury the lede, but three of the 11 tracks were co-written with Raconteurs’ Brendan Benson.

Coach Tev – “Flight Change.”
RIYL: Sweet talking.
What else you should know: This is the first we’re hearing from Coach Tev this year. This smooth, neo soul-influenced single comes in advance of an upcoming EP called I Fell In Love With My Mistress, which he says will come out sometime in the fall. The Love Jones clip in the middle is fitting, given the lyrics match the same smooth-talking romancer of the character in the film.

Ronnie Heart — “funplex”
RIYL: Having fun.
What else you should know: A year released from putting out his you(r) mine EP, Ronnie Heart just dropped this new single this afternoon. It sounds like Heart, which is to say there’s a clear Michael Jackson and Prince influence to be found on it. But it’s also delightfully goofy, like it could be the theme song for some sort of alternate universe version of Pee-Wee’s Playhouse.

Reagan James — Message.
RIYL: Turning chairs.
What else you should know: We haven’t heard from the former The Voice contestant in a minute, but we’ve thrown lots of praise to the youngster’s past releases. So we’re stoked to see she’s back on the scene, not only releasing this new six-song “mixtape” today, but announcing plans to release more of these every few months. That’s good news indeed, as this is some really good, R&B-inspired pop in the vein of Kimbra’s most recent album.