Song Of The Day: Tribal Gaze – “The Grand Arrival” 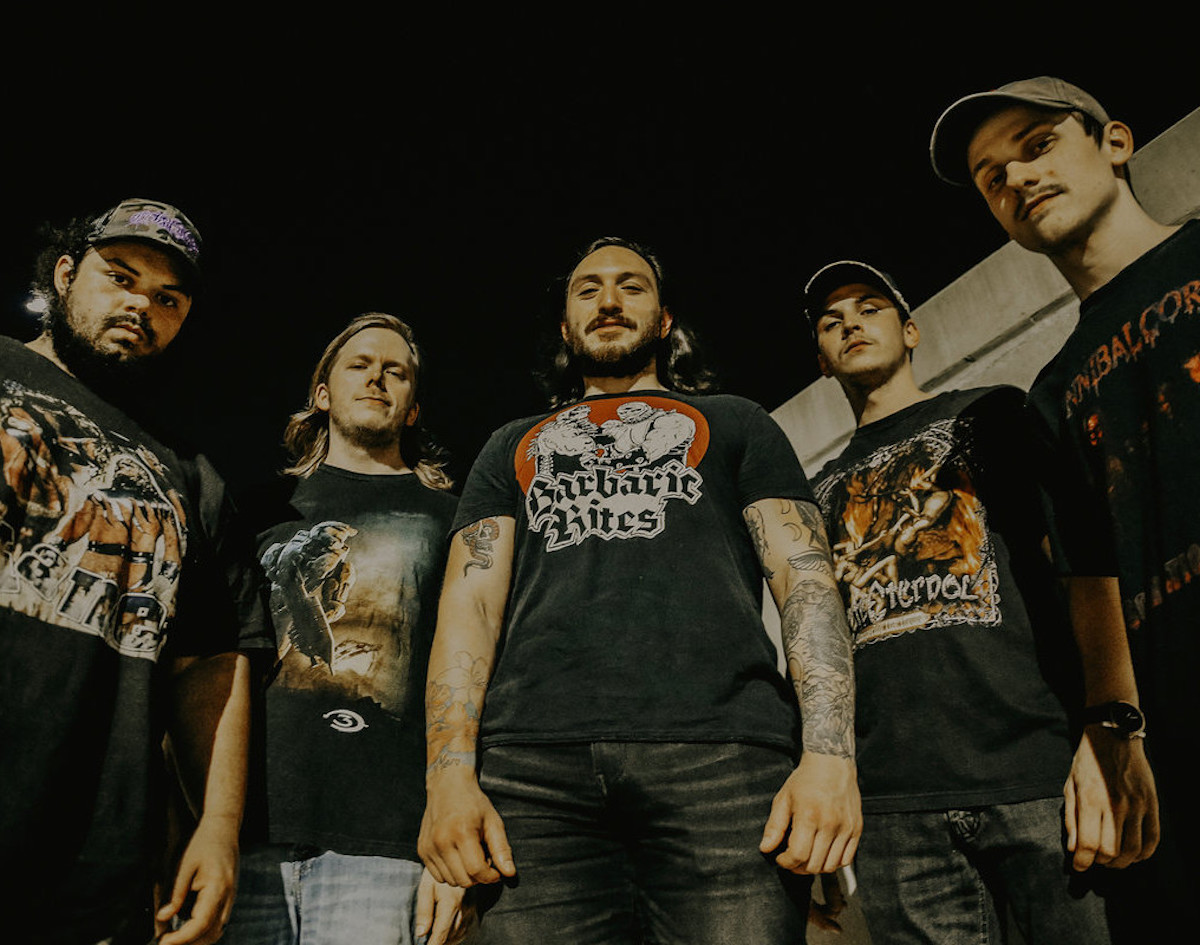 Perk Your Week Up With This Bonus Track From Tribal Gaze’s Reissued EP. It’s Fast, Loud And Everything Else You Need Death Metal To Be.

TRIBAL GAZE – “The Grand Arrival”
RIYL: unleashing guttural sounds in the shower
What else you should know: Are you in need of some potent death metal from Dallas on the second day of the week? The quintet TRIBAL GAZE serves up fantastic sounds and moods on “The Grand Arrival.” Happy Tuesday, indeed.

Their 2021 EP Godless Voyage was reissued by Maggot Stomp a few weeks ago, remastered with this song as a bonus track at the very end. It makes for an excellent closer to this promising act’s debut platter.

Guitar squeals, mixed with a thick low-end introduce the tune before shifting into a head-bopper of a verse. It’s fast, but not blinding fast. The chord usage is more doom with its sound of dread but mixed with death metal precision. Vocal-wise, the focus is to sound as deep and guttural as possible. It might sound like Cookie Monster to those who don’t care for metal, but it’s a genuinely great tone that fits with the detuned guitars.

Think classic Morbid Angel and Cannibal Corpse to get an idea for “The Grand Arrival,” but without the race to sound the fastest and heaviest. The band is not afraid of speed, but they know how to balance a good groove riff with warped speed.

The success of the difference between decent metal and ear-punishing metal is the quality of the production. If you don’t have the right kind of frequency separation between the guitars, the vocals, and the drums, it can sound like muffled noise down the hallway.

TRIBAL GAZE’s sound is in good hands, giving them a sonic representation that benefits them. They’ve played some great shows around here and out on tour. (They’ll be opening for legends Municipal Waste at Rubber Gloves on April 1.) This band is on the rise, and they have all the right things going for them.