Song Of The Day: Los The King & JDiggs Tha Prodigy — “Pluckers On My Mind” 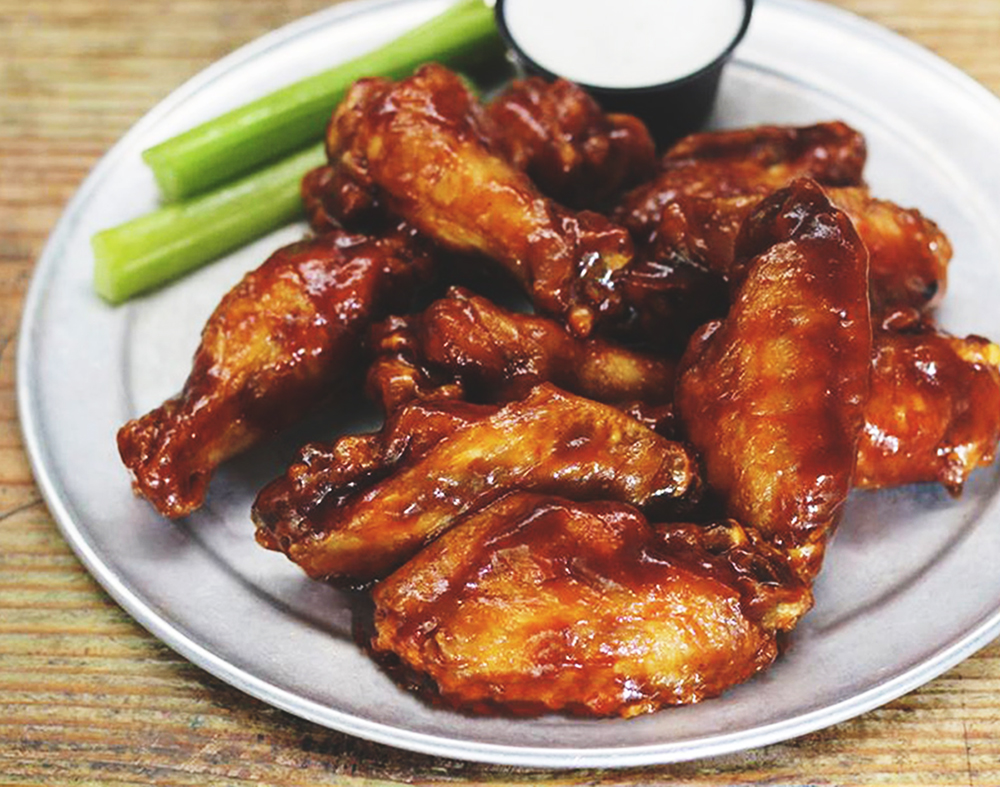 Check Out The Chicken Wing Chain-Loving Track From A Pair Of Fort Worth Emcees Who Decidedly Claim Affiliation With The Spicy Lemon Pepper Gang.

Los the King & JDiggs Tha Prodigy — “Pluckers On My Mind”
RIYL: Eating more ginger peach sriracha wings and fried Oreos than you weigh.
What else you should know: Fort Worth rappers Los the King and JDiggs Tha Prodigy are members of the Spicy Lemon Pepper Gang, an affiliation they claim with pride throughout their new single, “Pluckers On My Mind”, which, yes, is very much a reference to the popular chicken wing restaurant franchise.

Let’s be clear about this: If claiming a gang affiliation over a chicken wing flavor sounds trivial to you, you’ve clearly never been to a Pluckers location before. Fact is, the wings there are very much to die for.

SEE ALSO: A Definitive Ranking Of Every Flavor Wing At Pluckers. // We Went To Pluckers And Tried All The Wing Flavors So You Know Exactly What To Order The Next Time.

But, all jokes aside, Pluckers is not as far removed from the dangers of society as you might think. The very same day this song dropped late last week, the Austin American-Statesman reported that a 39-year-old named Jonathan Cortez was arrested for making a terroristic threat at a Pluckers location in North Austin.

Thankfully, nobody got hurt during this incident. But bear in mind: This happened in North Austin — an affluent part of town that includes a TopGolf and an escape room.

Folks, Pluckers is so up to their eyeballs with street cred that it even makes the most suburban-like parts of towns seem dangerous. In other words: Don’t ever question the seriousness of the Spicy Lemon Pepper Gang — or why people are so in love with the chain.

Los the King and JDiggs Tha Prodigy’s track is obviously a manifestation of this, which is self-evident through its name alone. Lyrically throughout their track, the twosome explains their affection more deeply: Aside from spicy lemon pepper wings, Los the King and JDiggs also pay tribute to the restaurant’s fried Oreos and holy macaroni offerings.

In case you were wonder, yes, this is a parody of YNW Melly’s “Murder on My Mind” single from last year. For his part, Melly wasn’t just putting on an act in releasing that song, either. In February of this year, the Florida rapper was arrested and charged with two counts of first-degree murder. This whole time, Melly was basically just speaking his truth.

While this updated version song may indeed be a parody, we can’t help but feel as if Los the King and JDiggs are also speaking their truth — albeit a decidedly more wholesome one.

All we are saying is give garlic parmesan wings a chance.