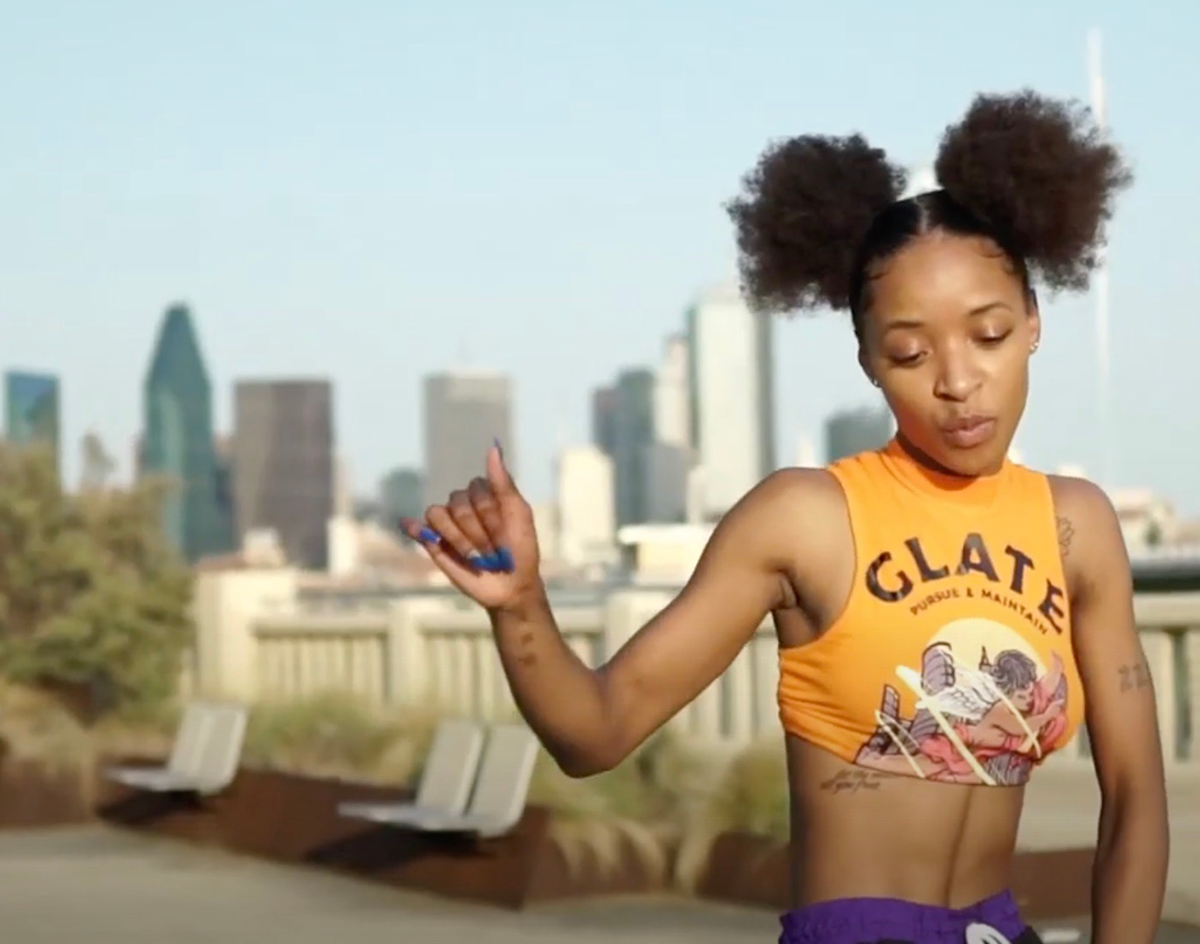 On Her Bright New Song, One Of Dallas’ Rising Young Rappers To Watch Serves Us A Flash Of Dallas AF Fun From Start To Finish.

Honie Gold – “D Town Boogie”
RIYL: Putting on for the city.
What Else You Should Know: Honie Gold should be on your radar of up-and-coming, underground rappers to watch for in Dallas.

Back in February, we told you she was going to “explode” after the release of her bass beater single titled “Playboy”, and that momentum hasn’t let up.

The 20-year-old self-proclaimed queen of Dallas’ new track samples DJ Kool’s widely recognizable 1996 hit “Let Me Clear My Throat”, which itself a remix of songs by Kool & Gang, Marva Whitney and The 45 King. There’s layers to this hit. Honie’s flow on “D Town Boogie” filters the iconic beat into a more modernized revival, though.

Her bars are delivered with the bombast of a bubblegum burst as she spits, “Run the clock up overtime so I can get some rest/I would never overthink it/That’s an easy check/Now all my D-town lovers show some big respect.” She’s not talking empty and it’s made clear by her youthful spirit never feeling forced — she’s not overdoing it for something she thinks we want to hear. In fact, she seems to have found a way to rep Dallas hard while leaning into the natural fun of the song. It takes no further listening than her opening declaration of “I’m from the D-town bitch, where we got that, got that” to make it clear.

The video for “D Town Boogie” was shot by King Spencer and finds the artist vibing at the foot of a red backdrop on the Ronald Kirk Pedestrian Bridge in West Dallas. As Honie and friends are joined by passerby for brief dance breaks, shots of the adjacent Margaret Hunt Hill Bridge and Downtown Dallas skyline can be seen in the background.

Not only is “D Town Boogie” instantly catchy, it’s about as Dallas AF as it gets.