Song Of The Day: About You — “This Moment” 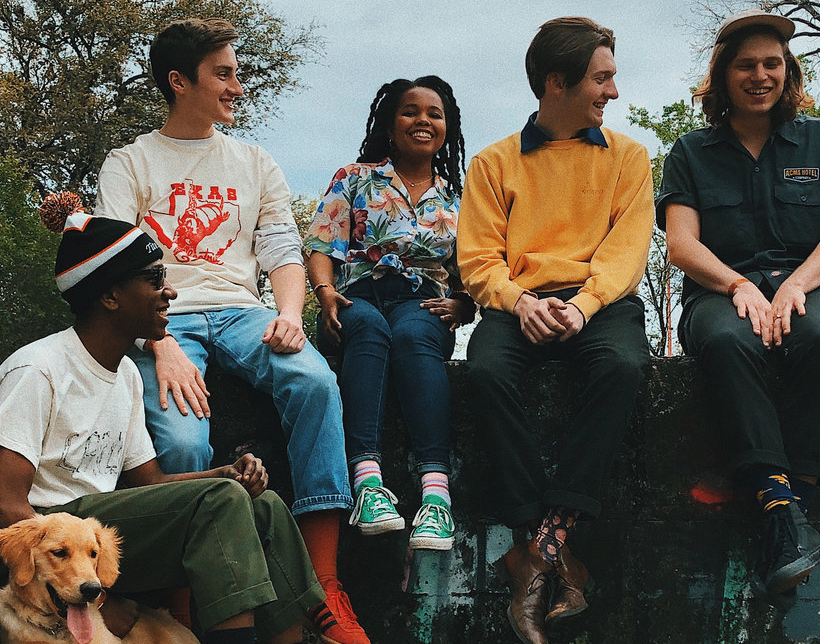 After Releasing An Album Just A Little Over A Month Ago, About You Already Has Its Sights Set On More Than Just More New Music.

About You — “This Moment”
RIYL: Calling us in the morning even though you didn’t take two.
What Else You Should Know: If you’re a regular reader of Central Track, you’ve probably seen us praise About You before. The band has a sound that is applicable to the easy sounds of Father John Misty, Fleet Foxes and Josh Rouse, and you can definitely hear it on “This Moment,” another addition to their pantheon of tunes.

We don’t have to wait too long for even more songs, either, as they have another new album ready to go for early 2020. Music is not the only thing that About You has in the works, though. Made up of Max Poscente, Madison Russell, Jasper Williamson, Pete Jonas and Bradley Barteau, About You is more than a band interested in playing a few local shows for friends and family.

We caught up with Poscente to find out what the band’s next move looks like.

You have a TV show, a podcast, and a photo essay paired with your music. How did this come to together? What all is involved?
About You is the brand in which I design from. Whether the design is music, a TV show, a podcast, photo gallery tour or our own About You app — it all exists under the About You umbrella. “About You – America” is a series dedicated to understanding American culture through music and food. Acclaimed videographer, Hal Samples and I are traveling to 30 different cities in the United States, writing songs for people on the spot, [while] also grabbing great food along the way. We will co-write a few of these songs with a local band/musician/artist and feature them on our podcast, along with our sponsors. So we give everyone involved a chance to be About You, even if it’s just for one day.

It came together with an ambitious vision I have of uniting people who are on different teams, political parties, scenes, neighborhoods, cities and countries. Bringing people closer to themselves. And for me, that means being closer to God — different for everyone though. So it starts with “About You – America” and then goes on to other countries, [like] Canada, Indonesia, Israel… for the grand scheme to be a cultural documentation of this world and how coexistence occurs.

Pairing all of that with a new album due out in April, how do you guys find the time to do all this music?
Every opportunity we have is dedicated to recording, performing and executing other creative ideas. All of our recording is done at Modern Electric Sound Recorders because we love the people and the space. Our first album, All There Is, was recorded all over the country, but mostly there. We’re in the midst of getting our second album done, while promoting/touring the first.

What has the band done to get its name out there beyond friends and family? It’s hard to get through to people when you’re a new band, so how have you found your audience?
We’ve found it best to perform as much as possible, which we’ve done all over the U.S., and to stay active on socials. This multi-media faceted use of About You will be our platform for the world stage though, and is how we will really get our name out there.

What keeps a band like About You together?
Holding the members to a standard that they feel is the best version of themselves, helping one another strive to be this and calling each other out when they’re slacking. Spending time together is just as important to practice. Pushing creative boundaries together. Also sending it together.