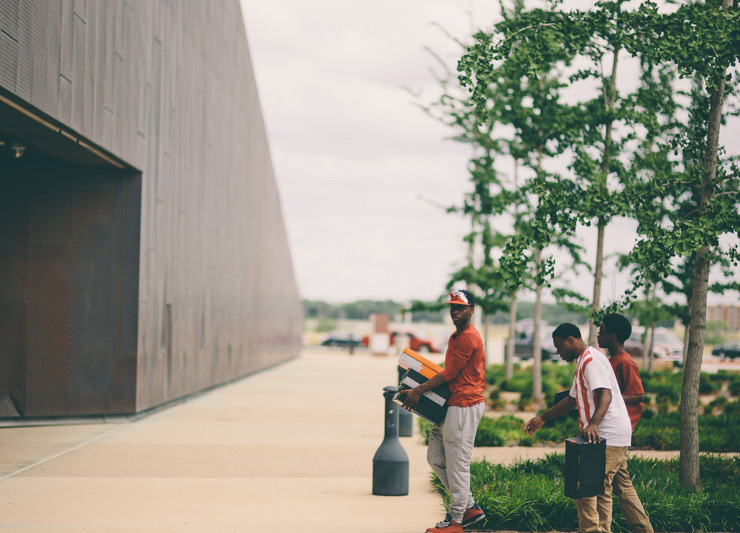 The scene inside of the Irving Convention Center on Saturday played out like modern-day The Things They Carried.

Dozens of people out of the hundreds in attendance at the Kixpo Sneakers & Streetwear Convention carried boxes with their favorite shoes stacked on display on top of them. And they just sort of walked around the floor like that. For hours.

Yes, these were the unsung heroes of this go of the annual sneak convention — the ones who didn't have enough of a collection to have their own booth, but who still wanted their kicks to be seen all the same. And whenever one of these poor, tired souls dropped a shoe, everyone around them would take in a collective gasp of air.

Because at Kixpo, sneakers are a serious thing. And, in addition to the sneaker foot soldiers, there were plenty of other collections more traditionally showcased in booth settings. In turn, thousands upon thousands of sneakers could be seen in every direction. Some were for some for sale — the highest with price tags hovering around the $1,500 mark — and others were simply entombed in plastic with “DO NOT TOUCH” sticky notes slapped on them.

There were the side hustles, of course — the booth featuring a barber giving haircuts next to a pyramid of red-and-gold Iron Man-themed shoes stands out as memorable. And there were copious Chicago Bulls-related items, too, some of which was more curious than cool. I mean, really: When you're using a blue-and-black color scheme, can it really be seen as Jordan-era Bulls memorabilia? Tough to say.

But one thing was clear: Jordans remain a dominant force in the sneaker game. Every make, every color scheme, every limited edition, plastic-wrapped, obnoxiously white Jordan you could imagine was on display. Yes, even the special edition spinoff — the Air Gordons — modeled after Jeff Gordon's NASCAR decals.

There were some Adidas, too. But, aside from some custom-made designs, hand-painted decals and custom shirts galore, it was painfully apparent who has the lock on the collectible sneaker market.

And it was abundantly clear that, this market is still thriving. Kixpo packed out the convention center out with collectors from all over — from the conglomerate of collectors who came to sell a couple hundred shoes to the tired minority carrying boxes stacked to their chin just so that they too could show their modest collections.

Still: Game recognizes game. And there was tons of it on Saturday. 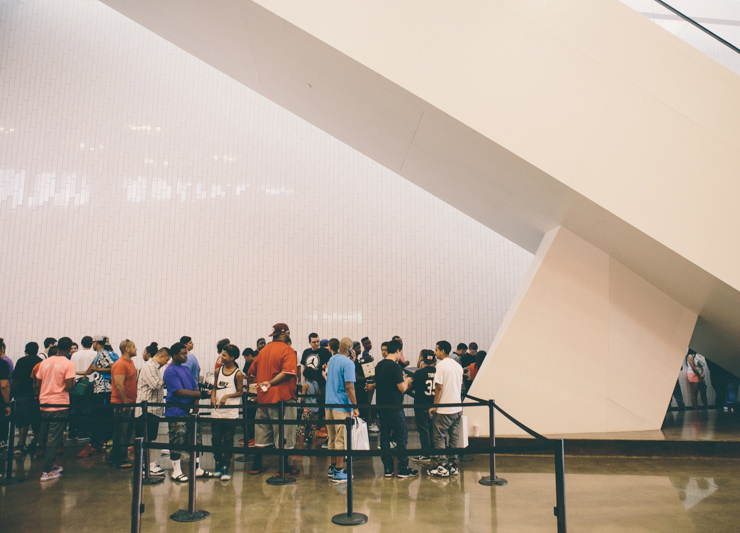 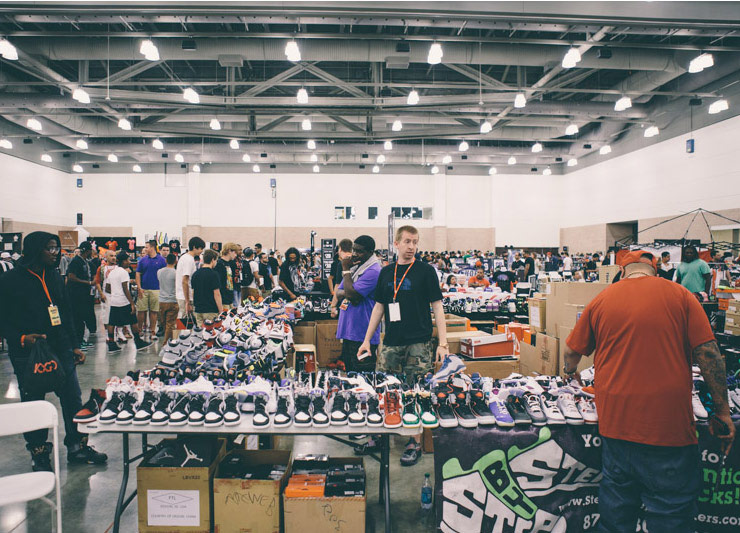 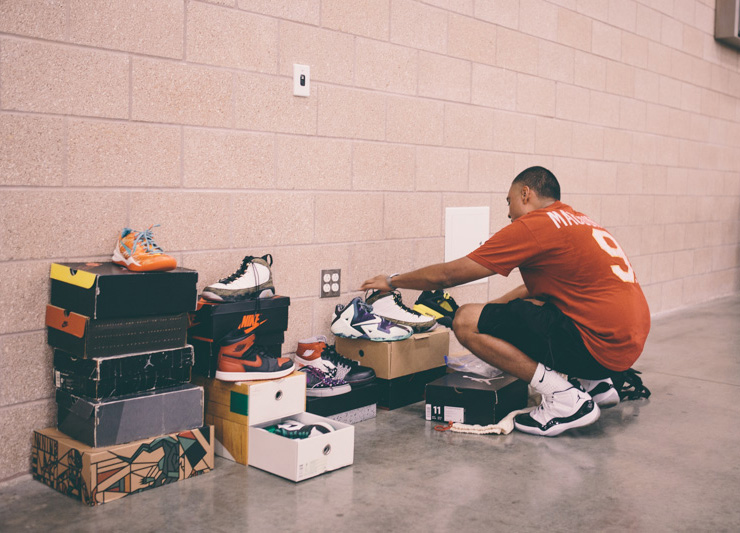 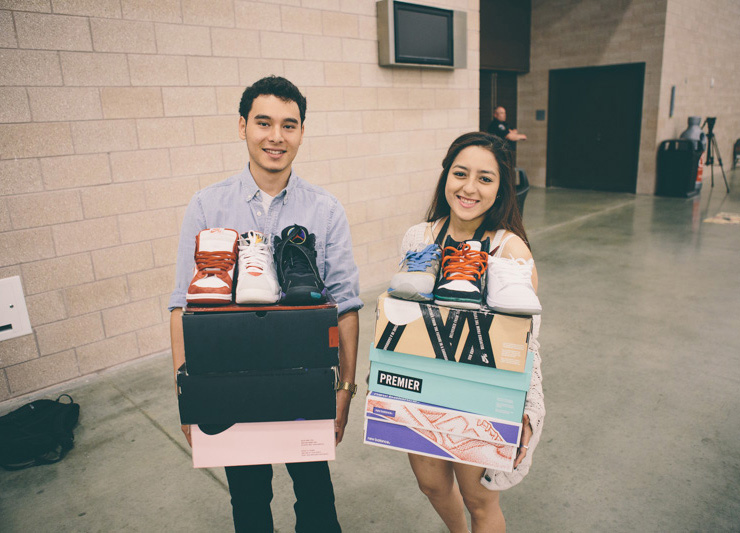 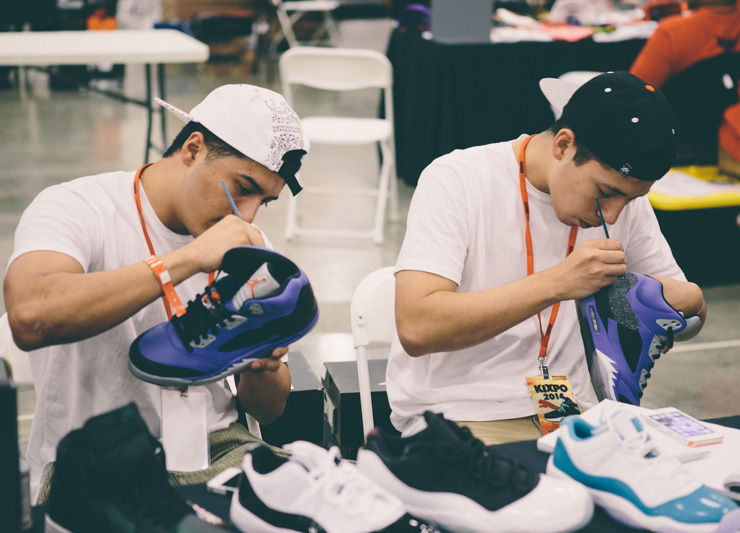 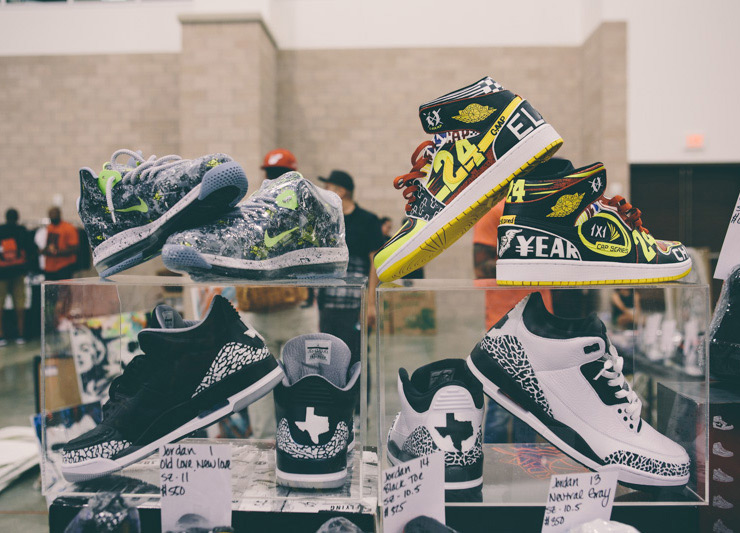 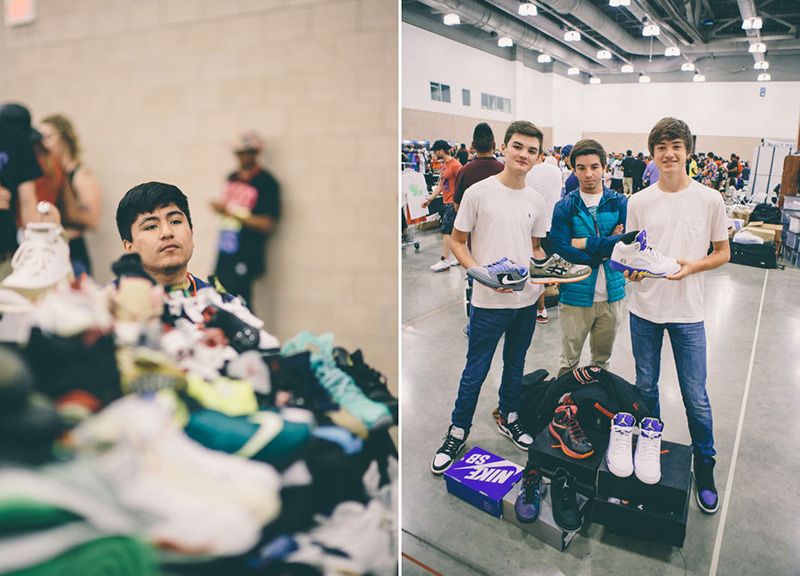 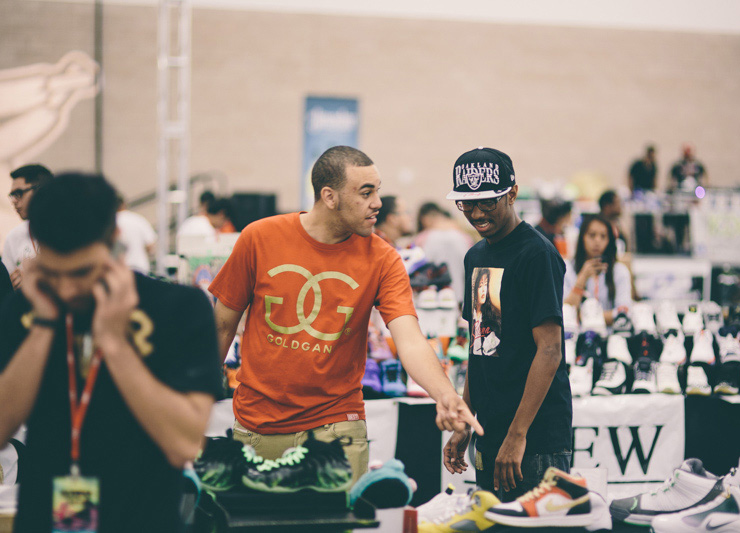 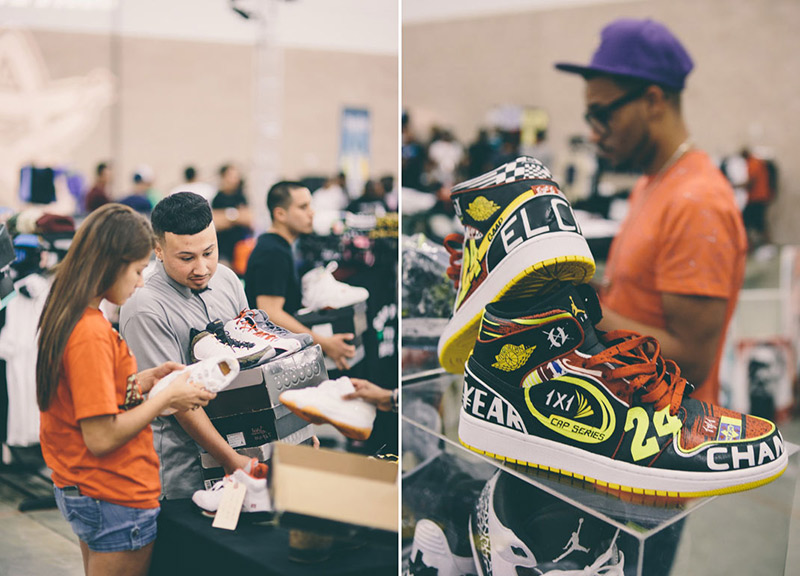 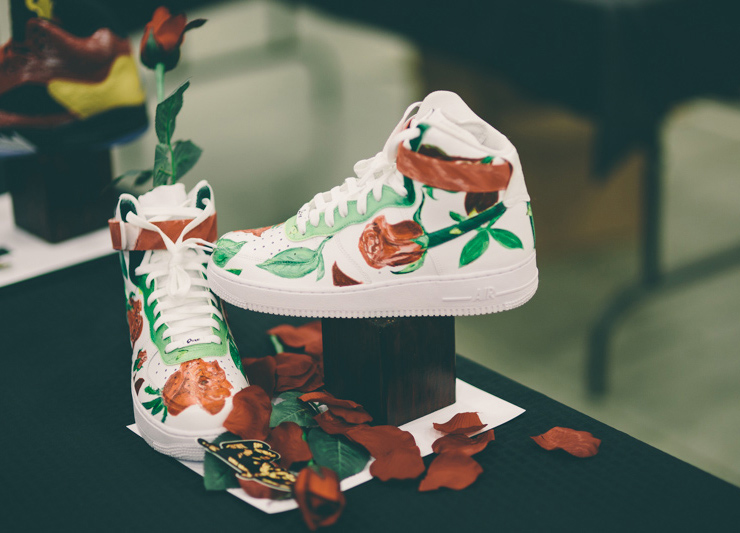 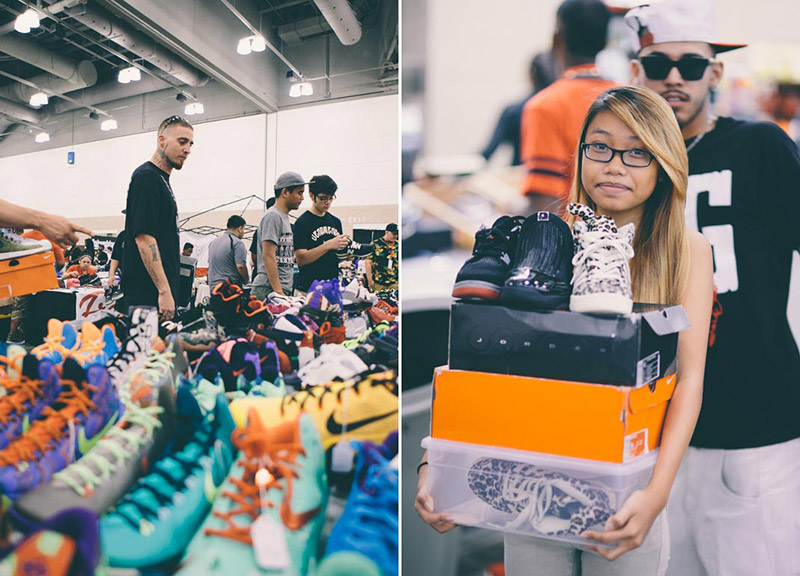 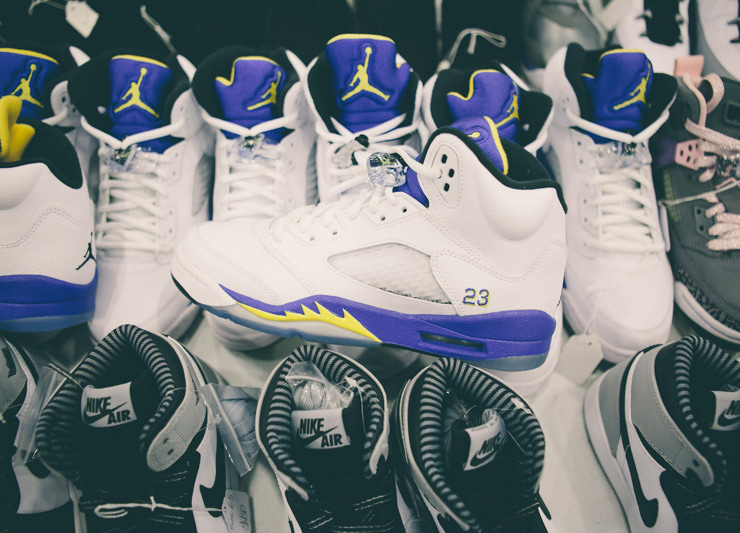 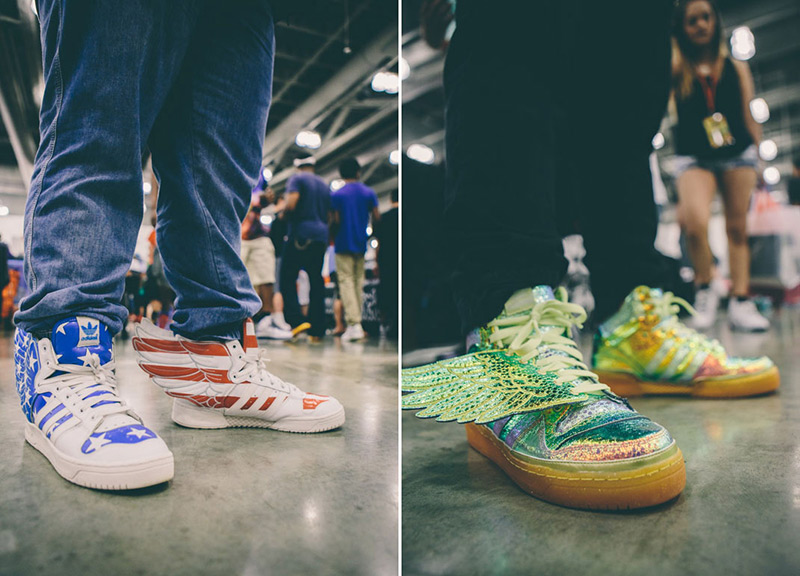 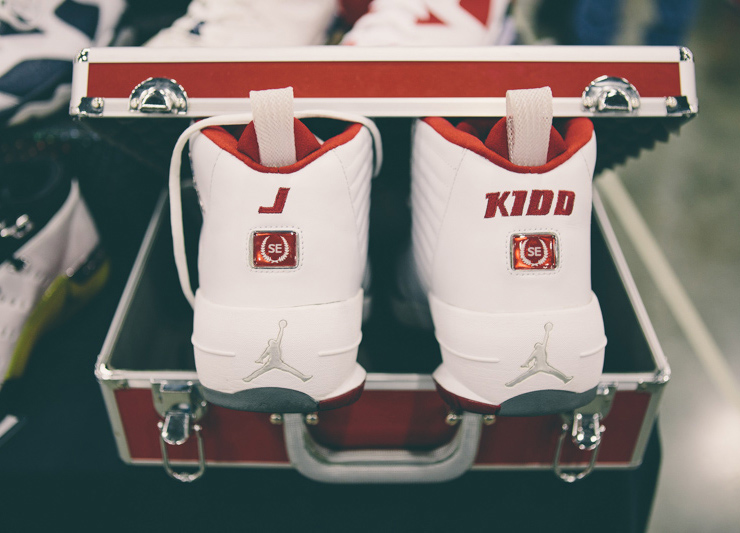 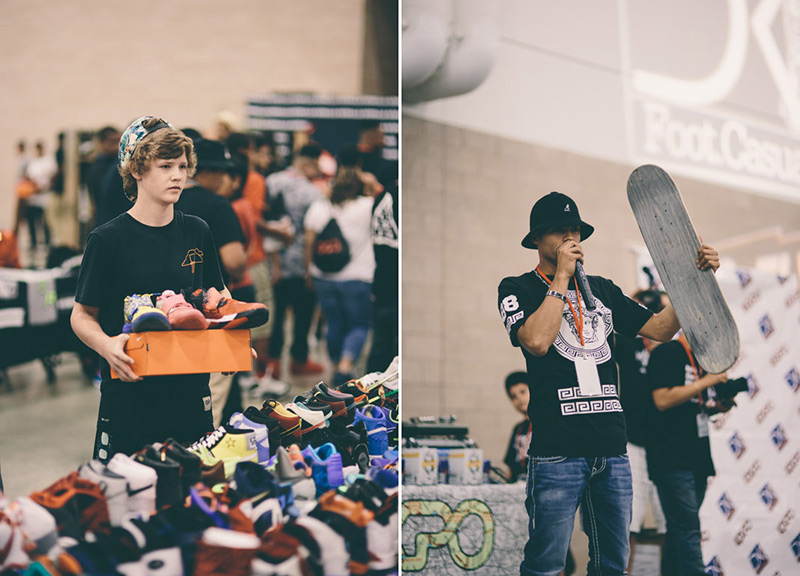 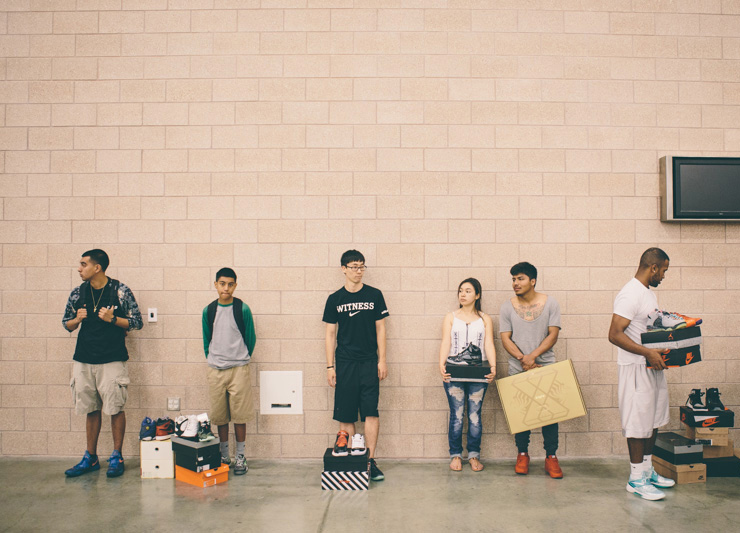 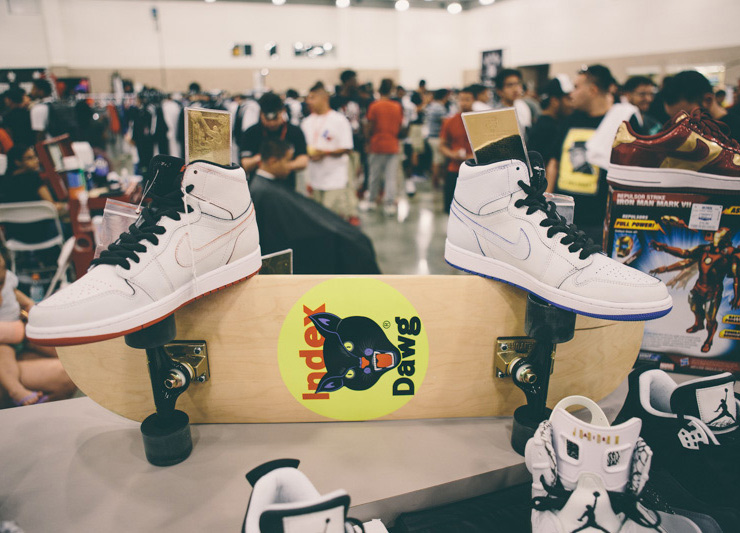 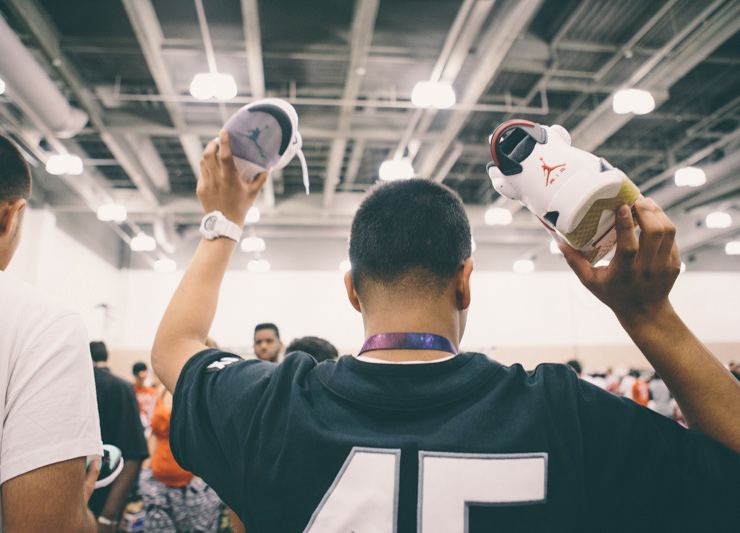