Restaurant openings don't always go as planned. That's why there are soft openings, where a new place can take its first shot at serving interested patrons and work out the kinks, better preparing its staff for future service in the process.

And, over in Deep Ellum today, the fine folks at Glazed Donut Works did their soft opening thing — and on their own terms, too. Just this morning, via their Facebook, the team behind the new doughnut shop announced that their soft opening would start at noon and go until the last doughnut got served.

The opening went smoothly, too. Real smoothly. About as smoothly as the sweet honey glaze that the staff drizzles onto their decadent Elvis Killer Donut.

Rewind a few years ago: While now-business partners Darren Cameron and Bill Handshy, were traveling the North East, a common trend began catching their attention. Gourmet and artisan doughnut shops were everywhere. Well, everywhere except Dallas.

So that's what prompted the duo to start stepping in to the Dallas pastry limelight, as they'll formally do this weekend with a gran opening slated for tomorrow.

While neither of the owners have any formal culinary training, Cameron credits his mother with showing him the ropes and spilling a few secrets of the trade. The business partners have done their research, too, and they've spent the past few years experimenting with daring recipes. They even found inspiration from friends and family, and eventually developed a menu featuring some special blends that really stand out from the regular doughnut fare, plus a few vegan options to boot. Better yet: They hand-make each and every doughnut the very same morning that their fare is to be sold — and all of it comes sans preservatives, meaning that the doughnuts in the shop are about as fresh a product as you're likely to find.

“I've been up and running since 2 a.m.,” Handshy told a customer a little after noon as he placed a batch of baked goods into a box.

He looked tired, sure. But you could also see something else in his demeanor: He was excited. And that excitement was fueling his every move.

Located right in the heart of Deep Ellum (2644 Elm Street) and just steps away from some of Dallas' famous music venues and numerous watering holes, Glazed looks like it's set to benefit from a lack of similar dining options available in the neighborhood. And, already, the shop is showing a solid familiarity with its neighbors' ways: On select nights, Glazed will stay open until 3 a.m. so boozed-up patrons can get themselves something to help sop up the alcohol in their stomachs.

“Late-night doughnut eaters are often glazed, baked or fried,” Cameron tells us of his decision to open his pastry shop in this part of town. “It just seemed appropriate, given the proximity of drinking establishments.”

In the test-run today, these doughnut pioneers offered a wide selection: With the purchase of a beverage, customers today were offered their choice of a free raspberry doughnut, chocolate doughnut, blueberry mascarpone (topped with fresh blueberries), Banana Foster Fritter, Blind Lemoncello (a nod to Deep Ellum legend Blind Lemon Jefferson) or the shops' coup de gras, The Elvis Killer, which features peanut butter glaze, bacon and banana, all topped with honey.

The soft opening did see a few hitches here and there — but those were mostly centered on the staffs' unfamiliarity with the computer system. No patrons waited more than a couple of minuets for their pastries, based off what we saw.

And it was plenty busy at the spot, too: Given that free doughnut promotion, lines began forming right at the shop's noon opening time, and, just two hours into the event, the shop started running out of some of its selections. In other words: it wasn't long before servers had to start digging into the shop's display case to satisfy the demands of the customers — more than a few of which left Glazed with a dozen or so pastries underarm.

Glazed Donut Works officially opens its doors to the public tomorrow, and the shop hopes to have its short pink school bus up and running to take their doughnut revolution to the streets in the coming weeks. 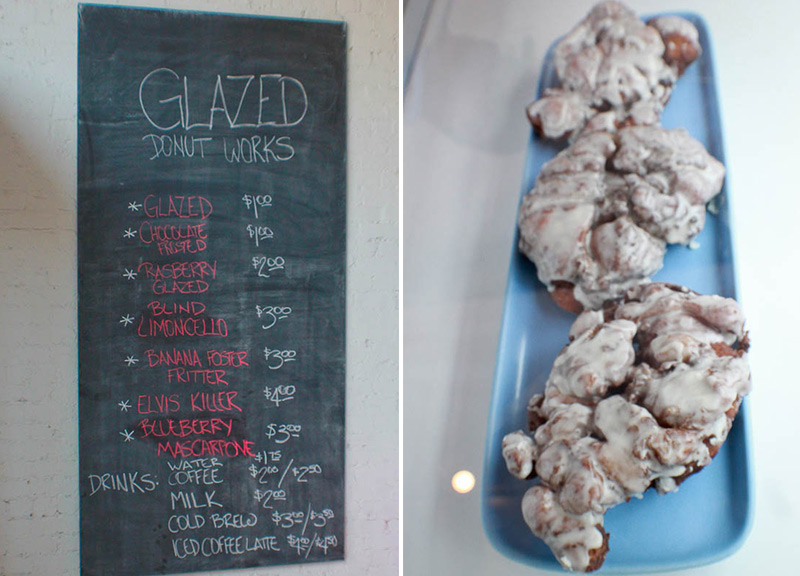 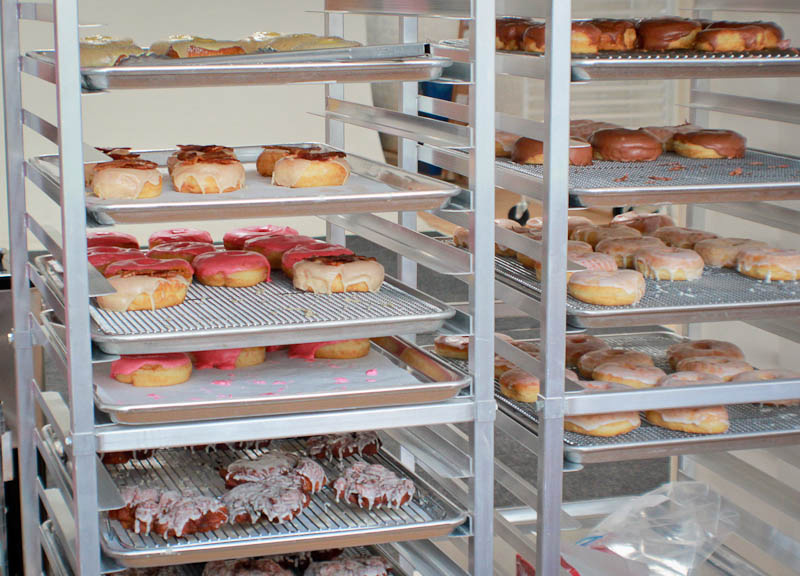 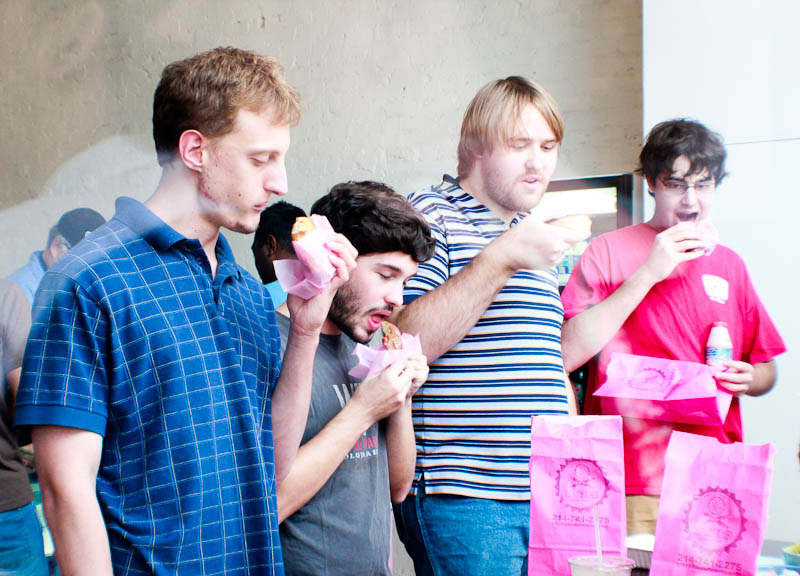 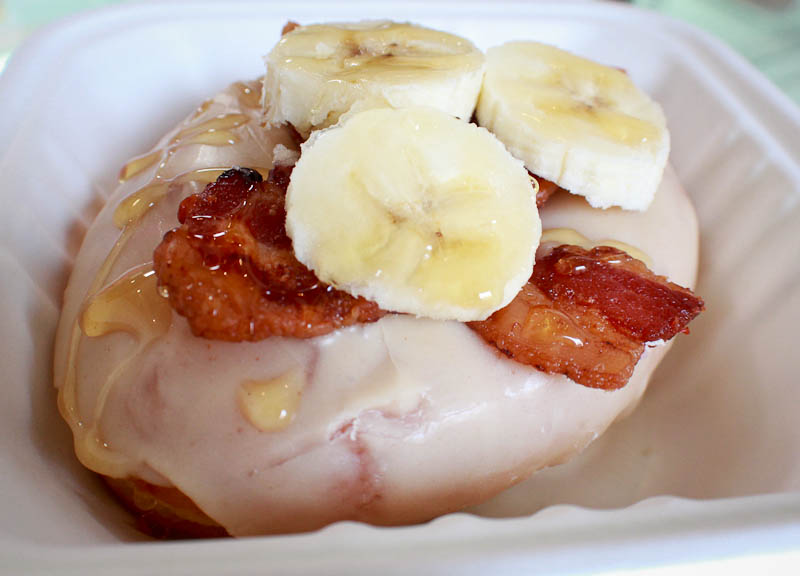 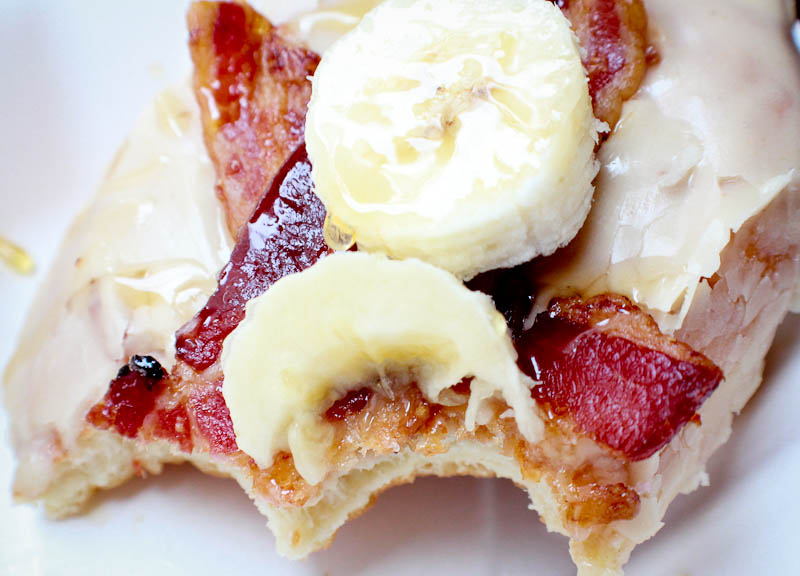 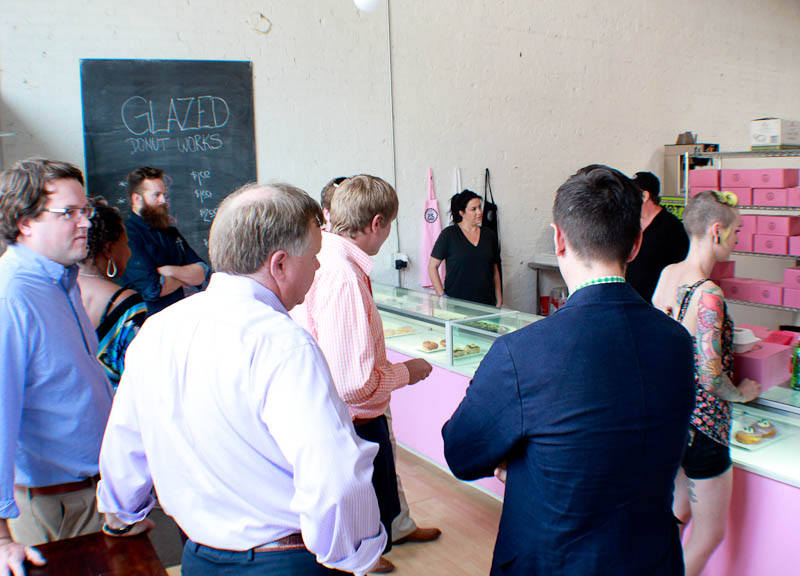 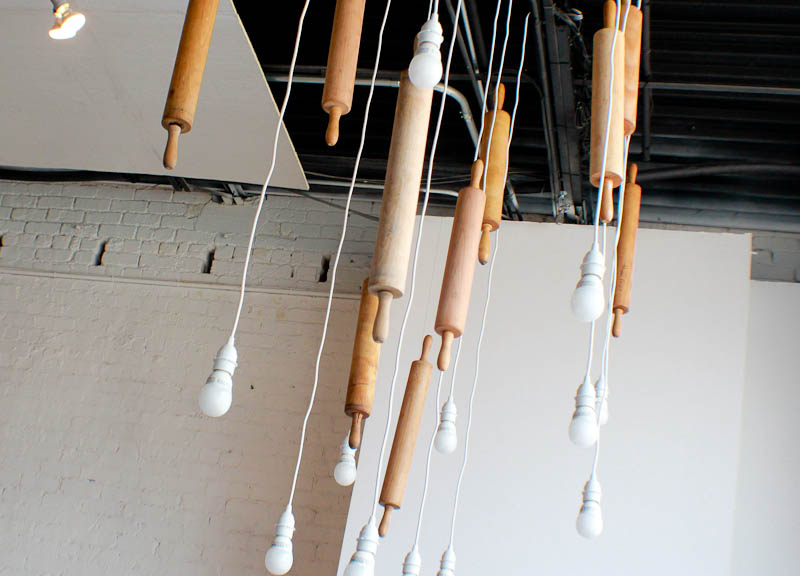 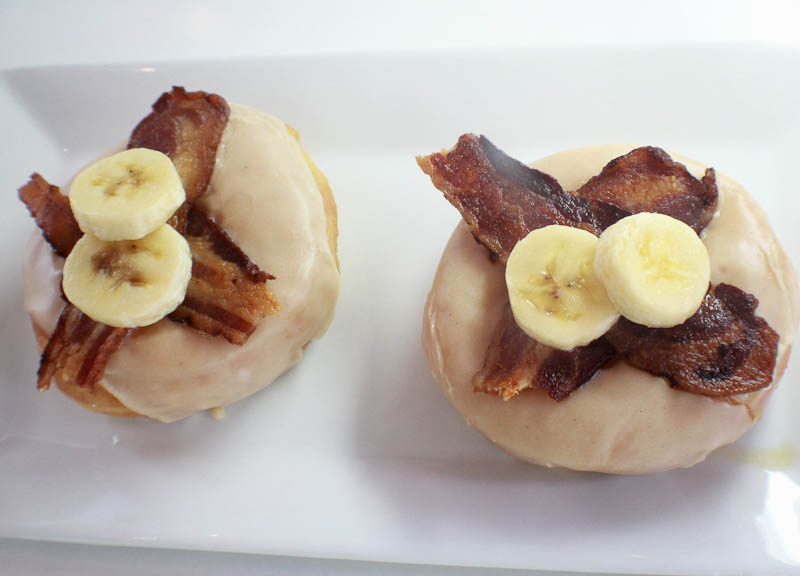 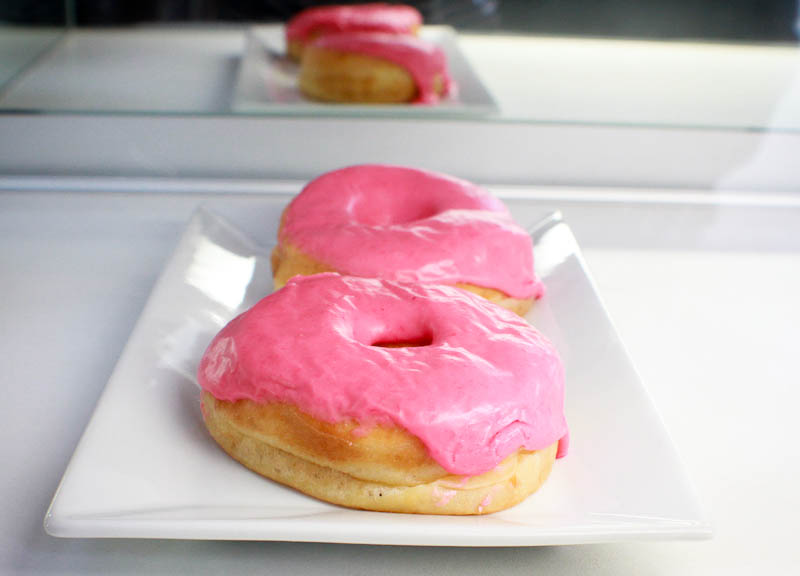 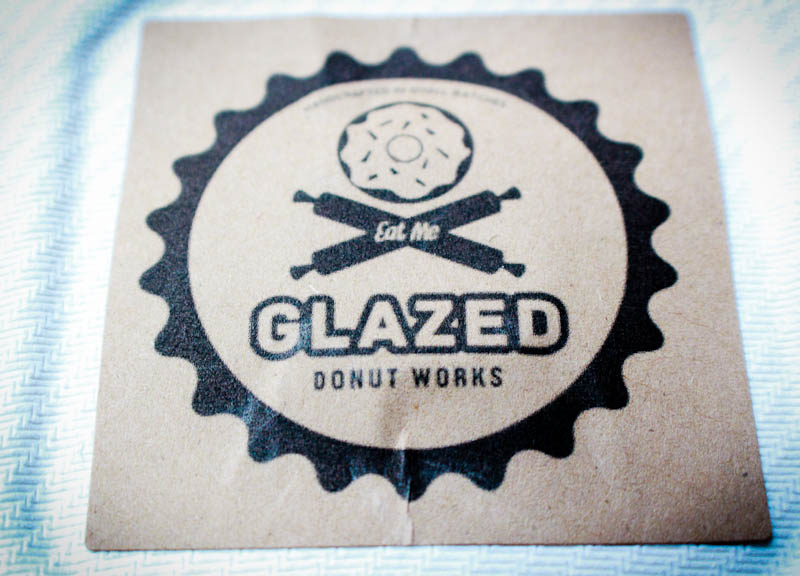