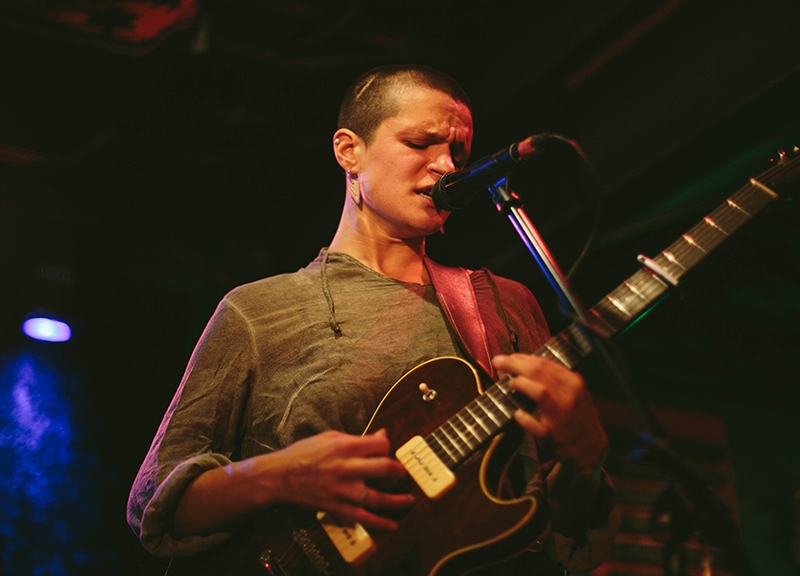 Handing Out Superlatives For The Biggest, Baddest Oaktopia Yet.

With four years now under its belt and plenty of sweat on its brow, Oaktopia continued its reign as Denton’s biggest and best music festival over the weekend.

This year, the fest really stretched its legs and pushed its limits, not only by bringing in its biggest roster of star power to date (Norah Jones, Dr. Dog, Lee Fields and Jakob Dylan to name a few), but by adding in a few alternate forms of entertainment — like a gaming tournament, fashion show, comedians and lots of food. There was even an alternate competing fest counterprogrammed by some of the bands that didn’t make it onto the official lineup and calling itself Broketopia. Those shows took place in houses around town, the addresses of which weren’t given out until the day of.

Unlike previous fests, this one took place down a blocked-off Oak and Locust, giving things a more crammed feel than usual. But they managed to pack so many good performers and fans into the three-day run — handful of which we’ve opted to award superlatives to — that things seemed to work out for the best.

Best Throwback.
In the mist of the blistering heat, Lee Fields & The Expressions really cooled our soul as they gathered a crowd over to dance and remind everyone of what good soul music sounded like back in the day.

Most School Spirit.
How can we not talk about Norah Jones coming back onto the grounds of her former college town and packing the UNT Stage like sardines? It was stuffed to the gills for her performance on the main stage, and every one of those sardines packed in to catch her set delightedly sang along when she busted out “Don’t Know Why.”

Biggest Crowd Pleaser.
Is there a bigger current band in Denton than Pearl Earl? Word of these gals’ legend is spreading like wildfire, meaning they had little trouble hitting capacity for their Friday set at Andy’s. It was a one-in, one-out situation while a line of eager fans waited up to 15 minutes to catch a glimpse. The lucky ones inside caught cool moments, like when the band brought up fill-in guitarist, Cari Elizondo from Sunbuzzed, to play along to their most popular song, “Karaoke Superstar.”

Most Handsome.
After catching a good handful of Beirut’s set, it’s safe to say these guys are most likely to steal your heart. Out in the crowd, girls fawned over these hunks, and got a bit heartbroken when they said this was their last show for 2016. That didn’t stop them from playing a really good set of world music-leaning indie rock.

Most Daring.
Can Best Coast play in Denton without bringing the rain? Geez. But thanks to the band for still rocking out even after a thunderstorm, and a crap load of rain, poured over the stage. It got to the point where the crowd was asked to step 100 feet from the stage, and the rest to hide away. Just like that memorable 35 Denton set from yesteryear, Dentonites proved themselves willing to brave the storm to watch them some Best Coast.