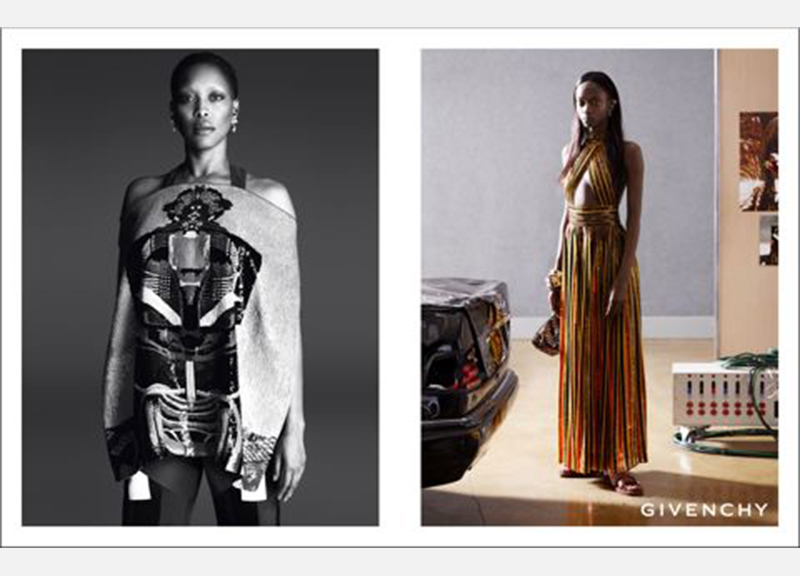 Erykah Badu Is The New Face of Givenchy.

As high fashion goes, Dallas is having itself one hell of a week.

For one thing, there was Tuesday night, which, as you've no doubt heard by now, saw Karl Lagerfeld and Chanel bringing the international fashion world to Fair Park for the unveiling of that house's newest offerings.

But then there was this big reveal: On Wednesday, Givenchy womenswear creative director Riccardo Tisci formally named Dallas neo-soul royal Erykah Badu as the face of his French fashion house's new 2014 collection.

“Erykah, she's an icon — come on!” Tisci told Syle.com of his call to tap Badu for the role.

“She's one of the most stylish women I've met in my life,” he continued. “She's got such a good sense of proportion, of colors.”

Said Tisci of that call: “It's 2013. Everybody's being so cool about Instagram, about Facebook, any media — everybody's being so open. At the end of the day, why are not so many black girls or Latin girls in shows? When you have an American president who is black! When I see this happening, itâ€™s quite sad, I think. People can be so avant-garde, so advanced, but actually not, because people are still making differences between skin color.”