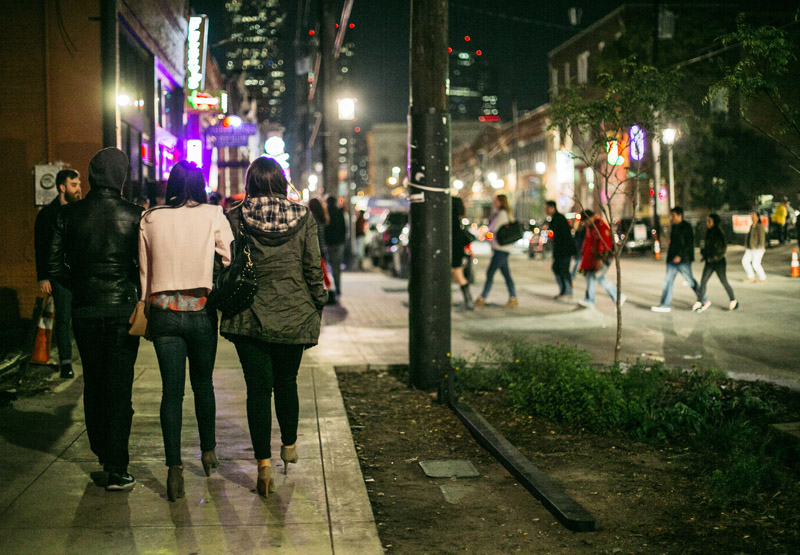 1:32 a.m. on a Sunday at Glazed Donut Works in Deep Ellum. Though it's typically pretty busy on any given weekend night these days, Deep Ellum is especially bustling on this particular evening.

The diversity of the people is what stands out most. It's mix of punk rock showgoers, hip-hop heads and other music enthusiasts, as well as that odd mix of newcomers that have only really rediscovered the neighborhood in the past year or so.

These people come from all different parts of the city to revel in some drinking, some dancing, some more drinking, some local music support and, yes, some more drinking. But, by the end of the night, they all come together as one. As closing time approaches and subsequently passes, they line up outside the glass windows of Glazed Donut Works, looking for a stomach-settling sugar boost.

This is a pretty typical crowd, the cashier tells me calmly, not fazed by the length of the line already outside the shop. The lines are always steady here, from the time Glazed opens and right up until the last stragglers has gotten their treats.

Several people in the line talk excitedly about how this will be their first time to try Glazed. Many of them have come from Ellum's newer spots — like working up an appetite after a night of salsa dancing at nearby Salsera, for instance.

Even as the line starts to shorten, the crowd outside of the shop doesn't, as customers congregate on the nearby pink benches, reach into their signature pink bags and bite into their late-night impulse buys.

Donuts just might be the one thing everyone in Deep Ellum can agree upon. There's something sweet about that, I think. 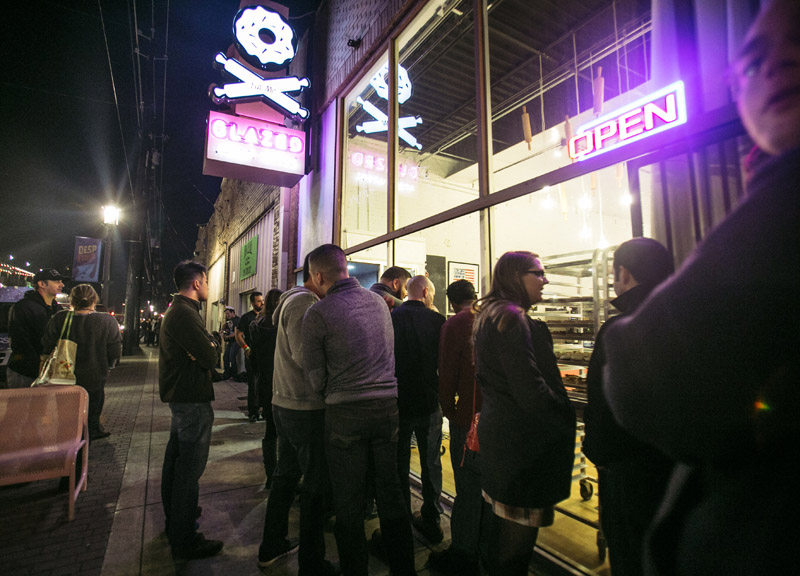 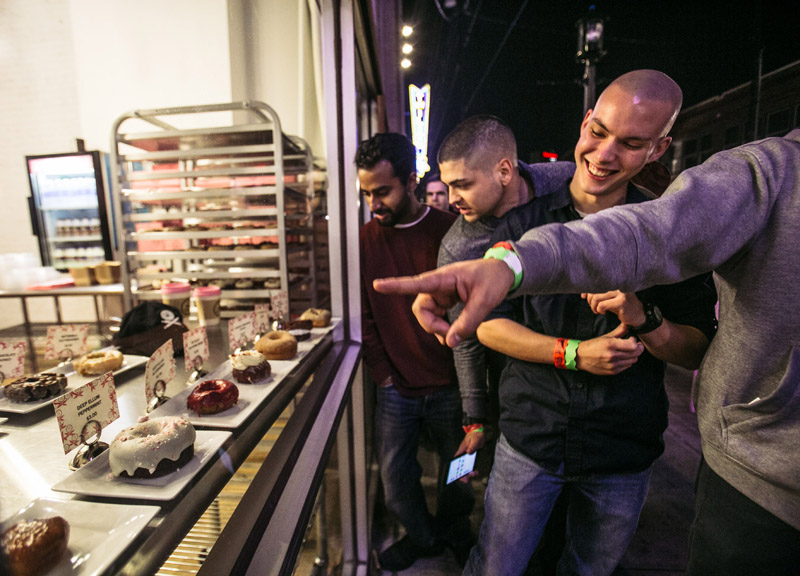 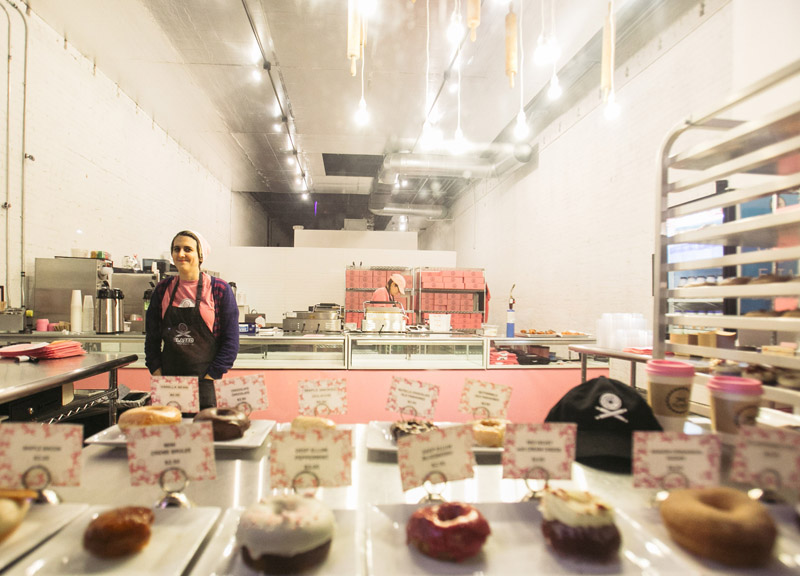 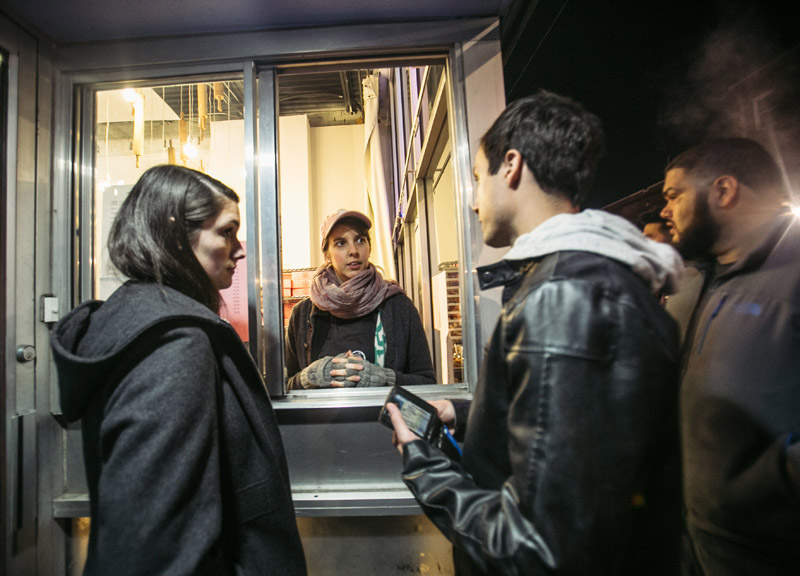 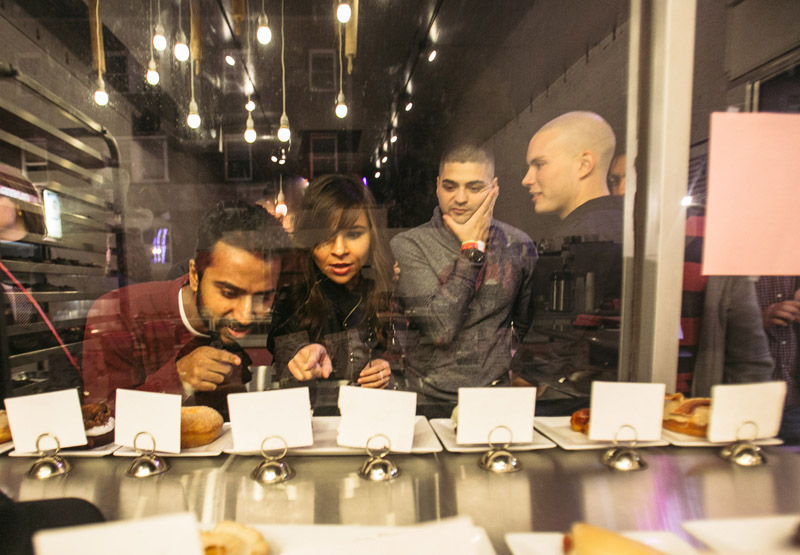 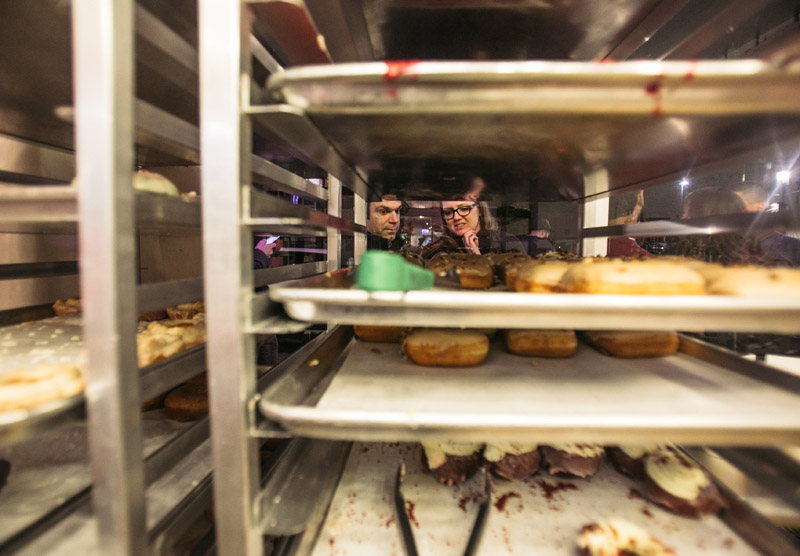 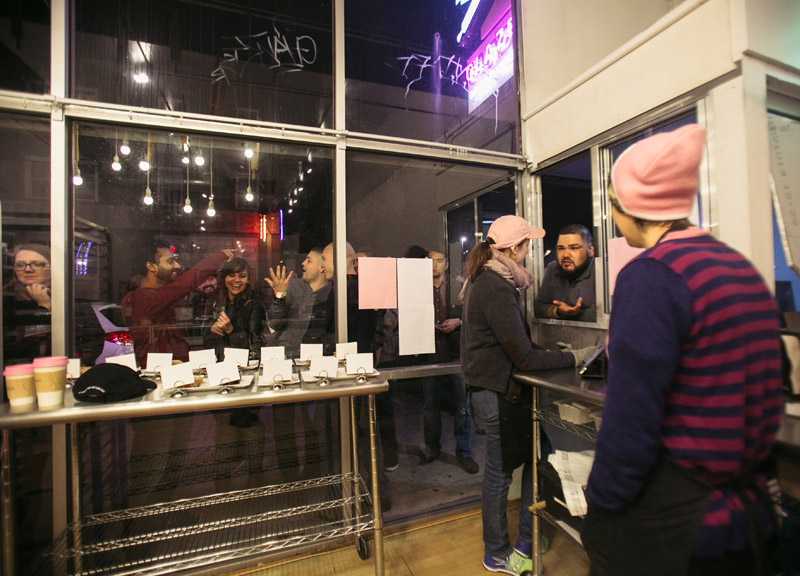 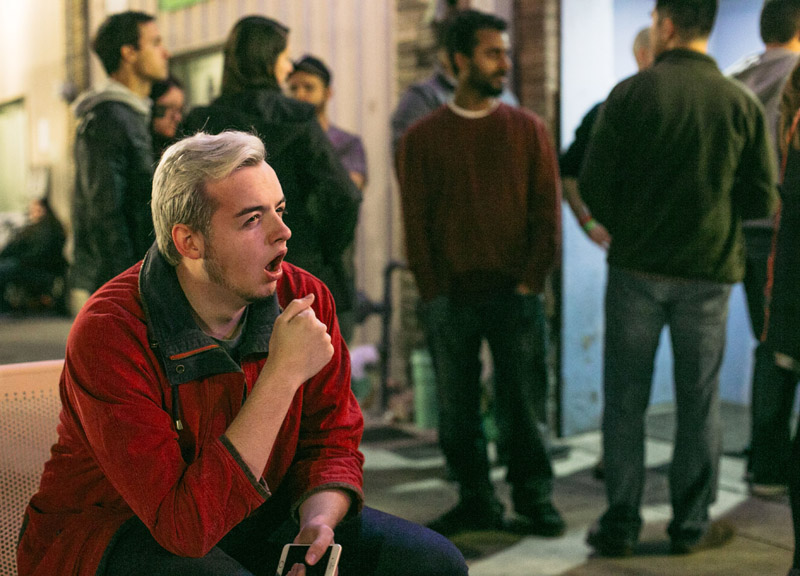 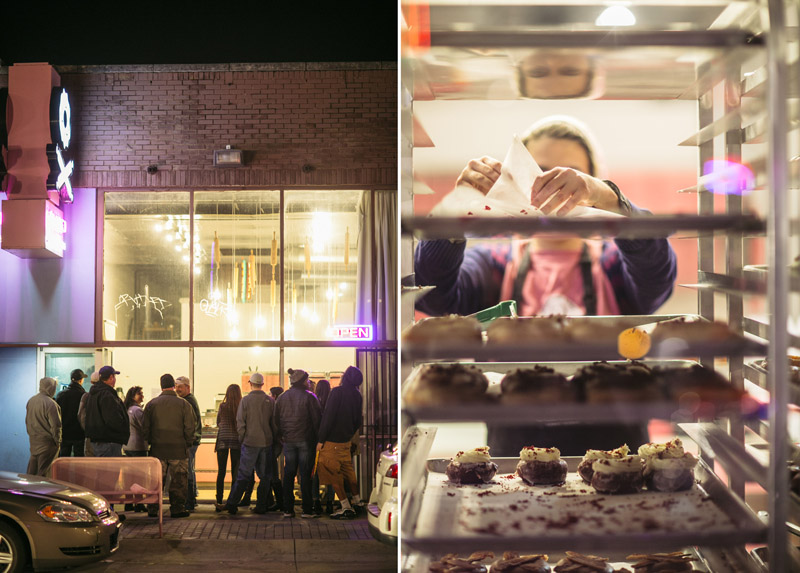 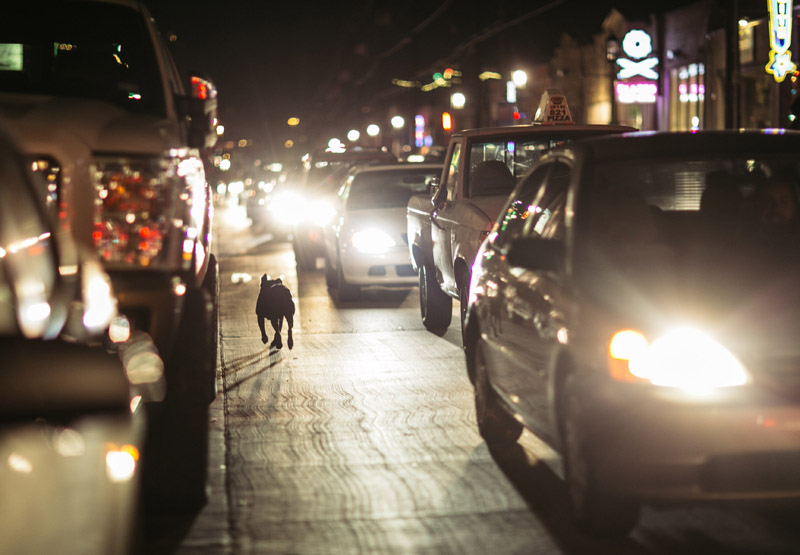 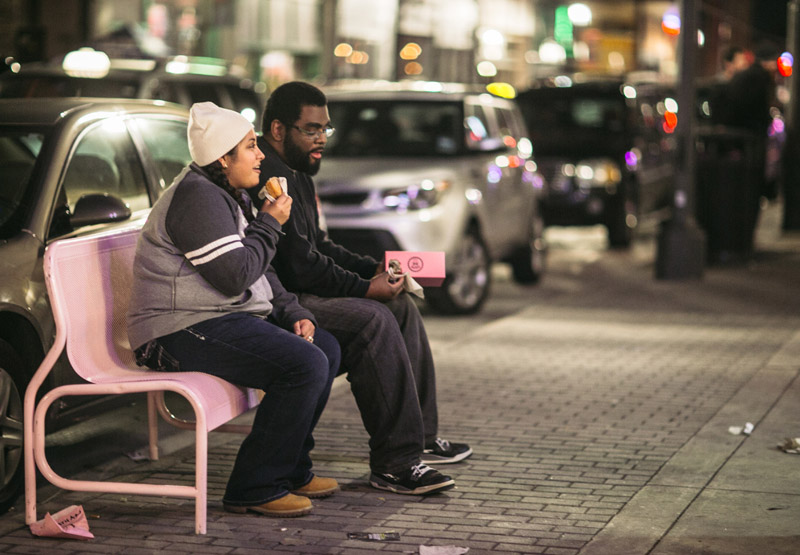 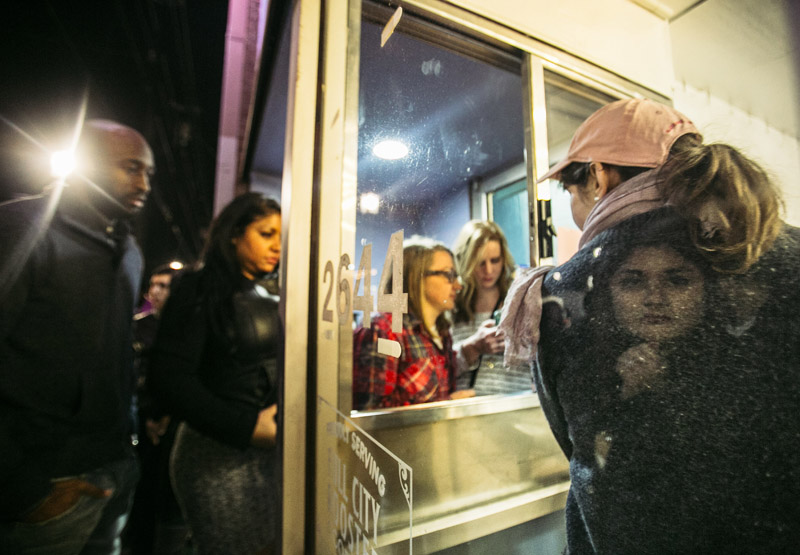 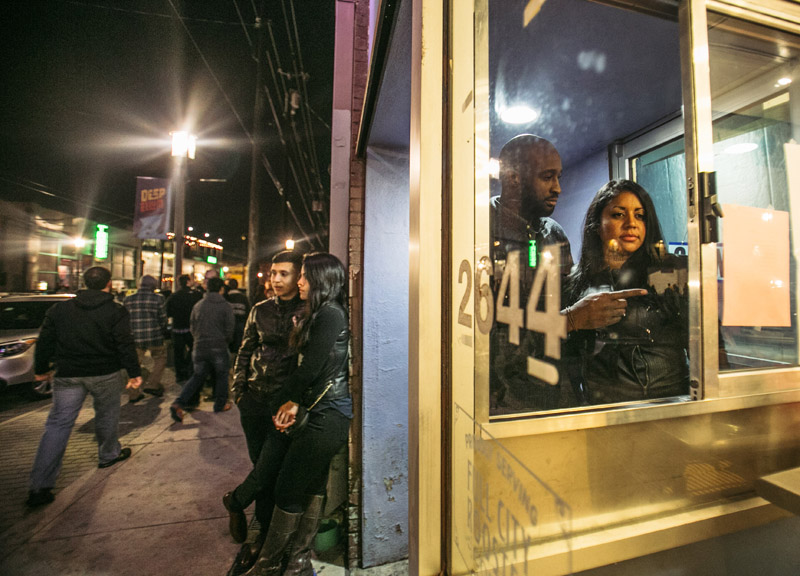 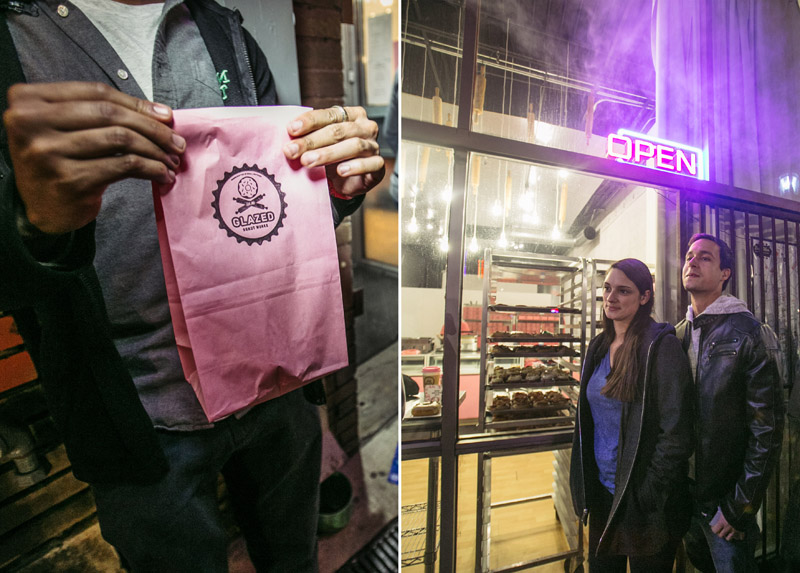 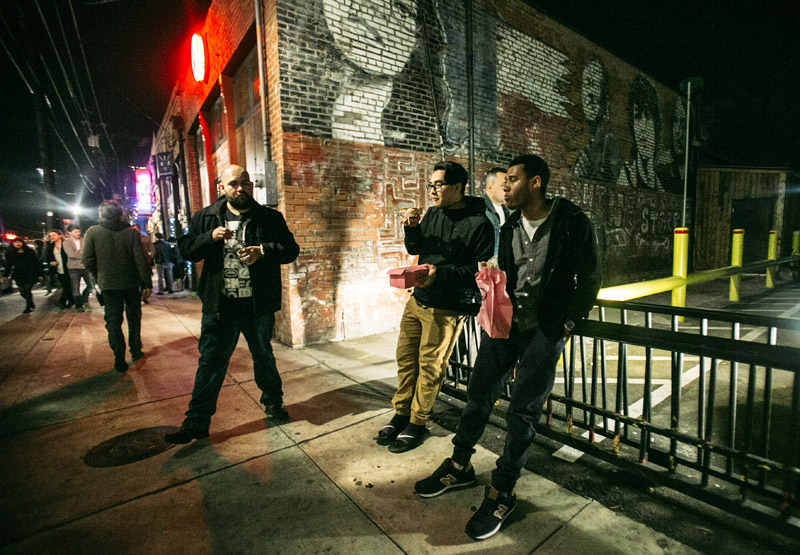 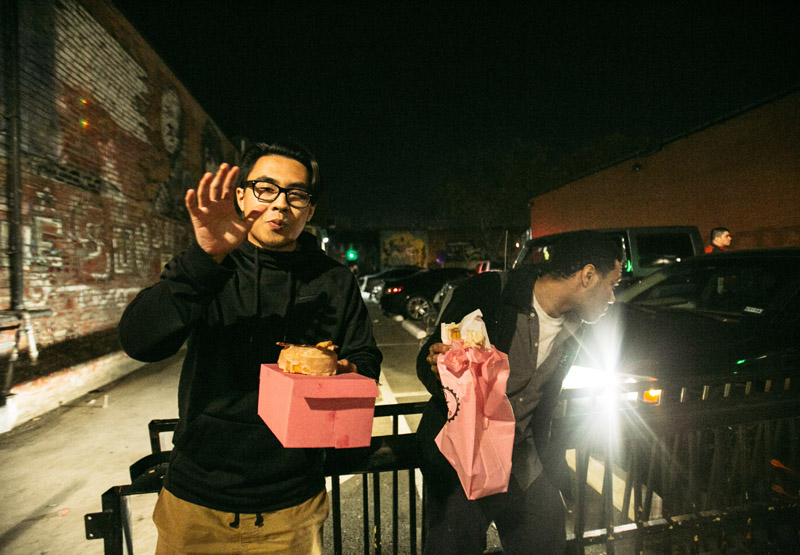