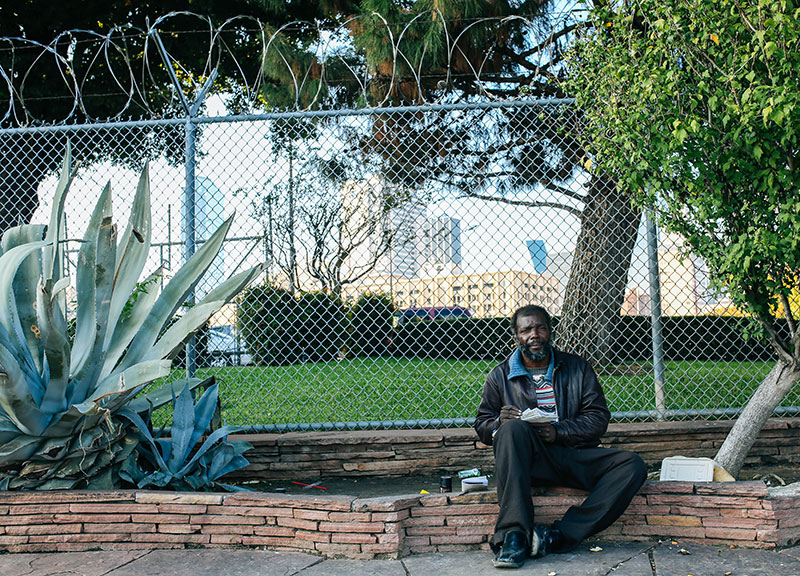 5:23 p.m. on a Tuesday at The Bridge. 47-year-old Anthony sits quietly on a curb near the intersection of Park Avenue and Corsicana Street in Downtown Dallas. People walk all around him. The Bridge Homeless Recovery Center is at the center of all this activity.

It’s a peaceful scene — not unlike what you might find a few blocks over at Klyde Warren Park, where other Dallasites sit in solitude, playing crossword puzzles amidst a swirl of lively action.

In his younger years, Anthony was a dirt bike racer. Injuries suffered in those efforts eventually triggered the unfortunate events that have kept him homeless for the last 16 years. That first year without a regular roof over his head to depend upon, he lived in California. Somehow, he then found his way here.

Today’s a nice day, just around 70 degrees out. But Anthony is quick to notice the chill hiding beneath it. November is here, and winter is just around the corner. For most people, this means a season of feasts and family reunions.

Anthony’s here today to indulge in a feast, too. Same goes for those around him, who carry in their hands and pockets folded-up fliers advertising free food and entertainment. The event itself is happening at Fair Park, but buses will transport those who need it back and forth from here to there.

Anthony whips out his flier and checks the time.

And so he keeps waiting.

When the bus finally nears, a pair of loving 22-year-olds named Cederran and Destiny sidle up alongside Anthony. They’ve been homeless for about four months now, but say they’re still going strong. In between public displays of affection between them, the two tend to phone calls about job searches. Cederran’s more realistic than embarrassed by his situation — one he says started with a flat tire he couldn’t afford to fix. Things then spiraled from there.

The bus trip to Fair Park is fairly bland. But arrival at the feast elicits an abundance of smiles. This event is bigger than anyone thought. There’s free flu shots and even free haircuts. The food is warm and abundant — more than enough for seconds, thirds or, in Anthony’s case, some to pack in his suitcase and take with him to eat later.

It’s a heart-warming scene to witness — just as is the ride home. Back on the bus, Cederran, Destiny and Anthony are all happy to have their stomachs full. They’re happiest, though, that the people who worked the event cared enough to offer help.

They’re thankful for that, of course. But they also discuss how they still wish more people understood their situation and the fact that there are indeed homeless people out there who aren’t on drugs, who don’t beg for money and who just truly, genuinely need a hand.

But, as this so-named “Feast of Sharing” attempted to kickstart, maybe the same can be true of the opposite fate, too. 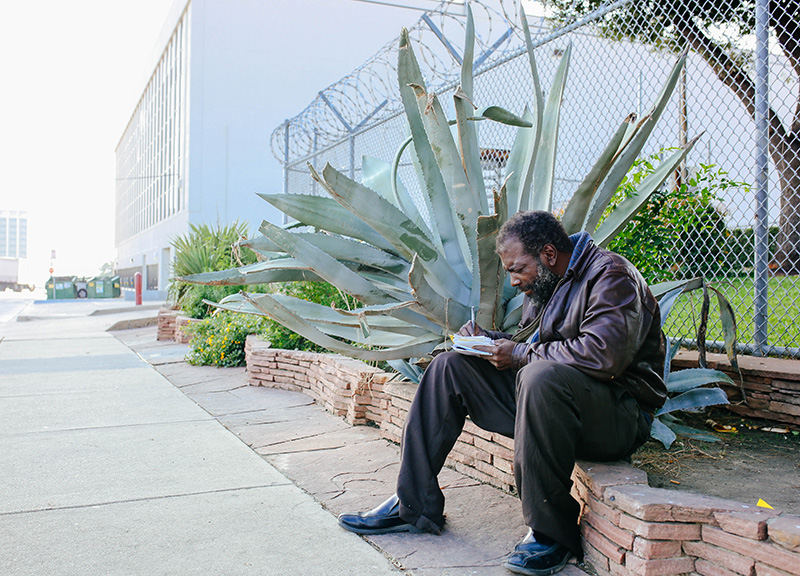 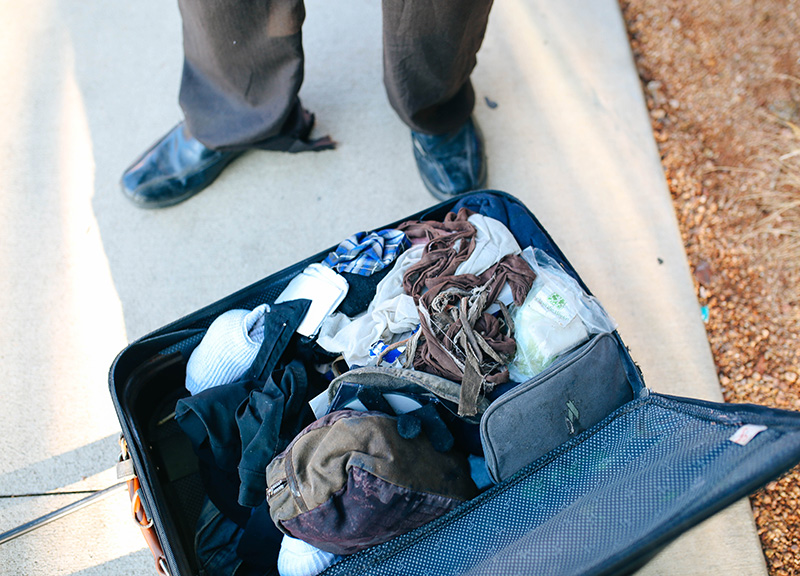 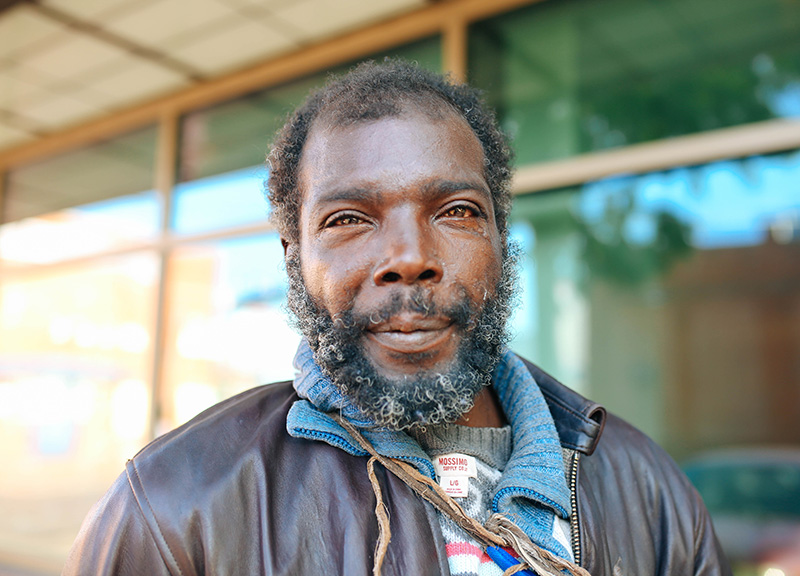 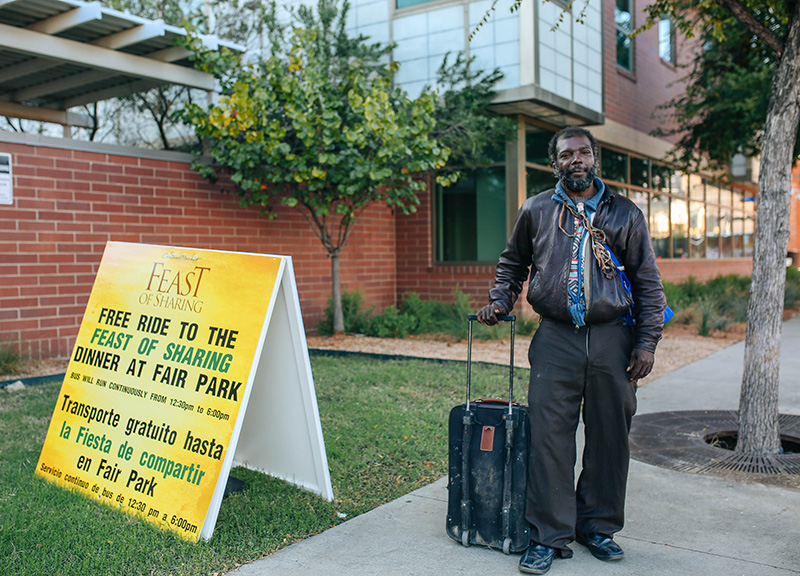 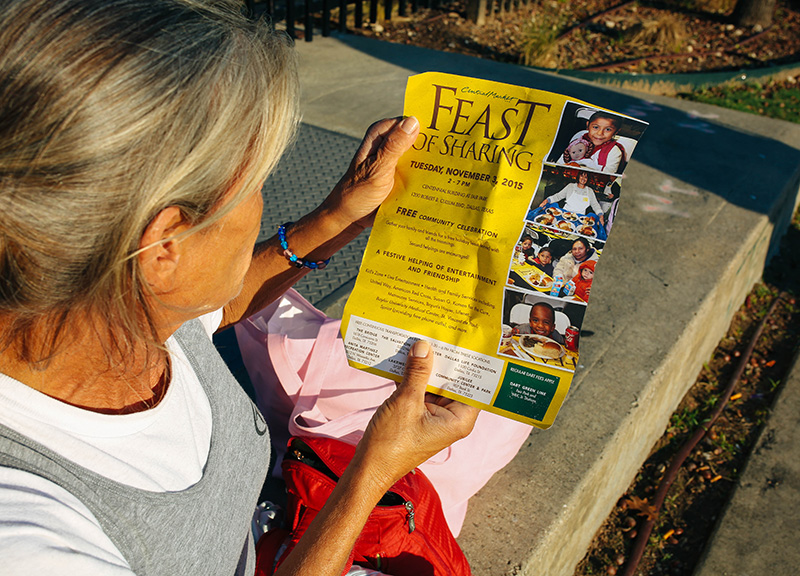 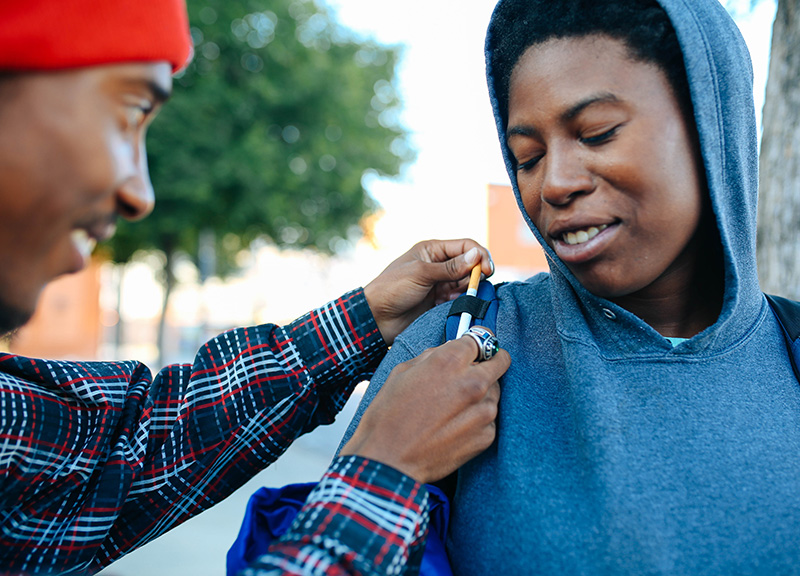 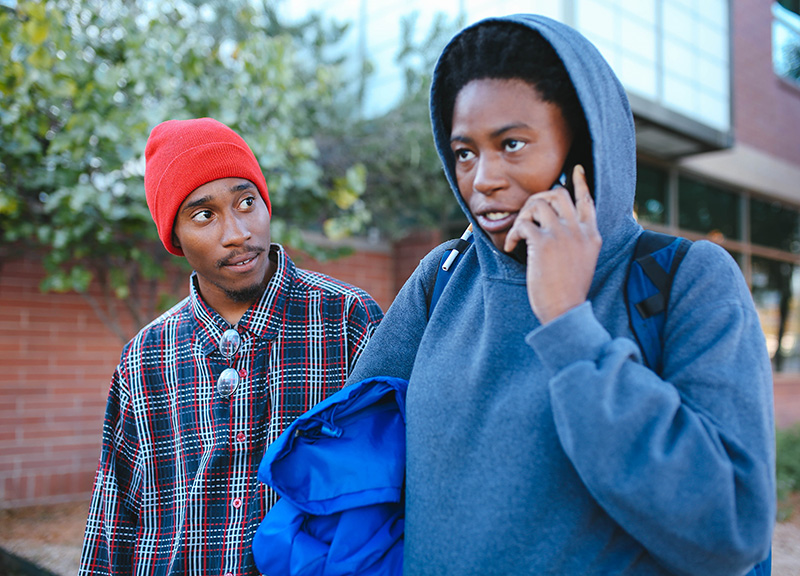 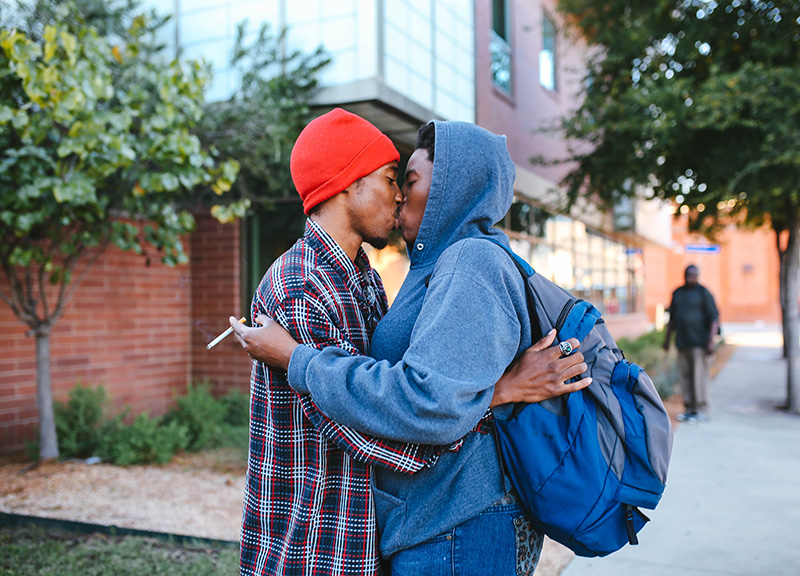 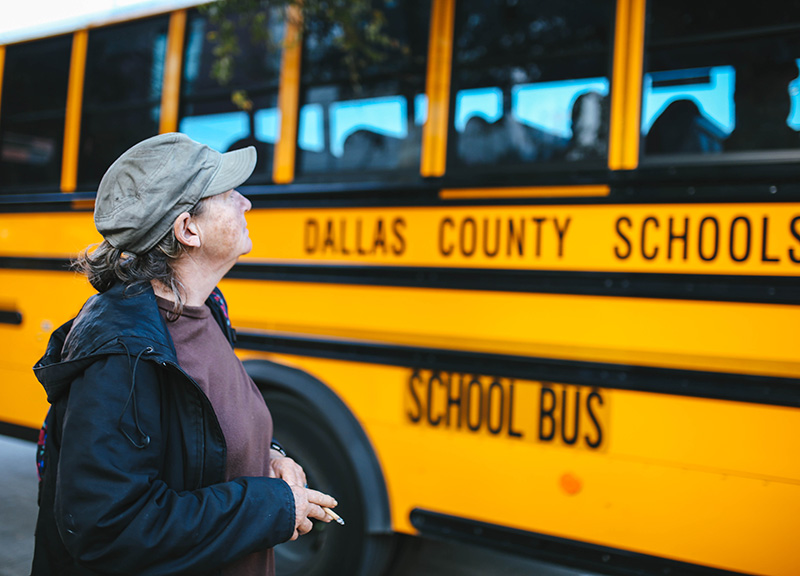 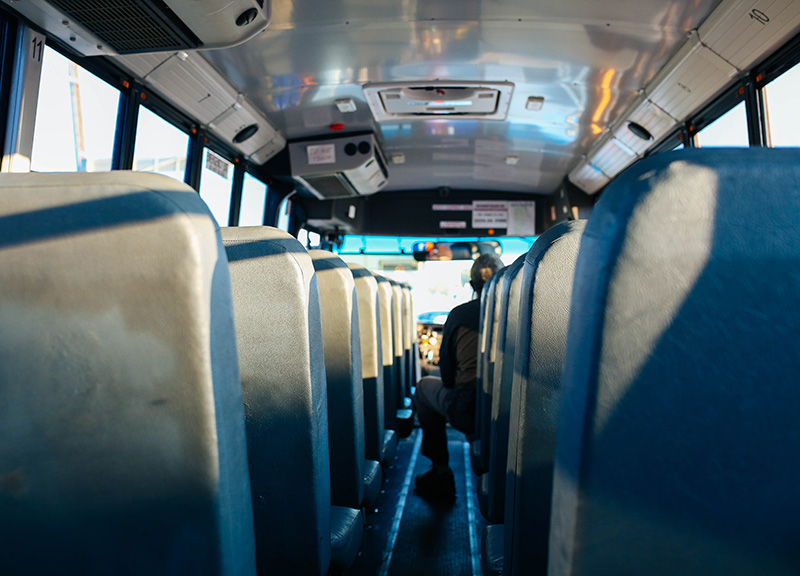 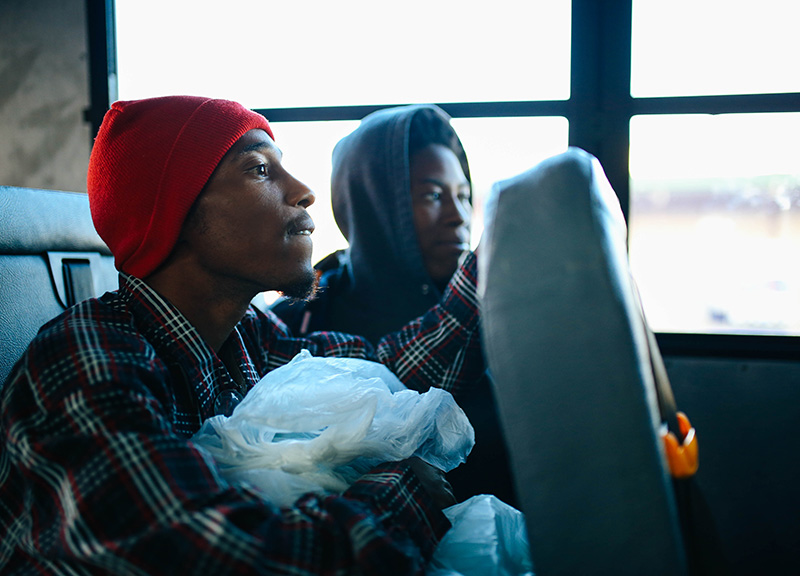 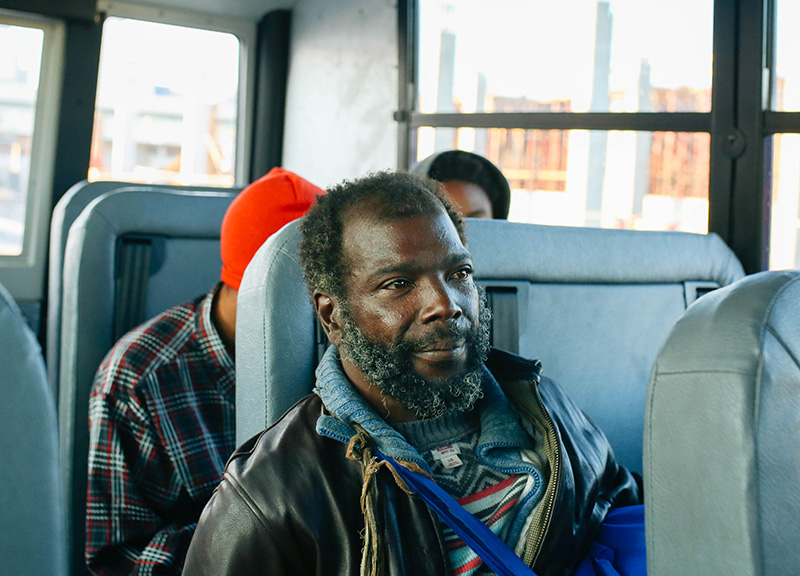 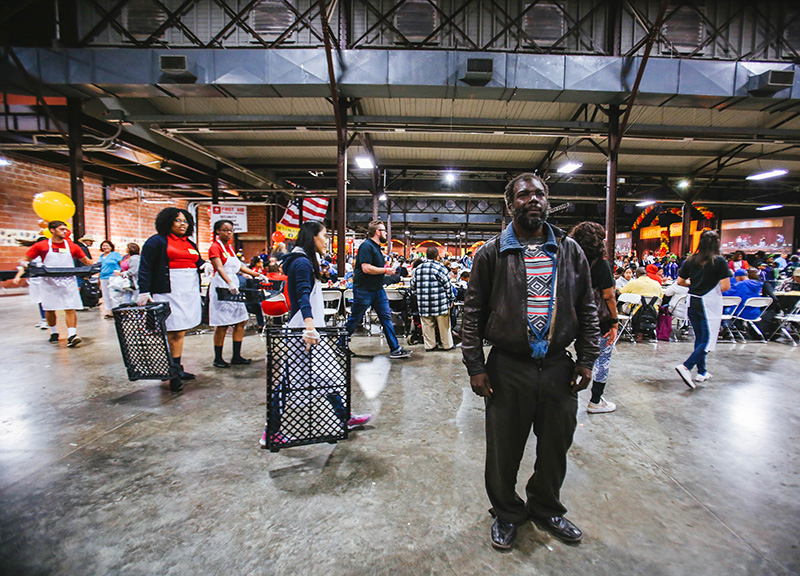 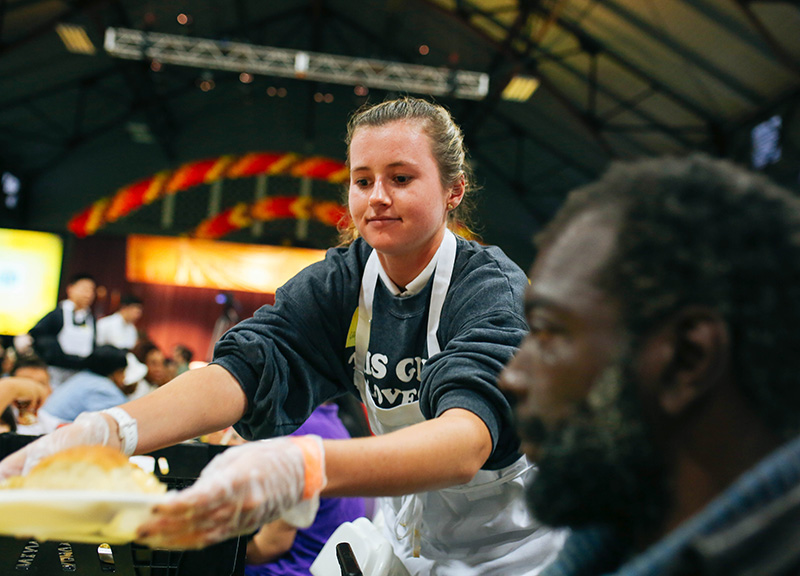 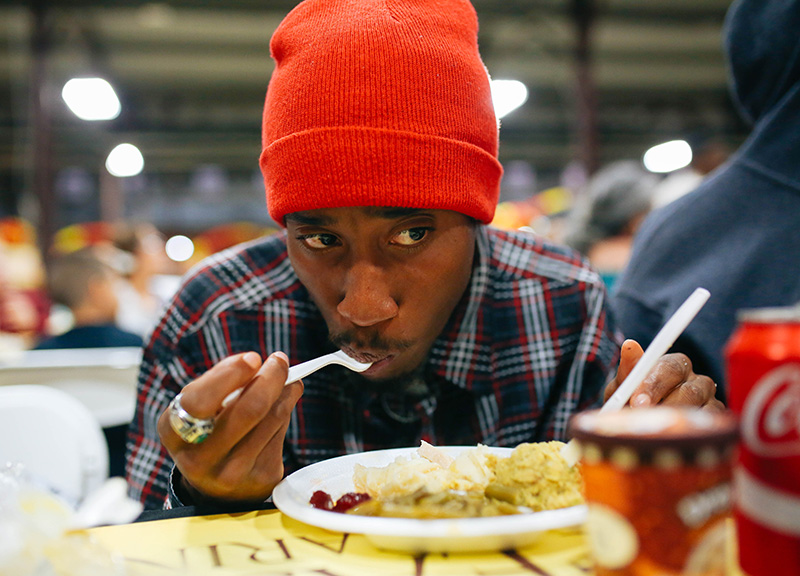 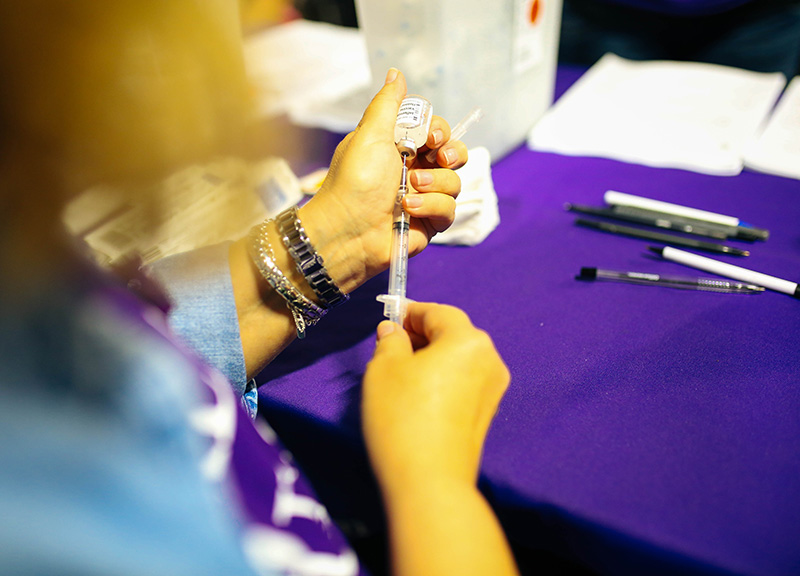 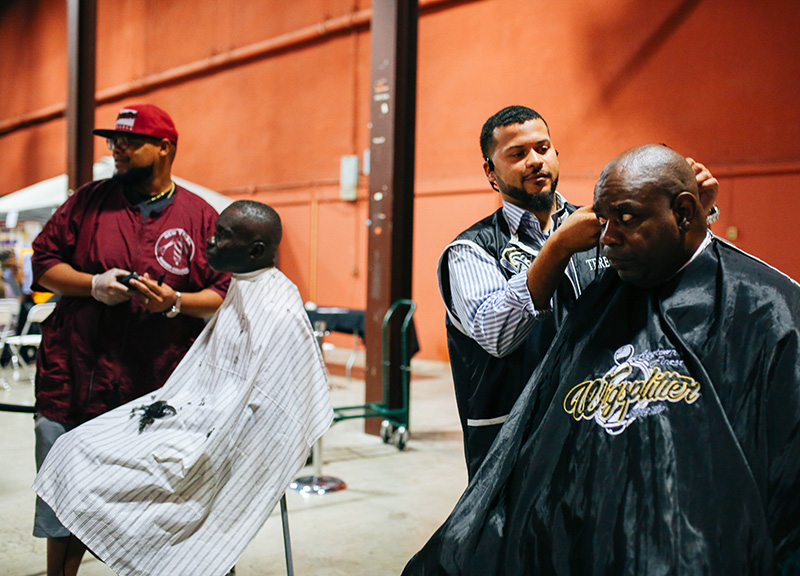 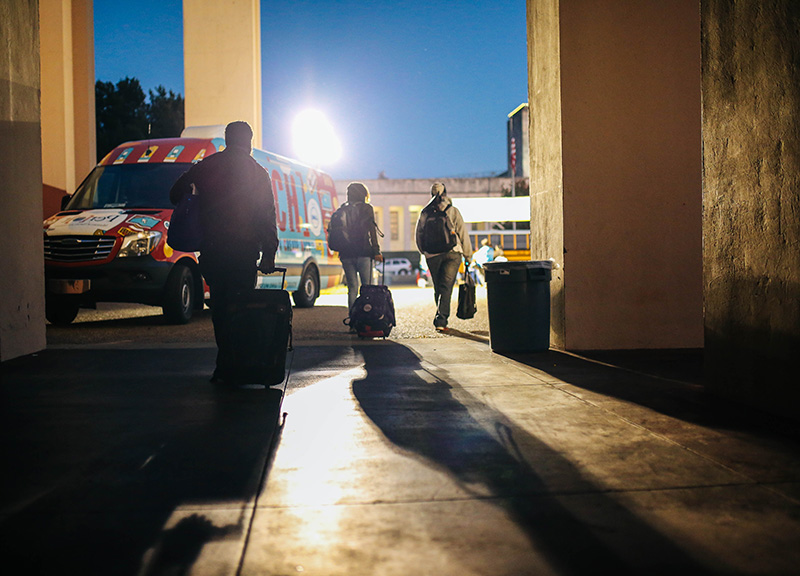