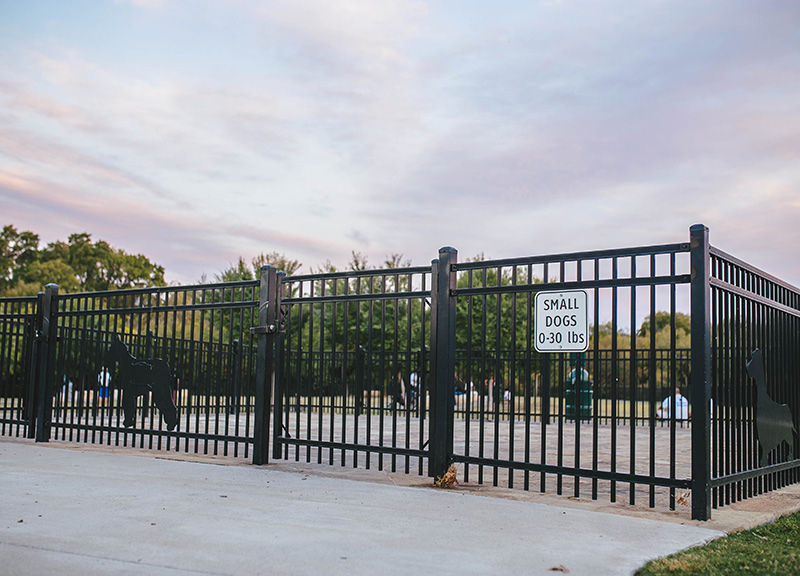 7:08 p.m. on a Tuesday at NorthBark Dog Park. Hidden between some apartment complexes near the intersection of President George Bush Turnpike and Dallas North Tollway — north of Addison and yet somehow still in Dallas — strangers are mingling pleasantly, but quietly.

It's a nice night and, looking around, most everyone here seems pleased about that — enough so, at least, that the poop-covered lawn surrounding them isn't really affecting their collective demeanor much.

More so than their ever-watchful human counterparts, the little fur balls scurrying about the place that are especially joyous. That energy is fairly contagious: Watching their dogs run around, the owners watch on, smiling.

It's a mostly peaceful gathering — until, that is, a Pomeranian starts barking incessantly in the distance. It's an annoying bark — the kind that merits a sock being stuffed in a mouth — and everyone here appears in agreement about that. Eyes lock and mildly concerned glances are swapped as everyone anticipates the madness that will ensue upon that Pomeranian's impending arrival inside the gate.

The dogs notice the barks, too. How could they not? Once inside and among her peers, the Pomeranian only further demands attention, yelping toward some six other dogs nearby. They stare her down and, eventually, they pounce. The tables are turned: Fed up with this supposed show of strength — or perhaps falling for it — the other dogs start chasing the Pomeranian around the park, openly questioning the dangers of her bite. They're right to do so: The Pomeranian, with no other options, hightails it away from her pursuers.

The next few moments play out like a slapstick circus. Dogs slip look in one direction, as their bodies carry them into another. Excitement overcomes coordination, and legs tangle. Any tension in the air before the Pomeranian's arrival is cut. Laughter abounds. Eventually, conversation sparks.

Creatures of habit, most of the dog owners here know one another — albeit somewhat reluctantly. They don't necessarily remember each other's names, but they're good at remembering the names of the more-familiar dogs.

The people who come here at this time of day tend to do so as part of a schedule. For them, it's an hour-long, outdoor slice squeezed into an otherwise hectic day. They know the lay of the land well, to the point of knowing which dogs tend to be the alphas and which are a little more shy.

Following the leads of their pets, the people start to more directly interact. They talk about the habits they've noticed from certain dogs. They discuss the weather. It's a fun, lighthearted conversation.

As the dogs grow tired of playing chase, their owners' talks continue.

Dogs make friends real fast. Humans take a little longer, but they're capable of it, too. 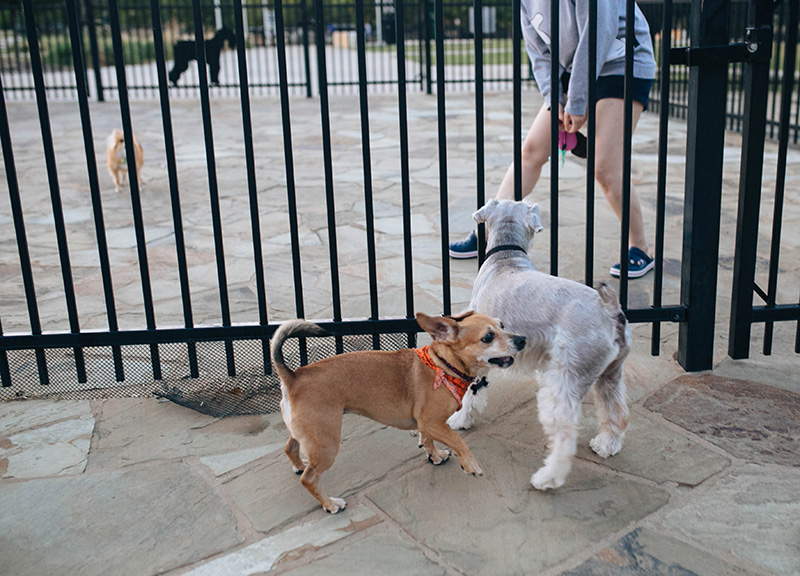 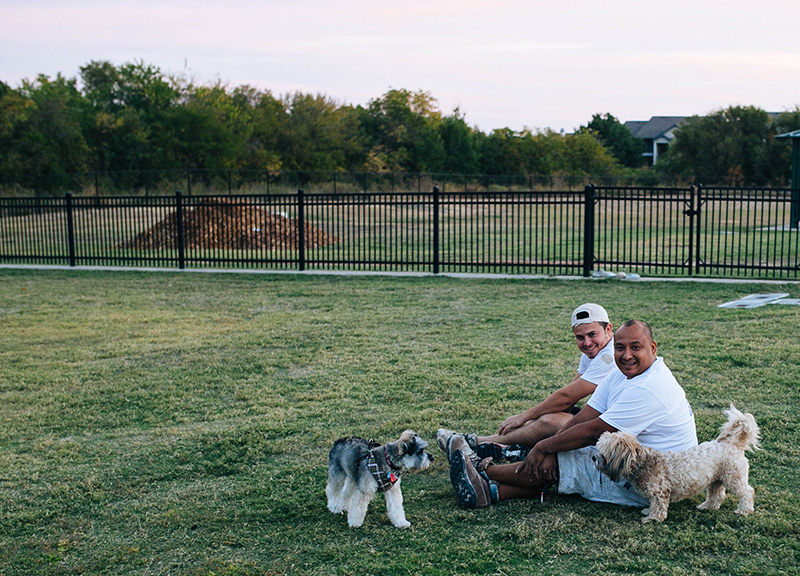 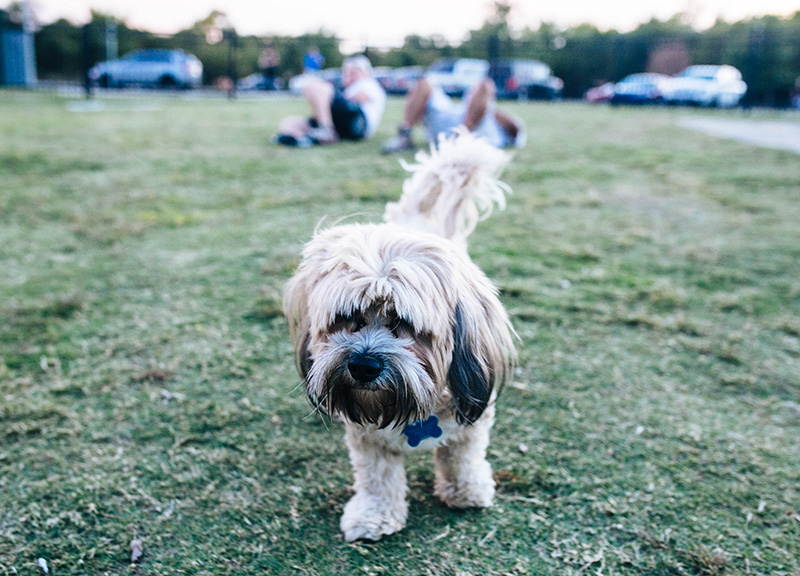 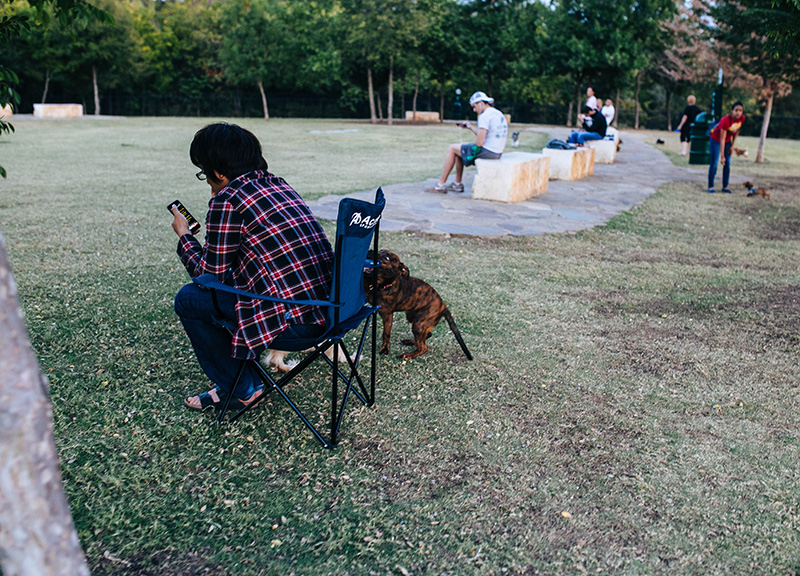 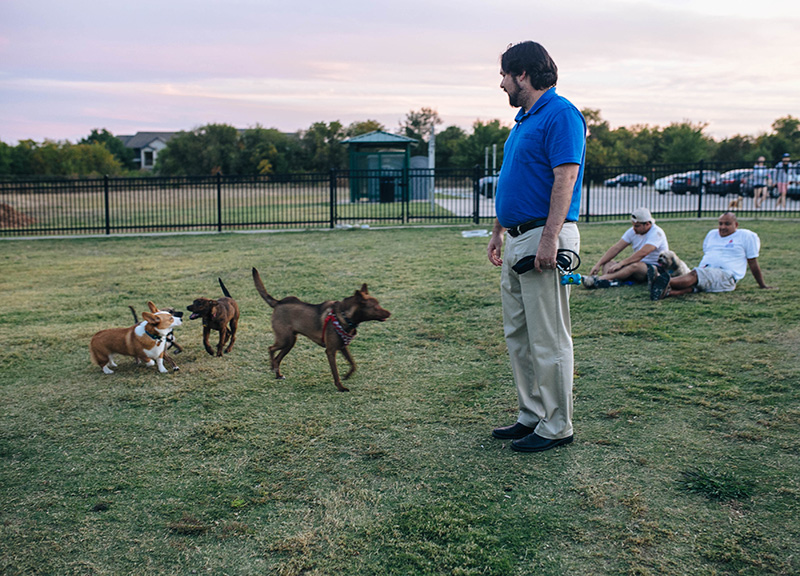 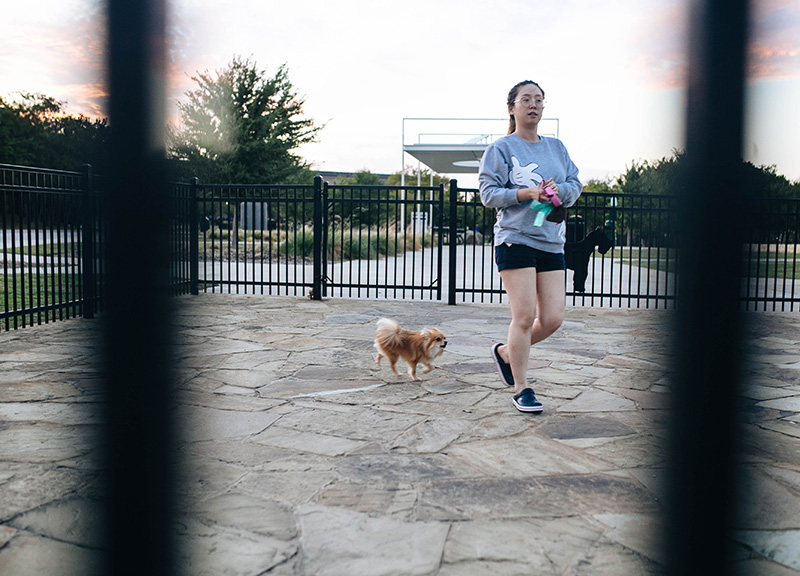 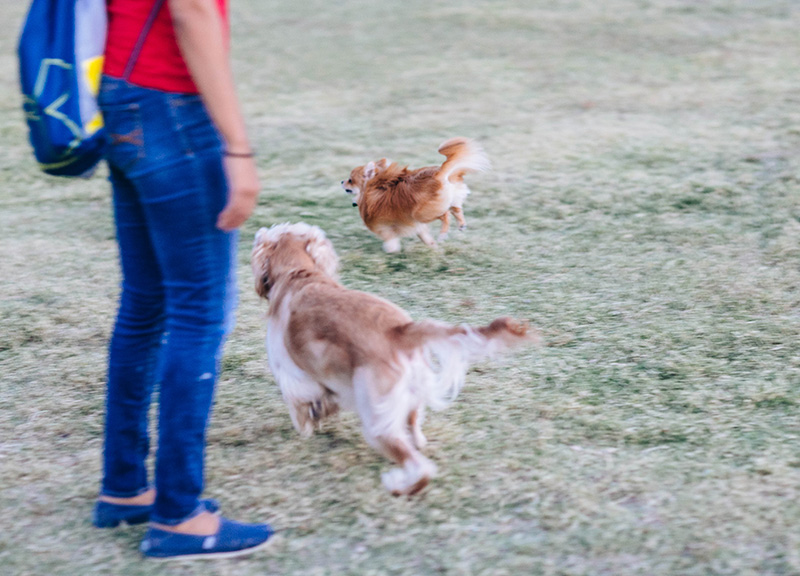 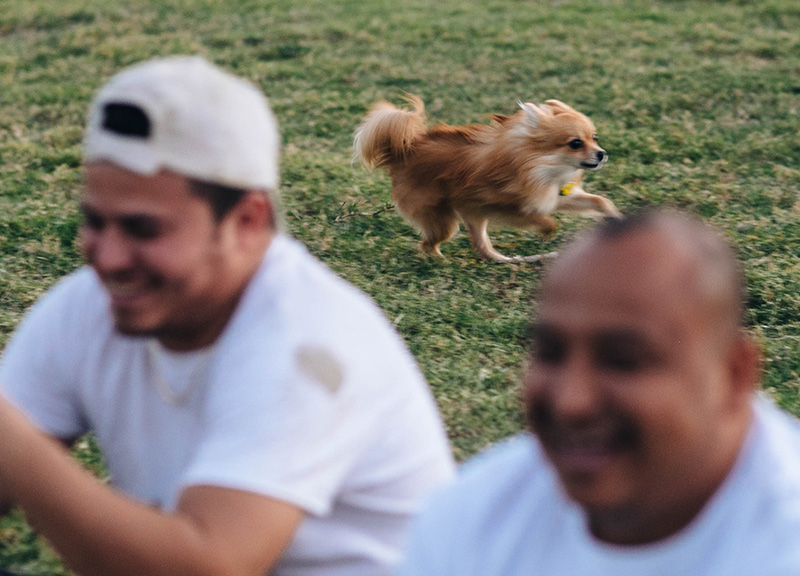 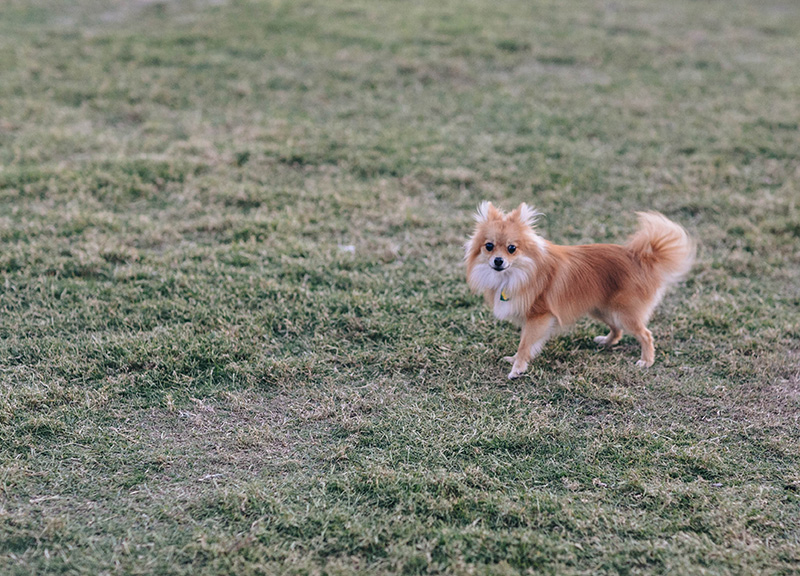 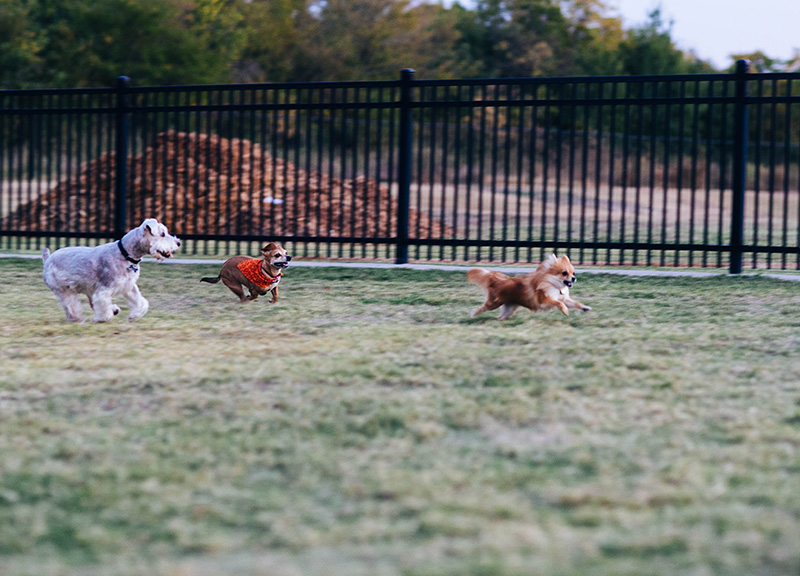 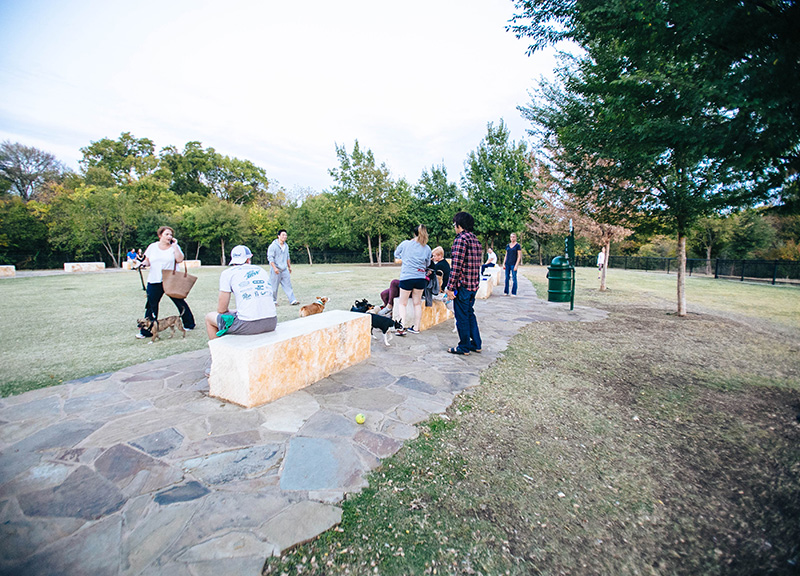 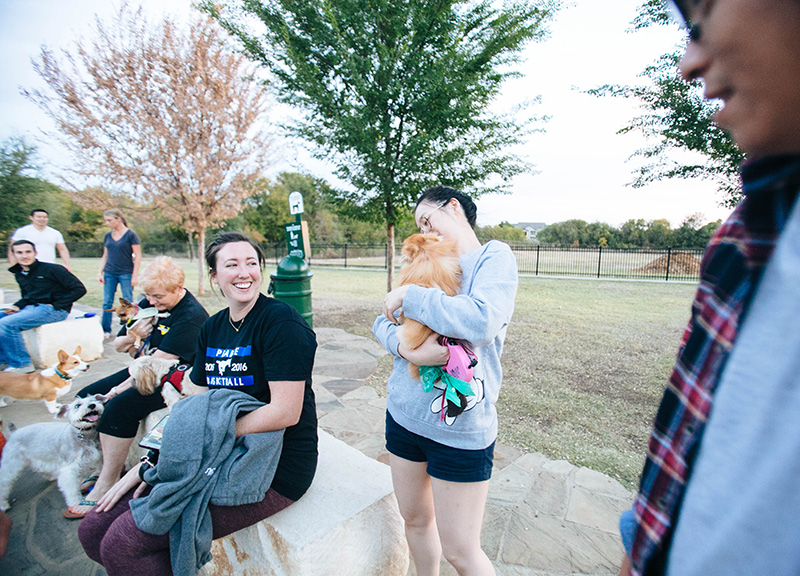 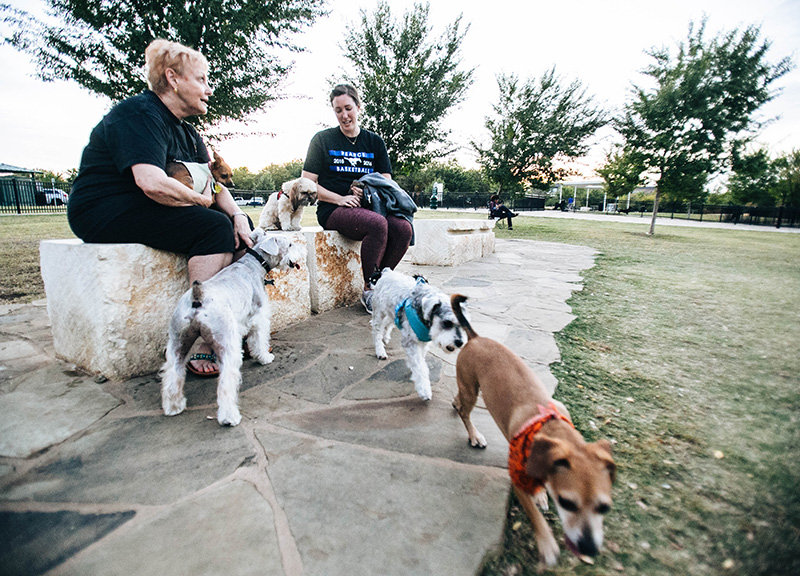 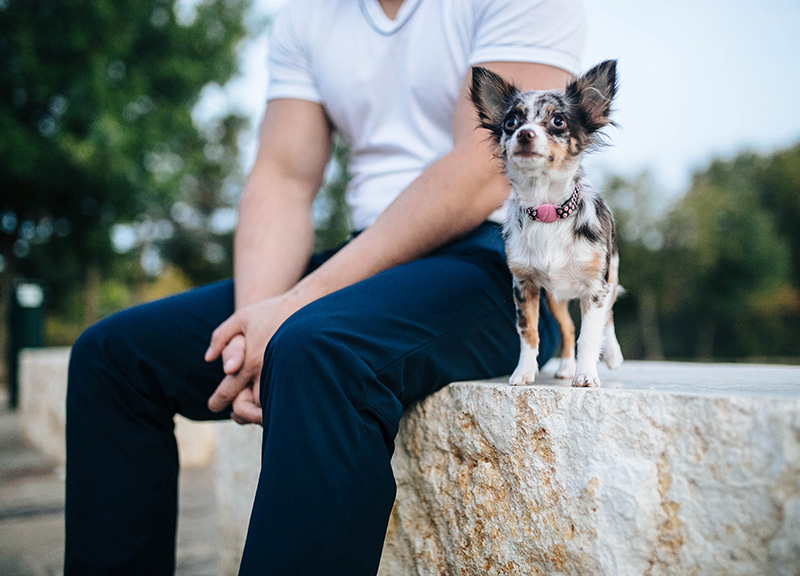 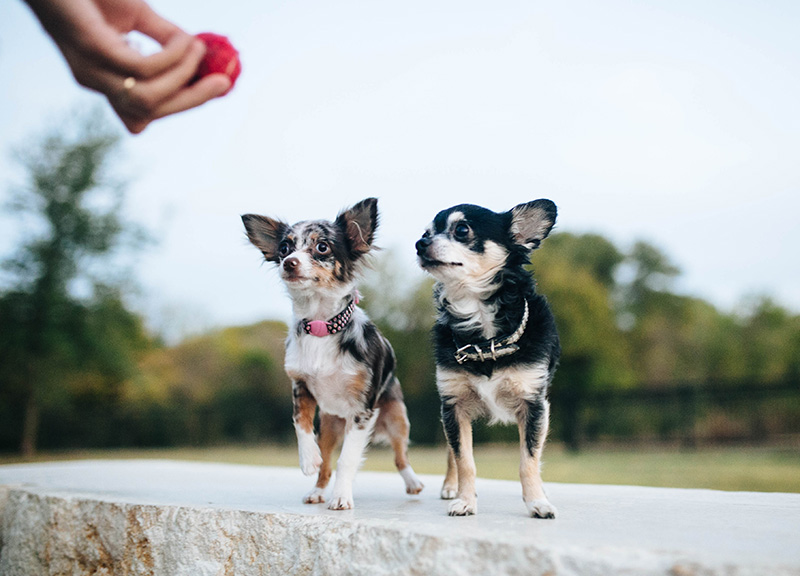 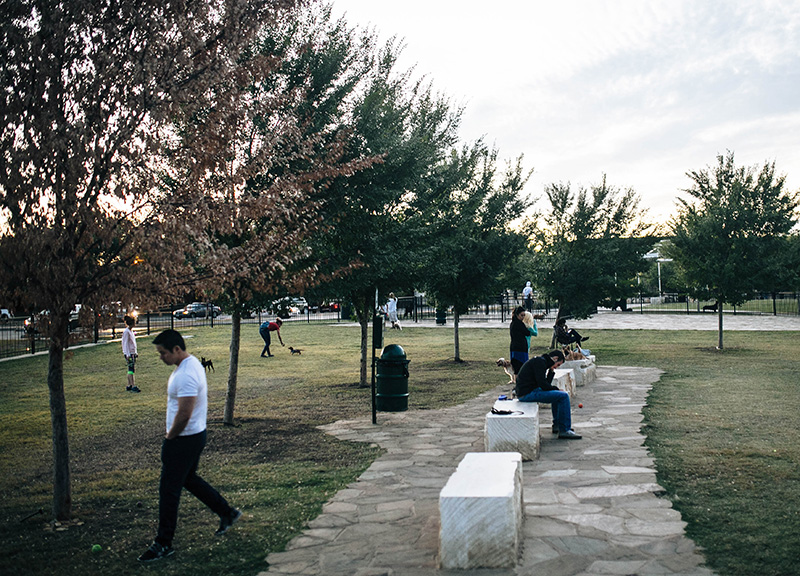