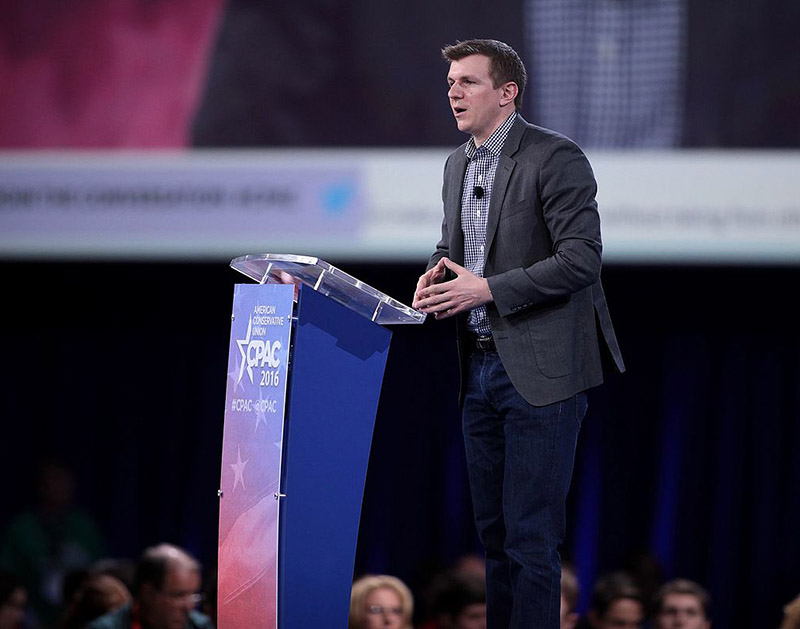 The Project Veritas Leader Will Be At SMU Two Days After The Washington Post Busted The Group’s Attempt To Plant A Fake Sexual Assault Story.

James O’Keefe is coming to Southern Methodist University tomorrow following a Washington Post report about how he and his group Project Veritas were busted while attempting to deceive reporters with a fake rape allegation against embattled Senate candidate Roy Moore of Alabama.

The Washington Post published an exposé last night after two reporters discovered that a woman who claimed she had been a victim of Moore’s at the age of 15 was actually working with O’Keefe’s Project Veritas to try and get the major national news paper to publish a fake news story.

Project Veritas’ attempt at duping the Washington Post apparently began just hours after the Post broke the news on November 9 that the Republican candidate Moore had initiated a sexual relationship with a 14-year-old in 1972 when he was 32.

But it wasn’t the first time O’Keefe and his group have attempted to expose what they deem is bias in mainstream news outlets or government agencies by going undercover.

O’Keefe first rose to notoriety in 2009 when he and a colleague posed as a pimp and prostitute to expose an employee of ACORN, a community organizing group, trying to set up a human sex trafficking business. But it turned out the employee — whom O’Keefe would have to pay $100,000 for defaming — was actually just playing along to call the cops on the pair.

Since then, O’Keefe has attempted to lure a female CNN reporter onto a boat full of sex toys and condoms, entrap a CNN producer into admitting anti-Donald Trump bias and to tamper with a Louisiana senator’s office phones by unlawfully entering her office.

“That an organization like the Washington Post would through such great lengths to test the veracity of these claims is evidence of of the impact work Mr. O’Keefe has done,” Wolf says. “Whether it’s at ACORN or Planned Parenthood, our chapter believes there have been instances of government waste and misconduct and Mr. O’Keefe is committed to seeking the truth.”

Wolf did add, however, that anyone — including the media — is welcome to attend the Wednesday night event.

“The story doesn’t change our view that individuals whether they’re controversial or not have a place to speak at a university,” Wolf says. “Students can come and challenge them if they want to.”