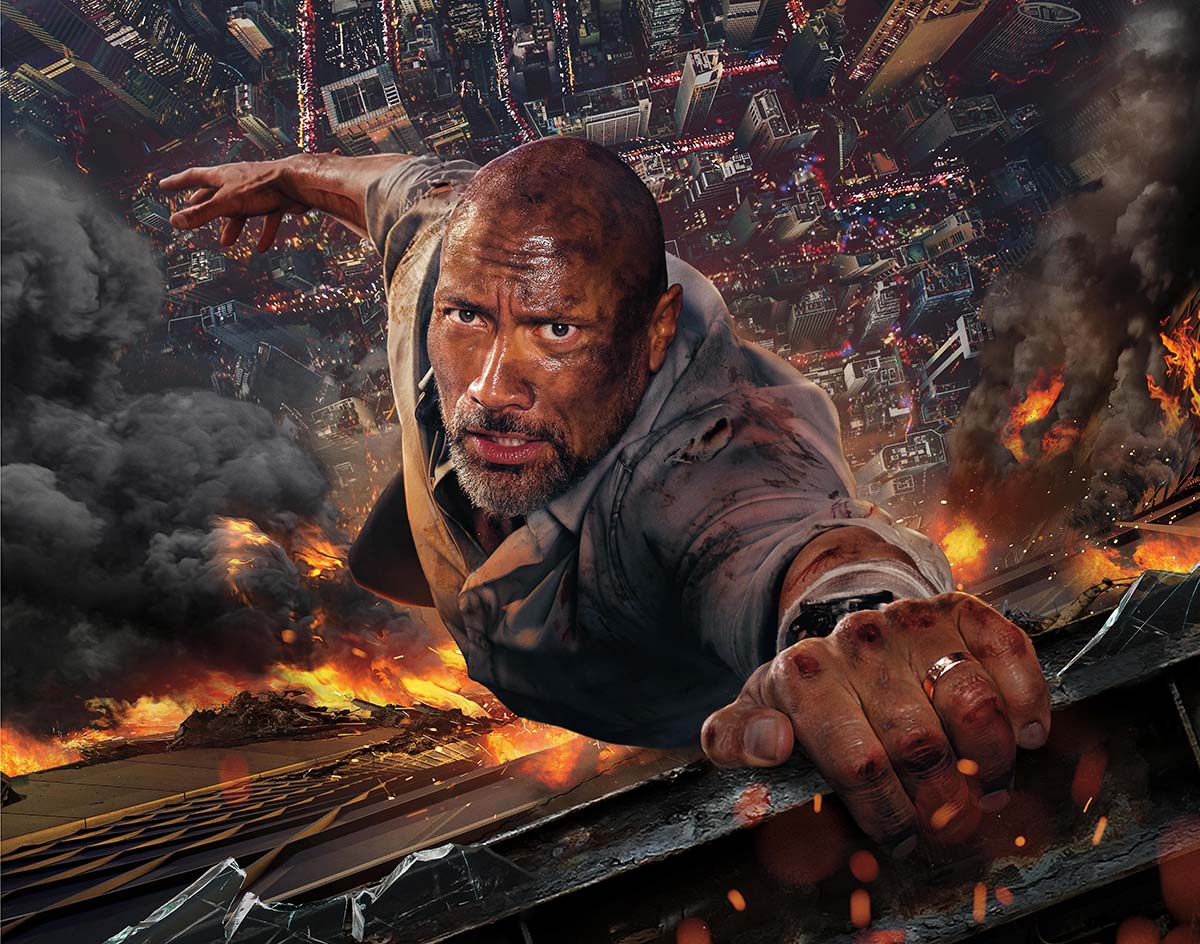 Hollywood’s Latest Die Hard Ripoff Might Not Build Much Upon Its Inspiration, But The Rock’s Endless Charisma Gives It A Sturdy Foundation.

Dwayne “The Rock” Johnson was a born entertainer.

A football player and professional wrestler before he became an actor, Johnson has always made for a commanding onscreen presence — even when headlining absolute dog shit. In recent years, he’s found his sweet spot, abandoning kids’ movies while remaining one of the most popular actors with that age group.

No, he hasn’t done anything that’s stretched his skills in quite a while, but he’s still magnetic — 250 pounds of pure charisma.

The one thing he can’t do? Be an everyman. So perhaps it’s best to think of his new vehicle Skyscraper as a superhero movie, in which case it absolutely works as well-made, mindless summer entertainment. Because, if you approach it as Dwayne Johnson just pretending to be a dad who’ll do whatever it takes to save his family, then the whole thing crumbles apart.

Here, Johnson plays Will Sawyer, an independent security consultant and former hostage rescuer. He’s got a prosthetic leg, which is more of a prop and less of a hindrance to his life, if we’re being frank. Oh, and he’s in Hong Kong with his family to complete his analysis on the Pearl, the world’s tallest (fictional) building.

Released 30 years after Die Hard came out, Skyscraper is proof that filmmakers now feel comfortable ripping that original effort directly, as opposed to the slightly varied versions we got over the years (Speed‘s Die Hard on a bus, Sudden Death‘s Die Hard on ice, White House Down‘s Die Hard at the White House and so on). Here, Chin Han (The Dark Knight) plays the building owner who is harboring a secret. Rolan Moller (Atomic Blonde) plays the leader of the thieving, terroristic bad guys. Various character actors to round out the cast, doing all they can to flesh out their thinly written roles.

Johnson really is a superhero in this: He makes physics-defying jumps, survives getting shot and stabbed, and like all the other characters, breathes in enough smoke to kill any regular person. But he’s so charming and committed to every ridiculous twist and turn the film throws at him, that he keeps the whole thing going and somehow makes it all work.

It also helps that the film only lasts 102 minutes.

Was anyone expecting the director of a totally fine comedy like Dodgeball to make such a purely entertaining action movie? Probably not. But, hey, this is exactly the kind of “I need to escape the oppressive heat!” blockbuster we enjoy seeing in between the bigger event movies each summer.