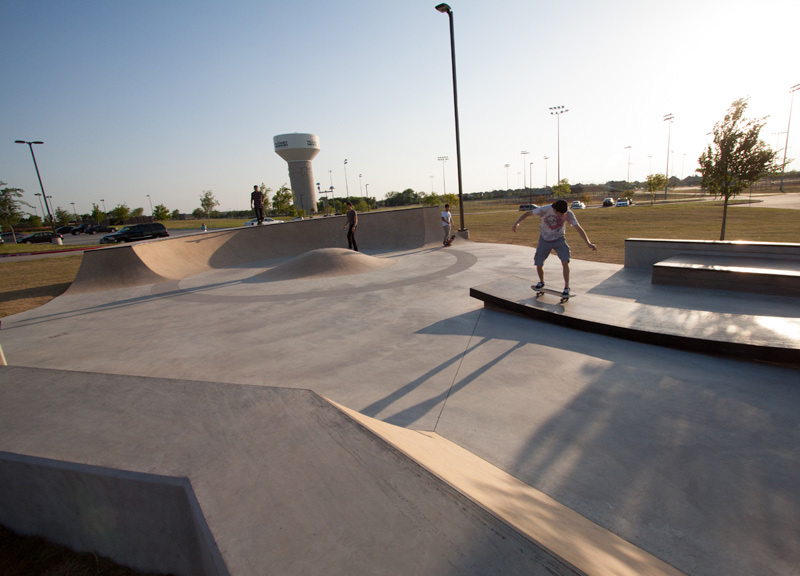 Check Out The Rad New Skate Park Out In McKinney.

The skater at the far end of the bowl just kept falling off of his board. Over and over again, he fell.

But he was determined to land this trick, a backside rail grind down some steep stairs.

If it took him all day, well, that didn't really seem to matter. And so — falls, crapes and bruises be damned — he kept getting back up to try again.

Diligently, his friends kept standing around, watching his tries and encouraging him along, some of them even filming his effort. They, too, seemed intent on the matter: He. Was. Going. To. Land. It.

And then, as part of yet another nondescript go at the rail, it happened. He landed it. His friends cheered victoriously. Others gathered around the park glanced over at the commotion and too voiced their support.

It was a nice moment — but not an out-of-the-ordinary one at all — this past Sunday afternoon at the latest area addition to the skate park circuit, McKinney's April-opened Gabe Nesbitt Skate Park. The crowds were thick and the tricks were plentiful at the new 30,000-square-foot, New Line Skateparks-designed, which boasts everything from quarter pipes and pools to stairs and bowls within its confines.

There is, of course, one major issue with the new spot: No BMX bikes are allowed.The reasoning behind this restriction wasn't too difficult to discern on Sunday, at least, as preteens with scooters whipped through the course.

Mostly, though, the kids stayed to less engaging side of the set-up as the the older and more-experienced of the crowd mostly stuck to the pools.

How that disparity will play out as the skate park gets older is anyone's guess. For now, however, Nesbitt Park at the very least looks like a nice and welcome addition to the area scene.

Also, check out the below McKinney-produced video showcasing the new spot: 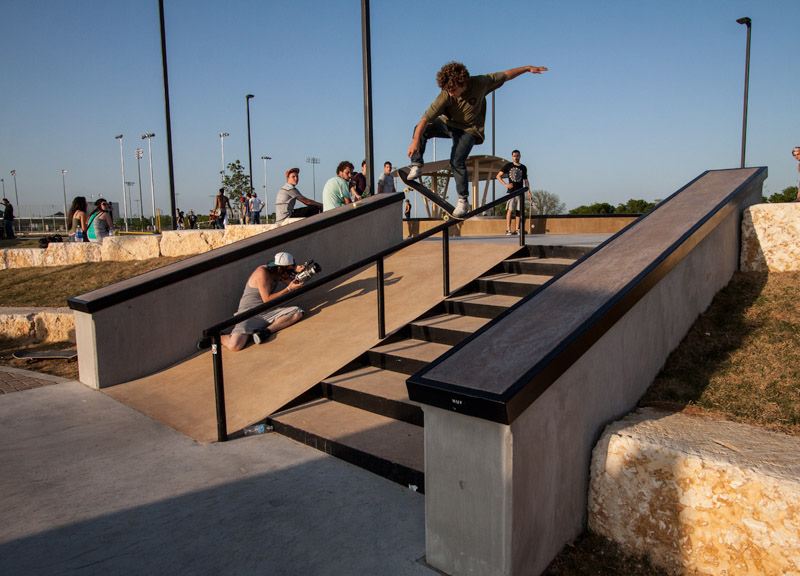 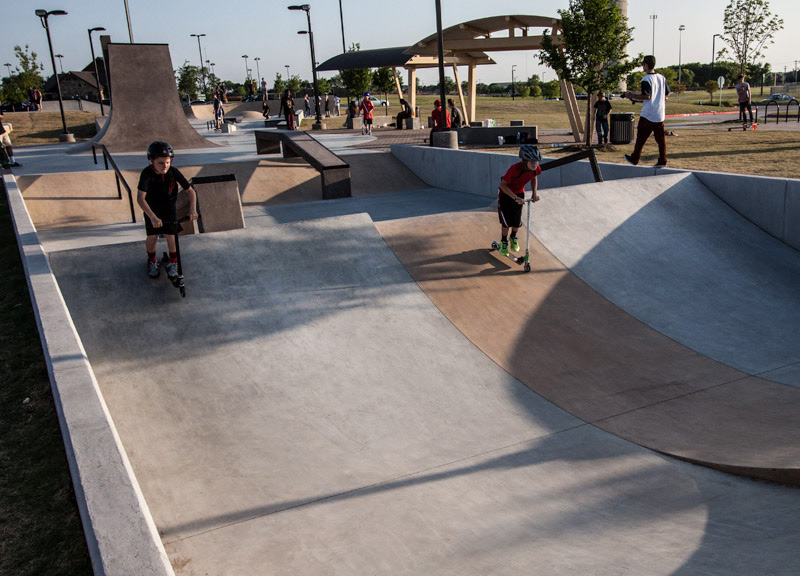 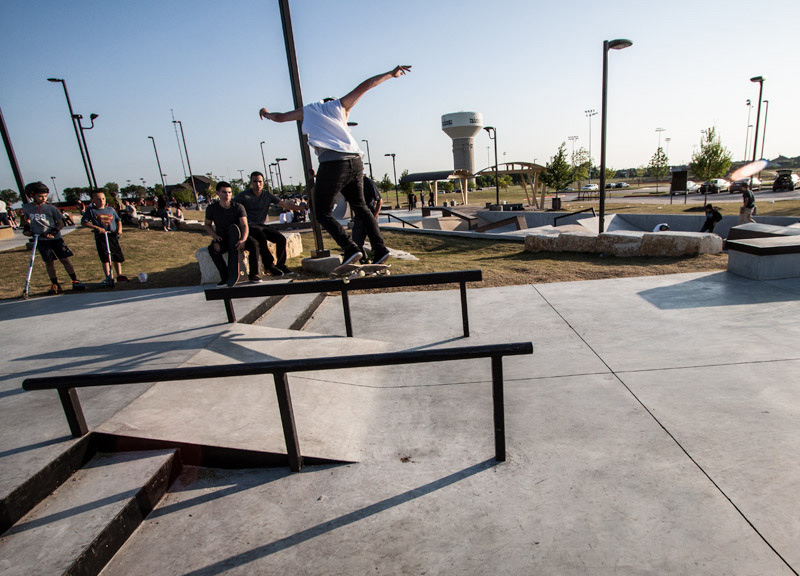 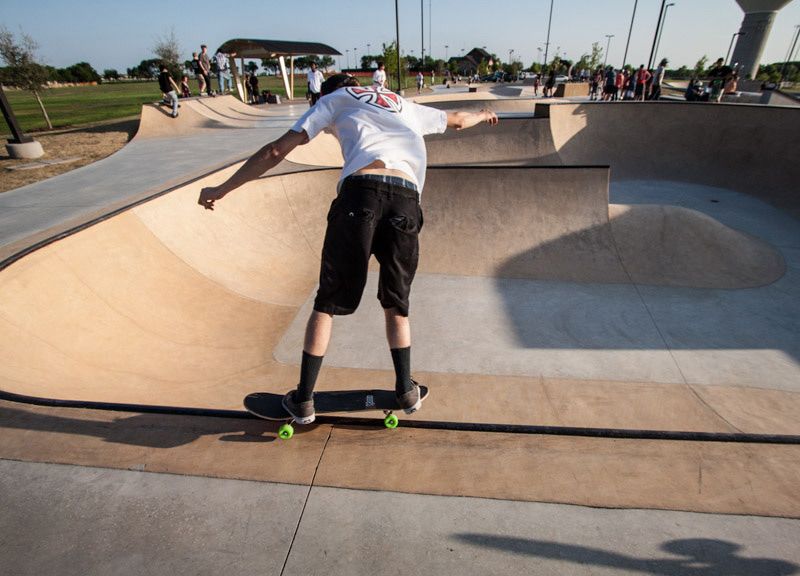 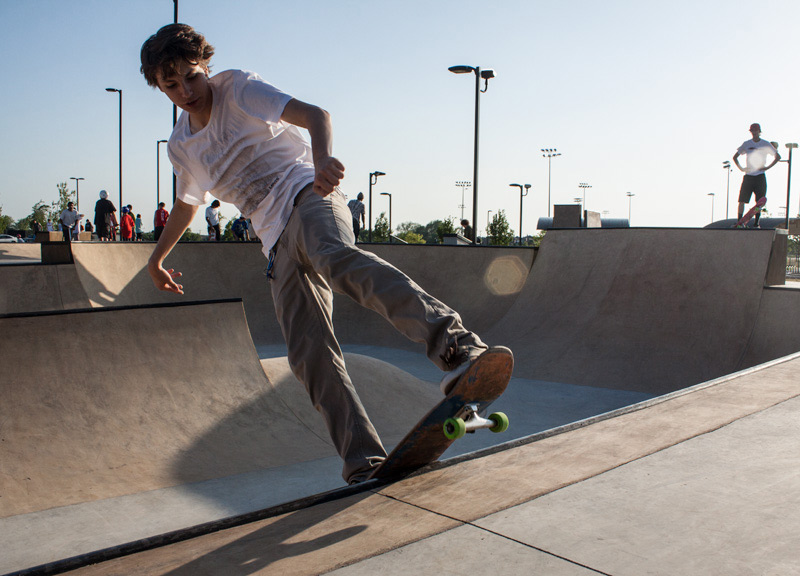 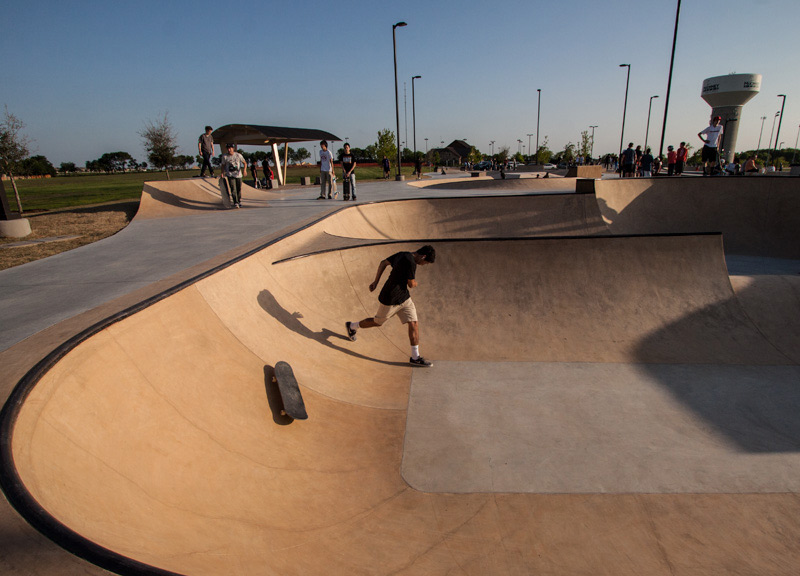 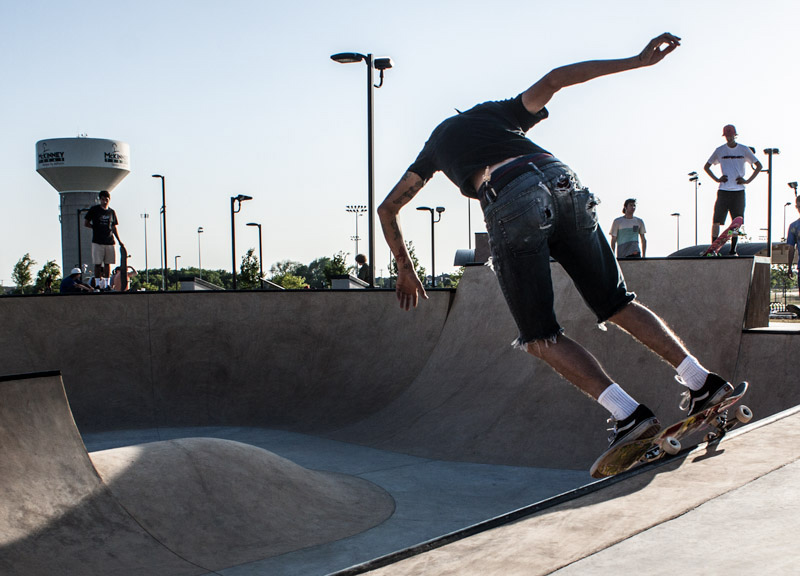 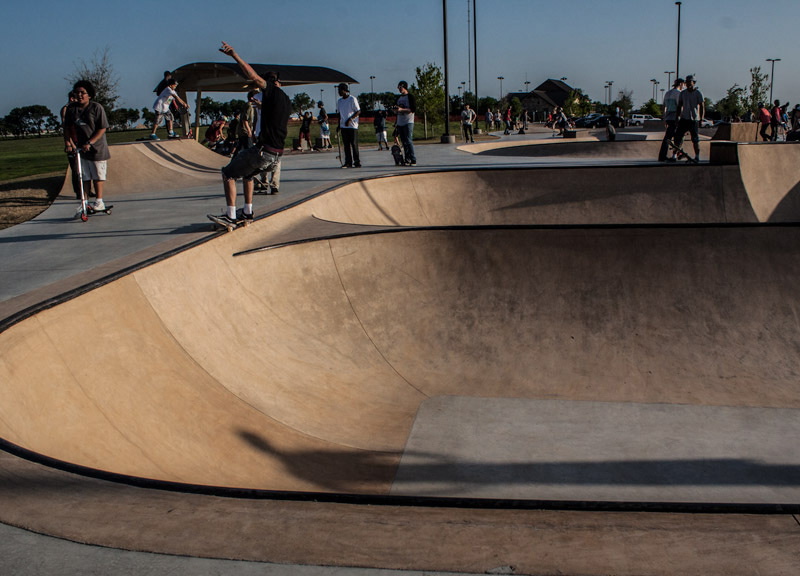 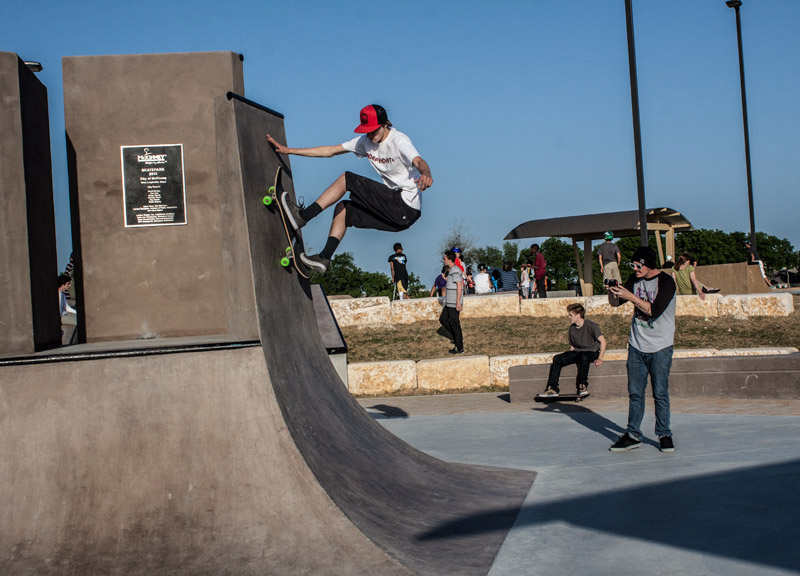 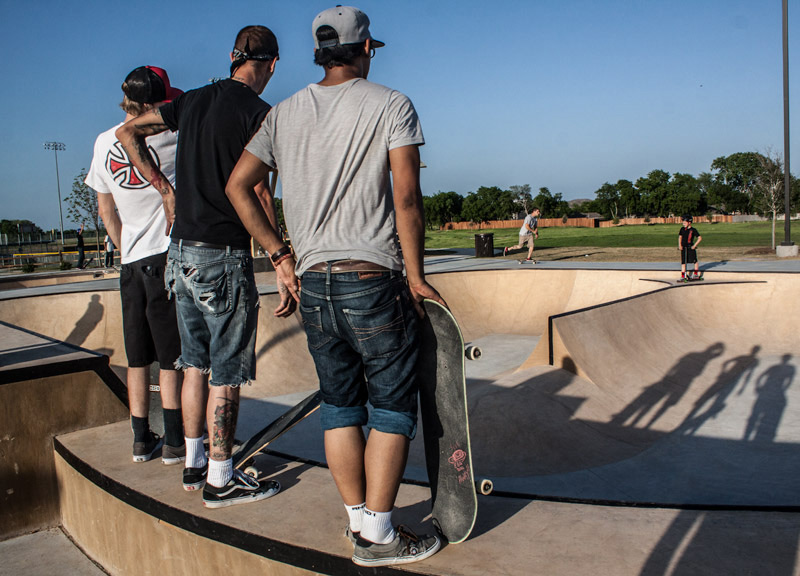