Sit Down, Shut Up. 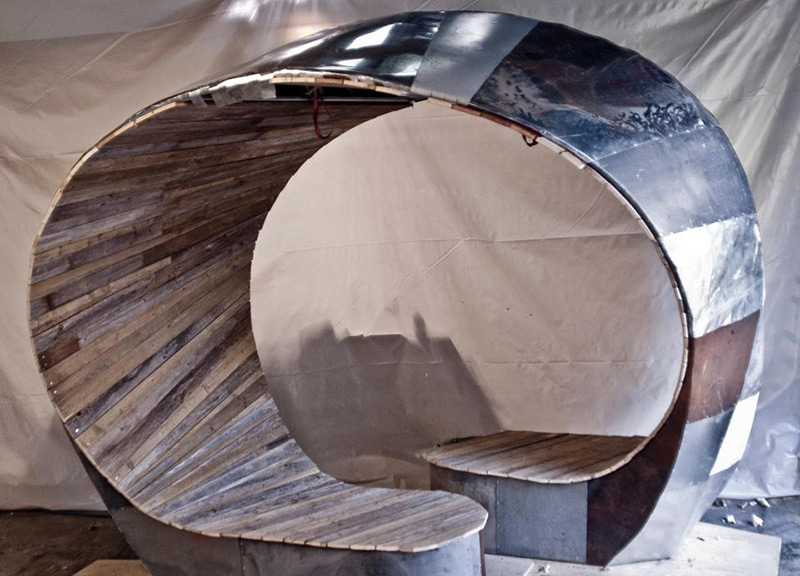 The Mobius Bench Arrives In West Dallas on Friday. So Much For That Bridge to Nowhere.

Back in March, right around the time that the Margaret Hunt Hill Bridge opened itself to car traffic, we posted a story highlighting some of the lesser-known landmarks worth checking out on that side of town. That post, specifically, was penned by our own Blake Panter in an attempt to dispel the popular local media notion that the Santiago Calatrava-designed addition to the Dallas skyline was nothing more than a “bridge to nowhere.”

Funny what a difference just a few months can make.

That side of Dallas now the home to a bevy of Shepard Fairey-painted murals and that long-awaited West Dallas Food Trailer Park.

It's also home to the super popular outdoor watering hole The Foundry and its accompanying Chicken Scratch restaurant. Plus, in just a few weeks, the outdoor, still-in-development event space Trinity Groves will play host to Spune's first-ever Untapped Festival, which promises to feature over 120 beers from 50 different breweries, in addition to two stages of music performances from the likes of national touring acts Givers, The Antlers and Akron/Family, plus local favorites The Burning Hotels, Zhora and many others.

Meanwhile, today brings news of yet another attraction coming to the neighborhood. For the past few months, local artists Nicole Horn (who you may recall from the killer, home-made dumpster pool we featured back in June) and Erik Glissmann have been constructing a Mobius strip-inspired bench design to be put to use as a public art installation on Fort Worth Avenue for the foreseeable future.

With their project now complete, Horn and Glissmann finally dropped the metal-and-wood bench off at its new home near the intersection of Fort Worth Avenue and Pittman Street today. And, on Monday, they'll celebrate the new piece with an open-to-the-public party at the nearby Chicken Scratch.

Nowhere, I guess, is a relative term.