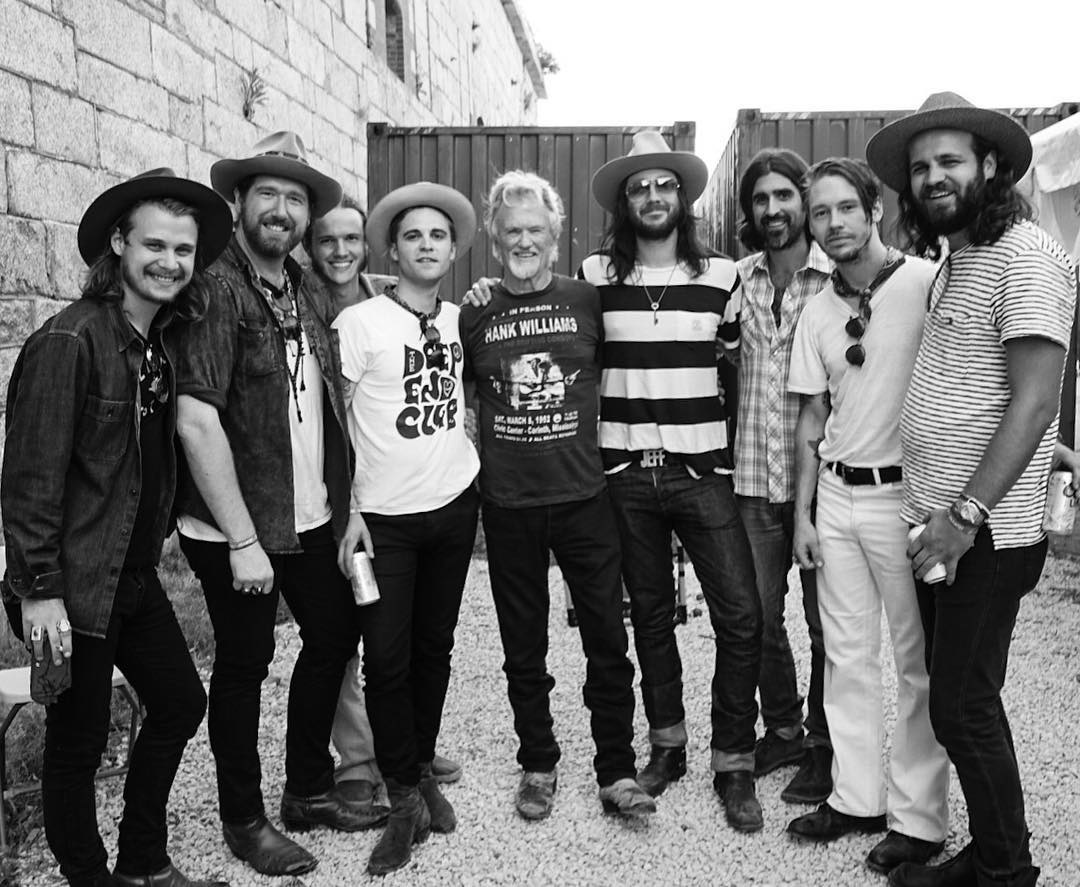 The Texas Gentlemen Back A Legend, and Mountain Dew Gives The Dallas Rap Scene Some Shine.

It isn’t uncommon to see rotating rock/country collective The Texas Gentlemen performing sets around town where the rotate in and out various frontmen they work with. Sets in recent weeks at Belmont Hotel and Granada Theater, for instance, have seen the group bringing up guest frontmen like Leon Bridges, Paul Cauthen, Vincent Neil Emerson, Kirk Thurmond, Wesley Geiger and K Philips among others.

Over the weekend, not only did the Gents perform their highest profile gig to date at the Newport Folk Festival, but they backed a few legends in the process. Receiving the biggest buzz was a three-song set from Kris Kristofferson, one of the world’s all-time great songwriters, highlighted by a rendition of “Me and Bobby McGee” where he was also joined onstage by rising country star Margo Price.

Check out that performance, as well as Kristofferson doing “Help Me Make it Through the Night,” below.

How fucking cool is that? And that was only the cherry of the boys’ weekend. Elsewhere in their set, fellow Texas legends, Joe Ely and Terry Allen came out and did songs of their own, including Flatlanders iconic, “Dallas.” It was, says Rolling Stone one of the best things to happen at the festival.

We expect the lowkey most talented band in town won’t remain that way too much longer. Long known in musician circles for its unmatched chemistry onstage, we expect The Texas Gentlemen to be a household name sooner than later.

Also showing up to back a famous musician in a high profile situation was Jordan Richardson, who drummed for Domo Genesis and Anderson .Paak on a recent Jimmy Kimmel Live! appearance. You can read Richardson talk more about that experience here, and/or watch the clip for yourself below.

Another noteworthy videotaped performance this week comes from John Congleton & the Nighty Nite, which dropped by NPR for one of its Tiny Desk Concerts. Already one of the region’s best releases of the year — hell, the whole country’s, really — Congleton’s always an engaging performer, known for his noisy and intense live shows. It’s equal parts refreshing and fascinating, then, to see him in this more intimate setting. And just as interesting/impressive the amount of sound he gets with just his acoustic guitar and one other guy, Hospital Ships‘ Jordan Geiger playing synths along with him.

Speaking of albums of the year, Dangerous Minds just called They Say The Wind Made Them Crazy‘s new one the best they’ve heard in years. Writes Christopher Bickel: “The album, titled Far From the Silvery Light is the best new thing to come across my turntable in the past couple of years, and although we’re only halfway through 2016, I’m going out on a limb and declaring it my ‘album of the year.’ I can’t gush hard enough about this avant-folk-operatic exercise in utter despair.”

Other publications think DFW music stuff is pretty cool, too. Take Pollstar, which recently included several local music venues in its annual mid-year report. Where Gexa Energy Pavilion was No. 12 on its list of the top 50 amphitheatre’s worldwide, AT&T Stadium, American Airlines Center, Verizon Theatre and South Side Ballroom also fared well in their respective categories as well.

Finally, here’s something else that’s pretty cool. Ahead of Mountain Dew‘s NBA 3X basketball tournament hitting The Bomb Factory this Saturday, the soda brand’s giving some shine to the six cities it’s traveling to. For its Dallas stop, they’re hipping the rest of the world to all kinds of aspects of Dallas culture through a number of articles about local art, streetwear, music, etc. For the purposes of this column, though, we’ll point you to four that are of particular instance. Here, here and here, The Outfit, TX, Curtis Mayz and Lord Byron have written oral histories of the Dallas hip-hop scene. And here, the Dew folks give some shine to five performers — The Outfit, Loudiene, Devy Stonez, Saint Clair and Blue, the Misfit — the rest of the world should be knowing about.

Cover photo via The Texas Gentlemen’s Instagram. Got a tip for White Noise? Email us!