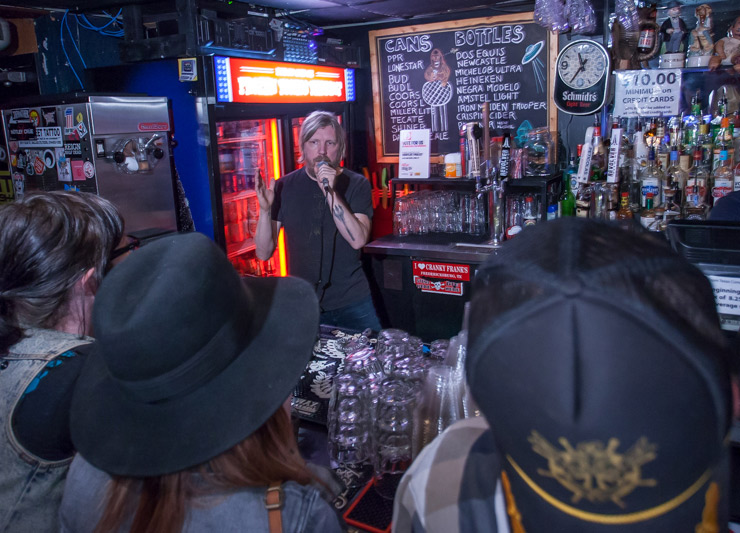 After 10 Years Behind The Double Wide Bar, Khurk Maeder Went Out In Style Last Night.

Ten years is a long time to work for any one company. In the fickle world of hospitality, it's just forever.

So, yeah, the 10 years that Khurk Maedar's spent bartending and managing at the Double Wide kinda feels like a lifetime. To that end, there was no faulting him when the goofy guy — the one always with a quip always at ready, the one who has arguably developed into the face of the bar — finally bid adieu to the gig for good on Wednesday.

But not without a proper sendoff: Last night, and soundtracked expertly by the Double Wide's regular George Quartz-helmed “For Your Pleasure” Wednesday night, Maeder went out like a champ. A costumed one, even: Throughout the evening, Maeder donned no fewer than four different outfits, four separate wigs and — two? three? — a lot of masks, metaphoric and literal alike, since, technically, he was on the clock.

But it soon spiraled into drunken debauchery. No getting into that here; someone's parents (hi mom!) might read this. The below images — captured by photographer David Wilson, who was kind enough to pass them this way — do a fine job of chronicling some of the devolution anyway.

Still, what they don't — they can't — capture is the spirit that Maeder brought to the Double Wide both last night and in the 3,000 or so that preceded it. Maeder's never been the craft cocktail type; he rocks T-shirts over handlebar mustaches. He never puts on airs, either. Instead, he's been just an impossibly welcoming personality, a friendly face to all who enter the space.

He'll be missed. Certainly. But the three-month sabbatical he's now taking before deciding what's coming next in his life is deserved. The guy's earned it. He did us well.

Last night at the Double Wide, his regulars tried to make sure he knew.

Yeah, it was sloppy…

A big, sloppy kiss of thanks. 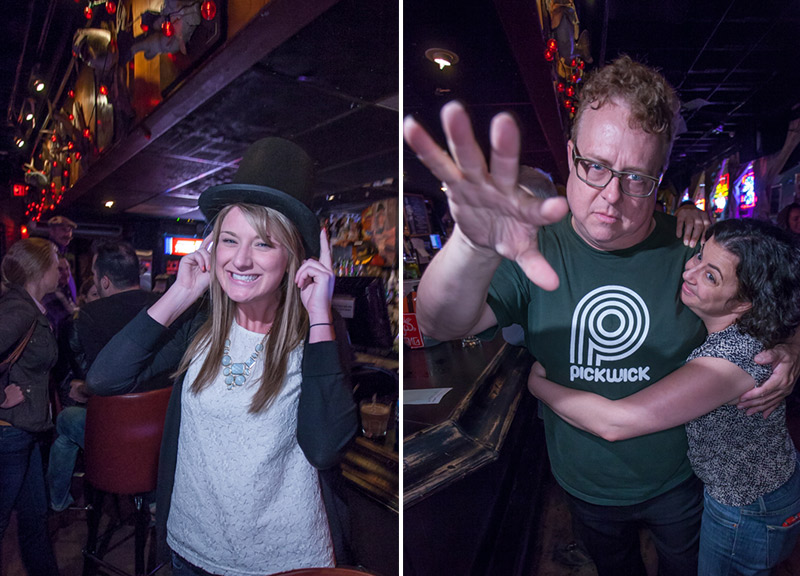 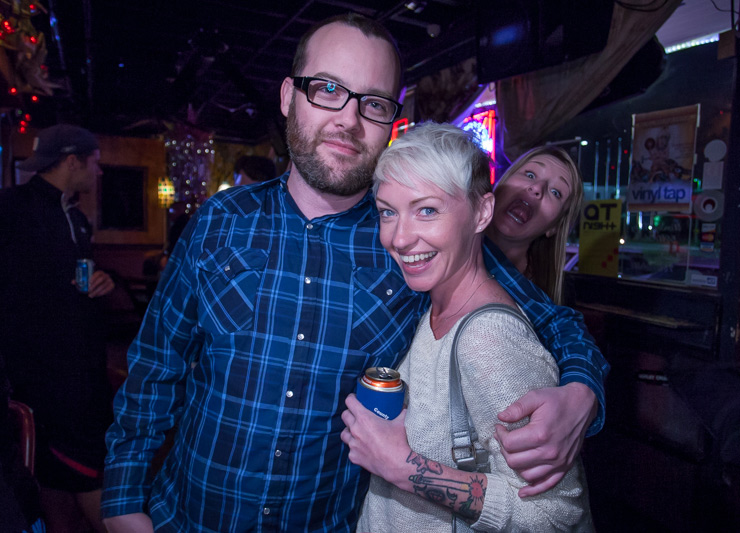 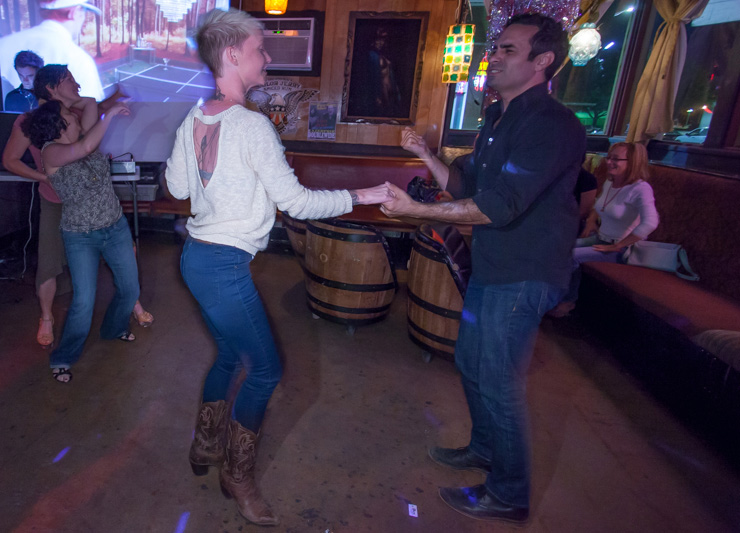 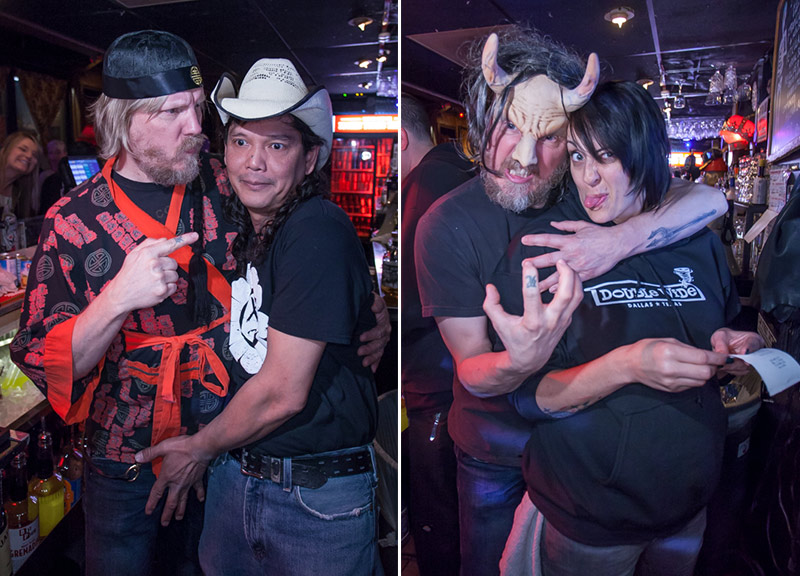 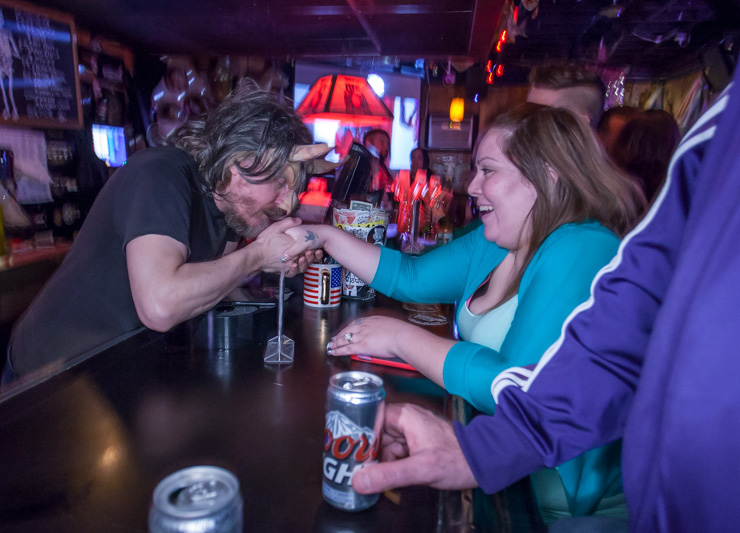 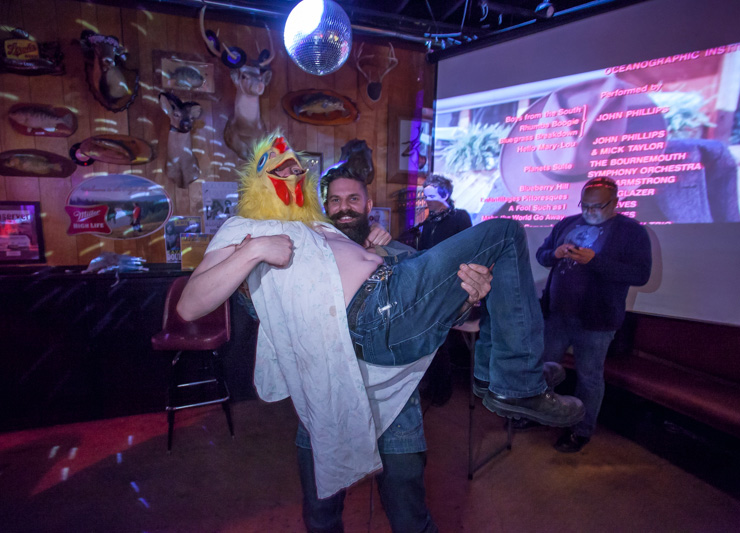 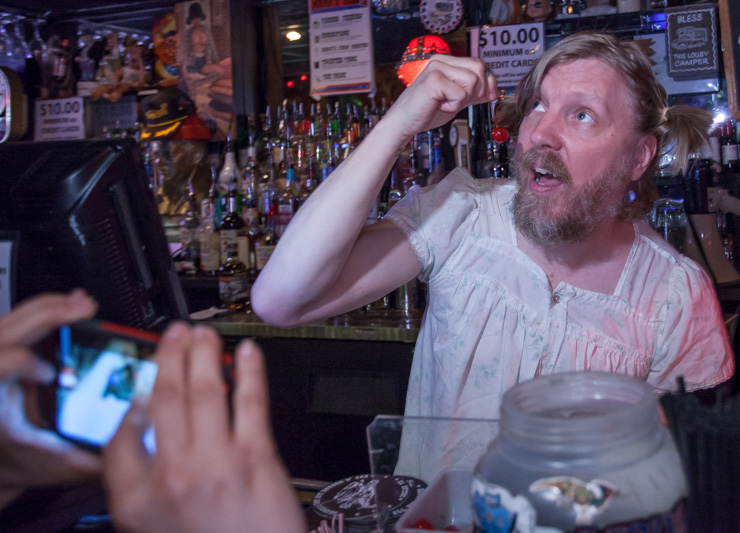 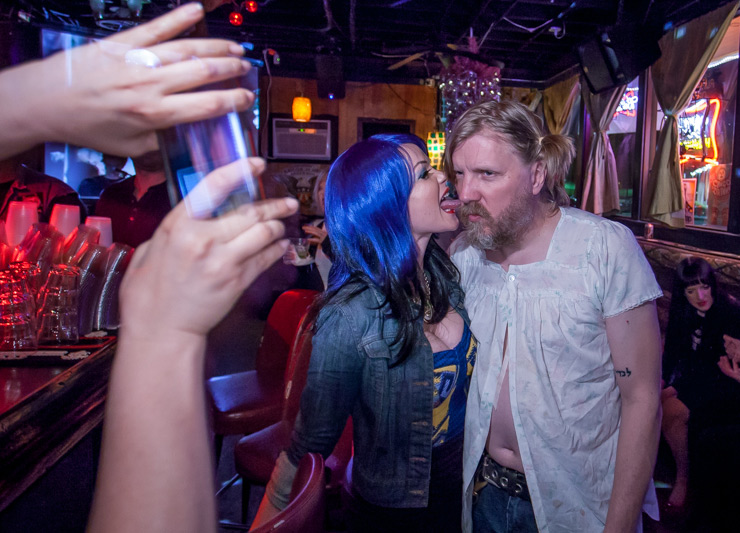 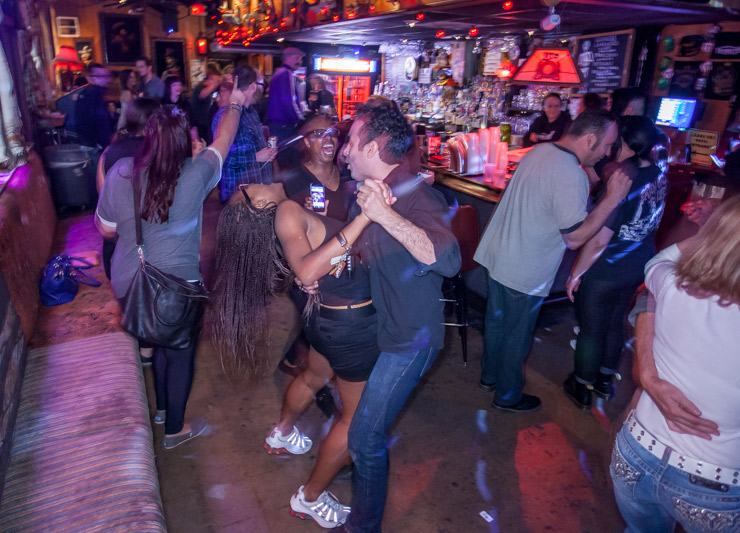 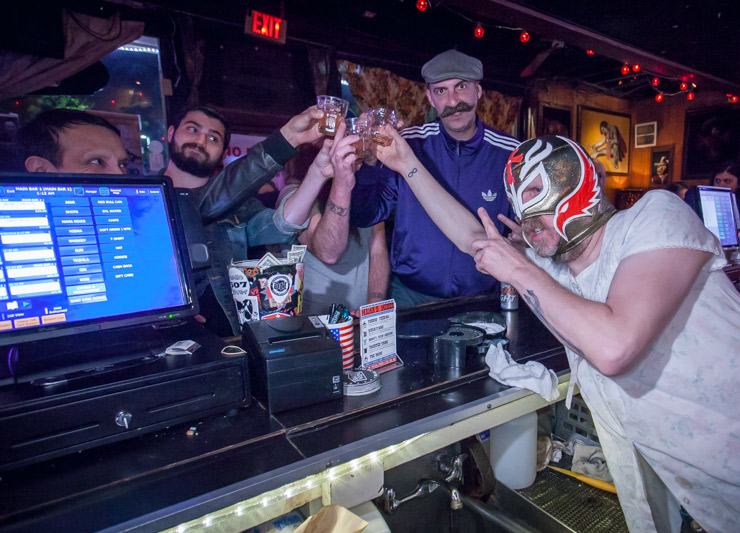 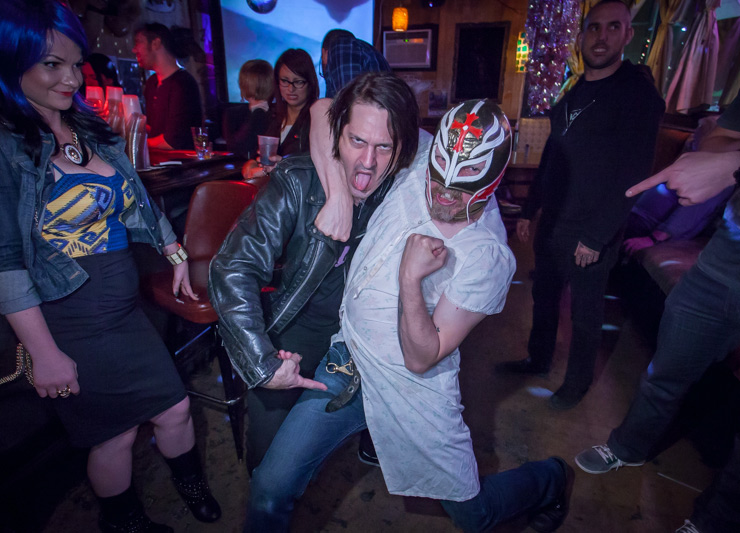 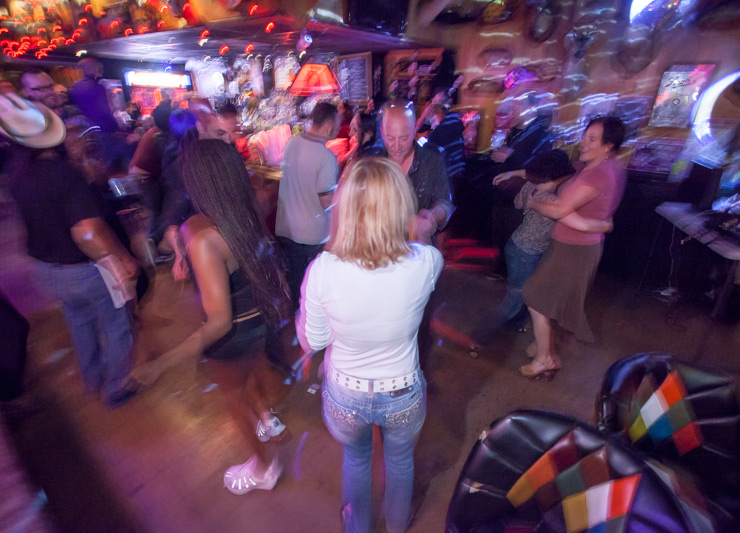 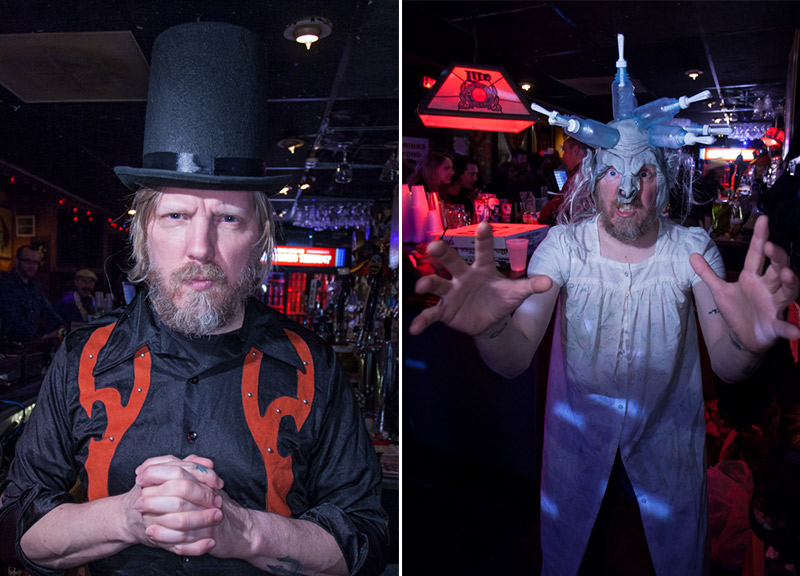 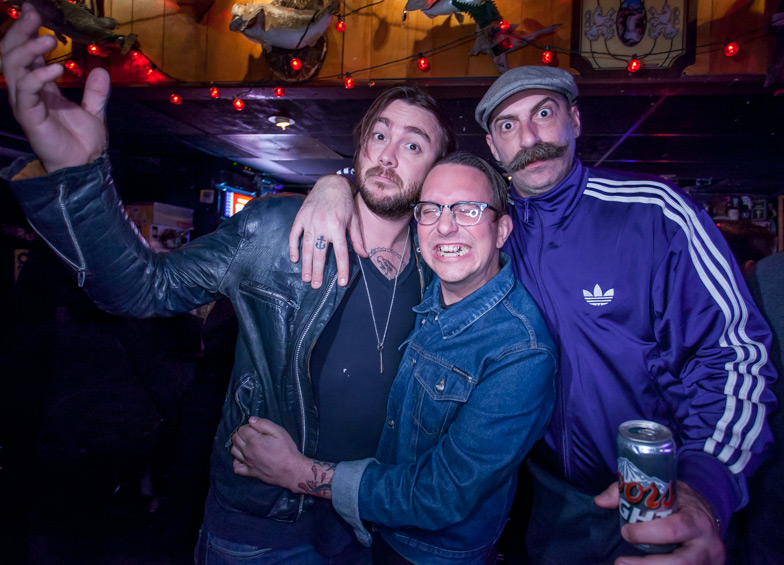 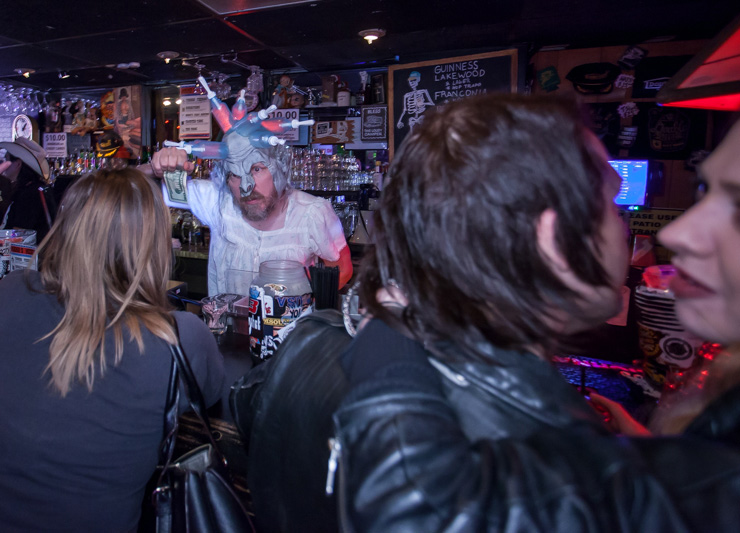 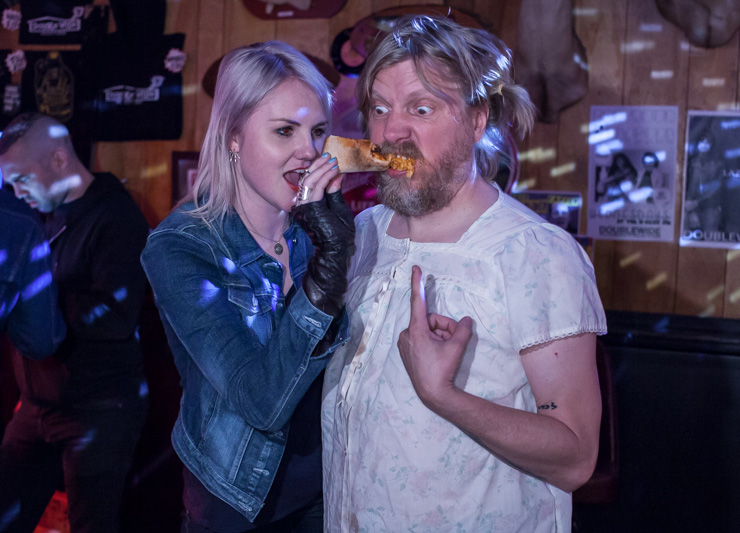 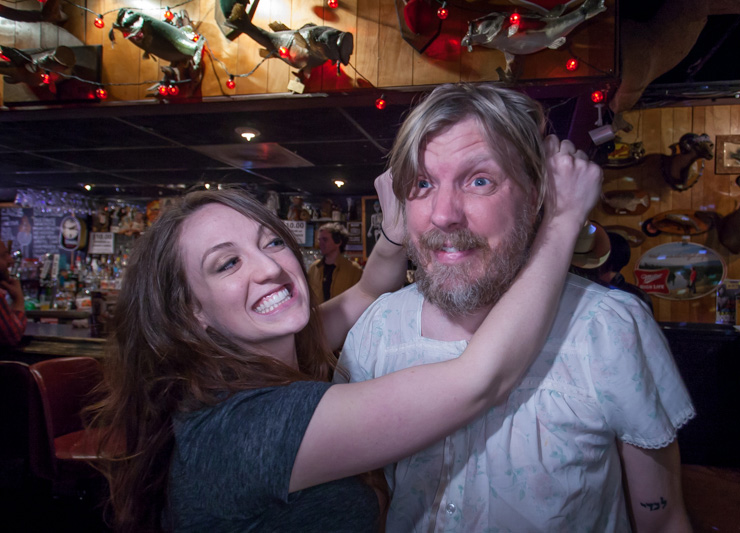 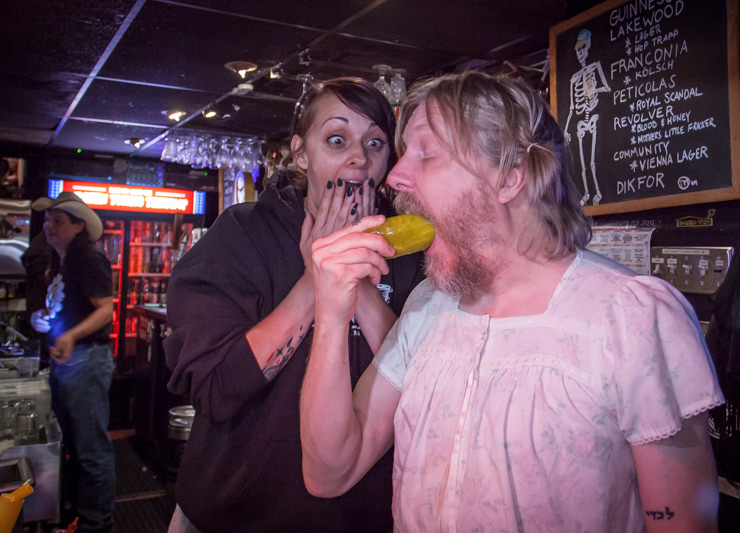