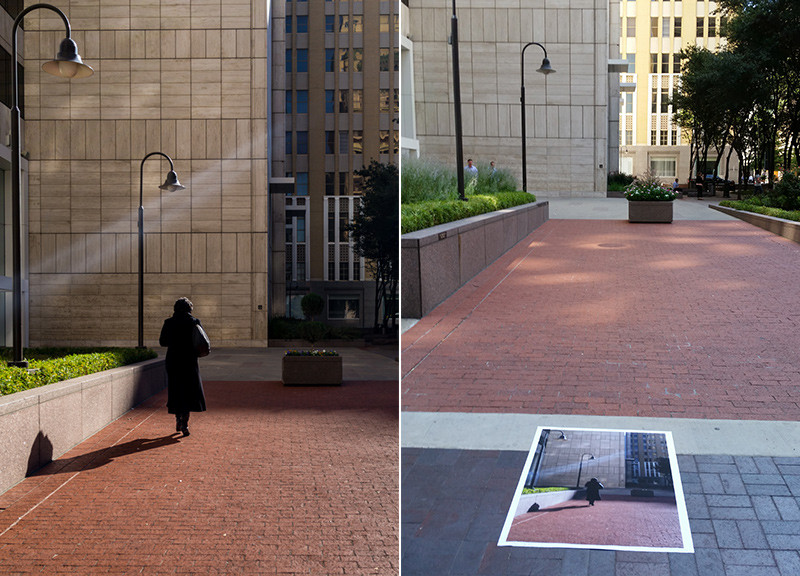 We Found Out The Identity Of The Guy Who's Been Anonymously Posting Photos Around Downtown.

Last week, we shared with you the story of an anonymous photographer who's been plastering Downtown Dallas with photos of the area in the hopes of changing people's perspectives on the spots they regularly see but rarely think about.

At that time, the photographer's project had achieved some moderate success: He'd posted three images around town — at One Main Place, at Henry C. Beck Park and at the Pearl Cup's Arts District location — and, by his estimation, the reactions these images had received from their unknowing audiences were just what they were supposed to be, which is to say that they elicited some thought, far as the photographer could tell from his vantage points.

On the other hand, each of those first three photo prints ended up being stolen within hours of their installation.

So kind of a mixed bag, actually.

Well, no, not really — and especially as the photographer's project, called “Observe Dallas,” has extended into its second week of installations.

Wednesday's photo placement (the fourth in the series, seen above) “received the most interaction yet,” the photographer reports. “It was [continuously] and heavily observed, talked about, photographed… The most gratifying part was seeing complete strangers talk to each other about it when they probably would've never spoken to each other otherwise, all while commenting and critically observing the space in front of them, pointing out details and such. It was an abundantly fruitful experience.”

So too, he says, was yesterday's placement (seen below) — even if an interaction with one of the photo's viewers resulted in the photographer's identity coming to light.

“[I ran] after the guy who stole it, just to interview him,” says the photographer, who now reveals himself to be Richard Andrew Sharum. “I let him know he wasn't in trouble or anything, but it was great getting him on film explaining what prompted him to pull it and walk off quickly.”

That footage, Sharum says, will be compiled into a short documentary on his project, which he says he'll screen at the formal exhibit for this project that'll be displayed in an area gallery come October. At that show, Sharum says, attendees will be able to purchase a limited number of aluminum prints of these works.

In the meantime, his “Observe Dallas” project will continue as planned. Below is the photo posted Downtown this morning.

Keep up with Sharum's work by following him on Facebook. 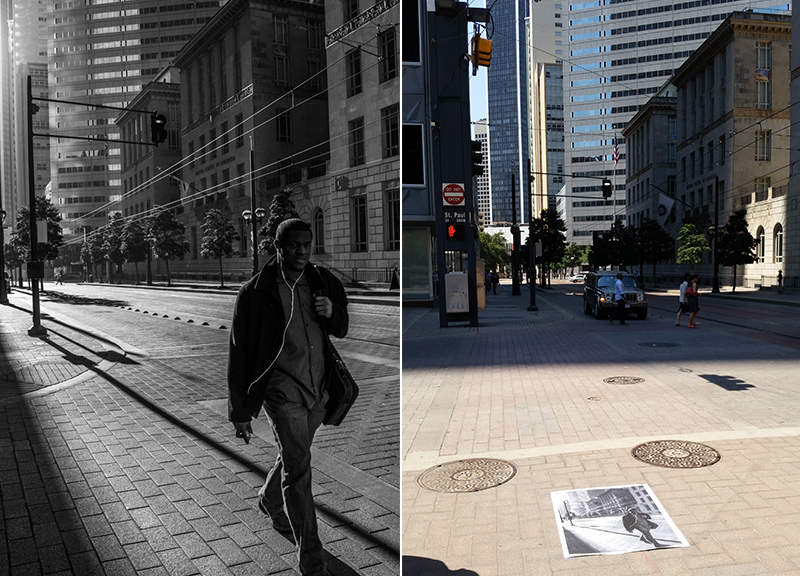 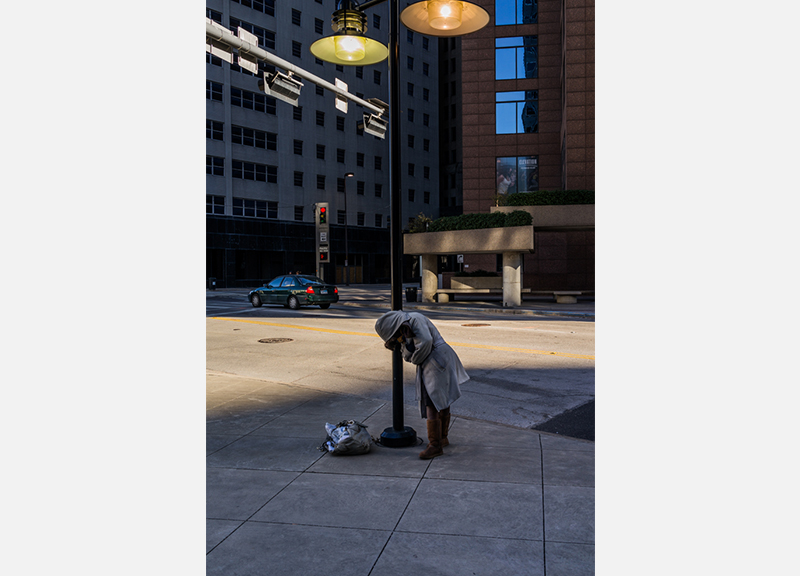