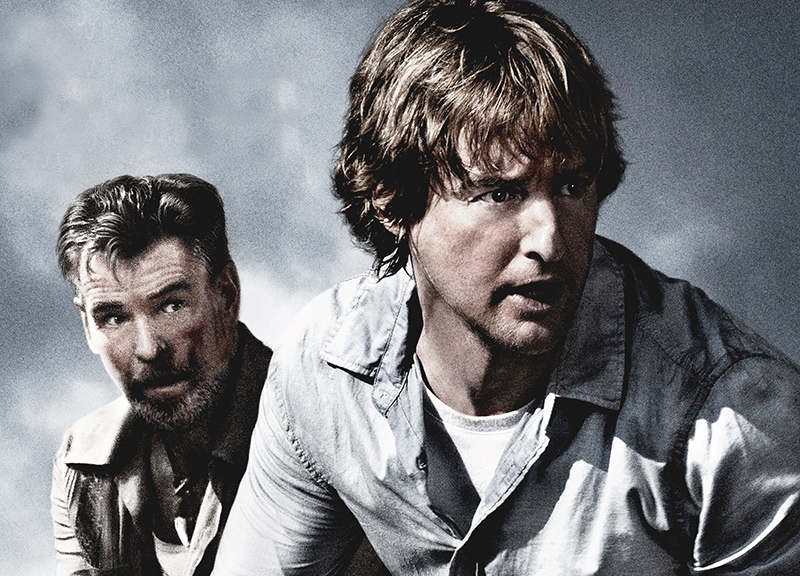 No Escape Is Better Than It Has Any Right To Be.

Brothers John and Drew Dowdle have a history of making movies better than they have any right to be. Known for their found-footage horror films — including Quarantine and As Above, So Below — they've now taken the leap into legitimately good movie territory with No Escape, a film that engages throughout by giving its audience very little breathing room.

Here, Owen Wilson plays Jack Dwyer, an Austin executive whose company gets bought out by a multi-national conglomerate. In order to keep his job, he has to pack up his family and move them to Southeast Asia. (The movie doesn’t exactly say which country, although, if it truly shares a border with Vietnam as the story implies, it can only be Cambodia or Laos.)

But just after Jack and his family's second day there, a bloody military coup breaks out, with rebels storming the hotel where the Dwyers are staying and executing Americans on sight. From then on, the film's a breathless journey toward safety, with each treacherous step a nail-biter unto itself.

What makes No Escape so effective is that Jack is neither a complete moron nor a total badass. He's simply in survival mode, adrenaline pumping the whole time. This is not Owen Wilson's John Wick; it's just him taking a break from comedy to do some well-crafted action.

Oh, and Pierce Brosnan shows up – sometimes too conveniently – as Hammond, a mysterious figure who befriends Jack on the flight over. He provides just the right amount of comic relief when the movie desperately needs a respite from the on-screen violence.

While there's a certain air of predictability and inevitability to the film, that doesn't necessarily make its scenes any less tense. (One example: A character gives one of Jack's daughters a necklace that will “offer her protection.” That character then dies within the next few minutes.) Meanwhile, the whole “What Would You Do?” quality that underscores the film will force audiences to shut off the parts of their brains that picks up on cliches.

So, yeah, No Escape works. And better than it should, really. It won't ever be mistaken for greatness, but it's a a brutal, effective thriller that's quite good at what it sets out to do.