The Dallas Mavericks' Bench Has Really Come Through Since The Rondo Trade.

Seems the Dallas Mavericks' trade for Rajon Rondo is paying off in more ways than most could have imagined.

Granted, there was never much doubt that Rondo would be a valuable addition to the team thanks to his all-star ability to run an offense and defend the perimeter. But it was fair to be worried about the damage that the trade would do to the Mavs' depth when the front office traded away three key cogs in the team's rotation: its go-to off-the-bench big man and the team's most efficient player in Brandan Wright; the defensive specialist Jae Crowder; and backcourt spark plug Jameer Nelson.

To curb some concern about the team's depth — especially in the frontcourt — there's been continuous chatter and speculation about the team possibly bringing in a veteran to help fill out the bench. And after flirting with — and seemingly dodging the bullet on — the idea of signing forward Josh Smith, one name that continues to come up is that of retired center Jermaine O'Neal, who played under head coach Rick Carlisle for the Indiana Pacers. But there doesn't seem to be any progression on that front at the moment. Just this past Friday, even owner Mark Cuban Friday noted that he hasn't heard anything from general manager Donnie Nelson on the matter.

“We're going to be a work in progress,” Carlisle too acknowledged this week when asked about his team's outlook for the second half of the season. “I don't ever believe that a team is just there — even when you get rolling and get your mojo going. There's always challenges to keep it going, and we're still working on really getting it going.”

One surprising strength of late, however, has been the Mavericks' bench, which is proving more productive and versatile than previously believed.

Over the course of this last week, rookie center Dwight Powell, the second player the Mavs acquired in the trade, in particular started to turn heads throughout the organization and fan base. His stat lines haven't necessarily been impressive by any means, but in his first significant playing time of his career against the Nuggets last Wednesday, Powell scored 11 points on shooting 62.5 percent shooting, while also grabbing five rebounds, two assists and a block. More important, though, was the athleticism and hustle the 6-foot-11 center displayed in that game. In turn, his effort earned Powell the backup center role in the Mavericks' next game, which also came against the Nuggets.

Here's the thing about that: Carlisle doesn't have the best reputation for playing young guys. So a rookie like Powell getting quality minutes in the team's last two games proves, perhaps, that this isn't just media hype. Powell's teammates, for their part, like what they're seeing out of his game.

“His stats haven't showed the impact he's had on the game,” Tyson Chandler said of his understudy after Friday's game. “He's really active — and fresh young legs are always good to have.”

By rising in the ranks, Powell has replaced Greg Smith, who became the team's backup center after the trade. In his role, Smith displayed a limited offensive set and failed to prove he was much more than a big, bruising body in the paint. But even that has value on this team — especially against an opponent like the one the Mavericks face tonight in the Memphis Grizzlies, which has been built around bulky big men Marc Gasol and Zach Randolph. Before Powell snagged Smith's minutes in the last two games, Smith, for his part, understood that banging around in the paint was exactly his role with this squad.

“My role is to be a bruiser,” he said last week of his position on the roster, “[and to] be ready any time my name gets called. You never know in this business. You might not play five games, you might play five games in a row. You might play 10 [minutes] in the whole game. But are you ready? That's what my whole mindset is. Just be ready. [Carlisle] said, 'We’re gonna need you certain games when we play guys that are big bruisers like Dwight Howard or Roy Hibbert.'”

But it's clear: Carlisle prefers big men who can score. Just ask Charlie Villanueva. Before the Rondo trade, Villanueva almost exclusively saw limited minutes in garbage time. Since the trade, the nine-year veteran has seen his minutes go up substantially. And he's made the most of the new opportunity, especially when considering that he was the last player signed to the team before the season started. He's certainly shooting the ball enough; as reported by ESPN Dallas' Tim McMahon last week, only Russell Westbrook and Kobe Bryant average more shots per possession than Villanueva does. Dirk Nowitzki likens Villanueva's role on the team to that of a “flamethrower,” and Villanueva's certainly not shy about shooting. Better yet, he's knocking down nearly 40 percent of his attempts, which has, in turn, helped the team stretch the floor on offense.

Like Smith, Villanueva knew when signing his contract that on-court opportunities with this team would come with patience — a sentiment also echoed by 14-year veteran Richard Jefferson, who similarly saw inconsistent playing time before the trade. Unlike Villanueva and Smith, however, Jefferson's time on the floor was blocked by somewhat of a logjam at the small forward position with Jae Crowder and Al-Farouq Aminu behind starter Chandler Parsons. With Crowder out of the way, though, Jefferson has provided smart defensive play and consistent shooting, especially from outside the arc, where he's hitting 42 percent of his shots.

“[The Mavericks] bring in people here, to their credit, who are professionals,” Jefferson said. “And that's something I pride myself on.”

Aside from a stay-ready-for-your-moment mentality, professional veterans in the locker room have another upside, too. For a rookie like Dwight Powell, who after being drafted 45th overall by the Charlotte Hornets this summer is now already on his fourth team, the veterans represent mentors who can not only help them get adjusted with the schemes, but can also assist him in getting acclimated to his new city. Just 24 hours after Powell was traded to the Mavericks and following a victory over the San Antonio Spurs, Jefferson, whose locker is right next to the rookie's, was right there, filling that role: He gave the car-less rookie a ride home and offered him help in securing living arrangements.

“I've been so blessed to be in this league for 14 years,” Jefferson said. “I was there when Kawhi Leonard and Harrison Barnes were rookies. So, anytime I see a young guy that has a question or they need anything, you just try to make yourself available. Tyson and Dirk do the same thing and try to keep that family, team atmosphere together.”

That kind of cohesion and professionalism off the court in turn affords Carlisle the chance to experiment on it. Thanks to his trustworthy bench, the coach has been able to trot out at 10-man, mostly position-less rotation. This is how we've seen guys such as J.J Barea play small forward or even Aminu logging time at center. It's all done in an effort to create mismatches.

And it's been paying off. The Mavericks are currently fifth in the Western conference with a 28-13 record that puts this team just slightly ahead of pace on the 2010-11 championship team. Sure, the Mavericks remain, as Carlisle puts it, a “work in progress.” But even with Rondo still finding comfort within the offense and Parsons working through a lackluster start to the season, the team's lineup flexibility — and, more importantly, the guys at the end of the bench's willingness to accept of their roles — is giving this team a variety of options to fall back upon.

“Sometimes you bring in veterans like myself and other guys that you know are going to work out [because] they're not going to cause any problems,” Jefferson said. “If you need them to play a ton, they're going to be ready. If you need them not so much over a couple games, they're gonna stay professional and keep doing the stuff they need to.”

All photos by NBAe/Getty Images. 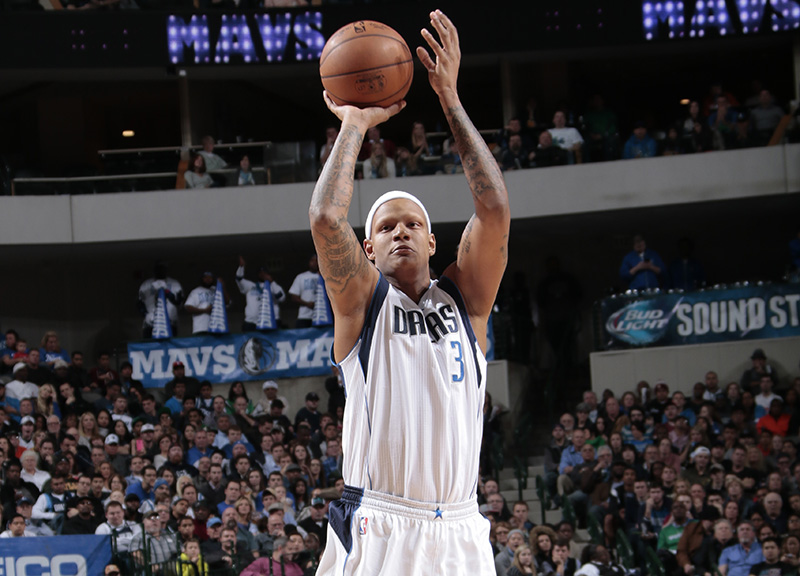 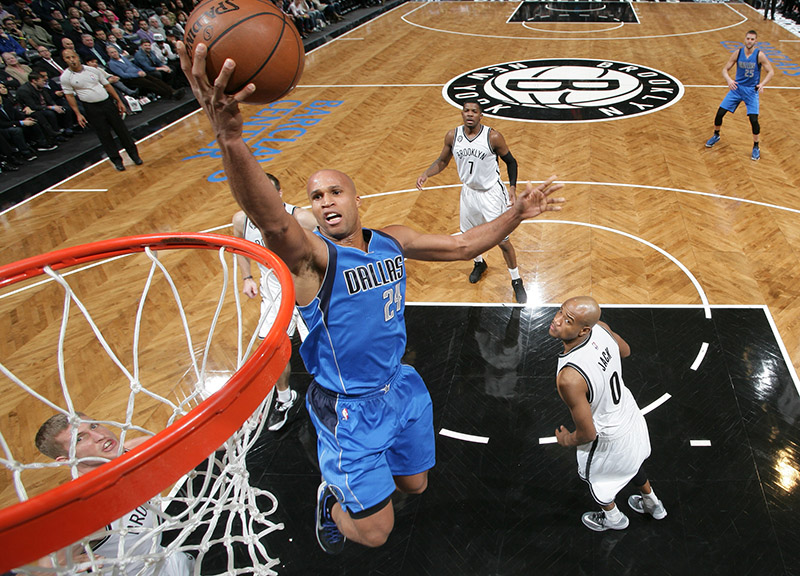