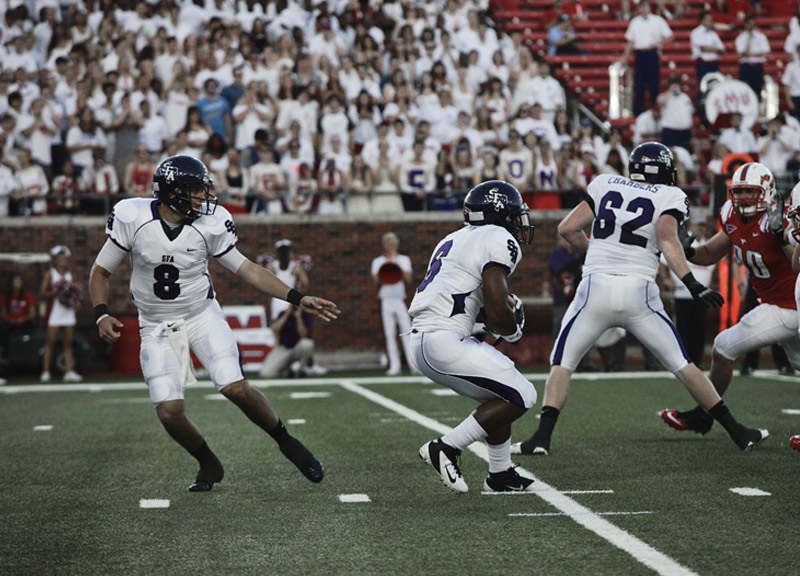 Southern Methodist University Football Took A Step Back Toward Relevance This Weekend.

Looks like the Southern Methodist University football program is on the precipice of something good. Finally, right?

After re-branding itself as Dallas' Team and raising the bar with record-breaking season ticket sales and personnel changes as the band readies itself for a move to the Big East Conference in 2013, it looks as if the team now has a player willing and able to strap the team to his back as he leads them forward. That player's name? Garrett Gilbert. A former Gatorade High School Player of the Year and star University of Texas recruit, Gilbert transferred in from Texas to helm Coach June Jones' high-powered, run-and-shoot offense as the team's new quarterback.

And, even in this, his first season with the team, there are high hopes for him.

“Garrett's been at a really high level since he came to camp,” SMU tailback Zach Line raved on Saturday night after his quarterback led the Mustangs to a 52-0 rout over Stephen F. Austin University in the team's home opener. “We didn't have much time as an offense with him, but I think he leads the huddle well, and he's done that from the get-go.”

Gilbert delivered capably on these high hopes on Saturday, completing 19 of his 36 pass attempts while throwing for 205 yards and a touchdown. And the gunslinger's cool-headed mentality indeed proved a welcome sight at Gerald J. Ford Stadium this weekend, as fans participated in a White Out, eager to greet the team and their new quarterback, even after the Mustangs had lost 59-24 at Baylor last week. Against SFU, the team looked much-improved, especially on the defensive side of the ball. The Mustangs' secondary looked particularly tenacious, snagging four interceptions off of Lumberjacks' starter Brady Attaway in the first half alone.

“That was definitely huge for us,” said junior corner Kenneth Acker, who returned one of those picks for a touchdown and also returned a blocked field goal for a score. “After the first lost, we felt like we weren't playing like ourselves. Coach just told us to relax, and go out there and play.”

And play they did: “It was fun,” senior defensive end Margus Hunt said after the game.

It certainly was for him. In the first quarter of the game, after SFU intercepted Gilbert, Hunt set the NCAA career record for blocked field goals, blocking the ninth kick of his career and stifling perhaps SFU's best scoring chance of the day.

“Whenever we had an opportunity to make plays back, we took advantage of them,” Hunt said.

That much is surely true. The defense would generate a total of six picks and four forced fumbles to go with a second blocked field goal from the special teams as the Mustangs registered their first home shutout since 1983.

And, though his completion percentage was just over 50 percent, Gilbert too looked good. At one point late in the third quarter, he rolled out of the pocked and to his right, commanding wideout Keenan Holman downfield before connecting with him on a gorgeous 38-yard pass to set up a field goal. He was helped in a big way by the running game, which too looked on point, as senior Zach Line pounded away for 60 yards on the ground and rushed for two TDs.

“We're not where we need to be exactly,” head coach June Jones humbly told a gathering of reporters during his post-game press conference. “But, hey, a win's a win, and in this business they're hard to get.” 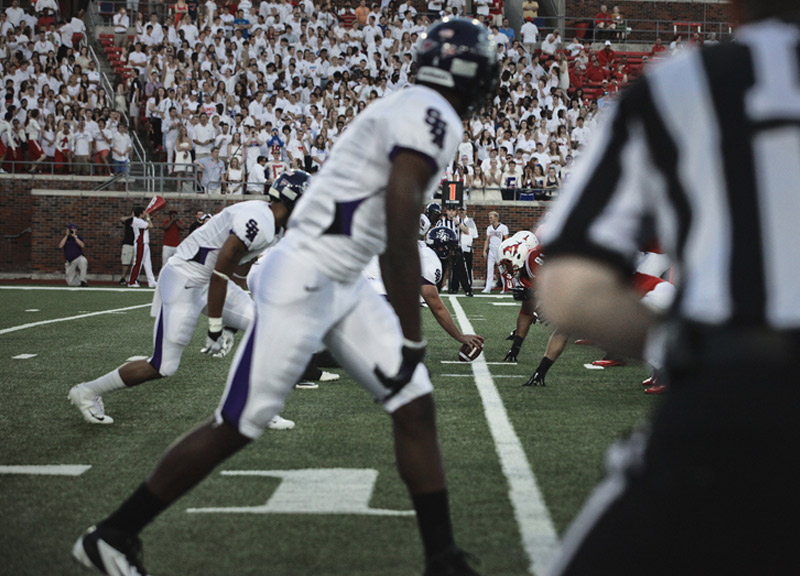 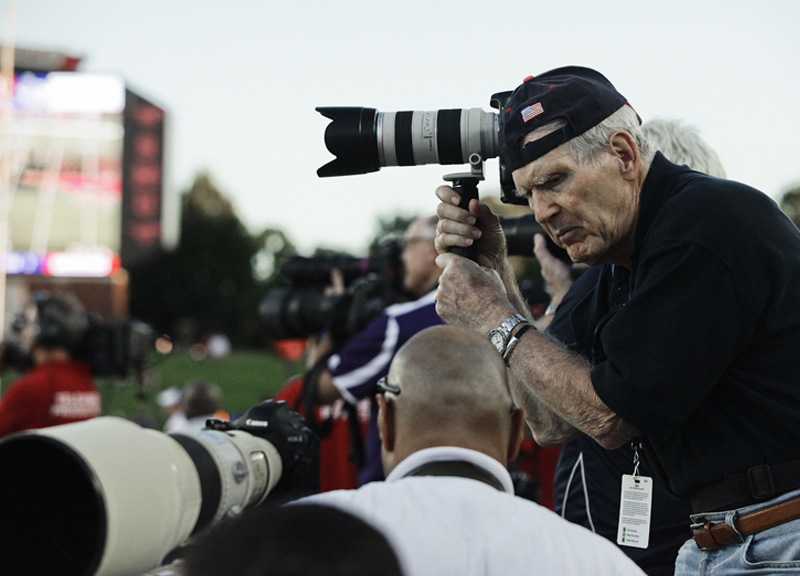 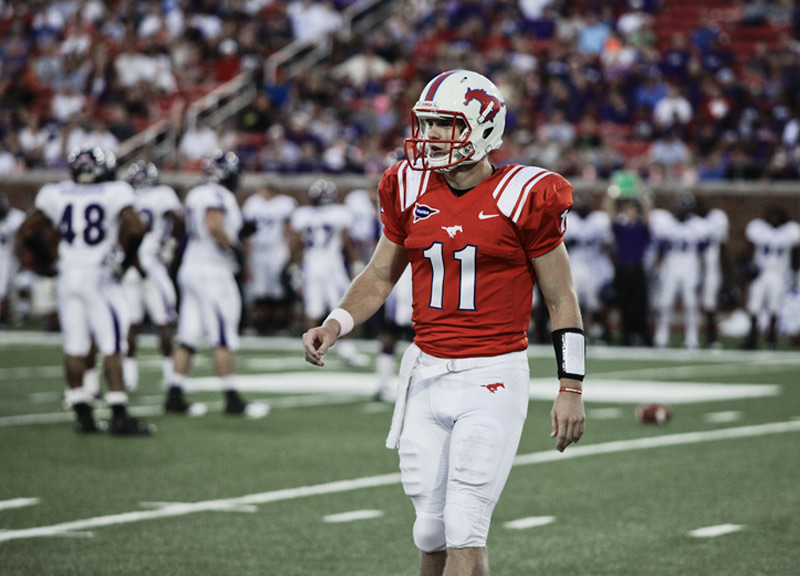 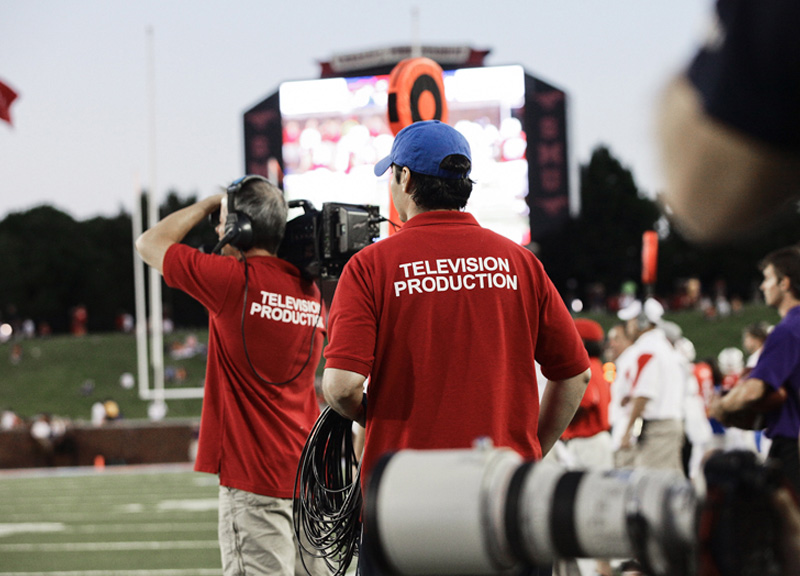 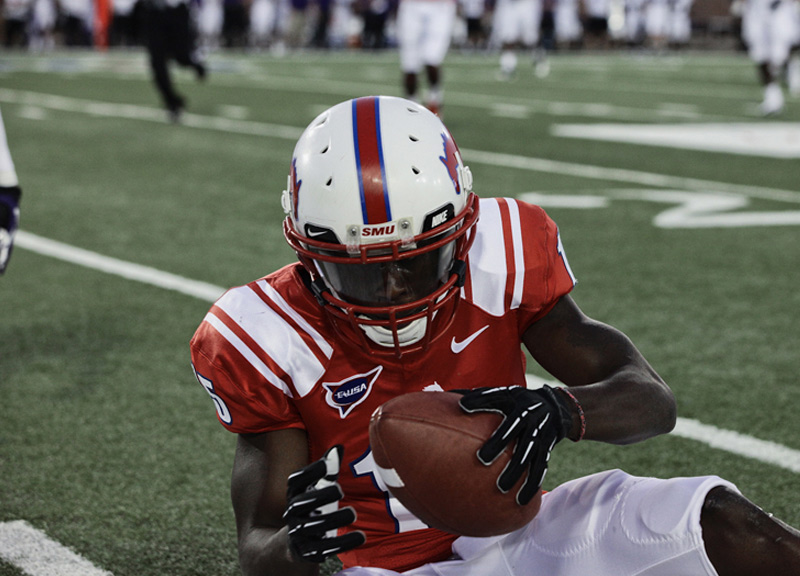 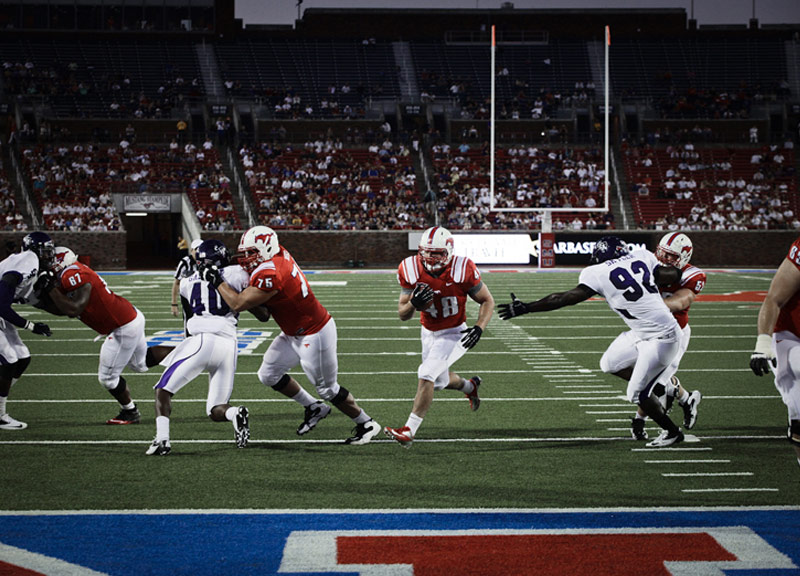 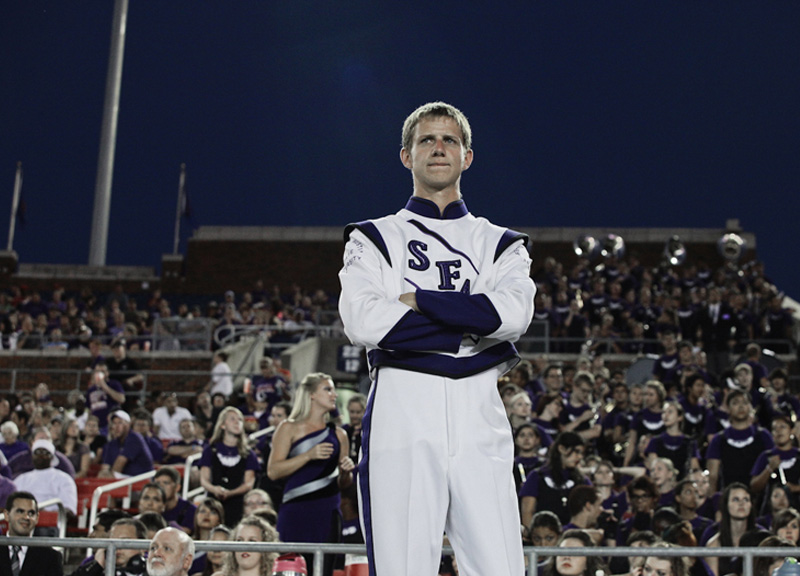 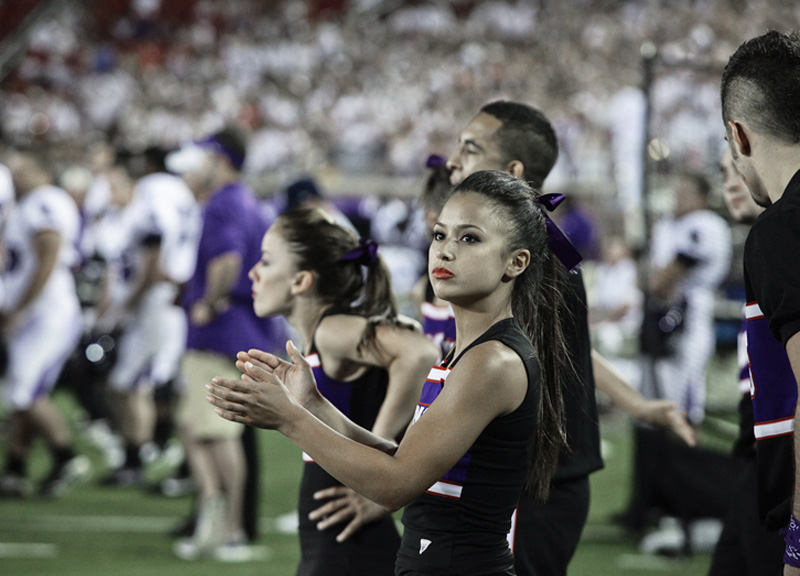 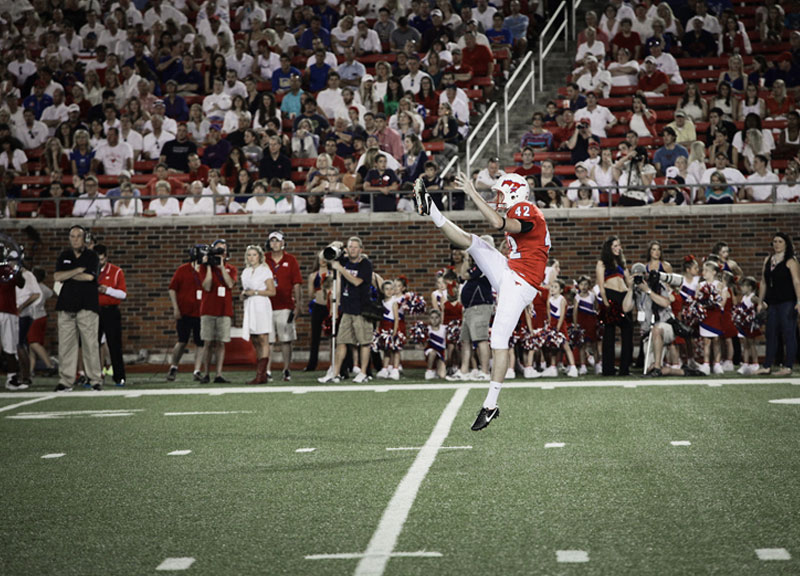 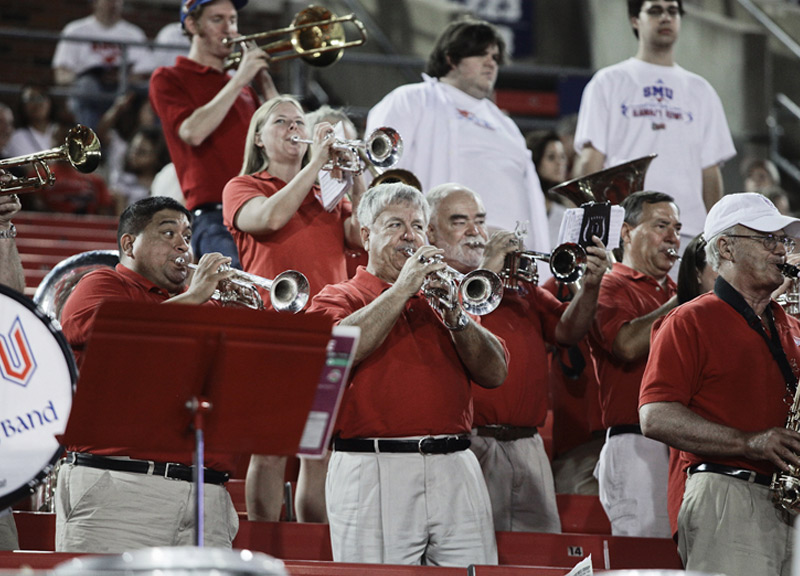 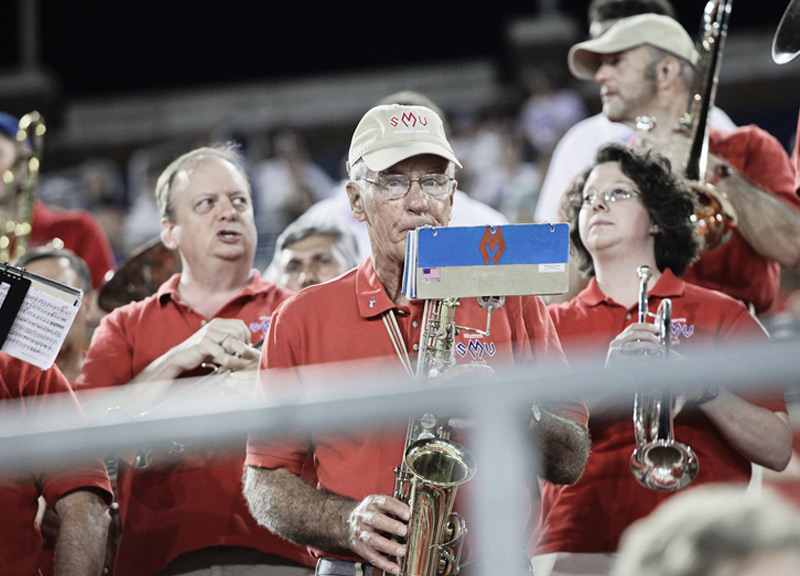 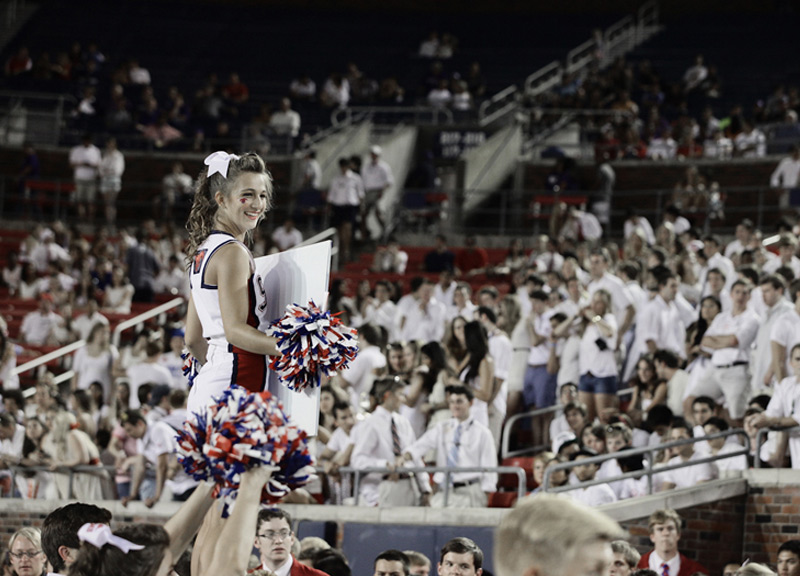 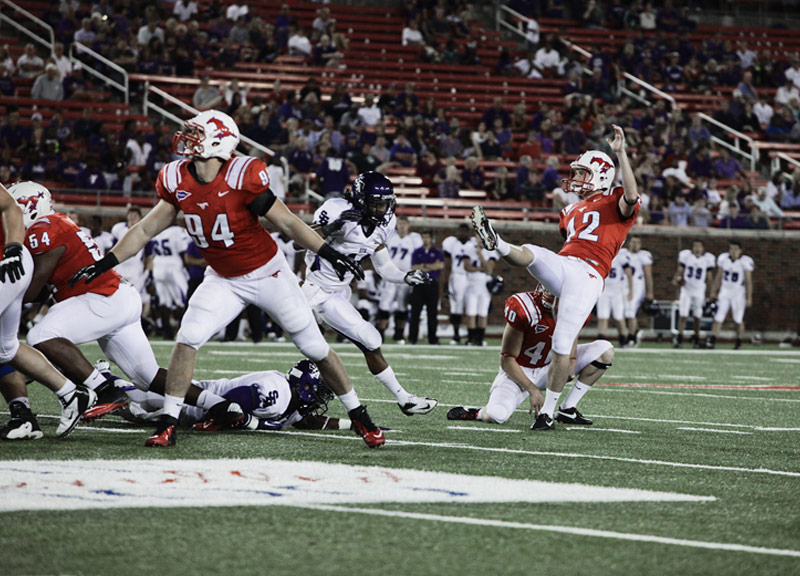 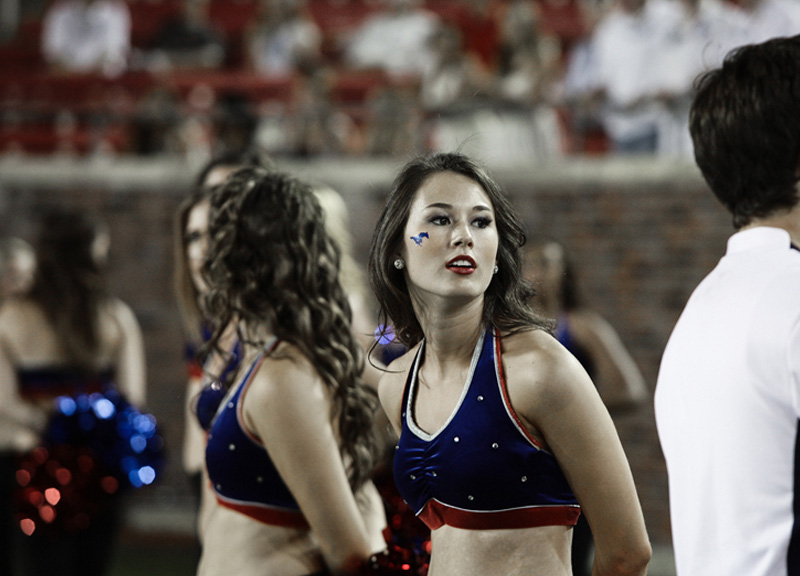 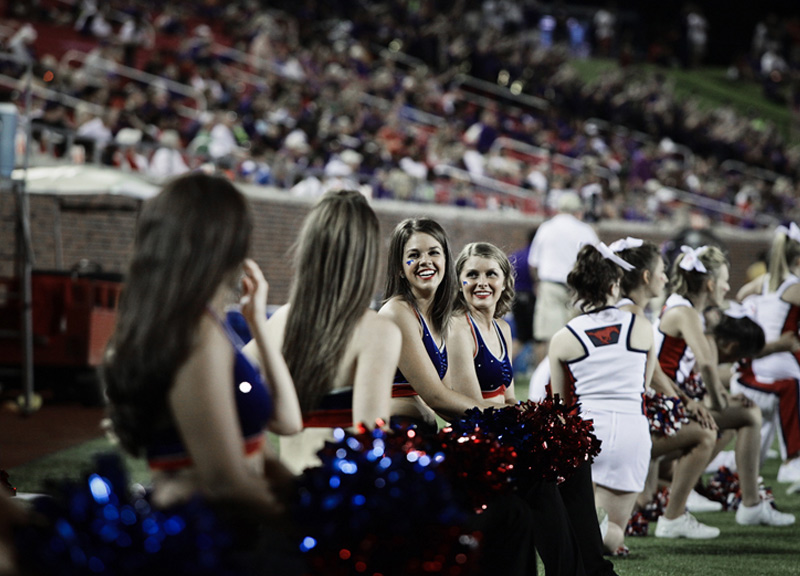 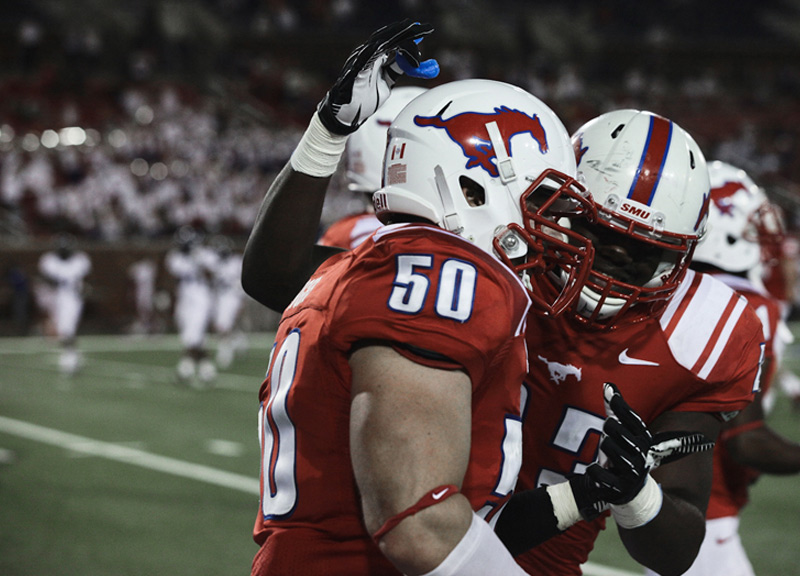 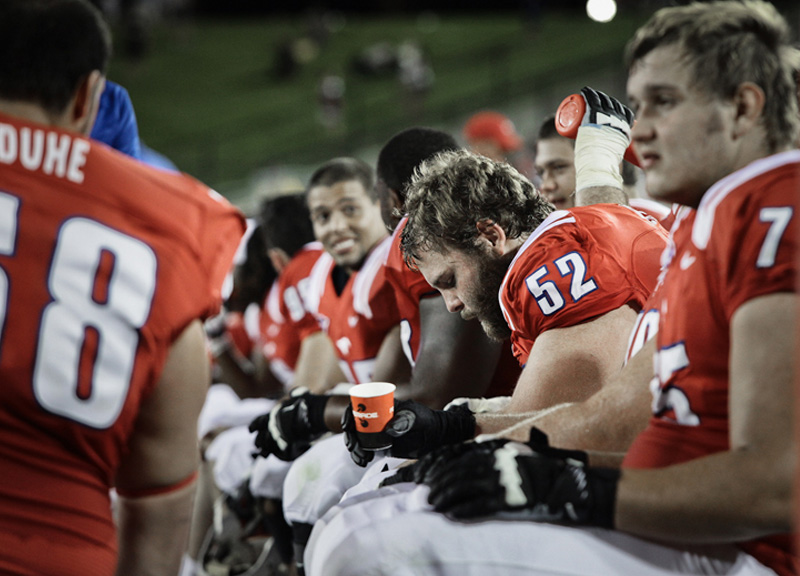 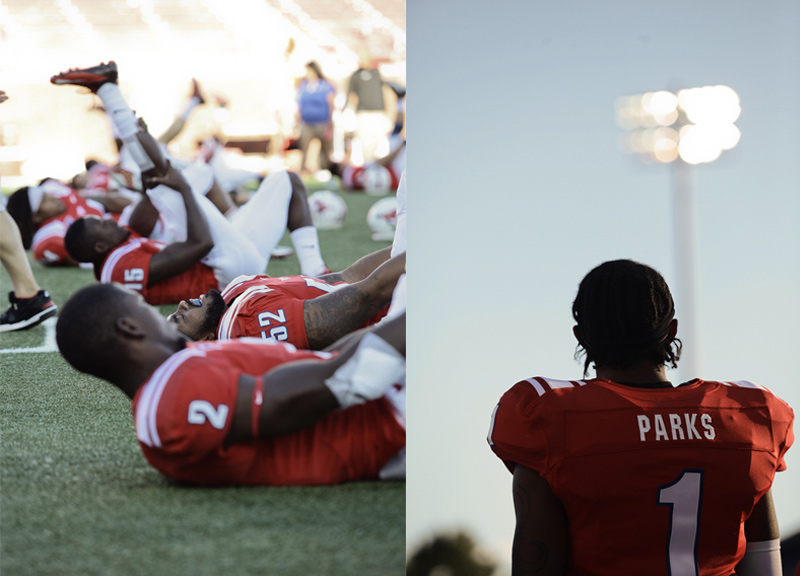