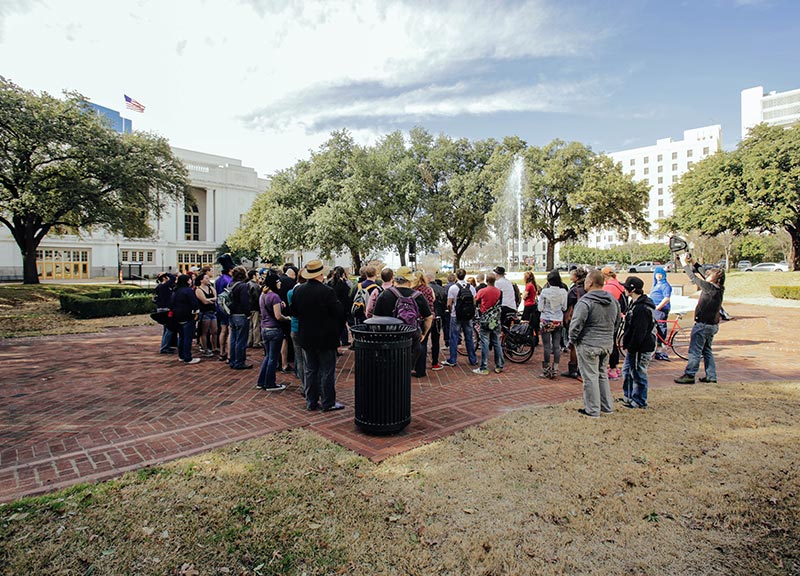 At 2 o'clock on Sunday afternoon, a large group of eclectic people gather around the Ferris Plaza Fountain in front of the Union Station. They're completely dressed at this point — the idea being that others might assume that some sort of a peaceful protest was being organized — but, before long, Kram Nalpak shows and all that gets set to change.

Nalpak walks and talks like a cowboy, which, if nothing else, means that people listen when he speaks. And, far as anyone can tell, he seems to be in charge of the goings-on at this now-annual No Pants DART Ride affair. An offshoot of Improv Everywhere's annual New York City-based subway flashmob, the Dallas version is essentially the same thing — thrill-seekers happily riding public transportation in their skivvies for little reason beyond a laugh — albeit above-ground, for the most part.

There's some confusion all the amidst the anticipation at Union Station, though. But Nalpak, to his credit, has some instructions. He divides the crowd into groups according to DART Rail color lines and leads them toward the loading docks inside. Participants are then instructed to only drop trou once on board and a few stops down the line — a synchronized effort that, once it takes place, appears to have happened through some kind of weird telepathic connection.

DART riders with actual destinations are overwhelmed, unsure of what the hell is going on. Jaws drop, questioning eyes widen and generally disgusted looks abound. Maybe the public wouldn't question the No Pants DART Ride participants if they were all underwear models. Alas, they are not. But they are a spirited lot.

And, hey, the police don't seem to mind. The officers happily greet all riders, pantsed or otherwise. It's hard to blame them for this soft reaction; it's tough not to smile at least some at this cheerful spectacle. Many participants have been anticipating for this yearly event for some time now, ready to show off their favorite cartoon or polka-dotted briefs.

Nate Miller rocks a pair of briefs that feature a repeating nut design. He's a fan of the event, he says — and especially so this year, as attendance appears up and the trains seem more crowded.

Later, the riders — as instructed — end their festivities at the Amsterdam Bar in Exposition Park. They laugh at their escapades and interrupt conversation only to pose for gratuitous ass photo after gratuitous ass photo. Some beg that we not share these photos with their spouses.

But a little skimpy dress is nothing to be scared about. Especially not when the weather's right, as it was yesterday. 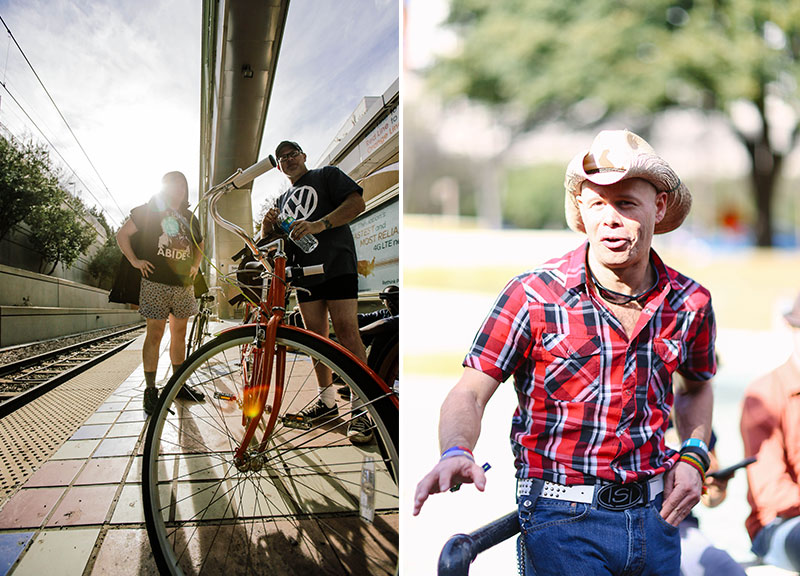 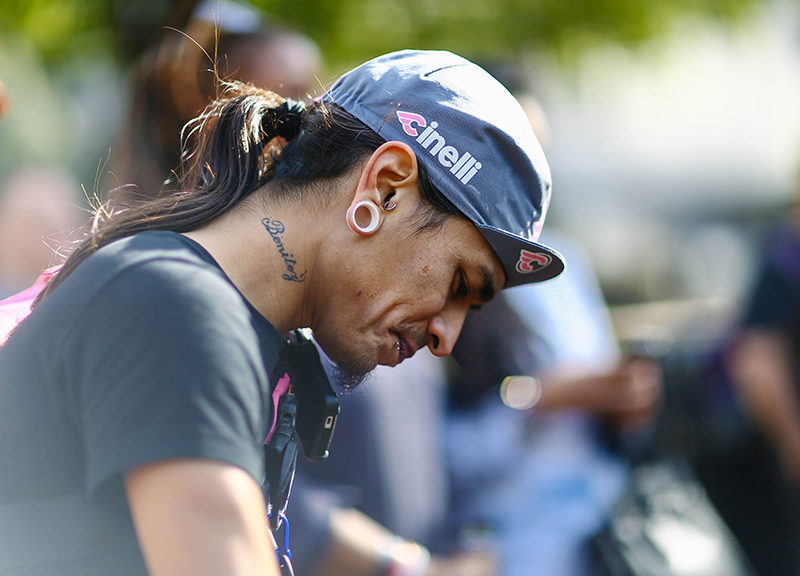 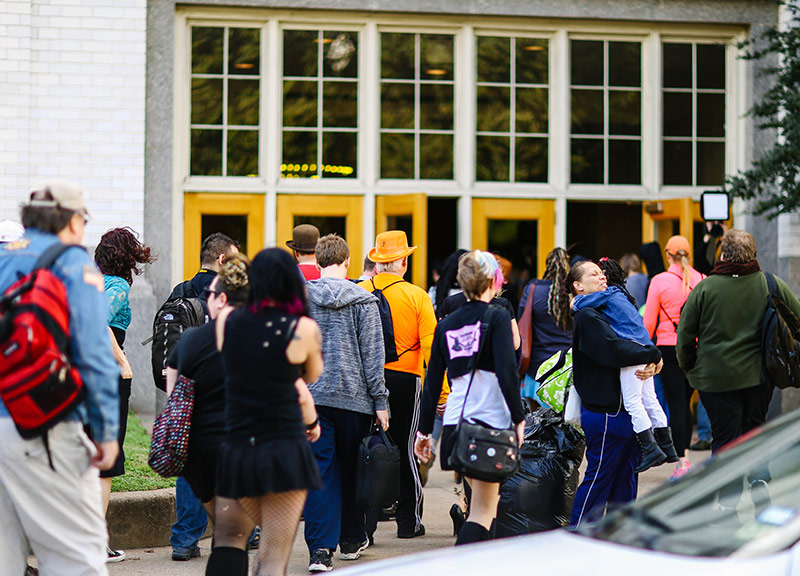 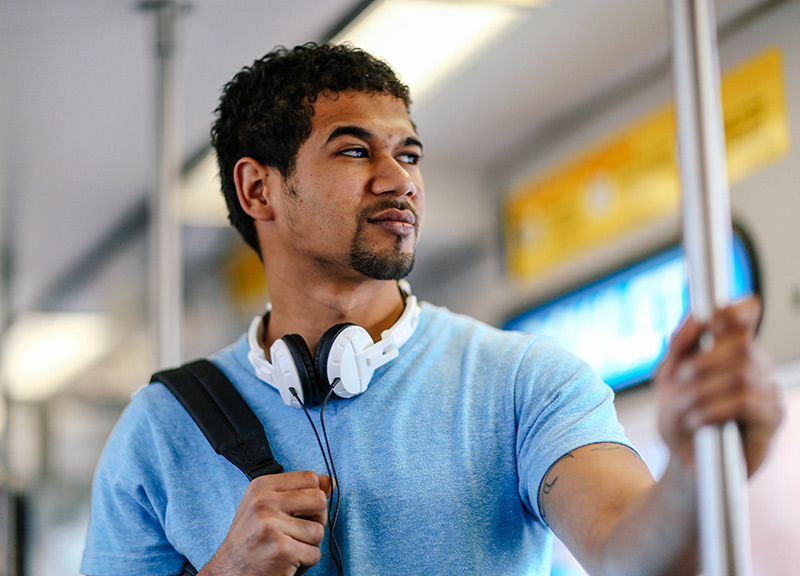 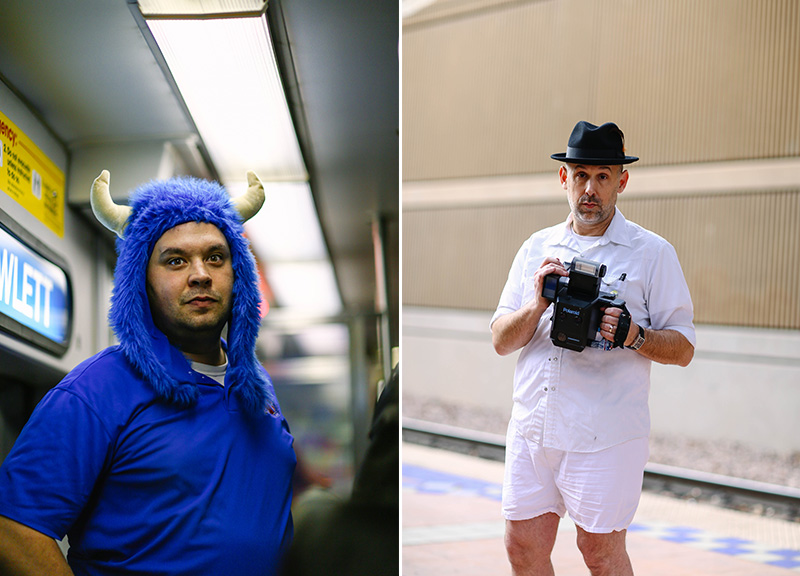 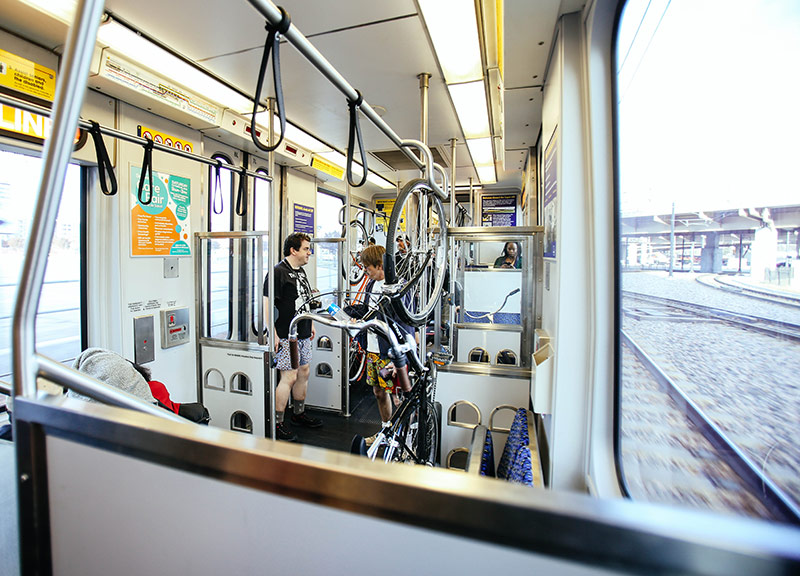 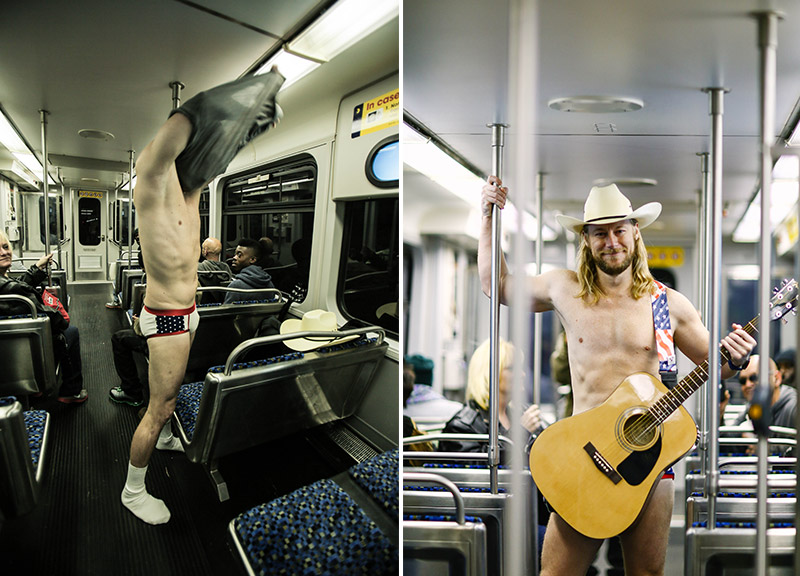 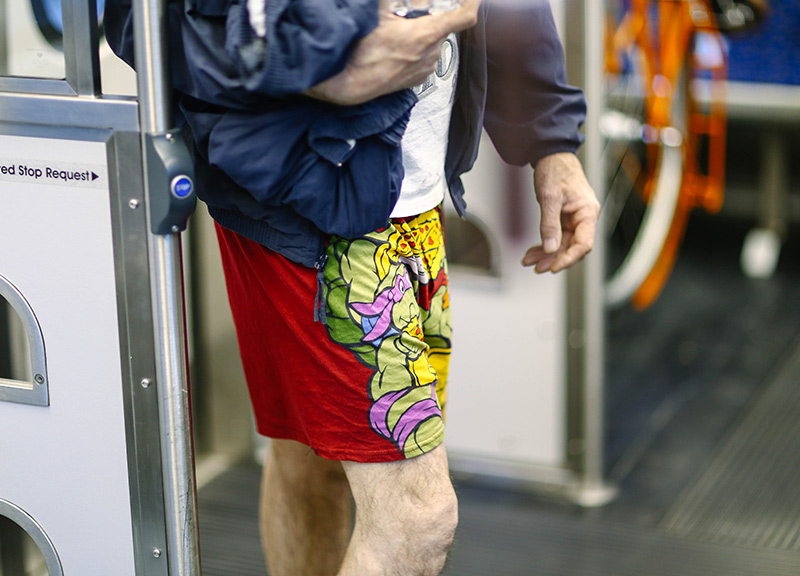 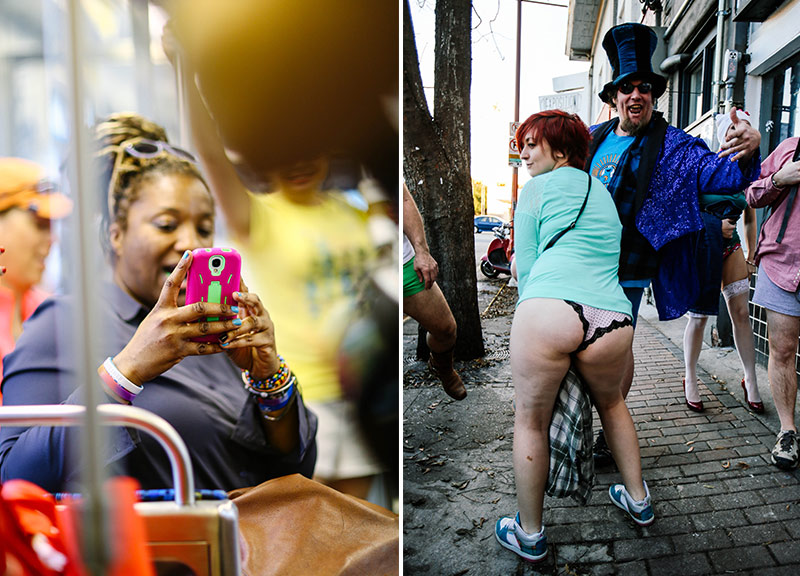 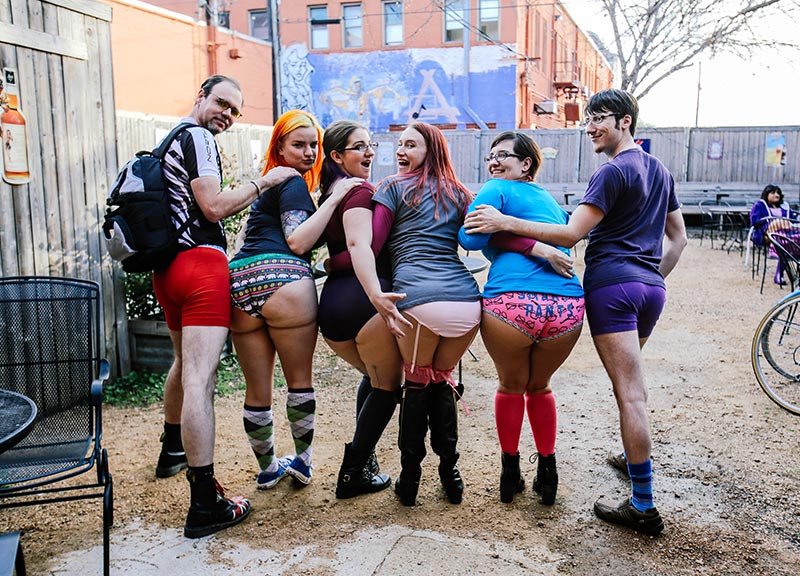 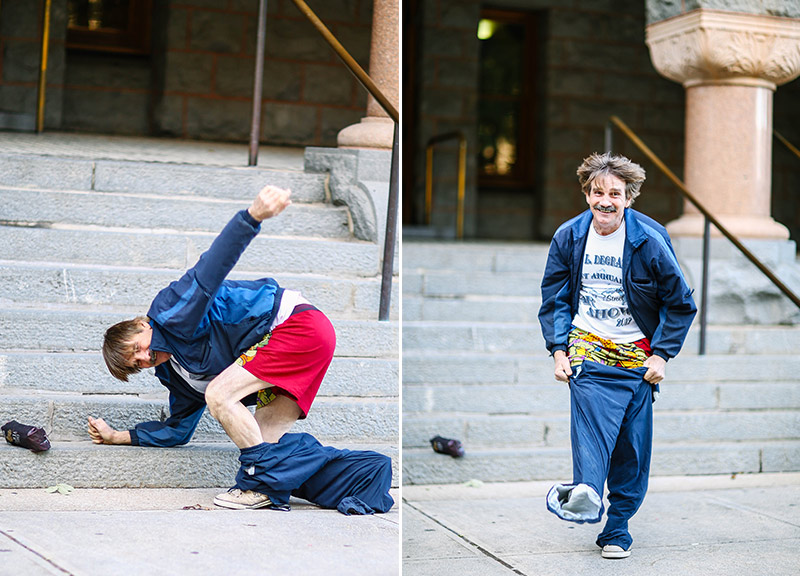 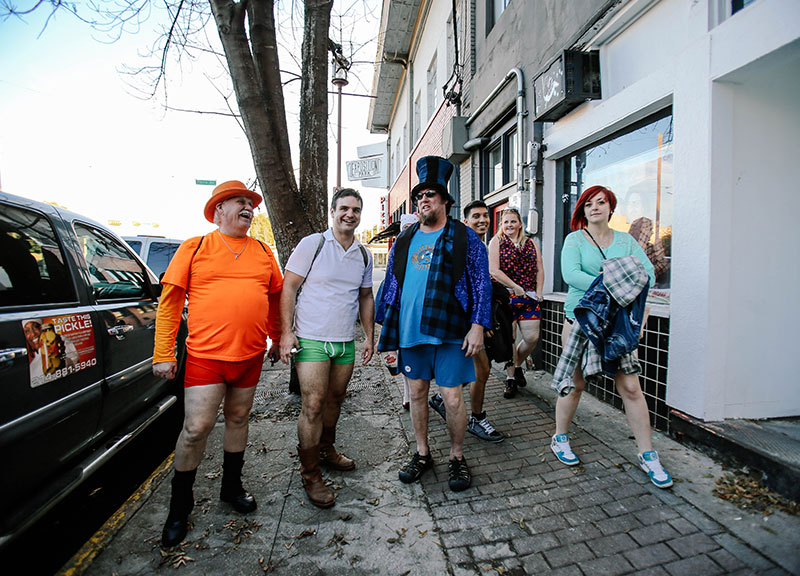 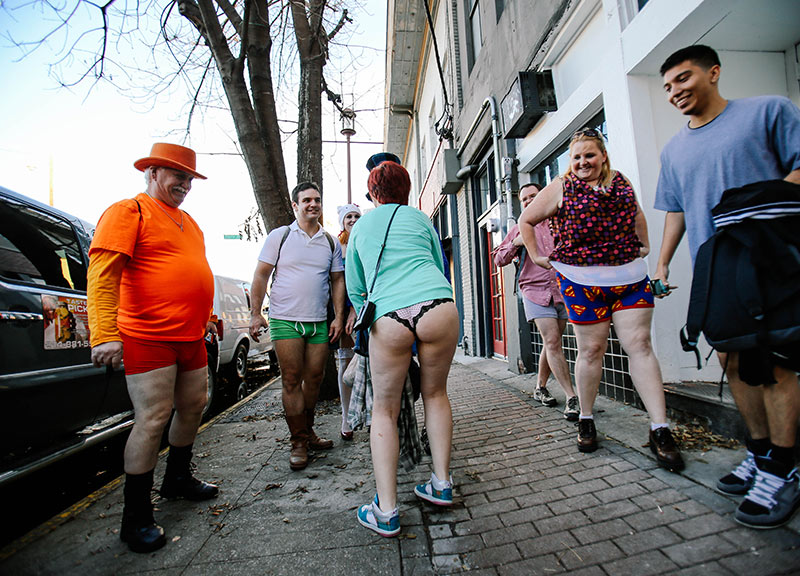