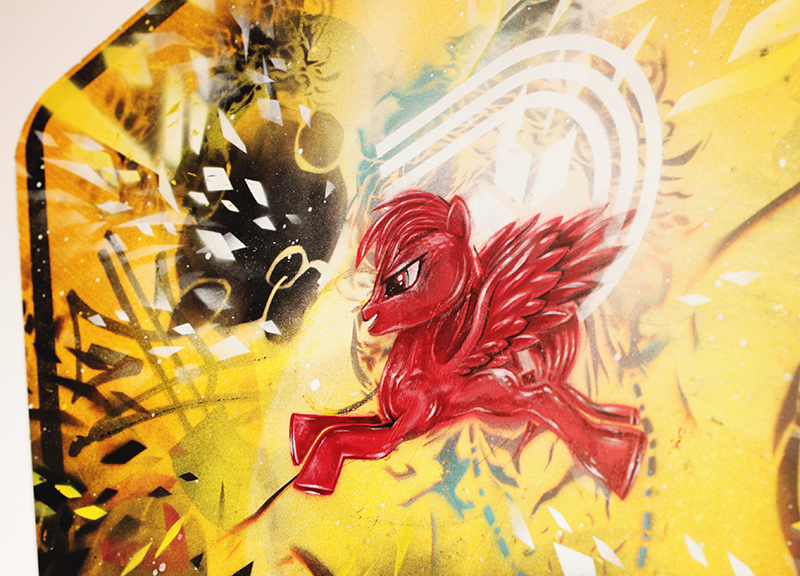 Scenes From This Weekend's Collect Respect Opening at WAAS Gallery.

Street art, as a whole, is a concept that flies in the face of convention. It can come from anywhere and it can happen anywhere, but it's the spontaneity of it all, the unpredictability of it all, that gives it its vitality, its joie de vire.

So taking street art and housing it in a gallery — even in one that fancies itself as vehemently forward-thinking a spot as South Dallas' WAAS Gallery — is an interesting idea, and one that, somewhat inherently, flies in the face of everything that the movement stands for. Or that it at least once did.

Of course, these are concerns for another day — and they really weren't the point of this past weekend's “Collect Respect” show at WAAS at all. Rather, this show, curated by the Los Angeles-based street art pusher Eddie Donaldson, seemed more inclined with other notions — concepts such as the perceptions of cool, the modes shared by street artists from various backgrounds and the beauty of unbridled creativity.

And it blasted these ideals out from each and every corner of the many rooms in WAAS' two-story space — and thanks to this show's basis, which asked many of the artists involved to take objects found in Dallas and incorporate these elements into their works, it did so to sometimes surprising effect. Be it through a series of increasingly warped parking meters, fresh takes on Dallas street signs or thoughts shared upon discarded paychecks from the Dallas of yore, the most obvious takeaway from “Collect Respect” was far less about the similarities that artists share, but the interesting, disparate ends these artists sought when provided comparable means.

But more interesting, arguably, were the works that came without found objects employed in their media, the ones in which artists from elsewhere did their best to capture their impressions of Dallas and Texas from afar. Among the most interesting of these representations? French artist Sebastien Walker's vision of a psychedelic longhorn, and a twisted, perhaps demonic, train illustration that recalled an album cover — a piece that, fittingly, came from noted album cover designer Jim Evans, whose work includes the Beach Boys' logo and the cover for the Beastie Boys' Ill Communication. Compared to the less location-derivative pieces from such local participants in this show as ARMA of Sour Grapes or even DJ Sober, these pieces provided considerable insight into the external perceptions of Dallas — something that, interestingly, this show aimed to somewhat turn on its head.

And that's the push and pull of “Collect Respect.” It's a show that pushes things forward while comfortably fitting other things into a predetermined box. Conversely, it's also a show that aims to break down walls while at the same time offering some a retrospective on street art's progression.

It's a bit of a paradox in that regard. But the show, which will remain up and on display through this weekend's Deep Ellum Art Walk, impresses in that it somehow finds a way to turn this complexity into an advantage.

Huh. Perhaps “Collect Respect” flies in the face of convention after all.

First three photos by Pete Freedman. The rest are by Kathy Tran. 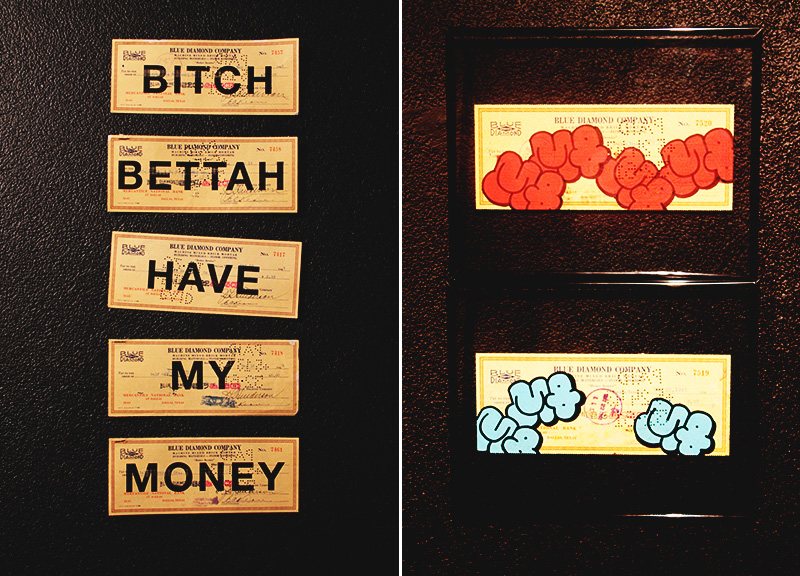 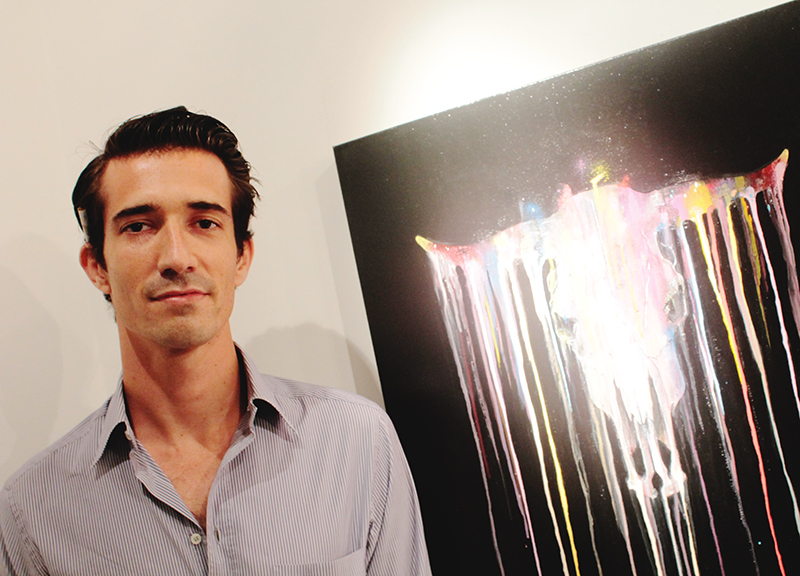 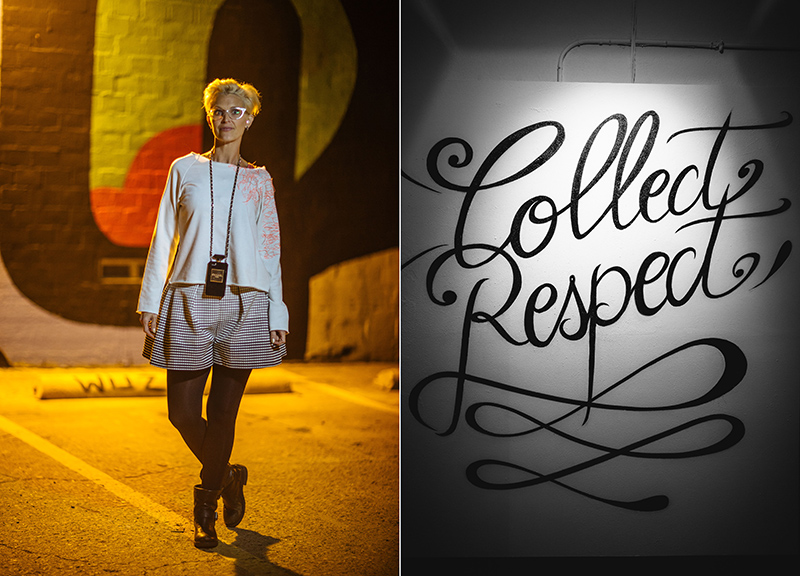 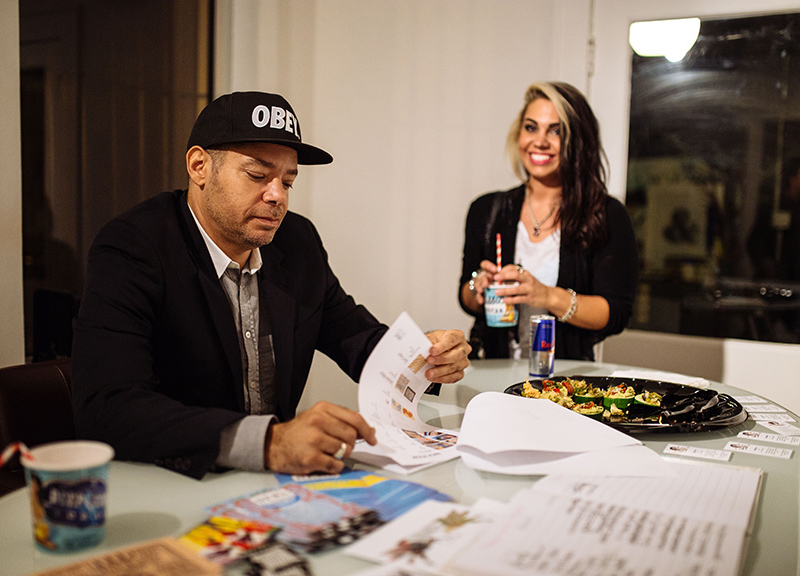 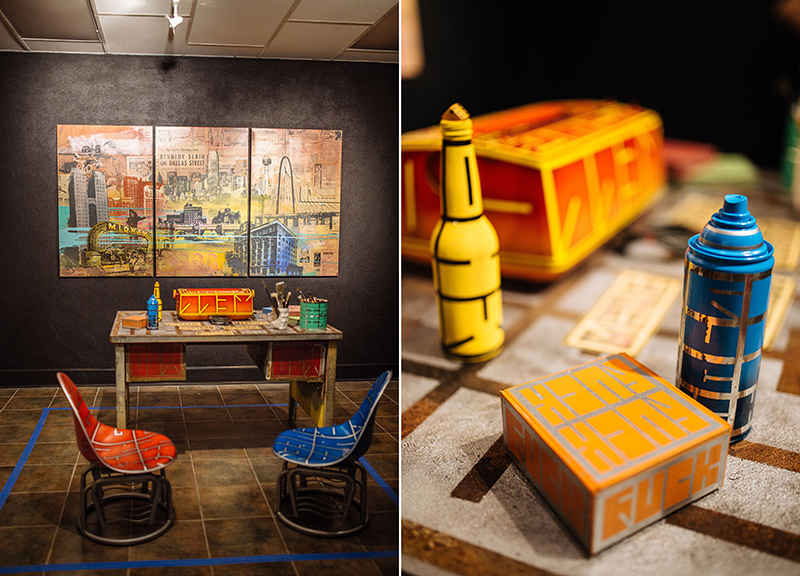 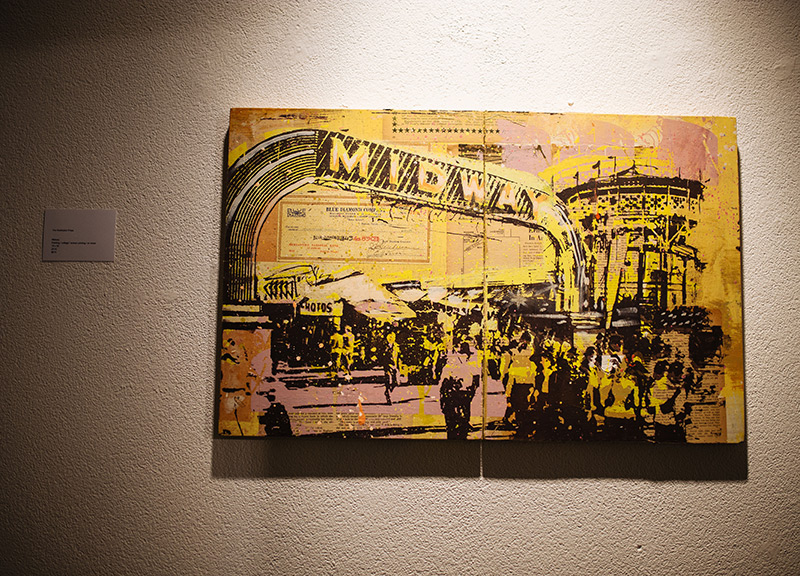 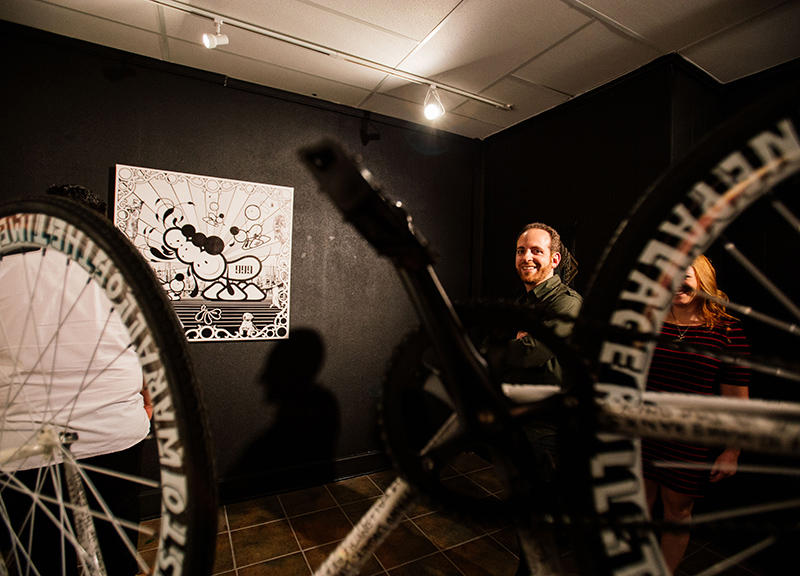 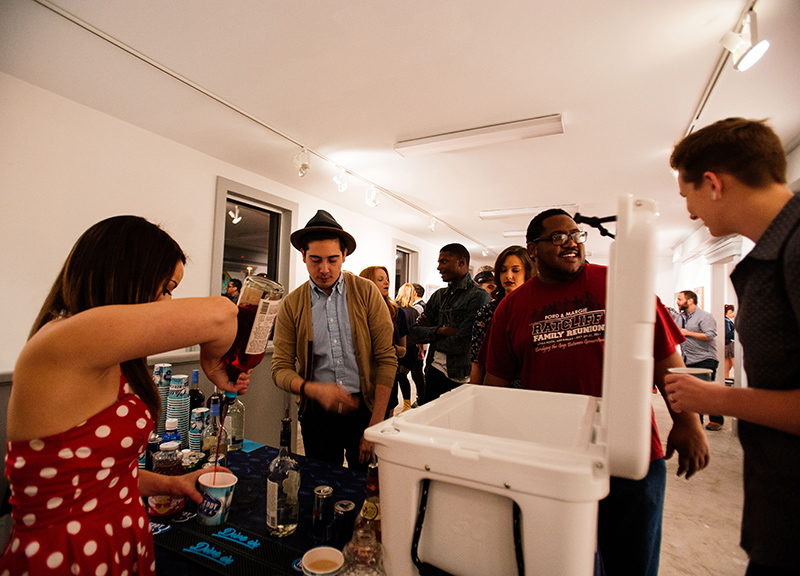 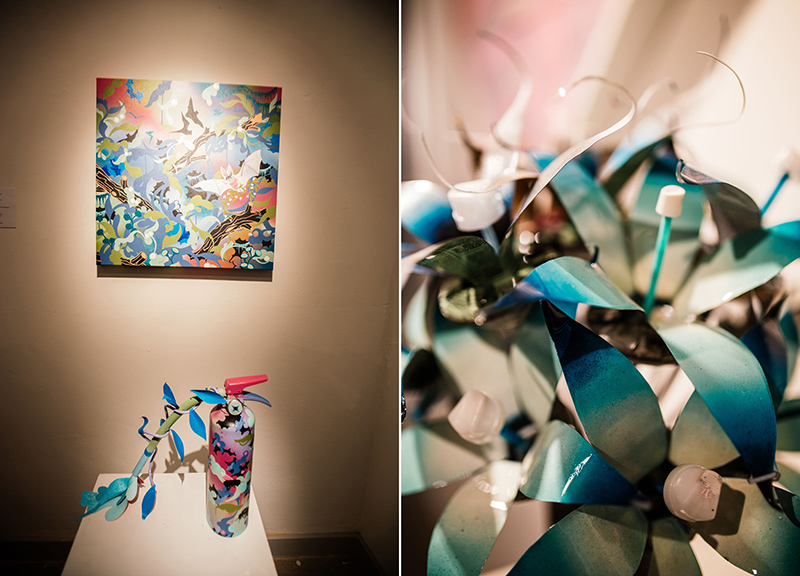 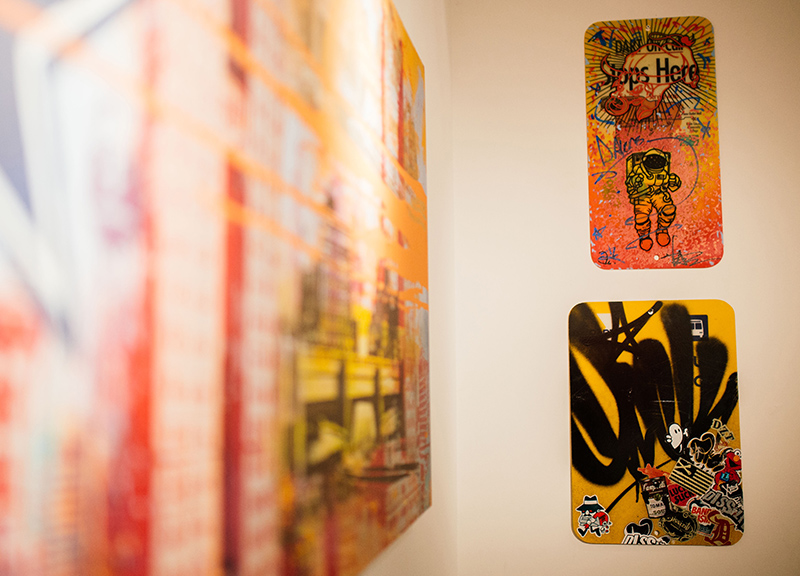 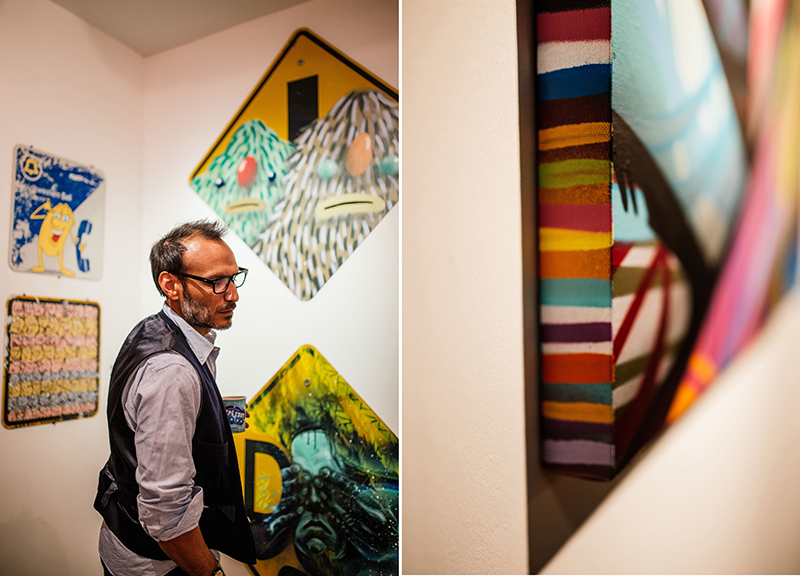 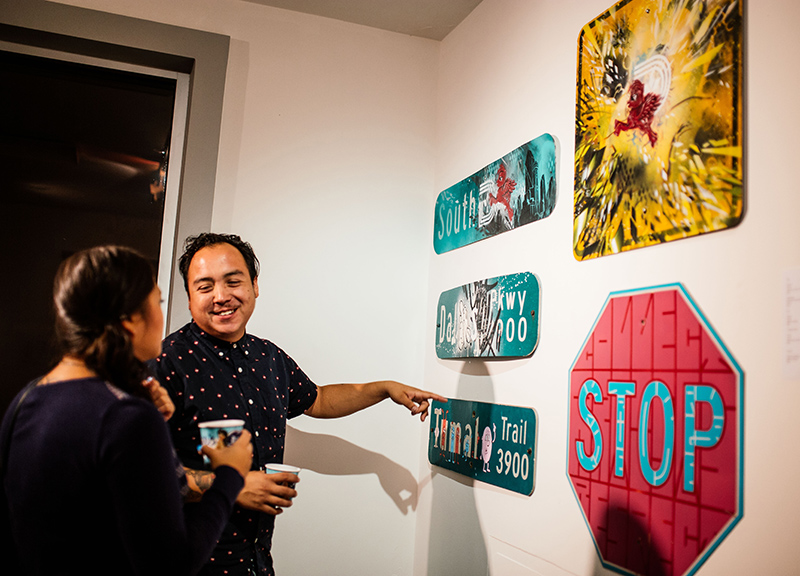 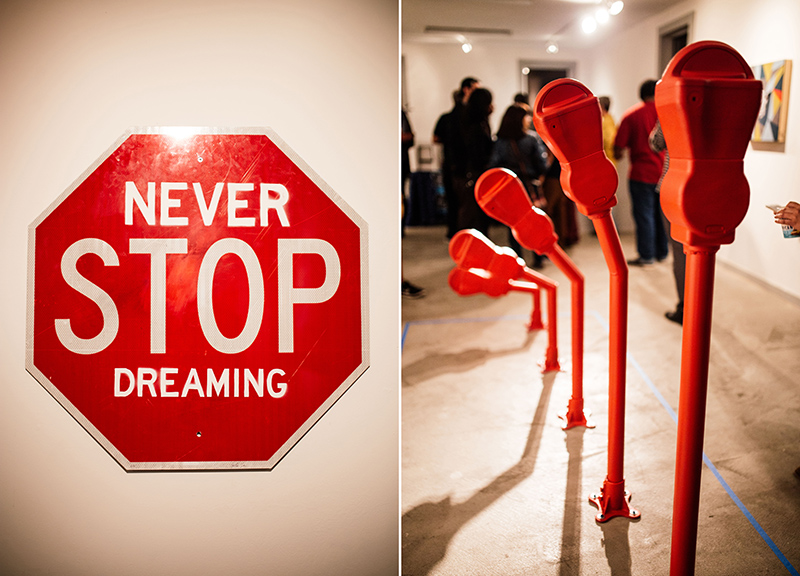 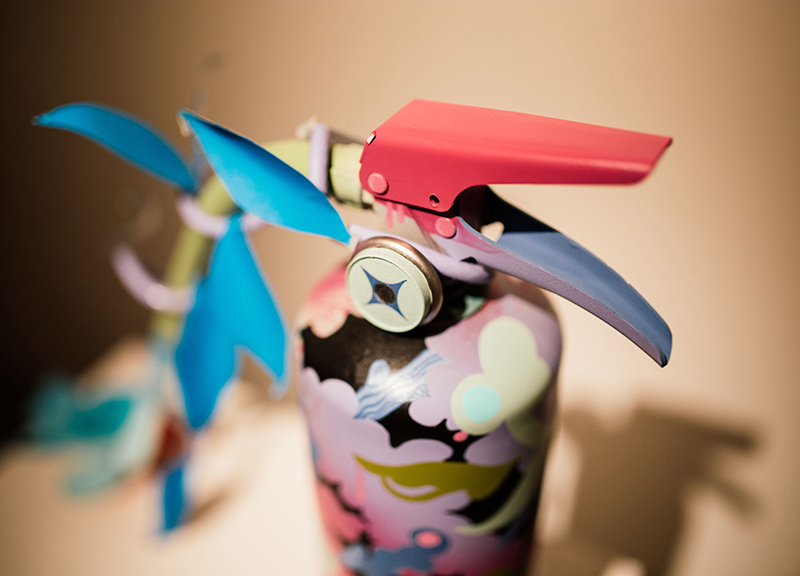 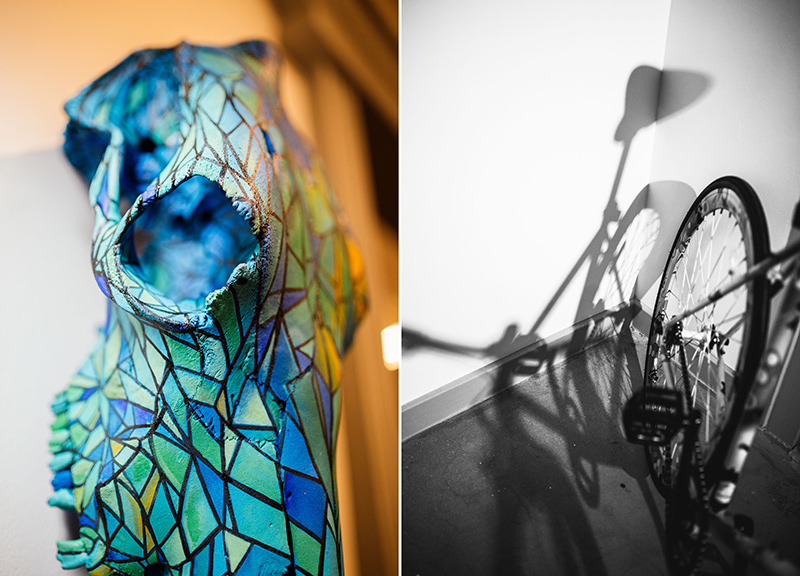 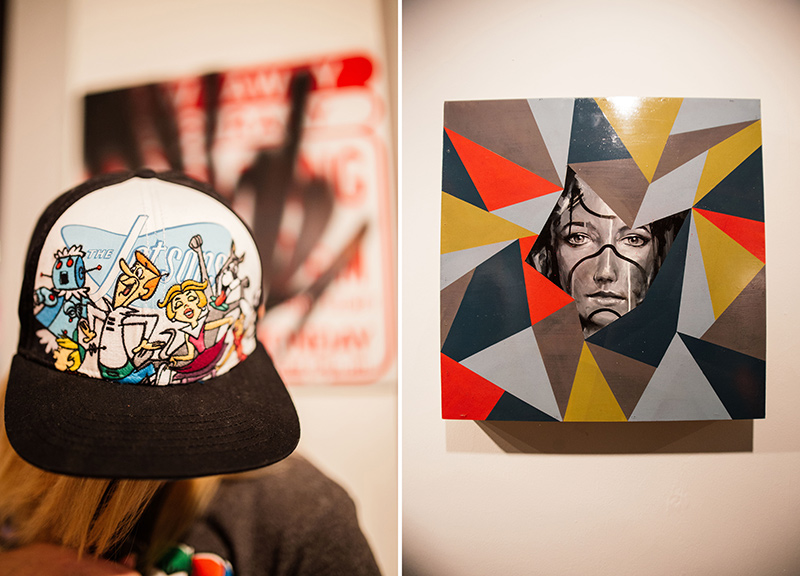 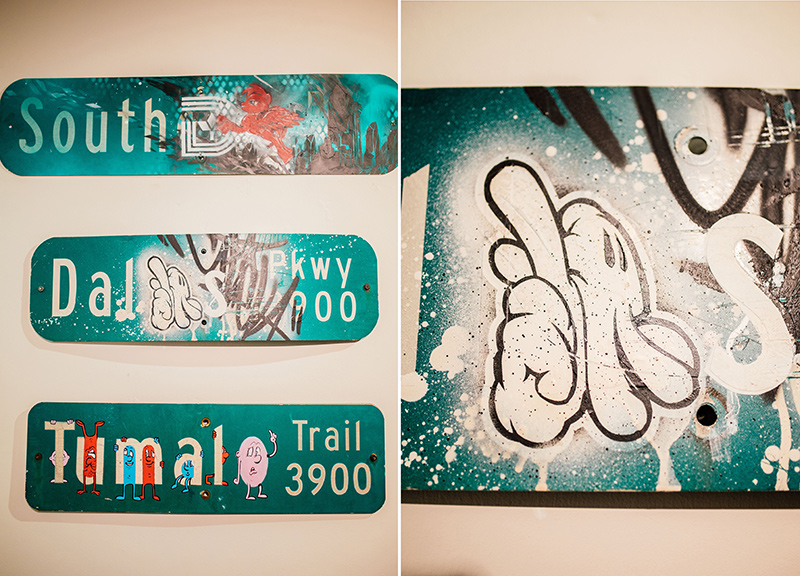 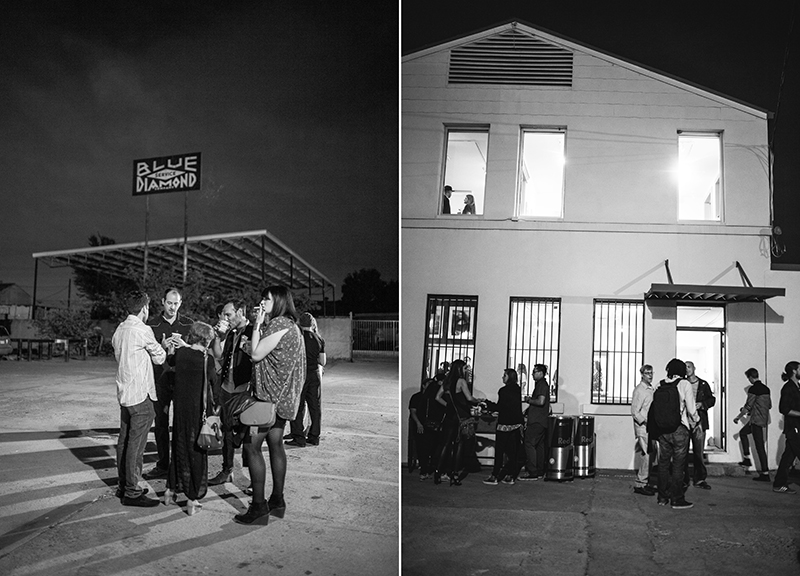