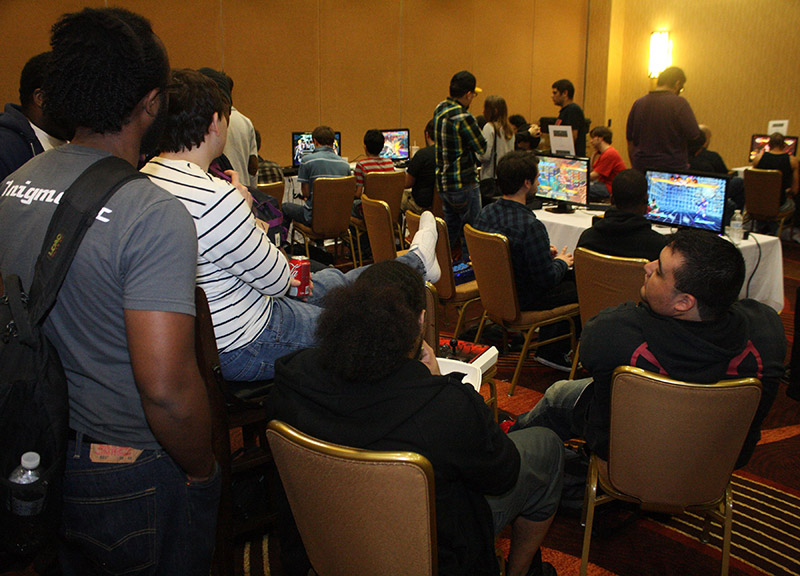 For the past few years, Dallas' Absolute Battle has taken video game battles off of the web and into the real-life realm, hosting tournament-style competitions among North Texas' thirsty gaming set. And, at its fourth annual affair, hosted this Saturday at the Crowne Plaza Hotel in Downtown Dallas, the event proved to be even more explosive than usual.

It was an afternoon of hometown heroes versus the big dogs, local legends versus world champions. Really, if there was ever a need for “Eye of the Tiger” to be played, this would be it. Because, make no mistake, these gamers take this shit seriously.

A mix of novices and god-tiered participants fought for glory on both big and small screens at the tournament, and uppercuts were passed out like candy as gamers competed in Street Fighter IV: Arcade Edition, battling each other as much as for the attention of the nearby gamers participating flawlessly countering one another in separate Dead or Alive 5 bouts. Meanwhile, participants gunning for Call of Duty: Ghosts — a game that's barely out for a week at the time of this writing — combined hellacious spray and pray tactics. The whole scene was tense, and the air was equal parts filled with screams of delight and sighs of disappointment.

And never was this tension more evident than during the day's big draw, a competition circling around Ultimate Marvel vs. Capcom 3. The big guns came out for this one, including Ryan Ramirez, who goes by the handle of Filipino Champ and who won the EVO UMvC3 contest in Las Vegas last year. With his team of Magneto, Dr. Doom and Phoenix, he would take home the top prize here, too — but not without facing some fierce competition along the way.

The real winner of this day, however, had to be Absolute Battle itself, which not only drew numbers out to its competition, but also streamed its event online for the entertainment of gamers worldwide.

This is an event that's growing — and one that proves that, though button-mashing may be viewed by some as a thing of the past, it remains, in reality, mostly a thing of the future. 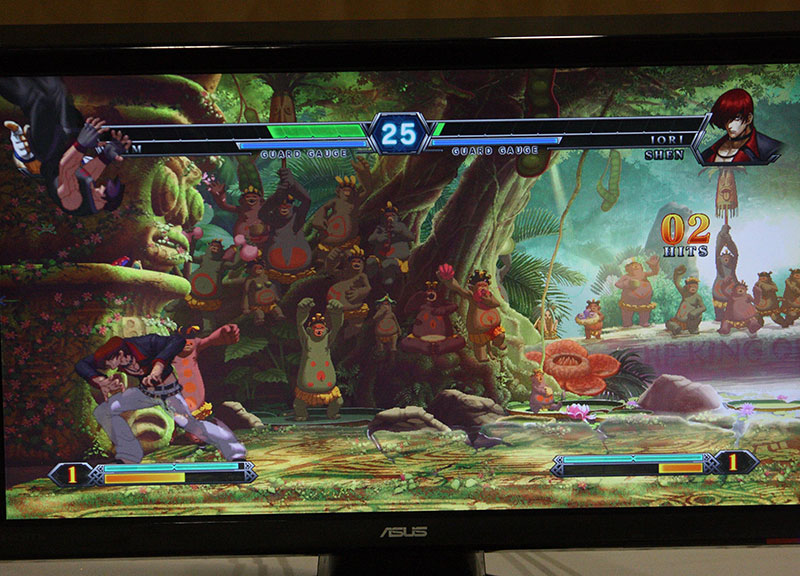 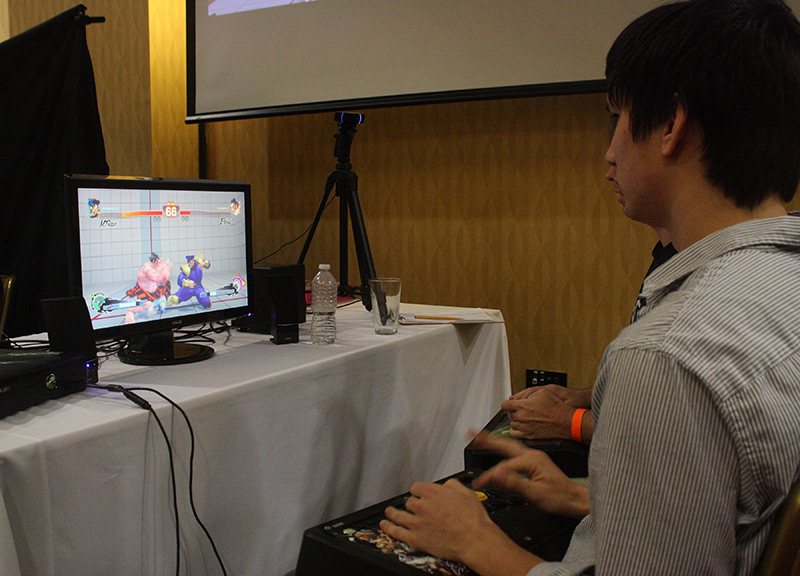 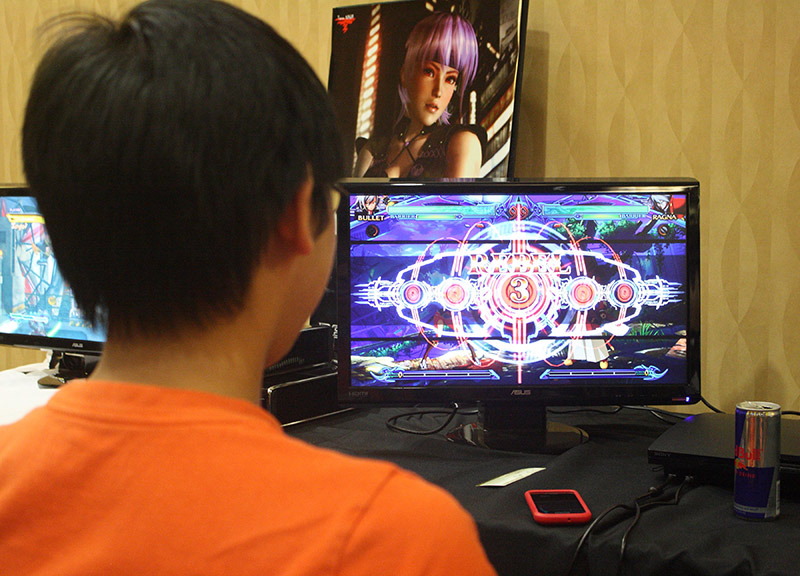 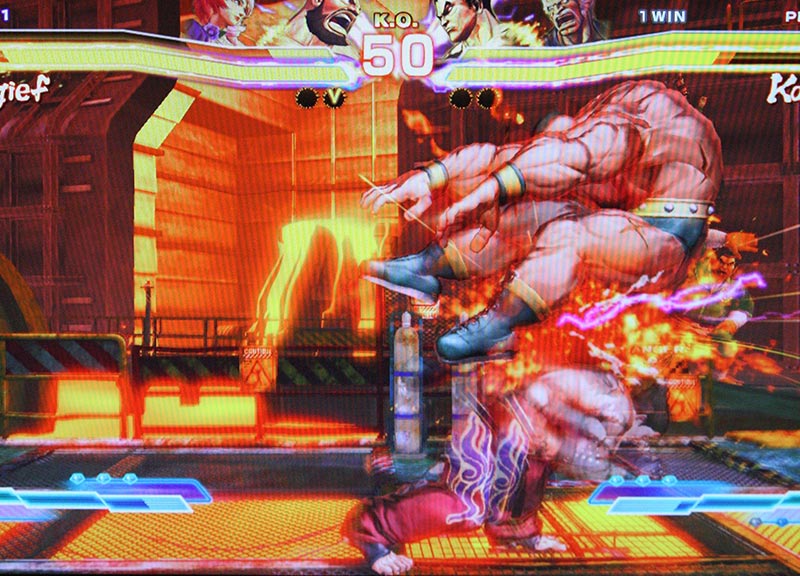 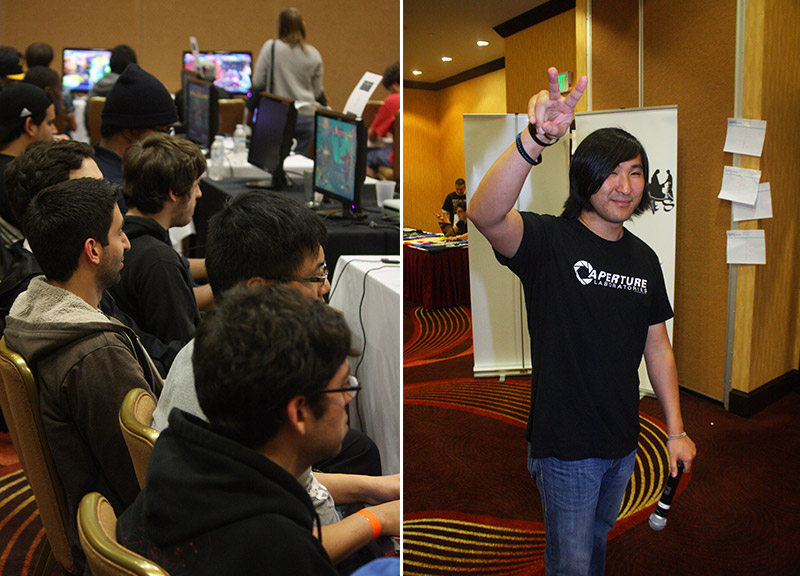 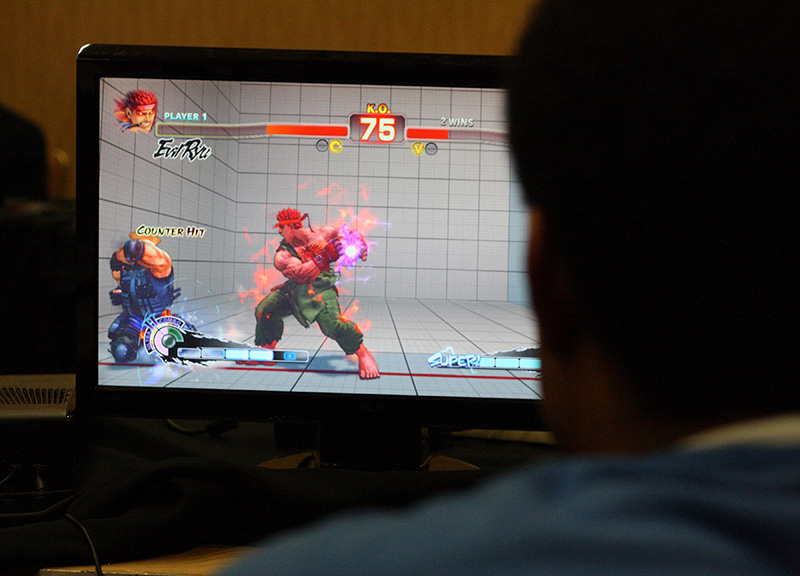 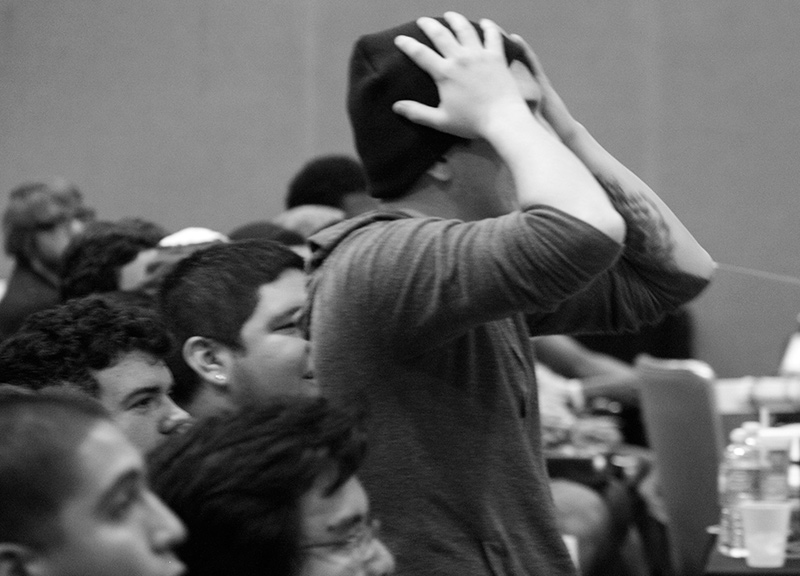 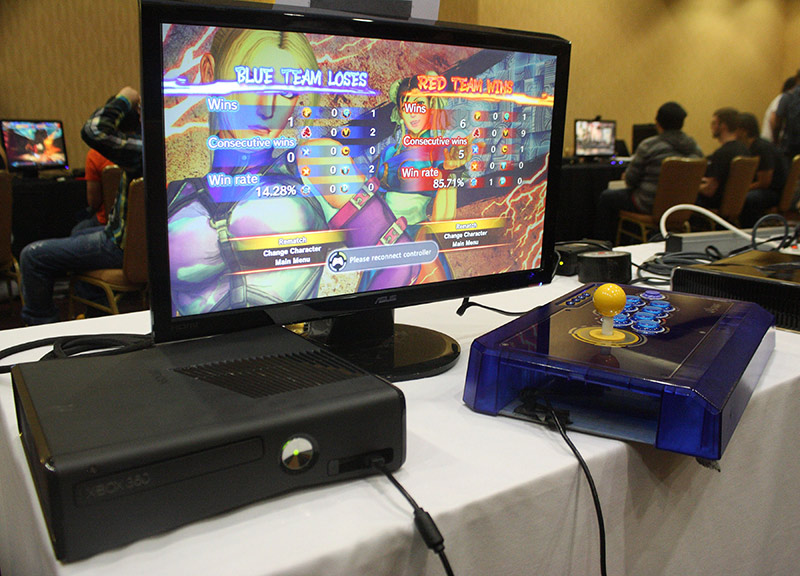 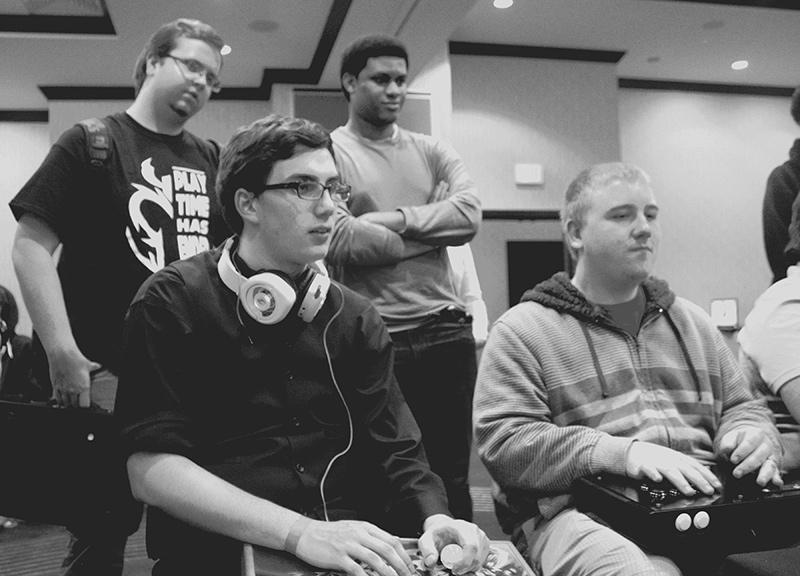 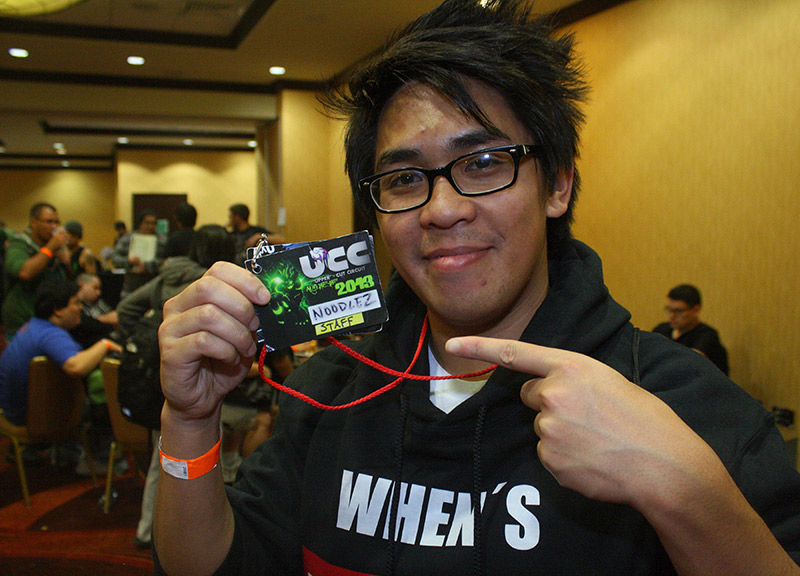 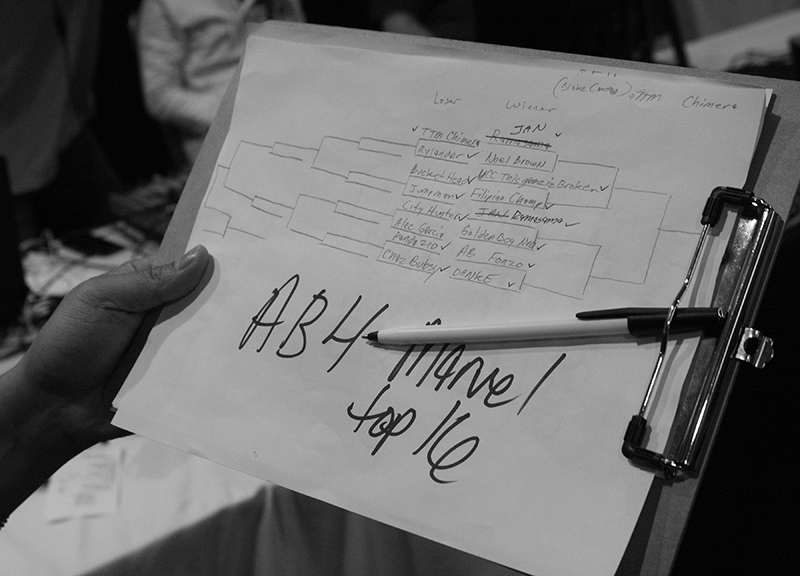 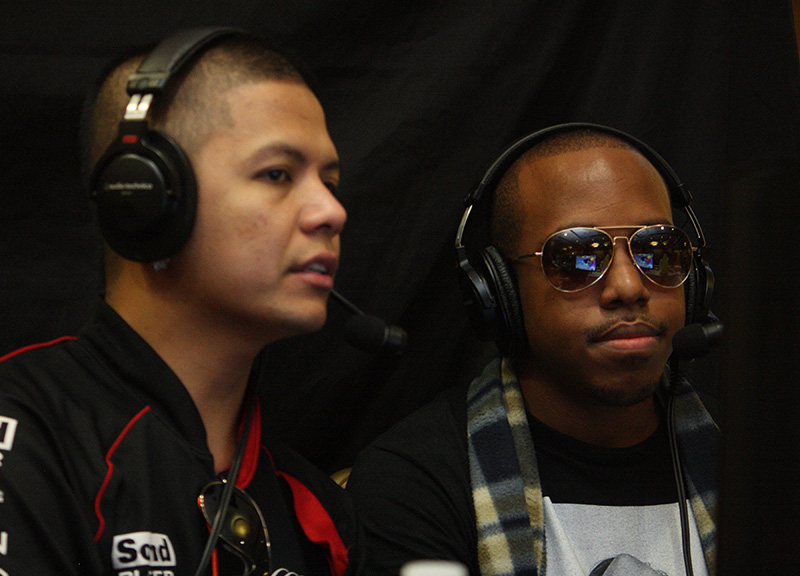 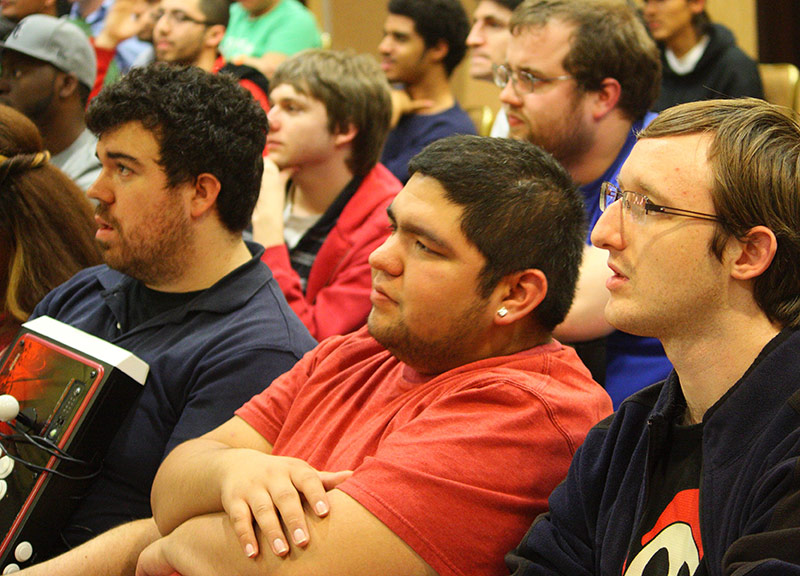 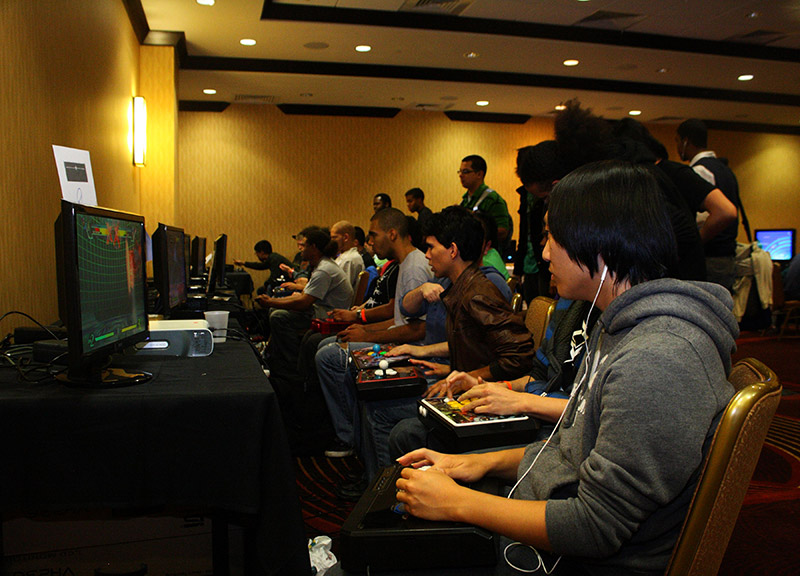 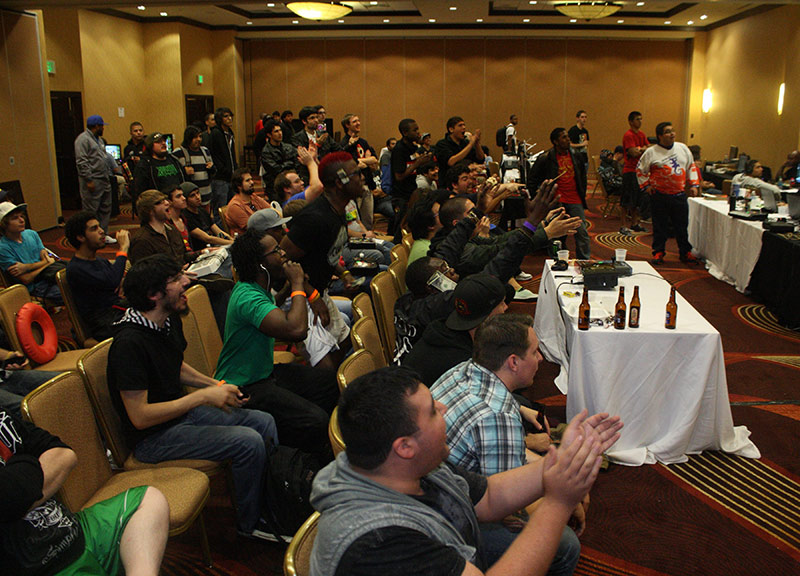