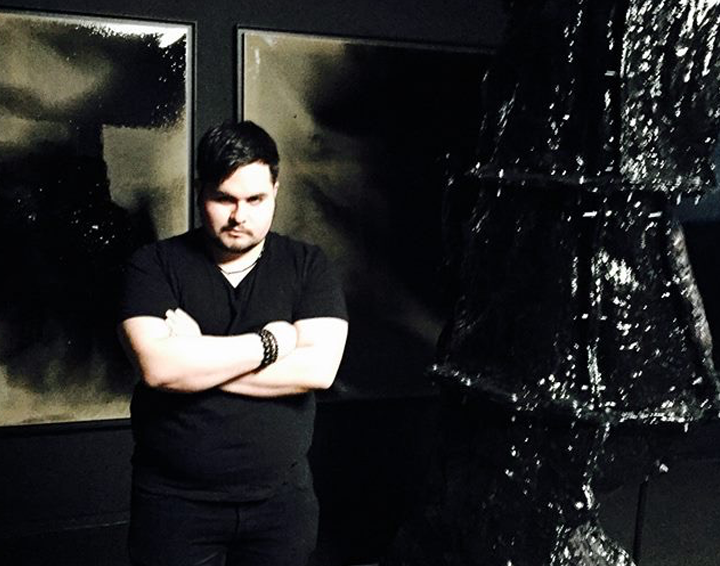 For Dallas Bartender Saul Hernandez, Joining The Fast-Paced Cocktail Industry Enabled Him To Become The Engineer That Could.

Going to the bar is like visiting an unlicensed therapist and legal drug dealer all in one. Standing on the other side of the bar top is a person happy to listen to you complain about the problems of today while supplying the necessary libations you want in order to combat the crushing dread of reality.

For a job that requires so much listening, though, who exactly is listening to the listeners?

We sat down Saul Hernandez, a Dallas bartender and cocktail engineer, who has worked at some of the most revered cocktail spots in town. For once, we’re not pressing him with our problems or asking what’s in an Old Fashioned – this time, we’re opening our ears to what he has to say.

Just who exactly do you think you are?
I’m Saul Hernandez, a goth Mexican that makes drinks. I just know the recipes, man. I barely know myself.

What’s your role in the service industry?
I make people happy by feeding them, making drinks and listening to them. On my days off, I’m at home playing “Gran Turismo” or visiting homies that have to work because they’re undocumented or in a crisis.

Where all have you worked?
I’ve worked at Midnight Rambler, Parliament, Santos y Pecadores, Las Almas Rotas, Petra and the Beast, Ruins and La Viuda Negra. Not to mention the cocktail pop-ups that Jose Gonzalez and I do as Los Tlacuaches. At one point, I had four jobs at the same time.

Whoa. That’s a lot of work to be doing at once, and at some pretty high-profile places, at that. Why work that hard?
Because I’m broke, baby! [laughs] I dropped out of engineering school and I had no choice but to hustle. I served as head of household after my dad passed away the week before I turned 18.

That’s a lot of responsibility to uphold at such a young age. Were there any lessons your father instilled in you to ensure you could handle the weight?
My father was ex-military, so his mantra was “shut up and work.” He was 15 when he snuck into the Mexican army. It was during a time in Mexico where you could switch the last digit of your birth year and nobody thought twice about it. My father ended up burning cartels’ weed for a living. Then during the Reagan era, he came to the United States and became a citizen. He was diagnosed with cancer my senior year of high school, and I only had 6 months to really get to know him. We never really talked when I was growing up because he was constantly working.

How was life following your father’s passing?
I had to drop out of engineering school while dealing with my father’s death and my girlfriend cheating on me and getting pregnant. I was working at Home Depot, broke and depressed on some sad boy shit. I worked in the loading department and I was helping a guy load something into his BMW. It was a monotonous job, so I was always talking to people. I asked him what he did for a living and he said he was an engineer. I told him I was going to school for engineering and with a laugh he said, “just drop out, man.”

What lead to your jump into the food industry?
In Mexico, my entire family is comprised of doctors, engineers or pastry chefs. I had to do one of those to be cool with my family. Growing up, my mom would test my palate. She would add a spice she wouldn’t normally add to her cooking and would train me to look for the mystery outlier. While my father was going through chemotherapy, I started to do the cooking in the house.

At the height of my depression I was watching Anthony Bourdain’s travel shows a lot. The episode that changed my mind about everything was the one where he goes to the famous El Bulli in Spain. Ferran Adria shows him the engineering aspect of culinary through the lens of molecular gastronomy and spherification. As a former engineering student, I understood the properties they were discussing.

Special things happen when you get visionaries in the same room.
Visionaries have a problem being social because they’re living in a world they’re constantly trying to improve. I feel like I can relate to that.

Speaking of engineering and the industry, what’s the most complicated cocktail you ever conceived?
Probably the Chile en Nogada. It’s a chile en nogada dish reinterpreted as a cocktail. It had Montelobos Mezcal, Milagro Tequila, Ancho Reyes Verde and a house-made almond orgeat. Of course, the orgeat took a day to make and coming up with the ratios took time. The reason it was so complicated was because we had to roast poblanos and then let them sweat, then juice them. It was for a pop-up, and we had to batch out 40 drinks worth of everything and when you’re doing that, you realize what little juice roasted poblanos yield — casí nada, güey. [Translation: almost nothing, dude.]

Among architects and enthusiasts, brutalist architecture is a polarizing topic — it’s either loved or hated. You, however, love it. Why?
Because it’s simple and it follows a formula. I’ve been to Paris twice, and as much as I love grandiose architecture and maximalism, brutalism the exact opposite of that. Think about Harry Potter — the Horcrux was extra. That’s why Voldemort chose it, because that motherfucker was extra. Voldemort sounds like Trump. I like brutalist architecture because it brings my mind peace. It’s simple.

What’s some advice you want to give the people of tomorrow?
Don’t fuck up the planet. We only have one.