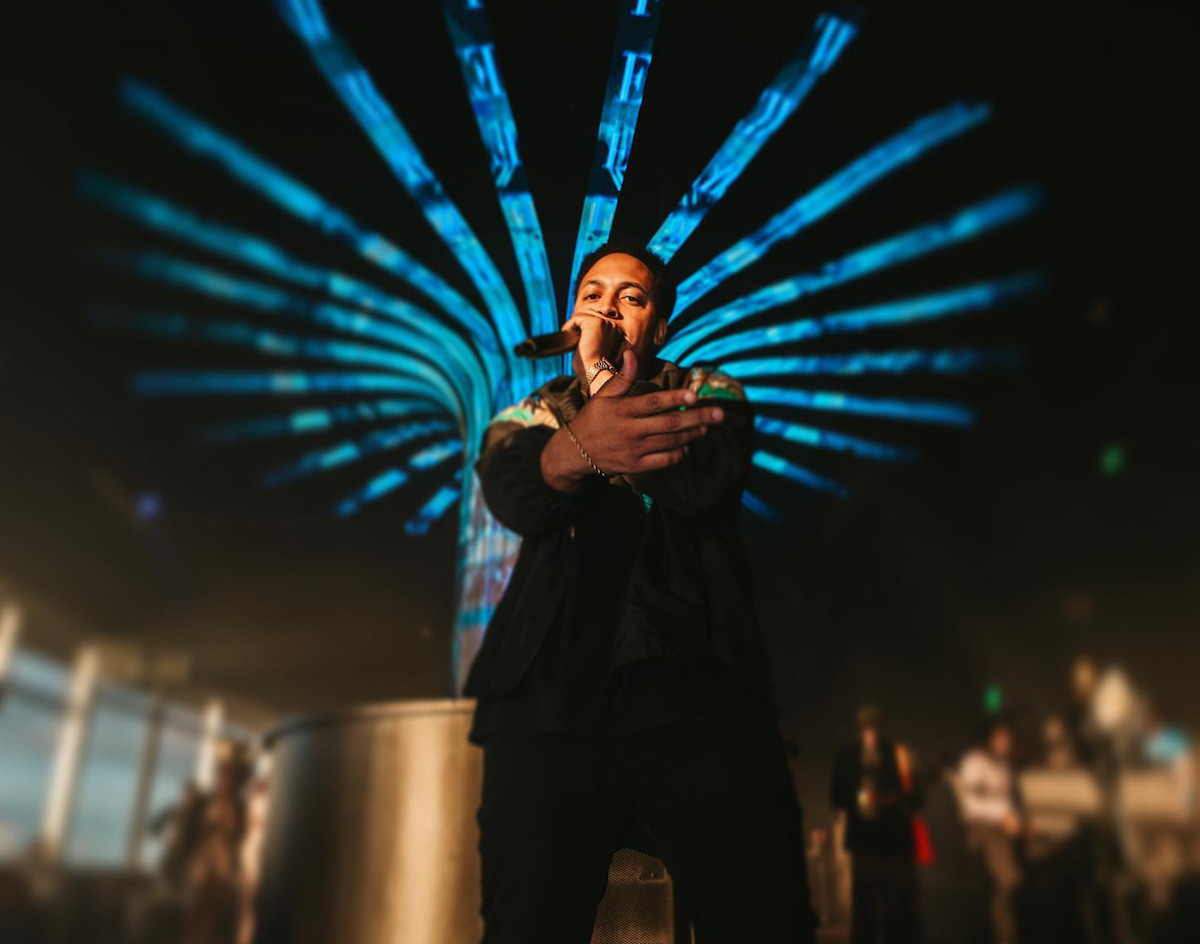 The Fort Worth Rapper Tells Us Why He Decided To Drop His Latest Album As An Exclusive Through The Fort Worth Public Library’s New Streaming Platform.

Lou Charles — often stylized as Lou CharLe$ — has a new record out called Life Goes On — but you can only find it on Amplify 817, a new streaming platform hosted through the Fort Worth Public Library.

It’s a first for the site, and an initiative the Fort Worth-based hip-hop artist says he is happy to be a part of.

Granted, the seven-track record will eventually stream on all the major platforms on November 11. But, for the next few weeks, it remains an exclusive for Amplify 817.

We recently caught up with Charles to chat about how he got hooked up with the service, how Fort Worth is his adopted home (after growing up in various places overseas like Trinidad, Tobago and Cairo) and what he looks forward to next in his rap career.

Before we get to the exclusivity of Life Goes On being on this platform, how did you get hooked up with the Amplify 817 people?
At an event. Me and the library director crossed paths, and she was telling me about the library having their own streaming platform. I thought that would be a cool idea. That was 2018 or 2019. She brought it to fruition in 2020.

Roughly, how long did it take to make this record?
I made this record over the pandemic. I probably started recording it May of 2020. It took a couple of months.

Was it easy to write material during the pandemic? Was it the only thing that brought you joy?
Right!?!? During the pandemic, it was tough, but I used it as a time of self-reflection. The album is really introspective, looking inward more so than looking outward. Having that time to slow down and sit with your thoughts a little bit definitely helped in this process.

You live in Fort Worth, right?
Yes!

I say this as someone who used to live in Fort Worth and is currently in Dallas County: I think we should all be a happy family, but I understand there will always be differences between Tarrant and Dallas County. What’s been your take on being proud to be from Fort Worth, but not stand-offish about going to Dallas?
I like the whole DFW! You go 30 minutes in another direction, and you’re in a whole other vibe. That’s what makes it such a cool place to live. I just didn’t want to be boxed into one thing, you know what I mean? I love the Deep Ellum vibe. I’m actually playing there on November 19 with West Side Boogie at Trees. I like Dallas. Dallas has a lot of culture, as does Fort Worth. There are differences, and the differences make the metroplex a beautiful place.

What’s been the advantage of having Life Goes On exclusively on Amplify 817 until next month?
Amplify does a lot for local artists here. To me, when you see an organization trying to work and put money in the pockets of local musicians, and I think you’ve got a champion. We’ve got to build a community, and that’s what pushed me over the edge to do the exclusive release with them. It’s a great opportunity for us to champion the local music scene.

I had never heard of the service before. Knowing it will be on streaming services next month is smart. This is a completely different genre, granted, but I am befuddled why Garth Brooks has never had his music on iTunes, but then begrudgingly put it on Amazon a few years ago. As someone who had to listen to his music because of my older sister growing up, I want a younger generation to be annoyed by his music.
[Laughs.]

As an up-and-coming artist, though, your music has to be readily available for people. But there is still something supremely cool about having an exclusive on it, even if it’s just for a few weeks, right?
Right! It just builds a relationship. You have people who can take pride in, “Oh, I heard it first!” Making the listener feel special is one of the things that’s kinda missing in this streaming age. You know, being a little more invested into the record. Music comes out so fast these days, and the staying power is so minimal. Doing everything that you can to make a release a moment? That’s what artists need to look into.