[Q&A] The Sky Is The Limit For ULTRAVIOLETENVY. 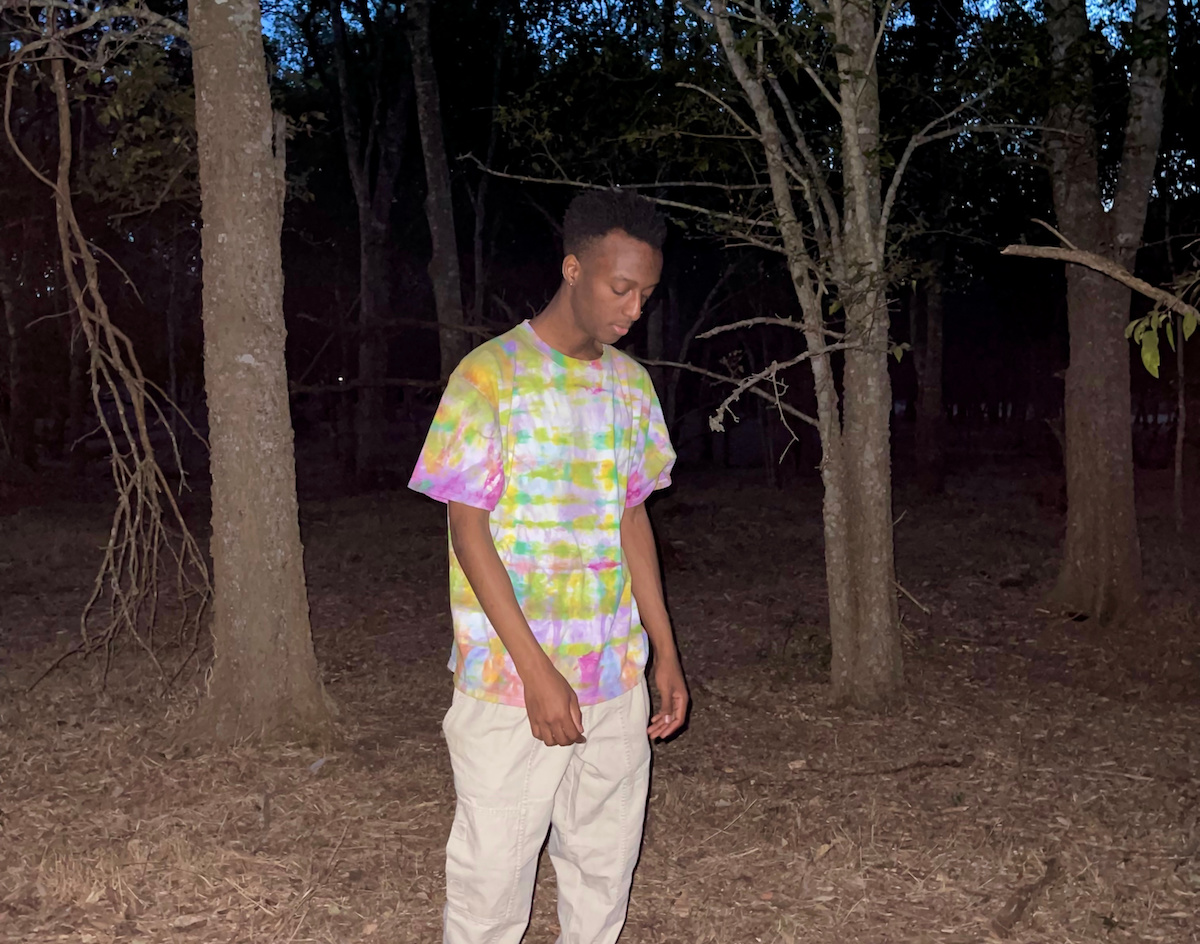 While We Wait For ULTRAVIOLETENVY’S Upcoming Debut EP With Anticipation, Let’s Get To Know This Young Fort Worth Rapper A Bit More.

ULTRAVIOLETENVY is a 21-year-old hip-hop artist based in Fort Worth who already has a couple of great singles to his name. We recently premiered his latest single/video “Toxic,” a catchy track with a violin solo in the middle of it, and we wanted to find out exactly who UVE is.

Turns out, he’s never done an interview before, so we have an exclusive on this as well.

Born Gerald Jacoby “Kobe” Dayries and signed to Two Syllable Records, his persona as UVE is in its infancy, but just listening to “Toxic,” he deserves the kind of attention of a seasoned artist. The song was written, produced and tracked all in one day back in 2019. It will be on his forthcoming EP, Suede, which he hopes to release in early 2022.

He has his head on straight and his feet on the ground, but he wishes to be much more than what he currently is.

All I know about you is you’re a 21-year-old hip-hop artist from Fort Worth. What else do we need to know about your backstory that you think is relevant to your ULTRAVIOLETENVY project?

What made you want to make music?

At first, I wanted to do it because I started to get into rap music around 13. I would make music for myself. I would play around with stuff. I took it seriously because I would get really good reactions from my peers in my class. That influenced me to keep making it. The kids at my school were my main fanbase at the time. They really pushed me to constantly create more just for that face-to-face reaction.

Did you learn a software program or a drum machine? What was the way you made music?

I started taking this class called Career Portals in 8th grade. There was this one course we did on audio mixing and mastering. I basically just used that. We had laptops so I would download the software. I would go to YouTube and find a sample and then I would download drum loops. I would make sure the sample was in sync with the drums. That’s how I started making beats.

As far as rapping and lyrics, I was writing poetry around that time. I would try to fiddle with the beat at first and then it would turn into a song.

Prior to getting into hip-hop, what were the kinds of music you liked?

I listened to everything. One type of music I always heard was gospel music. My parents would always play it. I got a lot of my musical information from that when I was younger. Every once in a while, my dad would play this Marvin Gaye greatest hits CD that he had. It exposed me to soul and R&B at a young age. That’s one thing that got me into secular music. It helped me understand there are different levels of music besides just gospel.

As far as hip-hop, I really liked exploring it on my own through the internet and on social media. I didn’t really play it around my family. Basically, like, clean music.

This will really date me, but there was a time when hip-hop CDs had a clean version in addition to the explicit version. You always felt bad for the kids whose parents bought them the edited versions of Eminem or Dr. Dre. Was that the kind of stuff you had to walk around on tippy-toes, whether it was on CD or digital?

Yeah, when I was 13 and 14, it was before my parents knew I was really into rap, I kept it to myself. Whenever I did, it would be the clean version. One time, my grandma checked my computer history and found out I was looking up lyrics on Genius.com and she got really upset. I was like, “Damn, I can’t let my grandma know.” She didn’t know I was making music.

The story goes “Toxic” was written, produced and recorded in one day. First of all, is that true? And if that’s true, how did you go from learning how to program beats, using your poetry to coming up with something that has a strong identity of a good beat, a good melodic hook and then you throw in a violin solo?

I recorded it in my bedroom and I did make the beat, mix and master everything. Because I was making music for such a long time. I would listen to so much music and I would pay attention to details, I knew what sound I wanted. Around this time, I was still making a lot of beats. I started to develop my own style and production. I love how you can hear the harmonies and the hooks. I love to harmonize when I sing. That’s something I learned to do when I was 17.

Over the years, I picked up new techniques and skills. I always paid attention to concepts in rap. Just tone and energy. I threw that together and made it into a song.

I didn’t think the song would ever be released, but I reached out to Zach [from Two Syllable]. He helped me out with the release.

How do you know Zach?

Around the time I met him, it was late 2019. I put this EP together called Suede, and I thought it was my best project ever. I was thinking, “Man, I don’t want to just put this out and it doesn’t go anywhere.” So I started emailing independent record labels, seeing if they wanted to release it for me. Once I emailed him, he responded two weeks later. At first, he wasn’t 100 percent sure he wanted to release the project. After a while, we stayed in touch. Then he contacted me back again. That’s how it came about to releasing it.

If “Toxic” was done in a day and you have a few other tracks out there, how much stuff do you want to put out that you have worked on? I imagine you have a lot of songs.

Yeah! I think these singles I have released might be the oldest I want to release anything [from]. That’s because 2019 was the year I really figured out my sound and I felt like I was exceptionally good.

You’re young in your career. Do you want to make albums, press them on vinyl, play a lot of shows around and go on tour? What’s your thought process?

I really want to do everything: shows, I want to release albums, vinyl. I want to do more videos and interviews. I want to get as famous and popular as I can. The sky is my limit.