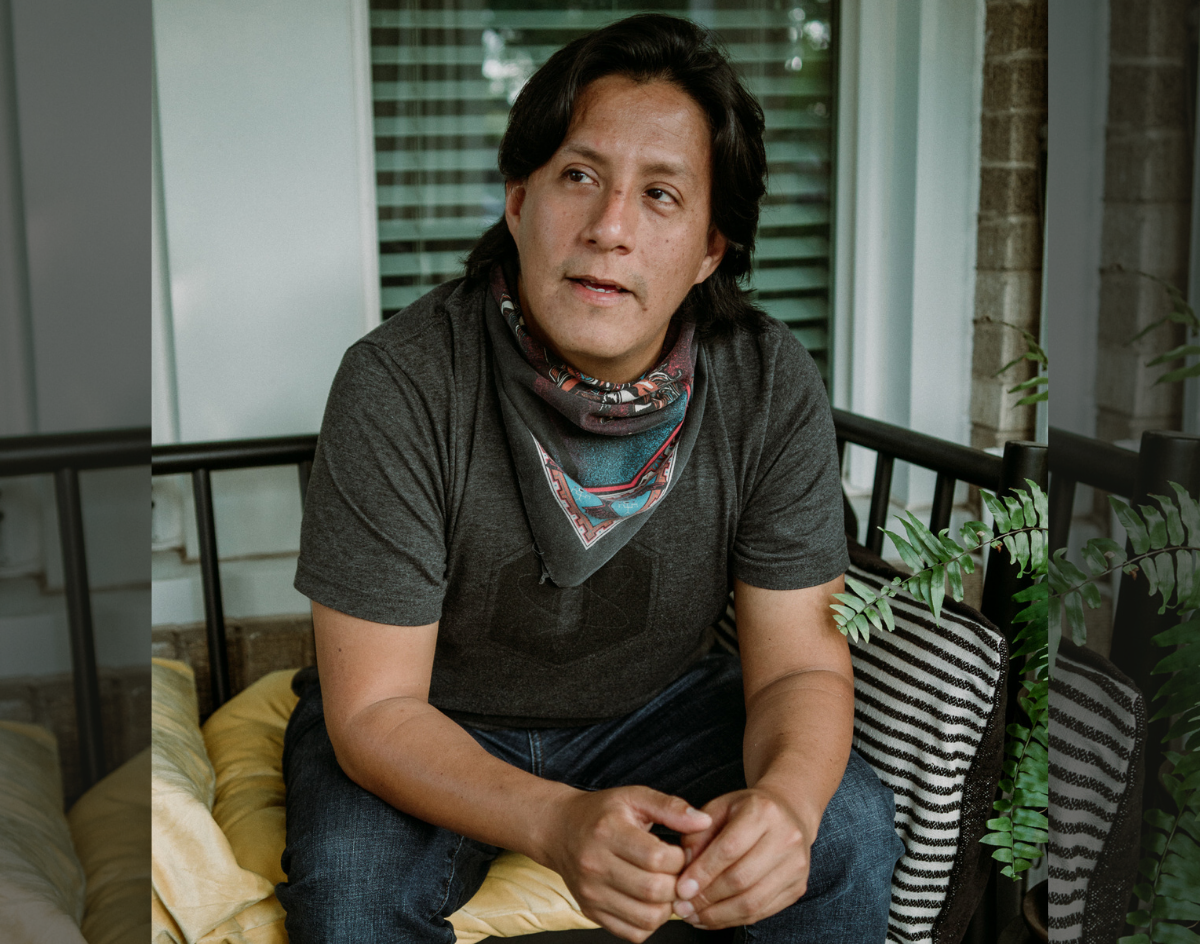 Fans of a new generation of Latin-psych and cumbia music from across Latin America have many opportunities to experience it in-person in the city’s hottest venues.

Victor Rimach, founder and owner of the Dallas-based music talent agency Chasquis Group, has produced events all around the DFW since 2010. These days, you can catch his high-energy shows at Cheapsteaks, The Wild Detectives, and Tulips FTW with some of the most popular and underground alternative Latin musicians.

Rimach moved from Lima, Peru to the U.S. in 2001 and briefly returned for college to study audio engineering. When he returned to the U.S. a year later and began event planning, he noticed there was a bit of a deficiency in the music scene in Dallas. Back in 2003, Dallas Latino clubs were playing mostly ‘80s songs instead of exploring the current Latino music that was being released. His passion for Latin American culture and music eventually drove him to start Chasquis Group – his own damn party.

Chasquis Group’s mission is to deliver a diverse cultural experience to DFW, with the help of graphic designer Gerardo Néjar, photographer Maria Fe Rimach Vera and a variety of freelance musicians.

In the past, Rimach has brough on big acts like Son Rompe Pera, Money Chicha, Dengue Dengue Dengue, Chicha Libre and more, as well as local acts like Latin emo trap artist Rafa, who played his very first show at Cheapsteaks in January, and DJ and songwriter Elkin Pautt.

His Indie-Rock Latin America festival finally made a return last month — after its cancellation in 2020 due to the pandemic – which welcomed Making Movies, The Tiarras and Wired Sessions and local acts Dezorah, Cayuga All-Stars, The Beckleys and more.

In addition to operating Chasquis Group, producing, and booking shows, Rimach plays guitar and is married with two young daughters. Once or twice a year he finds time to reunite with Mayta, the Latin rock band he plays in with his two older brothers, for a show in the DFW area.

We sat down with Rimach about how he balances family and work, and what he hopes to achieve through event planning in the music industry.

How do you balance work with raising a family?

I’m dedicated one hundred percent to the music industry, but my hours are flexible. I can work from home in a way — it’s limited, but since my youngest baby is nine months old, I guess the older she gets, it will get easier. Right now, I try to do a lot of emails during the morning and once my wife gets out of work at four, we switch. So, I will either do some events in the evening or I will just go out to a coffee shop close by and start making phone calls and start planning different events. It’s challenging for sure.

How did you get started booking events in DFW?

I have been working as a musician and eventually as an event producer for quite a while. Before, I was just playing in a band, which still plays these days. Then, I started doing shows back in maybe 2010 or 2009. Before the pandemic, I was the operations manager of The Wild Detectives, which is a bookstore bar in Oak Cliff. I worked there for five years, from 2015 to when the pandemic hit, and I lost my job because things closed down for a bit. I met the owners back in 2013 and then I proposed a night of a Cumbia — or you might call it Chicha, which is psychedelic cumbia. When I was booking shows at The Wild Detectives, I suggested — sort of out of a joke — to the owner, ‘Hey I can help you out if you need any help managing’ and that became an official proposal, so I started working for them. The cool thing is, I was doing operations of the venue of the bar bookstore, but I was also doing music shows there, so I really didn’t stop doing what I was doing before.

Tell me more about the work you’ve done with Chasquis Group?

Chasquis is a music agency and we also produce music shows. My role, currently, is the owner of the company and I’m an agent. I work mostly with freelance musicians. I don’t have employees in the company mostly because it is a small-sized music booking agency. I work with a graphic designer from Tijuana that does all the work for my events, and I also have my sister that takes care of the website. I have a second sister that sometimes works as a promoter, so whenever we have shows, she will take care of the logistics of the show. Also, I do represent five different artists exclusively in DFW.

I will divide Chasquis into two parts: you have the commercial side, which is booking artists for hotels, restaurants, weddings and any sort of private events. That is something that is a big chunk of Chasquis. The other part is the more alternative events that I do, and these events usually are focused on alternative Latin American music, but I am also trying to branch out to other genres. These events are the ones that I try to bring international artists to play in Dallas. I work with bands from Austin that are really growing pretty fast.

What does Chasquis mean — why did the name stand out to you?

Chasquis is a word in Quecha, which is a language of Peru from the Inca Empire and whatnot. In Peruvian history, they teach you about the Chasquis, who were runners from the Inca Empire, that would carry messages and fresh food from the coast of Peru all the way to the mountains of Peru. So, they had a whole system in which each task they’ll run, I don’t know how many miles — let’s say 50, and then you will pass the package to that second Chasquis and then that will never stop moving until you could they would eventually be able to eat a fresh fish within a couple of days from the coast to the mountains.

So, in a way, Chasquis were the messengers of the Inca Empire, or the UPS of the Inca Empire. I relate that name to being music messengers. I think that’s connected to my inspiration for doing music shows in Dallas that I felt reflected what was happening in Latin America.

Sum up what Chasquis Group stands for and your mission of being a music messenger.

Chasquis’ goals are to be able to bring different genres of music together from [around the world] in hopes of cultural exchange and being able to attract a bigger crowd because there’s always pockets of culture in everything. It could be fashion, it could be music, it could be art. There’s always pockets in which you have a lot of very interesting artists and interesting people sharing information that they have learned with time or with travels. I feel like there’s a potential of having that interchange of knowledge on a bigger scale — and I’m not saying thousands of people. I’m hoping at least that shows with 700 people is somewhere people can be connected to the music that they’ve heard.

Why do you think it’s so important to have that cultural exchange within the music industry?

I think in the music industry, and also in any sort of cultural aspect of life, we need to have that conversation of cultural exchange because we are isolated in the U.S. We are like a single kid in a rich parents’ house, so we tend to just lose track of what is really important for ourselves. I think it’s important to find people that are traveling and people that are interested in things that are not your mainstream. I’m not saying that I’m not trying to be mainstream, I’m not against mainstream culture, but I think it’s a good dose of positive reality if you exchange cultural knowledge with other people. We don’t stop learning — we always have to keep learning every day of our lives.

Are there any events that you’ve done that have had an exceptional impact?

I think the most interesting events that I’ve put together are from a couple of producers. One from Argentina that is called Chancha Vía Circuito that blends folklore — South American folklore — and electronic music. The other one was Nicolá Cruz, who is an Ecuadorian producer that back then was mixing folklore and electronic music. I say it was interesting because both of them sort of exploded and became really big after I brought them to Dallas to a venue that was maybe for a hundred people. Now, Nicolá Cruz is a DJ for festivals of like 15,000 people or whatnot.

Chasquis Group’s next event will be April 16 at The Wild Detectives with Austin-based psychedelic-cumbia group Money Chicha.