[Q&A] Dezman Lehman Is On The Up And Up. 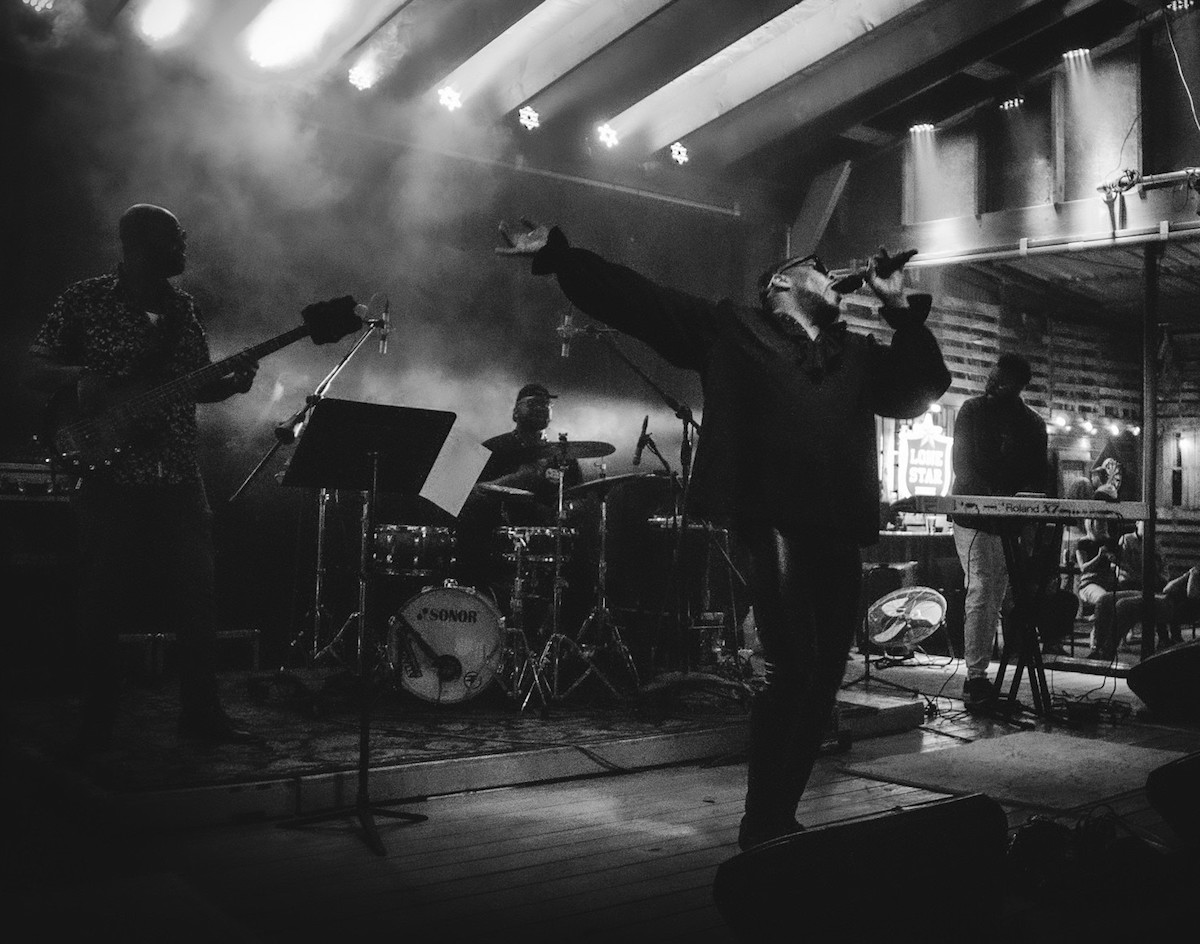 The Multi-Faceted Musician Behind Dezi 5 Is Staying Booked And Busy. We Talk Projects, Gigs And A Whole Lot Of RuPaul’s Drag Race.

Dezman Lehman is a very humble and happy person these days.

With the long-running Dezi 5 project, a jazz band that had a residency at Cheap Steaks, hosting gigs for various events, Lehman feels very blessed to make his income from music. Previously a resident of New York, Dallas is back to being his home turf.

He recently opened up for the sensational improv musician Marc Rebillet, and by all accounts, had a great reception. And he’s co-hosted a weekly live show centered around each new episode of RuPaul’s Drag Race (which is about to wrap up with its 15th episode on Friday).

Lehman will headline the Changing Perspectives Block Party at the Winspear Opera House on April 29th before jetting off to New York for a few weeks. Life is looking up, and we wanted to discuss with him about the various projects he has now, his thoughts on this season of Drag Race, a memorable encounter with RuPaul and plans for the rest of this year.

You know, 2022’s been pretty good. I started opening up for Marc Rebillet. I’ve been DJing and I started up a jazz band. I’ve been doing some side projects while I’m working on the new record for Dezi 5. I’ve been enjoying myself DJing, doing drag shows, producing shows and stuff. Deep Ellum is home. I’m working at damn near every bar in Deep Ellum. [Laughs]

Are you still splitting your time between New York and Dallas?

Actually, I do have a lot of gigs in New York in May. I’m there for three weeks, so I am splitting my time. But I live in Dallas. I have a house here, so I’m back in Dallas 100 percent. I travel back to New York for shows. I’m a wedding singer as well. I go upstate and do those as well. I’m pretty busy. I keep myself occupied between New York and Dallas.

What has it been like doing wedding gigs for the past year?

I mean, it pays the bills. [Laughs] It’s not one of my favorite things to do, but it keeps my chops up. It’s pretty fun, especially the ones in New York. I get to see how upstate New York looks and it’s really cool. I can’t complain about it. My heart isn’t all the way into it.

But it’s good you’re able to have all of your income from doing music or promoting shows.

Right! It is very fortunate. I’m grateful for it everyday. Sometimes [I tell] my nieces and nephews, “Do what you wanna do and just do it.” Like you said, my income comes 100 percent from music. I just met with some guys about a month ago, working on a conceptualized album. I performed two of them at the Harvest House for their seven-year anniversary. I’m just progressing as an artist, a person. I’m about to turn 40 this year. I can see the growth and I can feel the growth in the music and everything I’m doing. It’s time for Dezi to get a little more personal with my audience. I’ve been playing this party game, but now I’m taking it a little more of a personal level. I want to show that vulnerable side of me, being 40 and I’m afraid to be alone by the time I’m 50. [Laughs]

When you find the right person, you don’t feel alone. When you’re with the wrong person, you really are alone.

I have so much love. A lot of the musicians around here hang out with me. I try to go to everybody’s shows. I have a very good family here, as far as my actual family in the community. It’s one of the reasons why I decided to move back. I was living in New York as a musician and I wasn’t doing music as much as what I do here. I feel so fortunate to come back. If someone called me and said, “I want you to play tomorrow at noon,” and if the money’s right, I can put a band together in a second. I couldn’t do that in New York. As much as I loved it, I appreciate the musical family we have in Dallas. 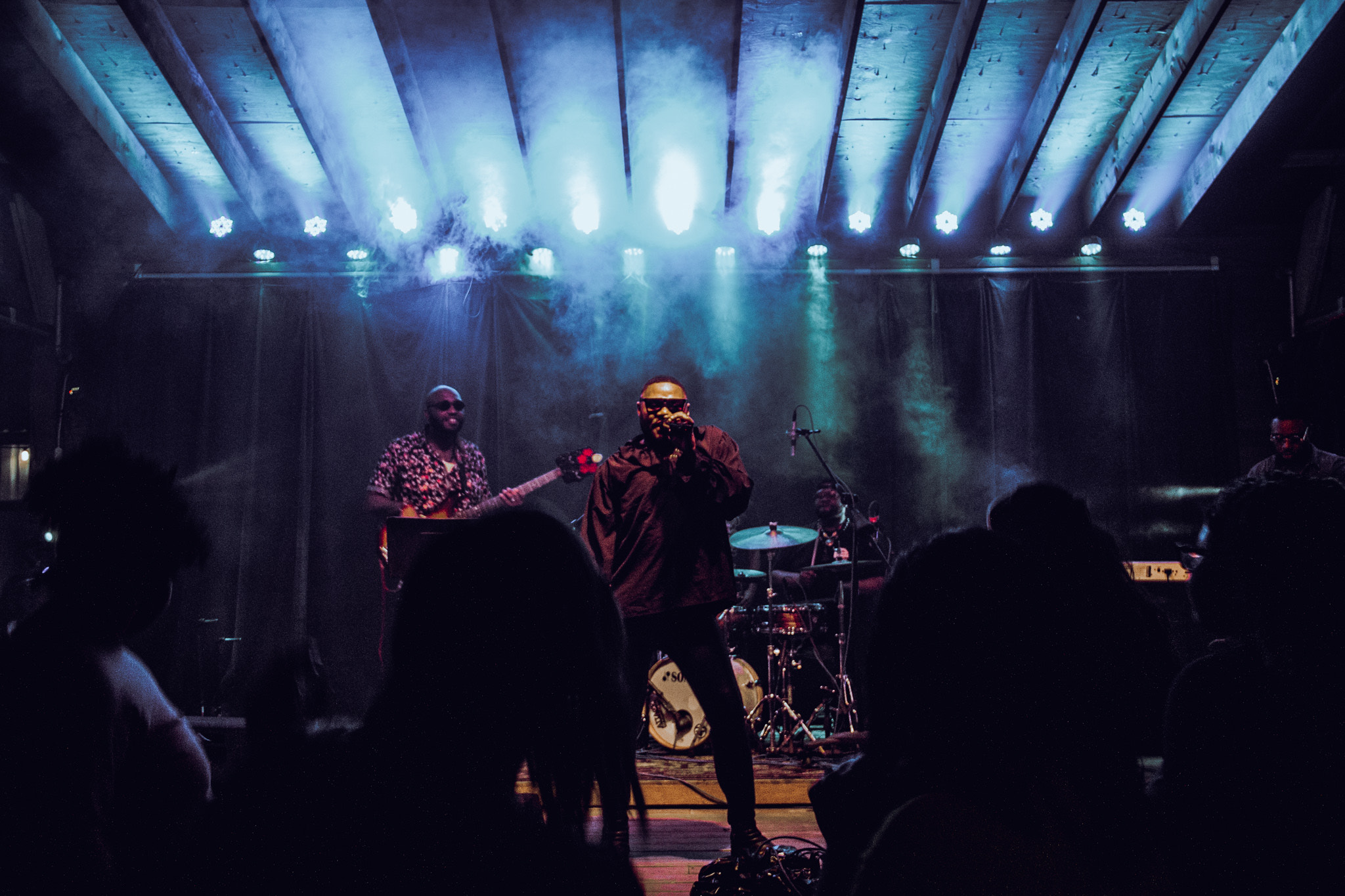 What was it like opening for Marc? Marc has an interesting crowd, because it’s like he is so in line with Teddy Pendergrass and Rufus and Chaka, but there’s a fun play element because it’s all improv.

It was received really well. I still get people now that see me [and say] “I remember when you opened for Marc.” I’m not trying to brag, but I really emulate how much of a chameleon Tina Turner is. I can perform with a rock n’ roll bill, an R&B bill, anything. It’s a performance. I wouldn’t even worry about the genre.

We gave ‘em a hell of a show on that evening. There was a good amount of people there when I performed. Marc selected me to do it. I was already honored because of that.

Almost every season of RuPaul’s Drag Race has a local tie. Season 14 was no different. I’m curious, as we approach the season finale of the longest season ever of the show, what are your overall thoughts on the season? Who do you think will win?

Well, I’m a huge Lady Camden fan. I like the humility. I enjoyed the show, but it seemed like nobody was ever going home, even with five in the finale. It’s like, “What’s going on here?” [Laughs]

I host a viewing party every Friday at Booty’s in Deep Ellum with my friend Nayda Montana. We have a little crew that comes in and watches it. We talk shit on the mic. When the show’s over, Nayda performs. I also produce a show called Full Length LP, where I get five or six drag queens and they perform an entire album from beginning to end. This week, right after the finale, we’re doing Kim Petras’ [music].

I have a very close relationship with Drag Race. When I moved to New York, Mindy from Denton called me and asked me to open for Sharon Needles. I had just moved to New York and didn’t know anybody. I asked Sharon Needles who I should talk to and she gave me some names and things like that. I met all those people Sharon Needles told me to meet. That helped me get a presence in the queer scene, where I was able to perform again. Wasn’t with the band. I was singing to a lot of tracks. I was like Lady Gaga in A Star is Born. That was me. I begged drag queens to let me sing on their shows. [Laughs]

With the announcement of the next season of All Stars, are you hoping to continue doing your residency at Booty’s?

Oh yeah! I’m not going to be there for the premiere, but me and Nayda are going to be there. I’m gonna find somebody to DJ for me. The bosses gave us the thumbs up to do it, because it’s a good cast. When I saw it will be all winners, this was a good way to reel me back in.

It might be really embarrassing for the first one to go home, so maybe they’ll keep all of the queens and then decide who wins in the finale.

There’s not a lot of them, so there could be some twists and turns with how they do this. I wasn’t very up on Drag Race at the beginning. I’ve seen every season now. I’ve always admired RuPaul as a person and a drag queen. I wasn’t into it until one morning in January, Oprah Winfrey had just done an interview with RuPaul. I watched it before I went to work. That same night, RuPaul and her husband came into my restaurant. I served RuPaul. It was a pretty decent restaurant and you don’t want to be all starstruck. I did write on their receipt, “Thanks for what you’ve done for us as a community. I want you to know this doesn’t go unnoticed.” It was well received. RuPaul made sure they gave me a personal goodbye and it felt good. So I was like, OK, I got to get into [Drag Race].” [Laughs]

I try to tell people – and myself – that you don’t need to remind famous people of who they are. When I’ve met some famous actors or musicians, I try to ask questions they are not asked every single day for decades. Just ask, “How are you doing? How’s your day going?”

The first time I met Erykah [Badu], it was at a video viewing party. I wasn’t starstuck, but [I thought], “Oh my god, I’m sitting next to Erykah Badu. We’re sharing the devil’s lettuce together!” [Laughs] I kept the composure. We had a good chat. She asked me, “Have I seen you before?” She doesn’t know me personally, but she saw me on the side of the street in Deep Ellum and she waved at me.

What’s the rest of the year look like for you?

I’m releasing my second full album on my birthday. I’m having a met gala for my birthday. Other than that, I’m just gonna be hitting the stages, especially after I finish this record. I told myself after I played with Marc that I wasn’t going to do another Dezi 5 show until I had new music. But I already had this seven-year anniversary contract with Harvest House. To be quite honest, I’m glad that I did, because it felt really good to be back onstage. I’m getting hungry again. I’m ready. 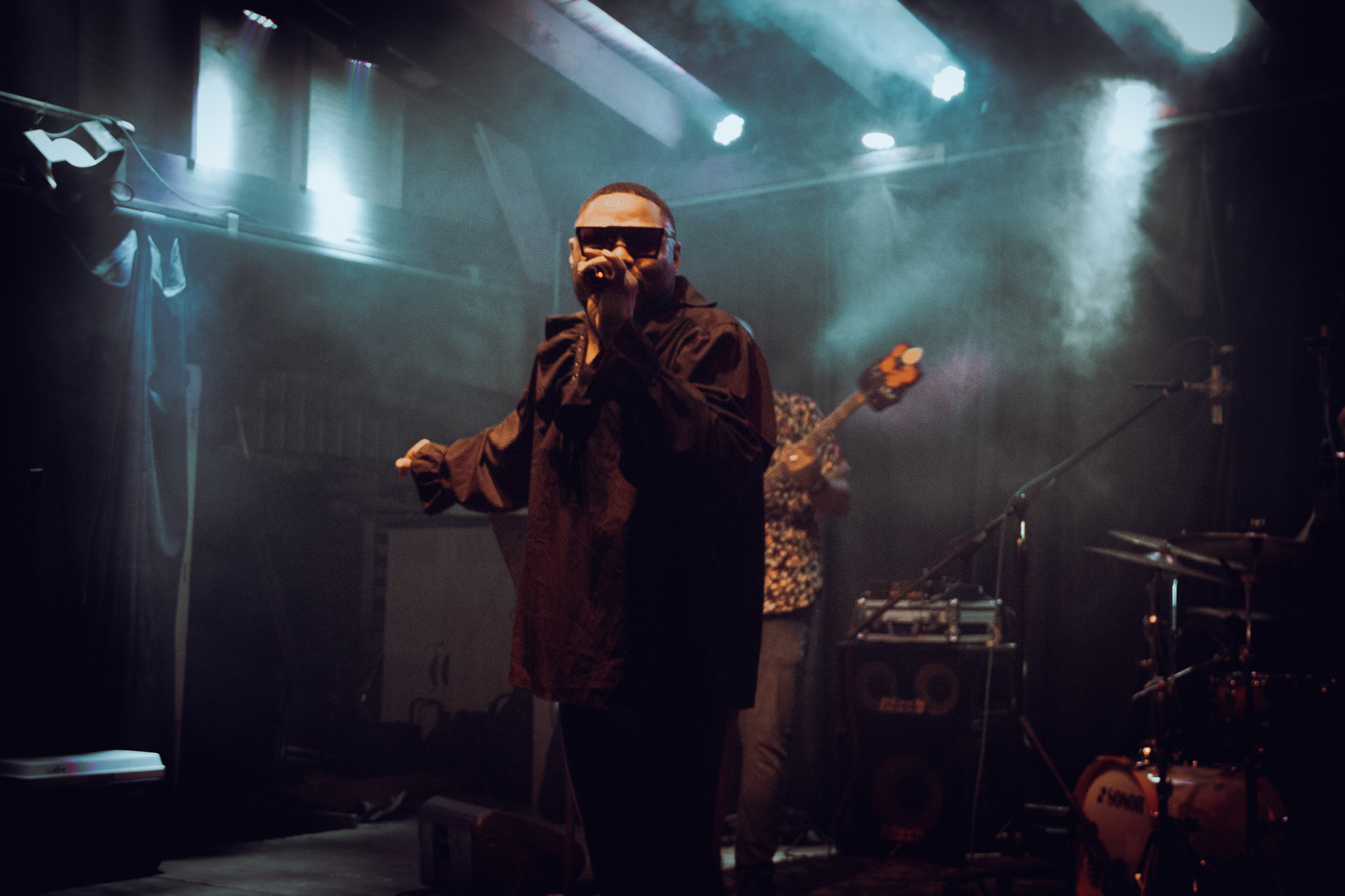