Put El Bombi In The MLB All-Star Game, You Cowards! 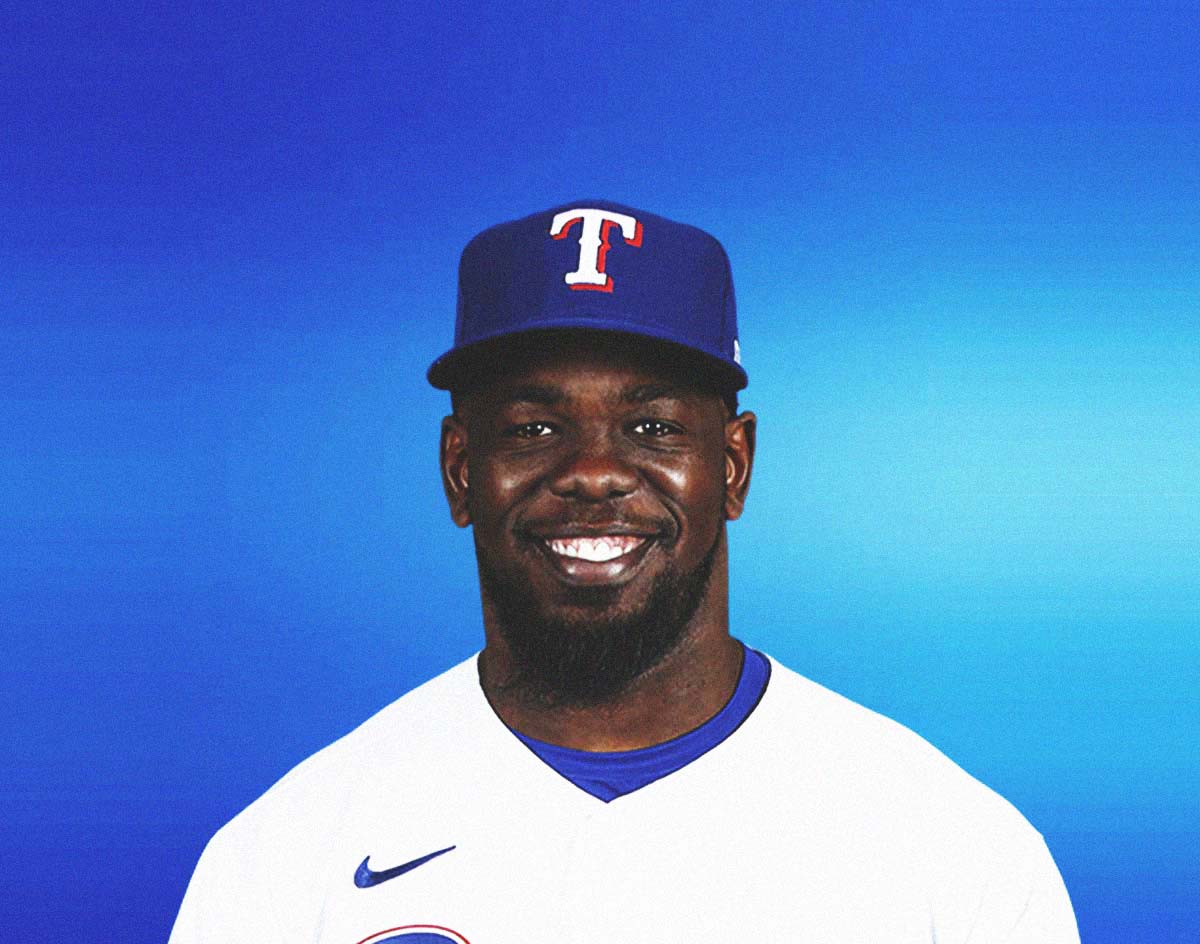 Late-Blooming Rookie Outfielder Adolis Garcia Is Making An Otherwise Atrocious Texas Rangers Team Worth Watching This Year. Let’s Give Him His Due.

Update: Well, look at that! Our man made the team — and along with teammate Joey Gallo and Kyle Gibson, too!

It’s a rough time to be a Texas Rangers fan.

At the time of this writing, the team boasts a horrid 32-49 record on the season — a won-loss percentage that stands as the second-worst in the American League and the fourth-worst in all of baseball. I think it’s safe to say that an AL West basement-dwelling roster isn’t quite what the franchise had hoped to field as it finally opened up its shiny new stadium‘s stands to fans this year.

Amidst the darkness, though, there has been one shining light out at Globe Life Field of late: Adolis Garcia.

Much like his nickname implies, the man they call “El Bombi” has added an explosive element to this mostly meager Rangers team. He is no sparkplug; rather, he is an incendiary device that other teams are forced to reckon with in the middle of the Rangers lineup. Batting third or fourth in tandem with Joey Gallo, Garcia has made quite the name for himself in Major League Baseball in just three months of play. Beyond rocketing up to the top of “Rookie of the Year” conversation, he’s also building a strong case to represent the Rangers in the All-Star game– voting for which is currently underway.

And I don’t think it’s an overstatement to say Rangers fans are here for every exciting second of it.

One of the biggest concerns for the Rangers heading into this season was finding a right-handed power bat to balance out a lefty-heavy lineup. The team attempted to address this by trading beloved longtime shortstop Elvis Andrus to Oakland for the historic Ranger-killing designated hitter Khris Davis and backup catcher Jonah Heim. While many Rangers fans wholeheartedly supported this move, it wasn’t ever going to be a long-term solution. Davis can hit a dinger here and there, but he can’t throw. Plus, the Rangers have plenty of younger bats that can occupy the DH spot.

What no one foresaw was a solution arriving in the form of a 28-year-old rookie who’d been waiting in the wings all along.

If you’re the level of baseball nerd I am, you’ve read and listened to plenty of stories about Garcia’s career trajectory by now. The highlights here surround his Cuba defection, a stint playing in Japan and some time spent in futility with the St. Louis Cardinals — who are almost certainly kicking themselves these days for trading Garcia this way for nothing but cash considerations in return. (Could this be karma for how the Cards themselves were basically given their star third baseman Nolan Arenado by the Colorado Rockies? Who knows.)

But the real story here is Garcia’s on-field performance this season.

He’s still early on in his major league run, but his late-blooming skills and knack for heroics have been drawing comparisons to previous head-turning Rangers slugger Josh Hamilton — and that’s not necessarily a bad thing. The two indeed have a lot in common: Like Hamilton before him, Garcia too mans centerfield, hits with great power and has a knack for igniting the Rangers’ offense just when such a spark is needed.

Of course, they’re also two completely different players and human beings: Whereas Hamilton readily spoke to Rangers broadcaster Emily Jones in his (sometimes hilarious) Southern drawl, Garcia uses a translator when speaking with the media. And while Hambone had his well-documented off-the-field issues, there’s also no denying the winning mentality that he and the Rangers embodied when he was at the top of his game.

Garcia, however, is coming into form as a player during a different, and decidedly less-winning, era for the franchise. But he could one day be part of a turnaround.

Could he eventually boast a Hamilton-type batting average? Possibly. As of this writing, he’s hitting .269 on the season — pretty good considering how poorly most MLB players are hitting the ball across the board this year. Can he elevate his defense to Hamilton levels? Also possibly. Remember the game saving/winning throw he made against the Mariners almost three weeks ago? We’ll take more where that came from, please.

Garcia’s surprise ascension arrives as the Rangers find themselves in all-out rebuilding mode. The front office is well-committed to this front, too, making the necessary moves of trading away the team’s most-tenured, well-loved players to make way for a younger, higher-ceiling future. Whereas old heroes like Andrus reminded fans of the World Series appearances now a decade past, and Rougned Odor reminded everyone of his infamous knockout punch of Jose Bautista, there’s no real value in holding onto history like — especially when even those glory days still don’t include a World Series title.

Even as the team takes its lumps this season, there’s reason for optimism. Shortstop Isiah Kiner-Falefa, who won a Gold Glove at third base last year, gives off major Michael Young vibes at the plate. Catcher Jose Trevino is a great Twitter follow, and an even better pitch caller and defensive player. Nick Solak is a solid second baseman and second-in-the-order hitter. Pitcher Dane Dunning, who the team acquired from the White Sox for Lance Lynn, is also showing great promise.

Leading this pack of fresh faces, though, is the one and only Jose Adolis García. “El Bombi” himself, a man no one saw coming, currently sits among AL leaders in home runs (T-3rd, 20) and RBIs (T-8th, 55) — while leading all MLB rookies in all three categories, too.

While there’s reason to believe the future could be bright for any number of young Rangers, Garcia’s time is quite clearly right now, in this very moment.

And, if there’s any justice in this world, he’ll soon be an All-Star, too.